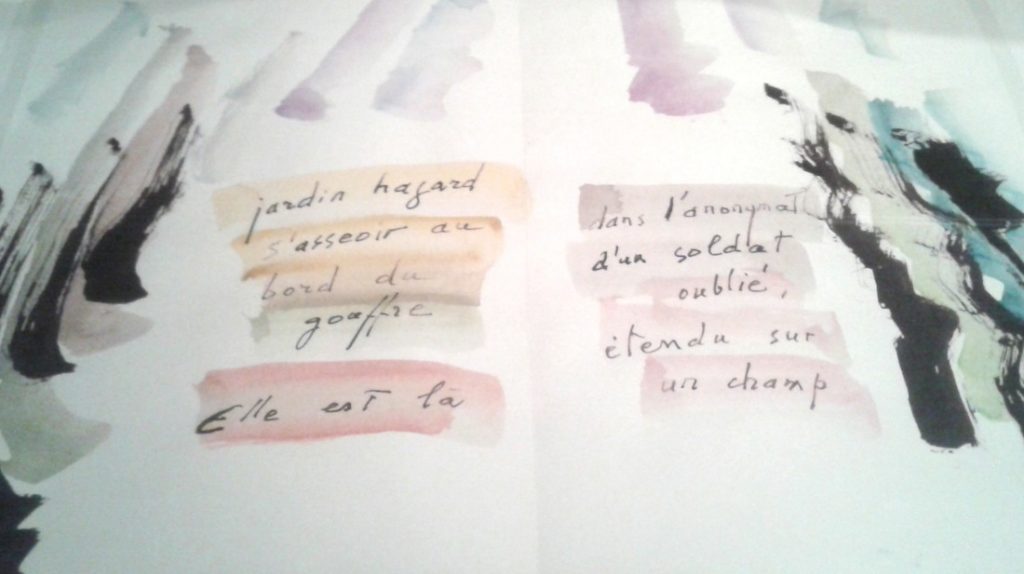 The old world began to decline. The pleasure-garden of the young race withered away—up into more open, desolate regions, forsaking his childhood, struggled the growing man. The gods vanished with their retinue—Nature stood alone and lifeless. Dry Number and rigid Measure bound it with iron chains. Into dust and air the priceless blossoms of life fell away in words obscure. Gone was wonder-working Faith, and its all-transforming, all-uniting angel-comrade, the Imagination. A cold north wind blew unkindly over the rigid plain, and the rigid wonderland first froze, then evaporated into ether. The far depths of heaven filled with glowing worlds. Into the deeper sanctuary, into the more exalted region of feeling, the soul of the world retired with all its earthly powers, there to rule until the dawn should break of universal Glory. No longer was the Light the abode of the gods, and the heavenly token of their presence—they drew over themselves the veil of the Night. The Night became the mighty womb of revelations—into it the gods went back—and fell asleep, to go abroad in new and more glorious shapes over the transfigured world. Among the people who too early were become of all the most scornful and insolently estranged from the blessed innocence of youth, appeared the New World with a face never seen before—in the poverty of a poetic shelter—a son of the first virgin and mother—the eternal fruit of mysterious embrace. The foreboding, rich-blossoming wisdom of the East at once recognized the beginning of the new age—A star showed the way to the humble cradle of the king. In the name of the distant future, they did him homage with lustre and fragrance, the highest wonders of Nature. In solitude the heavenly heart unfolded to a flower-chalice of almighty love—upturned toward the supreme face of the father, and resting on the bliss-foreboding bosom of the sweetly solemn mother. With deifying fervor the prophetic eye of the blooming child beheld the years to come, foresaw, untroubled over the earthly lot of his own days, the beloved offspring of his divine stem. Ere long the most childlike souls, by true love marvellously possessed, gathered about him. Like flowers sprang up a strange new life in his presence. Words inexhaustible and the most joyful tidings fell like sparks of a divine spirit from his friendly lips. From a far shore, born under the clear sky of Hellas, came a singer to Palestine, and gave up his whole heart to the wonder-child:

The youth thou art who ages long hast stood
Upon our graves, so deeply lost in thought;
A sign of comfort in the dusky gloom
For high humanity, a joyful start.
What dropped us all into abyssmal woe,
Pulls us forward with sweet yearning now.
In everlasting life death found its goal,
For thou art Death who at last makes us whole.

Filled with joy, the singer went on to Hindustan—his heart intoxicated with the sweetest love; and poured it out in fiery songs under the balmy sky, so that a thousand hearts bowed to him, and the good news sprang up with a thousand branches. Soon after the singer’s departure, his precious life was made a sacrifice for the deep fall of man—He died in his youth, torn away from his beloved world, from his weeping mother, and his trembling friends. His lovely mouth emptied the dark cup of unspeakable woes—in ghastly fear the birth of the new world drew near. Hard he wrestled with the terrors of old Death—Heavy lay the weight of the old world upon him. Yet once more he looked fondly at his mother—then came the releasing hand of eternal love, and he fell asleep. Only a few days hung a deep veil over the roaring sea, over the quaking land—countless tears wept his loved ones—the mystery was unsealed—heavenly spirits heaved the ancient stone from the gloomy grave. Angels sat by the Sleeper—delicately shaped from his dreams—awoken in new Godlike glory; he clomb the limits of the new-born world—buried with his own hand the old corpse in the abandoned hollow, and with a hand almighty laid upon it a stone which no power shall ever again upheave.

Yet weep thy loved ones tears of joy, tears of feeling and endless thanksgiving over your grave—joyously startled, they see thee rise again, and themselves with thee—behold thee weep with sweet fervor on the blessed bosom of thy mother, solemnly walking with thy friends, uttering words plucked as from the Tree of Life; see thee hasten, full of longing, into thy father’s arms, bearing with thee youthful humanity, and the inexhaustible cup of the golden future. Soon the mother hastened after thee—in heavenly triumph—she was the first with thee in the new home. Since then, long ages have flowed past, and in ever-increasing splendor have stirred your new creation—and thousands have, away from pangs and tortures, followed thee, filled with faith and longing and fidelity—walking about with thee and the heavenly virgin in the kingdom of love, serving in the temple of heavenly Death, and forever thine.

Uplifted is the stone—
And all mankind is risen—
We all remain thine own.
And vanished is our prison.
All troubles flee away
Thy golden bowl before,
For Earth and Life give way
At the last and final supper.

To the marriage Death doth call—
The virgins standeth back—
The lamps burn lustrous all—
Of oil there is no lack—
If the distance would only fill
With the sound of you walking alone
And that the stars would call
Us all with human tongues and tone.

Unto thee, O Mary
A thousand hearts aspire.
In this life of shadows
Thee only they desire.
In thee they hope for delivery
With visionary expectation—
If only thou, O holy being
Could clasp them to thy breast.

With bitter torment burning,
So many who are consumed
At last from this world turning
To thee have looked and fled,
Helpful thou hast appeared
To so many in pain.
Now to them we come,
To never go out again.

At no grave can weep
Any who love and pray.
The gift of Love they keep,
From none can it be taken away.
To soothe and quiet his longing,
Night comes and inspires—
Heaven’s children round him thronging
Watch and guard his heart.

Have courage, for life is striding
To endless life along;
Stretched by inner fire,
Our sense becomes transfigured.
One day the stars above
Shall flow in golden wine,
We will enjoy it all,
And as stars we will shine.

The love is given freely,
And Separation is no more.
The whole life heaves and surges
Like a sea without a shore.
Just one night of bliss—
One everlasting poem—
And the sun we all share
Is the face of God.

This document is from the Web site Novalis: Hymns to the Night at:

It is a revision of George MacDonald’s translation in the following work:

PR 4967 R34 1897 from the Humanities Research Center at the University of Texas.