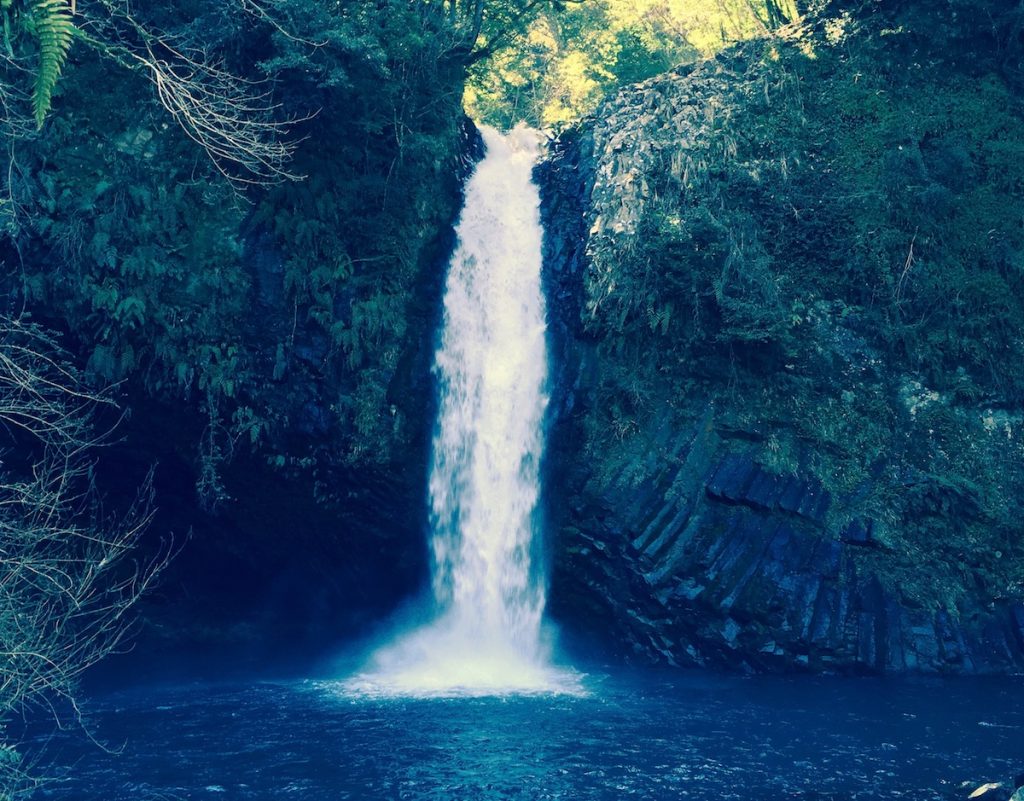 THE PORTED fingers of glass hang downwards. The light slides down the glass, and drops a pool of green. All day long the ten fingers of the lustre drop green upon the marble. The feathers of parakeets—their harsh cries—sharp blades of palm trees—green, too; green needles glittering in the sun. But the hard glass drips on to the marble; the pools hover above the dessert sand; the camels lurch through them; the pools settle on the marble; rushes edge them; weeds clog them; here and there a white blossom; the frog flops over; at night the stars are set there unbroken. Evening comes, and the shadow sweeps the green over the mantelpiece; the ruffled surface of ocean. No ships come; the aimless waves sway beneath the empty sky. It’s night; the needles drip blots of blue. The green’s out.

The snub-nosed monster rises to the surface and spouts through his blunt nostrils two columns of water, which, fiery-white in the centre, spray off into a fringe of blue beads. Strokes of blue line the black tarpaulin of his hide. Slushing the water through mouth and nostrils he sings, heavy with water, and the blue closes over him dowsing the polished pebbles of his eyes. Thrown upon the beach he lies, blunt, obtuse, shedding dry blue scales. Their metallic blue stains the rusty iron on the beach. Blue are the ribs of the wrecked rowing boat. A wave rolls beneath the blue bells. But the cathedral’s different, cold, incense laden, faint blue with the veils of madonnas.