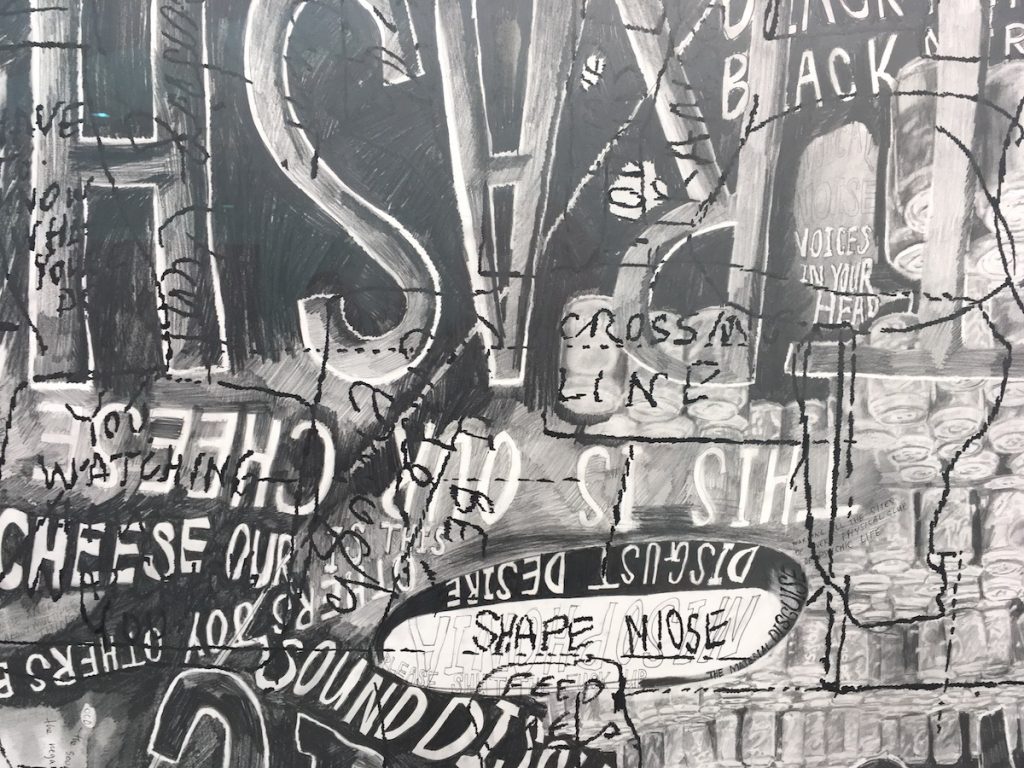 
From the shadow of domes in the city of domes,
A snowflake, a blizzard of one, weightless, entered your room
And made its way to the arm of the chair where you, looking up
From your book, saw it the moment it landed. That’s all
There was to it. No more than a solemn waking
To brevity, to the lifting and falling away of attention, swiftly,
A time between times, a flowerless funeral. No more than that
Except for the feeling that this piece of the storm,
Which turned into nothing before your eyes, would come back, That someone years hence, sitting as you are now, might say:
“It’s time. The air is ready. The sky has an opening.”

On the cover: a graphite drawing on paps by Kaari Upson (psychic trash, 2017-18) seen at Spruth Magers