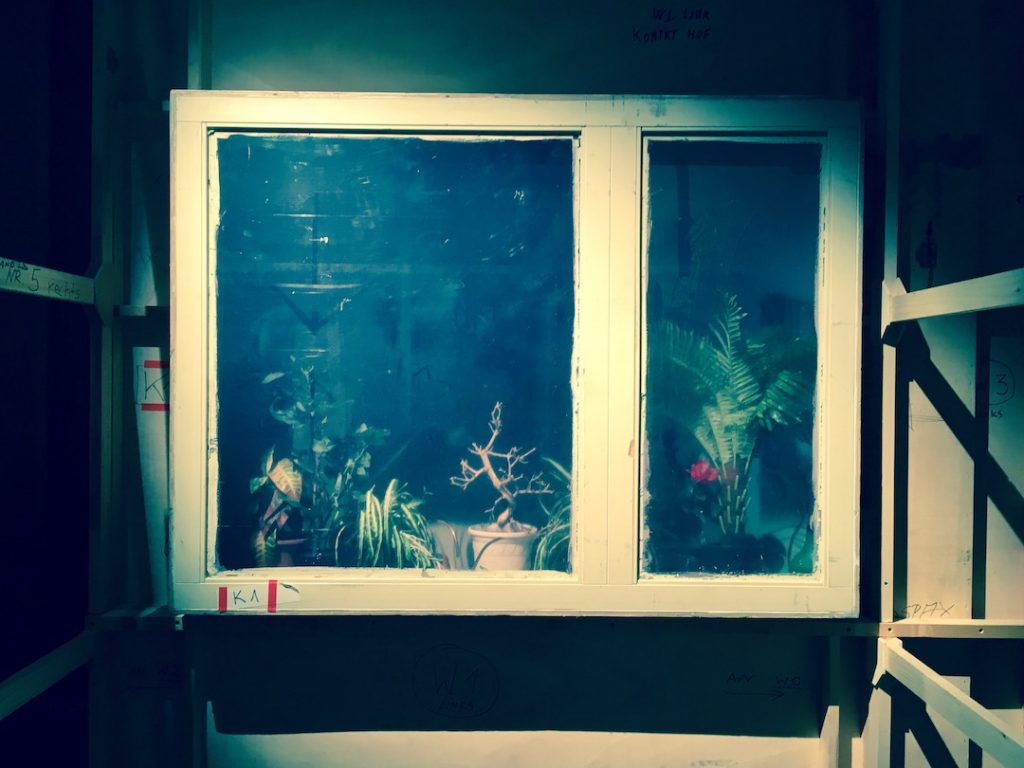 We live in a screen, in it we are located, within it we are dislocated. With TV shows like Black Mirror (2011-), the question of whether our lives, or more accurately our self-conscious, is a constant stream of simulations, feels more like a known cliché rather than an enlightened revelation. Nonetheless it begs for moral and philosophical reflections and audio-visual consciousness of where we locate ourselves, inside the screen unaware of our presence, invisible to ourselves but visible to others, or the complete opposite.

In an episode of ‘Still Processing’ podcast entitled ‘Fantasies’ New York Times film critics Wesley Morris and Jenna Wortham analyze the Academy Awards’ obsession to reward films that create a fantasy of healing racial tensions. In 1994, Forrest Gump revolutionized the use of CGI and Chroma keying by inserting the main character, Forrest into archival audio-visual materials that placed him within and interacting with deceased figures and set him on the stage of many important cultural and political moment of US history. Rather than reconstruct these scenes, Forrest Gump seamlessly integrated the character into these historical moments. There is a difference between reconstruction and simulation, especially when the act inscribes and injects the footage in ways that change our perception of that historical moment. Morris points out the scene where Forrest is put on campus when controversial Alabama Governor, George Wallace is denouncing the integration of black students in the University of Alabama in the summer of 1963. In this sequence we see Vivian Malone, one of the three new black students, dropping her notebook on her way inside the school. The visual effects people make it so that Forrest picks up the notebook and hand it to Vivian. Morris concludes that “you realize in a moment like that the movie is about Forrest, not Vivian.” What he means by that is that Forrest Gump, a white, naïve, kind hearted American who is fictional, becomes the story. This simulation into this archival material creates a very real fantasy of racial politics in America. And as Morris says this, I can’t help but be reminded that D.L. Hughley has been repeating this one sentence since 2018 as he made his tour around different talk shows promoting his book, ‘How to Not Get Shot’. “The most dangerous place for black people to live, is in white people’s imagination.”

Indeed, and not to take anything away from what D.L. is specifically addressing here, but use it as a jumping board to think about the many different imaginations our individual and political selves inhabit.  It thus becomes important to resist living in someone’s else imagination or fantasy. With the way simulation works so invisibly in our lives today on social media, our phones, computers and video games (you can also hire

Video Production Services from here) , it is just as dangerous to live in the simulated fantasies that we have created for ourselves.

Ironically, historically, The Thief of Baghdad (1940), a film that takes inspiration from Arabian Nights, and would go on to influence films such Aladdin, was also an important technical milestone in film history. Larry Butler invented the first proper Chroma key process for the special effects scenes in this film, and received the Academy Award for Best Special Effects in 1940, which revolutionized the production of motion pictures. It is not a coincidence that a film with orientalist fantasies about the Arab World ended up being the gateway for what we now commonly understand as the green screen and later CGI. What this technology meant is that you did not have to go anywhere in order to appear somewhere else. You could bring that landscape to you, and you could insert yourself into another remote location.

Jordan has had a long relationship with the green screen that mirrors its conception of itself, as well as what others have projected on to it. It was one of the locations for shooting the very famous Lawrence of Arabia in 1962, and in the last three decades as the region continued to spiral in uncertainty, it slowly branded itself as a location destination for Hollywood period films. The streets of Talbieh refugee camp would stand in for the streets of Iraq in the Hurt Locker (2008), the orange tinge of Wadi Rum would make up the visual mysteries and wonders of films such Stars Wars and The Martian (2015). At another moment in time, the streets of Amman were also the sites that the Palestinian Revolutionary Film Movement used to produce films about Palestinian armed resistance. For them, these streets were a stand in, although a different kind, to Palestine. Parallel to this was a surge in Arab independent filmmaking, most notably Annemarie Jacir’s When I saw you (2012), and the ‘Arab Western’ period film Theeb (2014).

Jordan has seen everyone from Godard, Mat Damon, Annemarie Jacir and John Stewart walk and film its landscapes. Jordan has always been there on the screen but somehow also invisible to the eye.