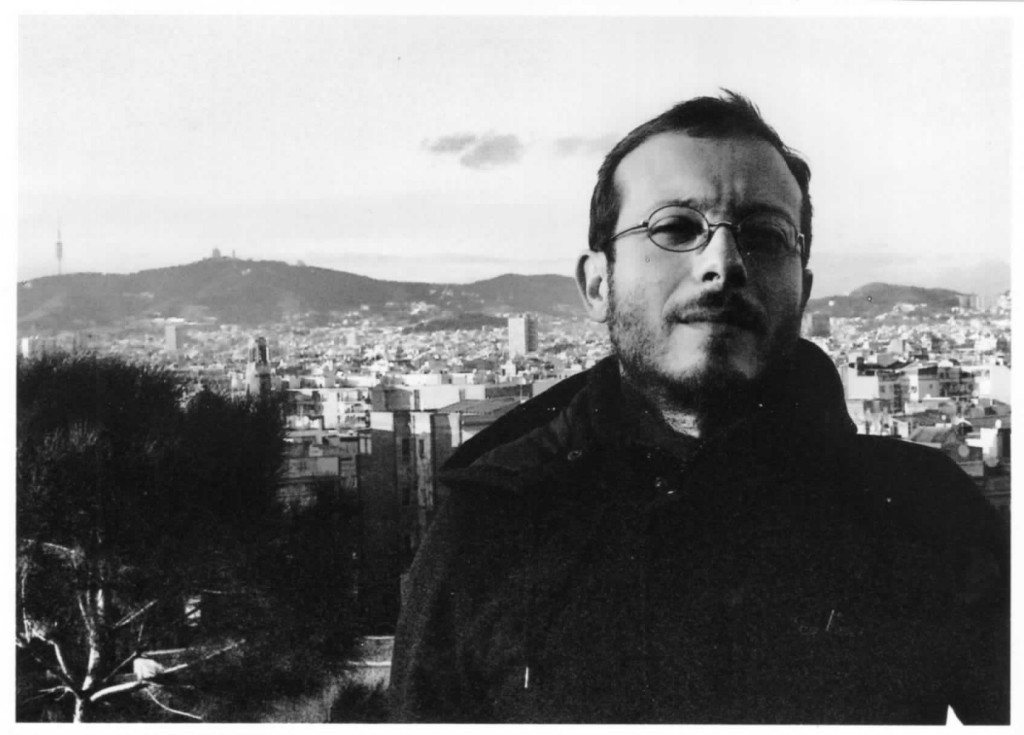 Your story in few lines, with a sharp focus on the city(ies) that you actually call home. What do you miss of Milan when you’re in Barcelona and viceversa?

I am born and raised in Milan, Porta Garibaldi – where I attended high school at Liceo Parini and then the university at Statale – but I have also been a lot in Barcelona, a city where I continuously return to work. I cannot renounce to Milan, because here I have the dearest one and the places richest in recalls – that is also sometimes a problem. The beauty of Milan is introverted, it must be searched in secret corners, it is not eye-catching. Even fashion, on which the city smoothed over in the last decades, has been not able to nullify its authenticity.

You can only speak well of Barcelona, it is a welcoming, vital, youthfulness city that treasures any diversity – geographical, cultural, social, sexual, and so to be…When I am in Milan I miss that seaside glee and the places Barcelona grants to creativity – purpose-built parks, panoramic paths, benches, gathering areas. Milano, on the contrary, is a Calvinist city but some yet deeper anxieties are hidden in the folds of productivities and consumption, as the crowded cultural scene proofs.

When somebody asks you, in a salon, what do you do, which is your profession, do you answer ‘the poet’?

No, I answer that I’m a journalist, I do not like to draw attention. Anyway, I always felt poets as woodworkers or tailors, who work until the burn-out on details which maybe nobody will pay attention to.

At which age did you understand you would become a poet?

I started to write when I was at the junior school but I kept the decorum to do not show anything to anybody until my eighteenth year, when I met a great contemporary poet as Maurizio Cucchi. Since that moment, fortified by systematic readings, the awareness of my work increased, thanks also to the comparison with already historicized authors and with the peers.

What do you need to write – secret rooms, crowded bars, nature….?

I write as a painter works, I take notes on pocket notebooks (or on the mobile) in the most diverse places but I sew my writings within the silence of my home. The walk is part of a job of an artist. The city, crowded by a many-sided mankind and by action, is one of the most important traces of my poetry, but of course the nature has always a higher interest in my research, even if it appears transfigured and misdirecting.

The most important achievement, personal or public, reached until today as a poet?

I should reply the awards and the prominent publishers I got, but I prefer the respect of the readers. The audience reading poetry is often a very cultured élite.

Poets, at least in Great Britain, are know as binge drinkers who do not pay the bills, do you adhere to this clichè?

I know the most interesting English peer poets, Jack Underwood and Sam Riviere, and I do not see they do not pay their bills. Also because poets, there, gain awards starting from 50.000 euro and are immediately co-opted by universities and publishers. Here things go a little bit differently given the clientelism. I confirm anyway the first part of the legend: they love to drink beer, and me too.

How do you engage yourself for a better society, what do you really take for?

I have a socialist cognizance and do not put up with the animals’ pain, I act as a consequence of that: I do not own a car, I bike, I travel with the train if I can avoid to take a plane, I am careful when I eat and spend my money. I try, with my work, to let ideas circulate.

Something nice happened to you recently, on the personal level?

In some troubled times, I found to have beautiful and irreplaceable people beside.

Where do you place slowness in your life?

Slowness is crucial, I practice it as far I can, because it allows to pick the most important sides of life. We often loose the deepest sense of pleasure through the stress of contemporary life, that pleasure is made of small things running away from the perception of who is used to cultural surrogates of rapid consumption – roundelays, commercial novels, television…

Being a very Milanese, risottos. From the clear parmesan ones to those lake-tasting made with persico (a quality of fish), until the classical ones with Barolo (a wine) and porcini. I also love parmigiana di melenzane (stuffed eggplants with mozzarella and tomato sauce) and pizza. I prefer, among sweets and treats, the one coming from the North.

A drink or a favourite wine?

I like the Tuscan still red wines, above all I prefer the Km 0 blonde beer. About spirits, I drink only gin and whiskey, even if I like here and there to pick up ‘old’ alcoholic drinks as Braulio, Unicum, Absinthe and the Brandy of Jerez.

Alberto Pellegatta has been interviewed by Emina Cevro Vukovic, writer

Alberto Pellegatta is born in Milan on 1978. He lives and works between Milan and Barcelona. He published on 2017 for Mondadori Ipotesi di Felicità and before L’ombra della Salute in the collection ‘Lo Specchio’ (Mondadori 2011). He is in the poem anthologies I poeti di venti’anni (curated by Mario Santagostini, Stampa 2000), Nuovissima Poesia Italiana (curated by M. Cucchi and A. Riccardi, Mondadori 2004) and Almanacco dello Specchio (Mondadori 2008). He is the author of the collection Mattinata Larga. He won the first edition of Premio Biennale Cetonaverde Poesia and the award Premio Amici di Milano. He writes about arts (L’artista, il poeta, catalogo Skira 2010) and he is contributing critic for newspapers and magazines. He is editor in chief of the poetry collection ‘Poesia di Ricerca’ for Edb Edizioni (Milan). He has been among the jurors of Premio d’arte San Fedele and Premio Maccagno, focusing on young artists.

To read him on his blog and on FB: