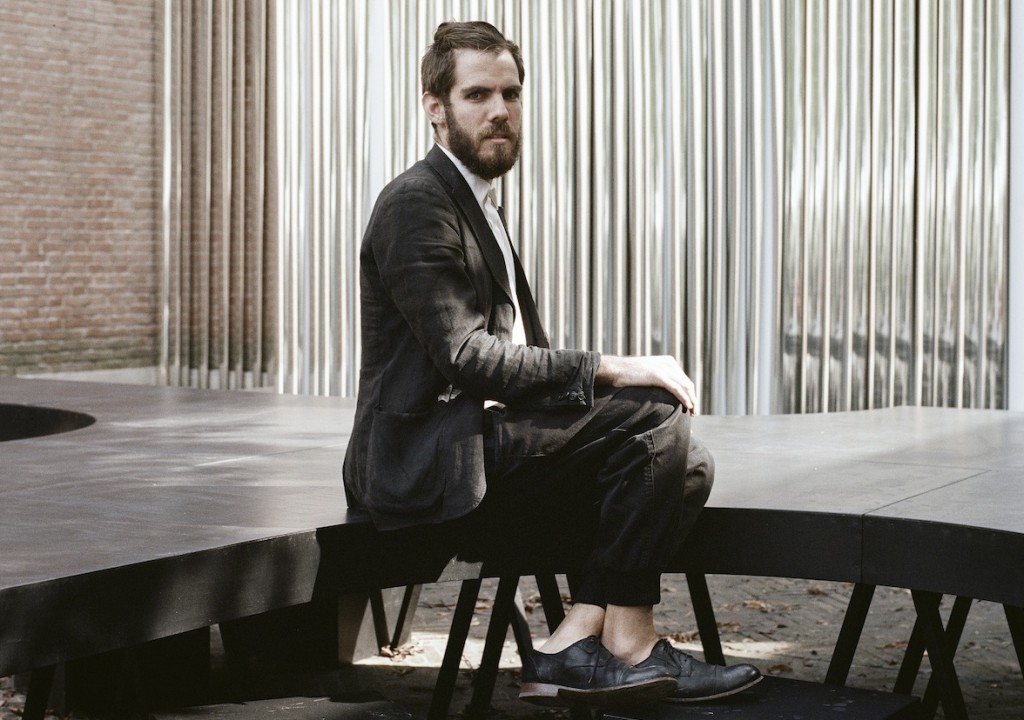 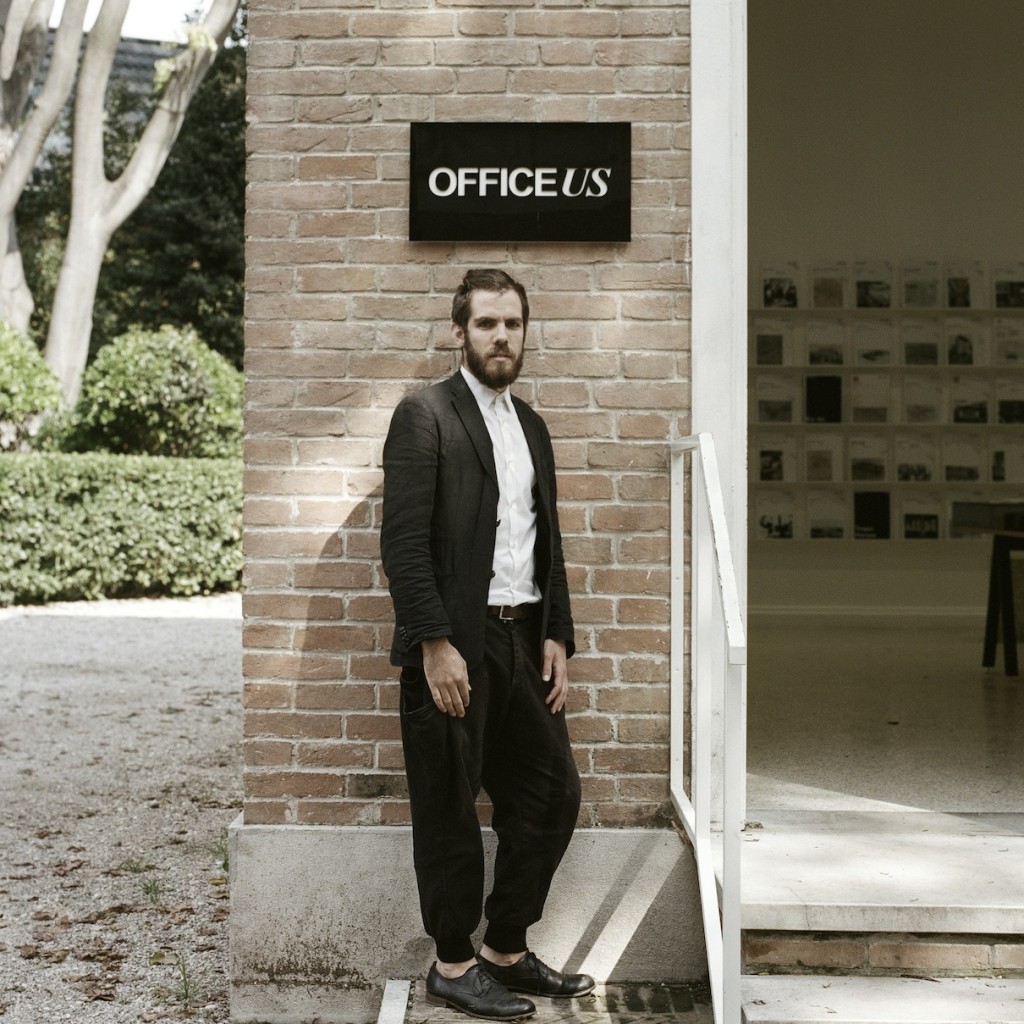 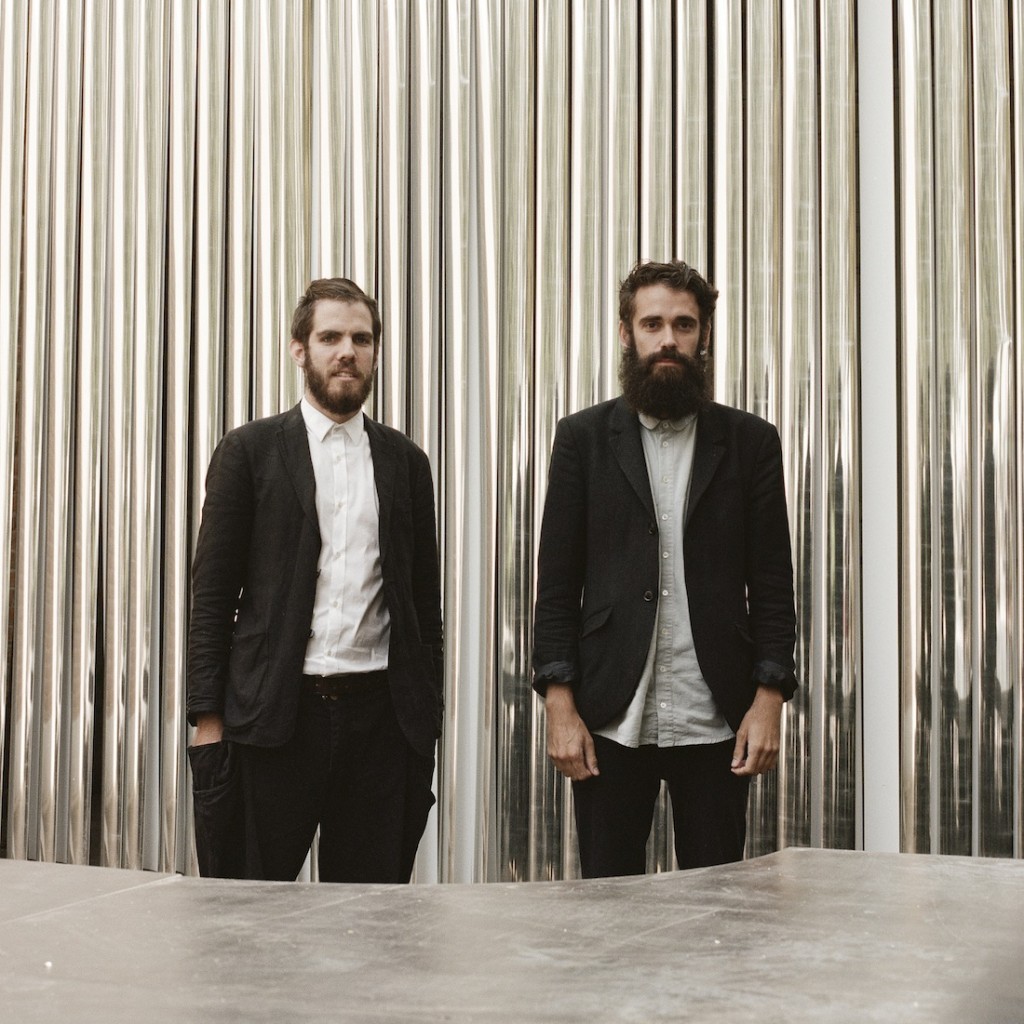 Entering the U.S. Pavilion at the Venice Architecture Biennale (OfficeUS), you’ll find a rationalist building permeated by a paradox: it has been set out as a “performing” library and a contradictive repository. It hosts the grammar of the power and its counterpart: the new generation of practitioners who constantly erode its role or play camouflage with it. The library contains the modernist architectures built abroad by US architects in the interval 1914-2014. Besides wandering throughout and consulting the selected projects (that are displayed privileging a keen, somehow extreme aesthetics in terms of graphics, usability, keyword navigation and spatial comfort leading the audience to stay as much as possible in the exhibition space), you can feel yourself “activated” without heavy requests in a working space where students, performers and many guests interact on a daily basis. The sketch-board of OfficeUS however starts before, within its website, where you can find the agenda, all the research documents, live streaming and the possibility to organise hangouts with them, the consistence of the library and all the possible tools (including a site-specific soundtrack going on 24/7). Then you can decide how to join them, when and for what purpose. Every day is different in this non-space.   What you will not miss is that this is the temple of US representational, political and economical power vis-à-vis other nations and states. The very refined exhibition and program (that has been ashamedly not awarded with a Silver Lion or a Golden Lion) has been conceived with a very low budget and by lots of donors thanks to a very active New York based non-profit architectural and arts space Storefront, curator of the pavilion. I met two of the six very young partners taking on their shoulders the practical realization of this amazing way to speak and make visible what moves architecture and urban design: privileges dressed up sometimes by democracy, sometimes by modernism, sometimes by private initiative with costing public effects. The two partners are Alon Schwabe and Daniel Fernández Pascual. They are also forming their own performance arts practice called Cooking Sections. This interview has to be a double sip, possibly switching from one to the other.

Your story in a few lines, Alon Schwabe

I am 30 years old. I was born in Tel Aviv (Israel) and lived there for several years. Then I got to do this kind of works in several directions. For many years I’ve been involved in theatre and performance working for different companies and choreographers there; later on I did a few projects on my own and I directed a few performances. I became more and more interested on what I would consider as public realm and how performance can happen in public spaces. So I came in the urban realm with an architectural approach. I also co-curated the Bat-Yam International Biennale of Landscape Urbanism. I collaborated with a performance theatre in the same city: it was happening on all the balconies of the surrounding houses (professional actors and artists were acting with the inhabitants, in order to rethink how you can make a performance in this setting). After that I moved to London where I studied at the Centre for Research Architecture (Goldsmiths College) completing my master program. Since then I am based in London: there I met Daniel and we started our collaboration.

“Mind the atmosphere, OfficeUS, including you, is working”. Which has been your role in activating the pavilion research and then, once in Venice, in making it work?

I am here as part of the six partners that are working on this. The others are – beside my Cooking Sections partner Daniel – Arielle Assouline-Lichten, Curtis Roth, M-a-u-s-e-r- (Mona Mahall, Asli Serbest), Manuel Shvartzberg Carriò and Matteo Ghidoni. During the past few months in Venice we’ve been conducting a research and doing works on different issues, as buildings and contemporary topics emerging out of the archive that is presented in OfficeUS. We’re here mostly six days a week working on a wide range of projects: designing new imagery practices, cooking and developing new recipes, doing dinners, presentations, talks. A bit more than a year of research – conducted by the curators and a group of students (coming from MIT Department of Architecture, Austin E. Knowlton School of Architecture at The Ohio State University) – has been done before the launch of the pavilion.

What really drives our practice is not so much the food itself but more about what kind of landscape, architecture and territories are being produced by food. In this sense, we use food both as a means of research and as its end – as a way of modelling, representing, recreating these territories. It is a constant circle, a research-based practice and a practice-based research approach.

Can you present us in particular your work “Dietary Confinement”? Who was commissioning it to you?

It was first born as an article and a photo-essay for Displacements Journal, then exhibited in ACC Weimar (Politics and Pleasures of Food exhibition). Today (September 24, 2014, the day in which this interview took place outside the US Pavilion in Venice) it has been published also in Hebrew in another magazine called Igud Einyanim (arts magazine curated by Artists Association in Israel).

Daniel: I am curious to know which kind of effect it is going to have…

Alon: It is a magazine edited by a curator, Ms Hadas Kedar: she is both a curator and an editor, preparing the magazine during the war this summer. The issue of this magazine is on peripheries. The position the magazine takes on the latest happenings in Israel is very criticized. We will see, it is hard to know what the effect of the project will be!

Have you been already invited to exhibit in an Israeli gallery?

Alon, Daniel (together): We are in the process of…

So this article could boost the process or stop it forever… Yes (they smile): we will see if the door will be opened or shut.

How did you meet Storefront?

Alon: I first got in contact with them via a project I did with WochenKlausur (Vienna) and Daniel was invited in an exhibition led by them last year in New York where he was part of the curatorial team.

My unexpected meeting to quote is more focused on future. So my very expected future encounter I will have is that very good friends are coming to visit me (The Muslin Brothers, a 30-year-old duo formed by a fashion designer and an artist with whom we work a lot). It was an unexpected surprise when they told us that they will come to visit us in Venice. The relation and the exchange with them started (also quite unexpectedly) in London.

What does society do for you and what do you do for society?

We are speaking now of the European decaying welfare society, but I am not an European artist, as Daniel is, and so I do not have access to the same grants that are almost not existing in Israel. There we do not grow up as a person, but as artistic personalities, so I had always to find the cracks in the wall to be able to express myself as I believe, because it is not always legitimate.

One of the greatest books I have been recently reading will be published in November for Verso Books, its first version was following me in the work and in the research here. It is Extrastatecraft: The Power of Infrastructure Space, a book by Keller Easterling. It is an amazing research she has conducted over the past 7 years. She gave us a preview copy to read before its publication. I would rather love to speak of the absence of music in Venice (I met the duo during a techno party they organized in a squatted theatre at Lido, where we finally enjoyed long dancing hours, a rarity in Venice). I have a friend from Tel Aviv, Eyal, who studies Egyptian Cinema and is also a dj in a party happening once a week, called Re-Levant. They do Mediterranean music recreating the Mediterranean Landscape, which I really miss.

I enjoy my work as much I enjoy my vacation. They switch themselves very easily. Everything comes together.

What have you learned from life? Many things – or nothing.

Are you born also in the same day?

Alon, Daniel: No, that will be too much!

Alon Schwabe has been pictured by Laura Volpato, Treviso, outside the U.S. Pavilion, Giardini Biennale, Venice, with  Hasselblad.