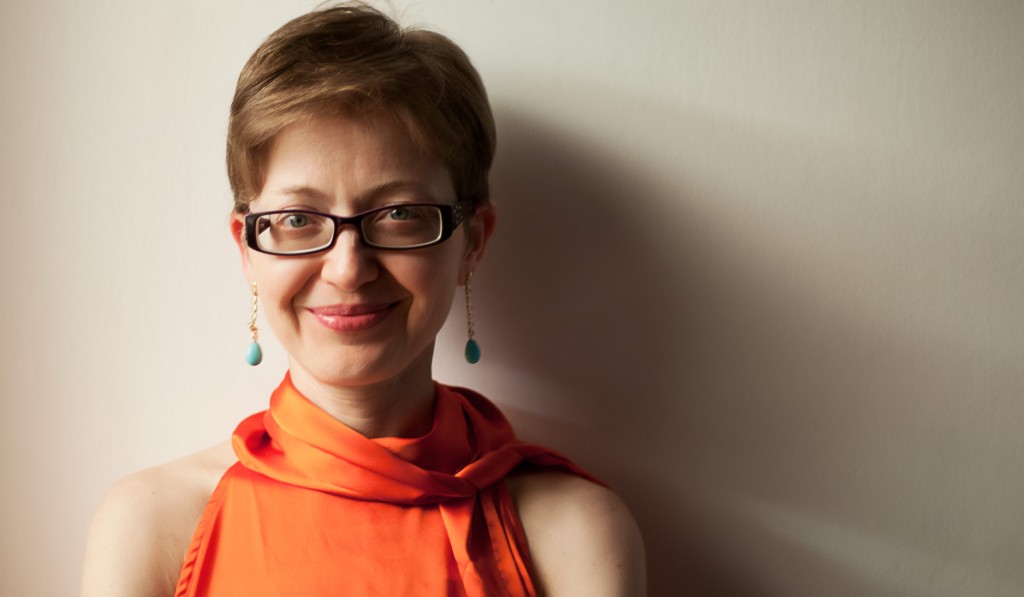 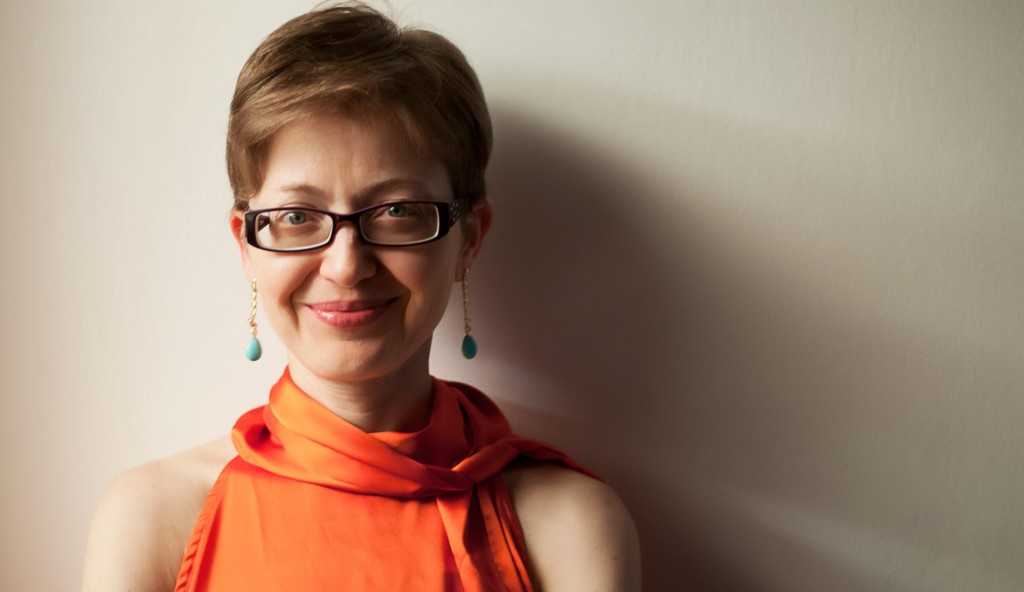 My story in 10 lines? I was born in 1972 at Torre del Greco, below the Vesuvius. In 1990 I finish secondary school focusing on humanities and publish my first article on a small but pugnacious local “newspaper”. A few years later I graduate in literature at the University of Naples with a dissertation on Ribera, as supervisor I have the Caravaggio expert Vincenzo Pacelli. During and after (with some interruptions), I write for daily newspapers, periodicals, online and printed art newspapers and exhibitions. In 2006 I’m told I have a teaching position in a state school. In the meantime I continue to write. Three years later I head north. School, family, distances… I seldom write, I don’t write. Hardly. Now I have a blog requiring more attention, especially from me, and some occasional collaboration. Anything else about myself I wouldn’t know how to tell…

What have you given to the cities you’ve been through and what have they added to your life?

Naples: love, passion, a little bit of fame, but also disappointment and anger. Above all meetings and friendships. All this is what the city has given to me were my life started. In exchange, though luscious to say, I’ve given words and developed visceral feelings.

Ravenna: an ascetic year. What have I given her? Well, I’ve a few ex pupil friends on Facebook!

Torre del Greco: problematic link. Only lately am I with difficulty making it up with my “dormitory”, a place of not very nice memories but above all oppressing ones. If you add the catastrophist phobia for imminent Volcano eruption and a kind of provincial meanness mixed with a sense of inferiority, out comes quite a dead weight! My “legacy” is limited to a few private belongings.

With Casale Monferrato it wasn’t simple to gain familiarity. It has drained a great deal of my energies, more so than I could afford: apart from the school, a cultural association, a candidature for local council, an exhibition event. In other words, it has taken almost five years, but I feel that this is the place where I’m making my biggest investments.

What does Casale, and its society in particular, do for you?

Instinctively, I’d feel like answering a full and joyous “nothing”. In truth, coming to think about it, moving has spurred me towards independence and has allowed me little freedoms. I drive a car, ride a bicycle, wear jewelry, I go about alone late at night. I’m not sure this is thanks to Casale, or else I just decided to do things here I could have allowed myself to do also in the south.

As for the casalese society, I can’t really figure her out: it would be banal denouncing the latent racism still present or the local cliché for “esageruma nen”, just as it’s rhetorical stating to have met amiable people. All in all, my relationships are few, a bit because of my dodging and lazy nature, who confronted with relationships is taken aback by some sort of performance anxiety, and a bit due to the typology of contacts that are sown especially in the schooling environment. If you’re from the south and you’re paired with someone from the north, as it is my case, it’s rare that the northern colleagues invite you out, maybe because they take for granted your “integration”; for the same reason, it is equally rare for the southern ones to do so, mainly on temporary contracts and single. So, I don’t know if I live a reclusive life because I’m a contemplating outsider, or else because I’m annoying and “unsocial”.

Can you tell me a beautiful moment you’ve lived, in the past and recently?

The majority of pleasant moments in my life are tied to art or to music. One goes back to over twenty years ago, during one of the first editions of “Maggio dei Monumenti”. Naples, Sunday afternoon. I’m hanging around with two friends around the Sanità neighborhood. Songs from the low-rises, voices from the balconies, smell of deep fry. Absolute peace. Extremely blue sky. We reach the Santa Maria church. Before entering, a hand covers my eyes. When I open them again, I see the main altar on top of the spectacular forked staircase. Full stop.

In recent times on the other hand I’ve built, or I’ve captured, significant moments, vessels of enthusiasm, satisfactions or emotions, but without sweetness or nostalgia. Beauty was lying somewhere else.

What place does writing have in your life?

At this moment, writing for me is like the phantom limb syndrome. The suburban sphere in which I live in and the scarce contacts don’t offer me those cultural and human opportunities essential to get back to the keyboard. For years, especially working with a daily newspaper, I lived with an adrenaline rush to deliver at once the story: each time I opened “Roma” and saw my name I was thrilled! When, suddenly, I stopped, I realized that the arts world (especially contemporary) had stopped amusing and stimulating me. I didn’t understand it anymore. I felt awkwardness and boredom. The visits to private galleries started thinning out, either for logistical problems, or since I had reduced the collaboration with several newspapers I wasn’t motivated anymore or “obliged” to write. If you don’t have a deadline, some readers, a project to share and an economic return, why bother?

Then followed frustration, the sense of guilt, the victimization: write, write for Christ’s sake, if you’re unable to, it’s because you don’t have all this talent after all, you didn’t have it before either. I was squandering a heritage, years gritting one’s teeth to fill in the vacuums, trying to wash away the preconceptions. Being a stutterer, I’ve always found myself (or put myself) in a condition of exerting twice as much effort, and I considered writing as a compensatory function, to express the words that jam in the throat, to assert my value beyond this obstacle which has been too often used for jokes. A lot to handle without a crisis bursting. I was seeing inside myself another person, and that person I disliked. To begin with, fingers were chasing thoughts, and suddenly all was lost. My head was a brick wall; the words stopped coming round to visit. The people around me didn’t seem to perceive this suffering of mine: they urged me to write, and I felt the worst off because I was overrun by expectations I was unable to fulfill. If I were unable to match the image I’d molded over myself with so much sacrifice, would they not accept me anymore? They wouldn’t love me anymore?

I tortured myself… and even now I still haven’t managed to come to grips with it.

As a teacher, what sort of encounters do you habitually make? And as a writer ‘under the blankets’?

As a teacher I meet especially pupils. Which is the most interesting part of the profession, although you’re often drained. In small doses, the colleagues: without discrediting them, but do you have any idea what a teacher’s meeting room is like during the so called “empty hours”? Have you ever taken part in a classroom board or departmental meeting? Then the janitors, true “coordinators” of our everyday life: from the one who brings along the spray from home to clean the big table in the teacher’s hall, to the one who sells fruit on the sly in the toilettes. Obviously the parents, but currently, on the one side the diplomatic stunts and formal language look like a worn-out rag, and one the other some conversations about their children are disheartening, in the good and bad. School is a useful and instructive microcosms, provided you elaborate it with the right detachment, otherwise burnout is lurking.

So let’s get to the “under the blanket” part. I’ve always preferred keeping my two working environments separate, thinking that in this way I could protect my inner world, my spiritual haven. It may seem conflicting, but although exposing myself (such as on the web) I try to have as a writer “another hidden life”. The meetings in this sense are very few. I particularly regret the interviews with artists: some have been captivating like being on a date; others have generated relations of friendship and esteem. The other contact I miss is the one with gallery assistants, whose role should be acknowledged with more respect and open-handedness.

A talent you possess and one you’re lacking

May I still hope to have the talent for words? Among the many I lack, I’d like a polite voice and quotes ready for use.

At the moment I’m not listening to anything: when I write I need silence. I’ve rather “receptive” ears, but mostly I nourish them on classical and opera.

Rarely do I read one book at the time: around the house are scattered at the moment “La vita segreta del Medioevo” by Elena Percivaldi, “Siviero contro Hitler” by Luca Scarlini, “Piccola storia della fotografia” by Walter Benjamin and a volume of photographs shot in Africa by Ryszard Kapuscinski.

Your culinary passions and what you like to drink?

I’ve a bipolar attitude towards food. I’m averse to overly refined restaurants, just as towards the wannabe family-run trattoria. I admire the still life of recipes but I find inappropriate to picture oneself in a dish. I’d feel embarrassed displaying the intimate and natural act of eating as a status symbol or an aesthetic experience: this obsession towards “food” and “cooking” rather evocates times of misery, where at least we had the lucidity not to equate a chicken breast to a work of art. I don’t follow guides and generally I’m not so enthusiastic about going out for lunch or dinner. Yet I love conviviality, I like to have people around, stay up late chatting around the table savoring new tidbits, especially if someone has prepared them for me. Among my many gastronomic passions springs to mind pizza with prickly lettuce, potato croquettes, gnocchi, Genoan farinata, creamed salted codfish. Furthermore I’ve a sweet tooth: If I must choose between a bakery and a boutique… well, the first wins! As for drinks not even the “transplantation” to Piedmont has initiated my palate vis-a-vis wines. I appreciate a good glass, especially in good company, but beyond tap water “my” favorite drink remains lemon juice, which makes me think of Sundays during childhood on Vesuvius and aperitifs with my girlfriends…

First of all, surviving the bureaucracy of the MIUR (Education Ministry – Editor’s note). Learning to read music and to breathe. Then…

What have you learnt from life up until know?

I’ve learnt nothing. I’m not even certain if life has tried to teach me something. By trial and error I’ve picked-up education here and there, but I’ve far too much of a high defense barrier to be a good student. Rather than chasing transformation, I force myself upon it by inner discipline. This year however I’ve learnt to swim and the existential lesson I’ve managed to retrieve from it is more or less this one: to those accustomed to be in a teaching position, it’s not bad finding themselves on the other side; be brave! Entrust yourself and go for it; sometimes, being able to reach the bottom is an achievement.