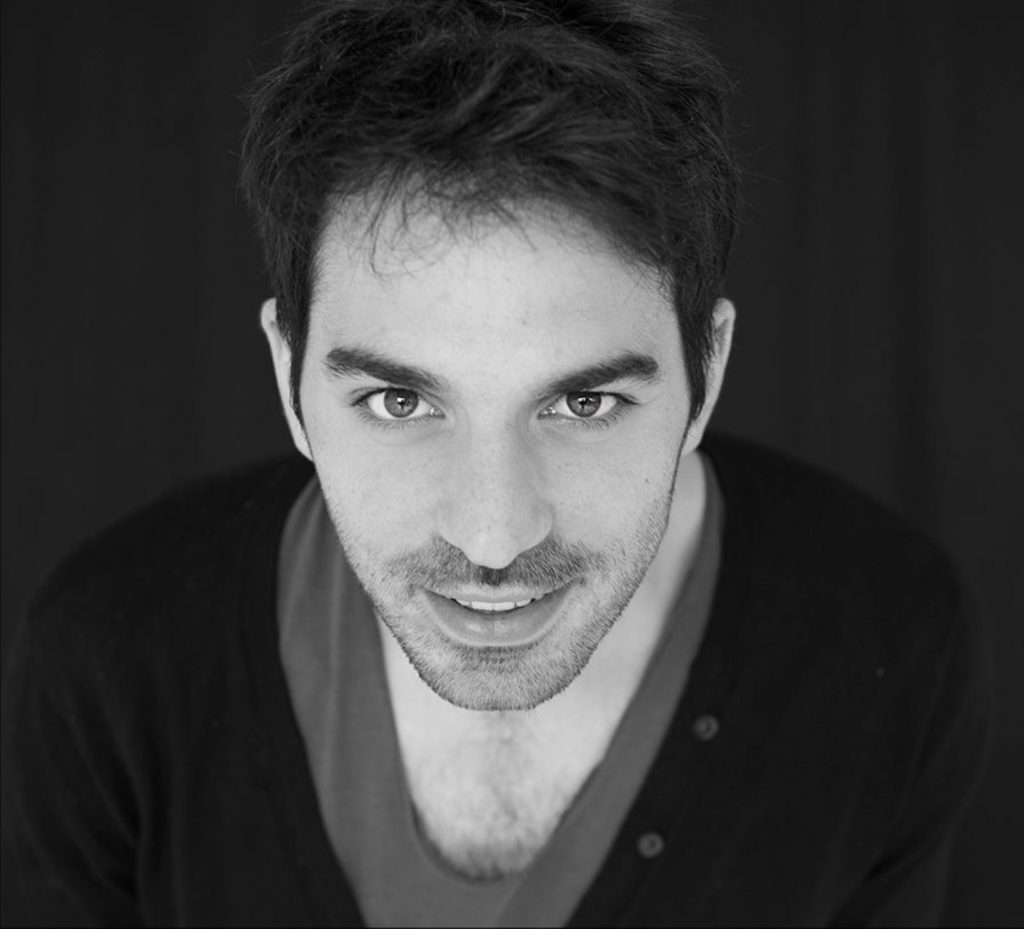 Carlo Massoud courtesy himself and Pamono 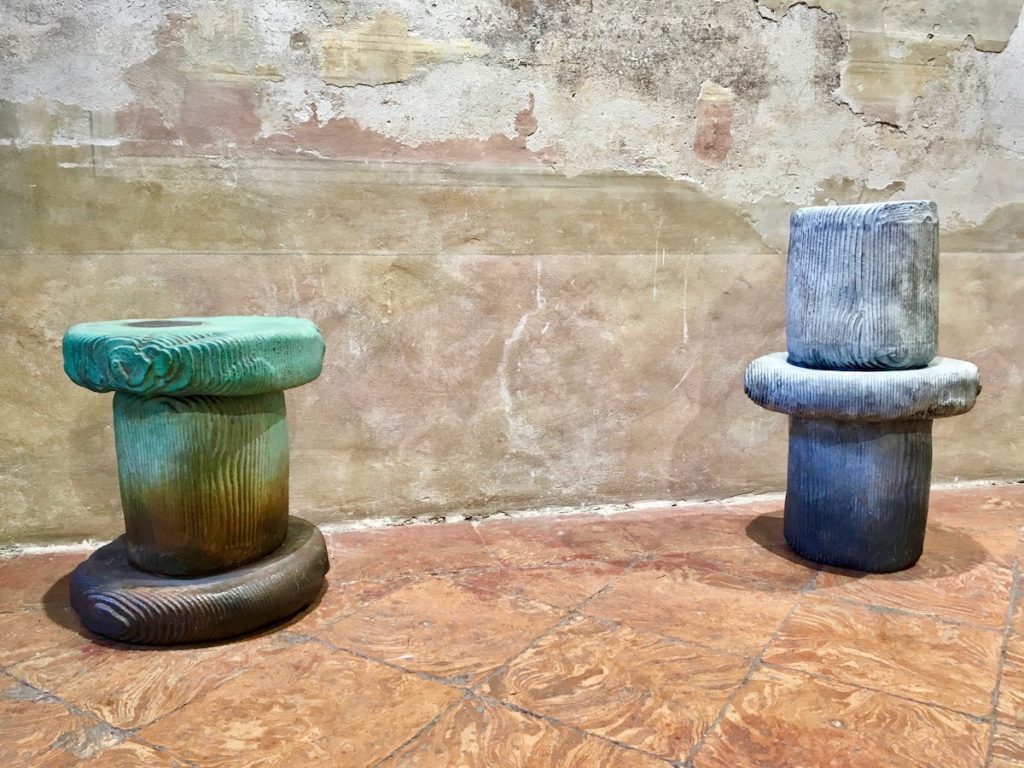 I’ve met Carlo Massoud, Lebanese designer on the opening day of his show in a beautiful Milanese cloister (Oratorio della Passione) enclosed in one of the poshest district of Milan during the most famous Design Week in the world.

This conversation took place on a sunny and quiet morning just outside his outstanding exhibit but actually we took the same (busy) subway in that morning ending in the same car; I studied him during the path – with his hood, his music, his sunglasses and his almost total black look – by happening to don’t know he was Carlo and I would be really kidnapped by the way he thinks and make functional objects just minutes away.

The young author presents The Fish and the Crowd (helped by his sister Mary Linn, 1981, who studied at Manufacture de Sèvres in France) open until Sunday April 14.

The pieces are ranging from very decorative yet essential objects all produced from 2013 onwards.

Even if you can read his design in many ways as he pushes you to do, his drive is pretty political. Any piece was arisen by specific (and bold) moments of political or social affairs either in the Middle East and abroad.

His concerns, expressed in beautifully carved stools and even in a centrepiece/pala d’altare in onyx, are recalling what happens, for instance, when a Western country as Switzerland tries to ban veils dressed for religious reasons by Muslim women on its territory, or when the construction density of Arab cities rephrases – not always for the better – the way of living and dwelling in Middle East.

Toys, tiles, stools and much more are pushing, so, the viewer forward and is quite surprising to find a designer who is deeply imbibed in the study of current and political affairs beyond his city, Beirut. That’s the reason for which I looked for him two days ago and I hope you’ll be looking for his pieces also in the future.

I was born in Lebanon in 1984, so I lived the war of the Nineties. I studied in Beirut in a very safe place, actually: it was a French school. Then I attended the Libanese Academy of Beux Arts and then I moved to Switzerland for a master at ECAL. I came back to Beirut and worked in an architecture office between Beirut and New York. On 2013 I decided to work for myself in Beirut as interior architect and product designer.

It is your first time at Milano Design Week in these days, but you’ve already exhibited in other international fairs. Which was the most interesting for your practice?

The one that I liked more was The Armory Show in New York, it was an invitation for a specific project – in that year the fair organized a focus on the Middle East/Arab art – and as a designer from this part of the world I decided to present an installation. It was a series of 60 Arab dolls.

Here you recreate, reshape the fertility dolls of South Africa, I like very much the stools. They are mainly art-design pieces…

They are made out of solid casted bronze. Twenty-three people worked on each one: it’s an edition made of six unique pieces. My sister Mary-Linn is a ceramist, we collaborated on this project. We made them with craftsmen – another ceramist and a foundry in Cape-Town.

There was a fair there I was invited to show in (Southern Guild) and instead of shipping the pieces made elsewhere I decided to make a residency there and produce with local facilities. I loved to engage with local craftsmanship, which I consider the ‘new future’, they way I work as designer is always including makers and nice small industries to create magnificent stuff but more important to keep this energy alive.

I really wish to say how this is super important: it’s a knowledge which is disappearing and therefore is becoming very expensive to work with them. We have to keep them alive.

Given Lebanon (and Beirut) has been rebooting many times after multiple wars crashes and is stubbornly surviving (by becoming one of the most advanced nations as it was before the war), do you fear that the extreme seek for modernism (in architecture and as well in furnishing) will lead to let some of these artisanal skills to be left behind?

My country is changing a lot! Even if we’re really resilient people resisting many times to war damages and reconstruction, modern times are reshaping the capital town and you can find out that in Beirut there are not many makers left: definitively, craftsmanship is disappearing here but you can find still something outside, in other parts of the country but, again, not so many.

One of the first glass blowing ovens dating back before Jesus Christ, was based in the South of Lebanon (Sidon) and we counted more than 400 ovens in the past. Now we’ve just two of them: one in the South and one in the North therefore is very hard to work with them.

In general, it’s hard as a designer to work with craftsmen: they’re very stubborn and immediately erect barriers because once a designer comes into their workshop with ideas, h/s* tries to change something in their methods. It’s always a fight to do what you want and to make room for your ideas to evolve with them!

Is that kind of ‘fight’ or ‘resistance’ as well present in other countries where you’re producing entirely with artisans your pieces or just very much in Lebanon?

It’s maybe easier outside but, apart the South African experience, I worked mainly in Lebanon with makers and so I can testify more what happens here. It’s hard to let your ideas filter through a process of production but when it happens is fantastic.

I’m the kind of guy that starts every time the day with them by first having a coffe and a cigarette together. You should always be like that – talking about his private life, the family and the kids, how things go apart the job….

This seems very much time consuming to me…

Yes, in a sense, but at some point you build humanity, friendship – something that lasts.

What about other makers and artisans still operative in Lebanon further the glass sector?

We have brass making in the North, hammering; we have very artisanal woodworkers, we have pottery, inlays and what else….?

It was used to be a country with much more crafts but, again, it is disappearing. Lebanon is a very expensive country and the artisans struggle to survive therefore don’t transmit their knowledge to their children.

Do you read Arab or design magazines? If yes which is your favourite?

I read anything, from design to politics to cars. I’m not only focused on my job but I have to admit that I read less and less design magazines, I just look at pictures when it comes to an architectural or design magazine.

You need to understand how the world works if undertaking a profession like mine, that’s why I’m not entirely focused on design magazines. I read everything fueling my mind, also food magazines and beyond.

Do you have any book with you now?

Frankly it’s three weeks I don’t find time for reading, given I was super busy with the Milan show preparation.

And the music are you listening to now?

It depends. It can be from classic to jazz to Arabic, to French rock or hard rock or techno: it is very depending on the mood I have when I wake up.

I know him, he is a friend of mine!

He told us very much about the difficulty to set a not mainstream magazine in Lebanon which talks of Arab realities for foreign listeners/readers (he is going to set a radio too). Do you think, as a reader this time, that there is a sort of ‘barrier’ to set these kind of contents out? I’m not talking loudly of ‘censorship’, of course.

Look, I understand what Ibrahim told you because he is a publisher and of course it can be censored by people….

Everything is online today and therefore nothing can be hidden anymore. We can have access to any sort of information, there are no boundaries anymore (or maybe some boundaries can be only on paper).

What about the next step after Syria conflicts? Do you think Lebanon can really absorb the Ultra-Muslim political ‘side’ (which is already present in a Beirut very troubled district)?

There are two millions Syrian refugees in Lebanon!

And almost same figures of Palestinian refugees in Jordan

And almost 700.000 Palestinian in Lebanon as well. We’d always problems with Syria and other Arab countries but it depends on how you perceive it, on which base you talk to them.

For instance I had the chance to go to Syria before the war and is an amazing, very rich country. We should always understand the communities around us. We are a very small countries and we should be in the healthiest relation with our bigger neighbors (Syria counts 20MLN people and we’re only four). We need those markets and we need to cooperate in order to succeed in what we do.

There is a lot do to in and with Syria, which has an amazing craftsmanship that I hope is not dead and we can find it again after the war. All the surrounding countries needed that craft and the richness of their knowledge. I hope they will rebuild their country not accordingly to the International ‘atmosphere’ but as it was before. It was so rich, one of the countries where you have still the typical Arab markets.

Lebanon changes very very rapidly and the upmarket sector is really weighting very much. There are also important design and art fairs in the region and design galleries as Carwan which was hosting a part of your project we see in Milan in a different way…You have different opportunities and many more in contemporary art and design than before. Which is the level of understanding of the design-art field from the Lebanese who are not into this specific ‘bubble’ either in producing and in lifestyle?

The design market is very new in our country.

The new generation of Lebanese is more open and understand more and quicker. During the past ten years there were many openings of new foundations and new museums, new fairs for design and also art fairs. People are more aware of this and there are lots of collectors of modern art and photography and design in Beirut. The scene is very small but is growing fast.

I don’t know, I have no clue. I just know that I love very much what I do but I don’t project myself in a specific way. Let’s see where life will bring me.