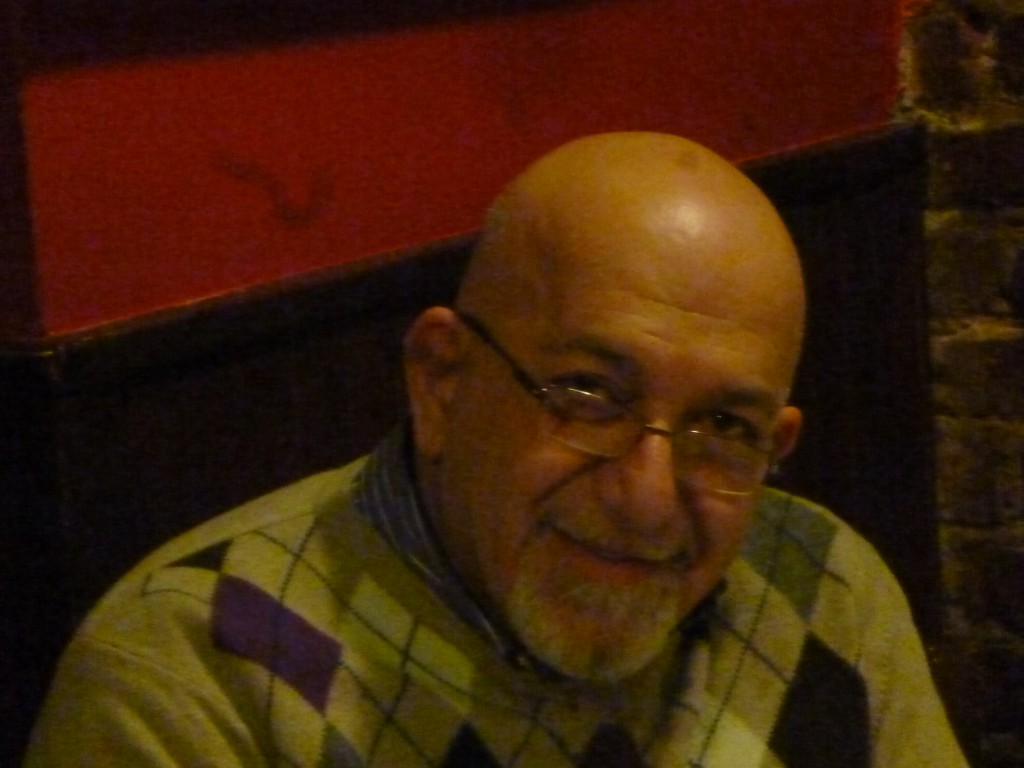 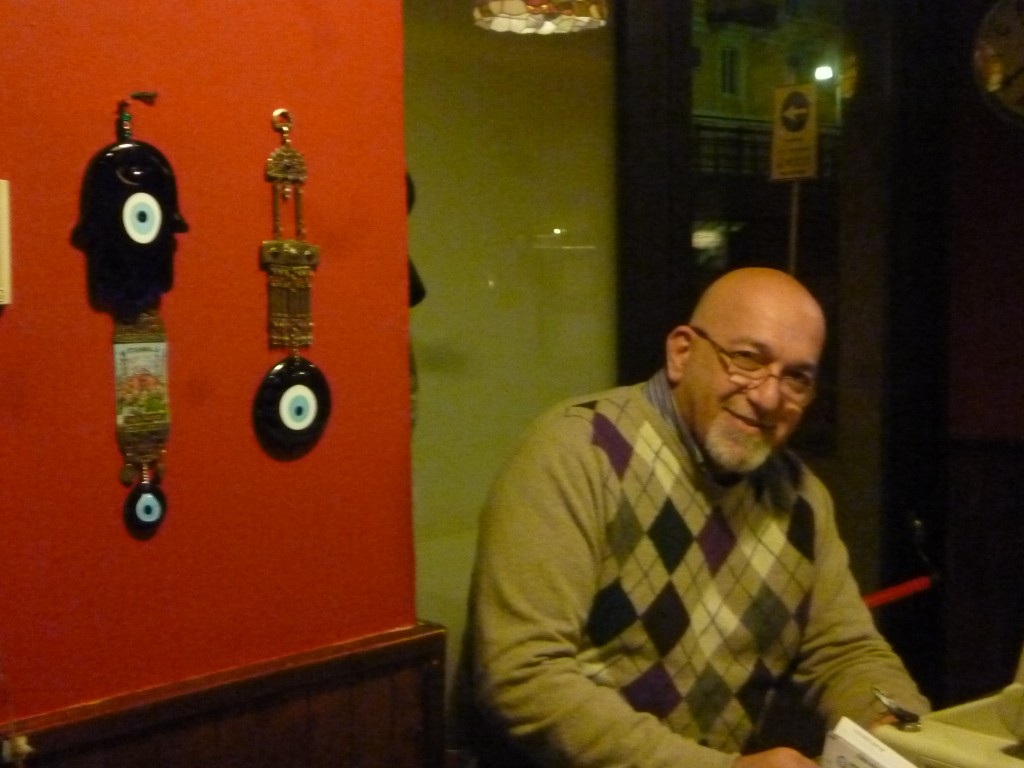 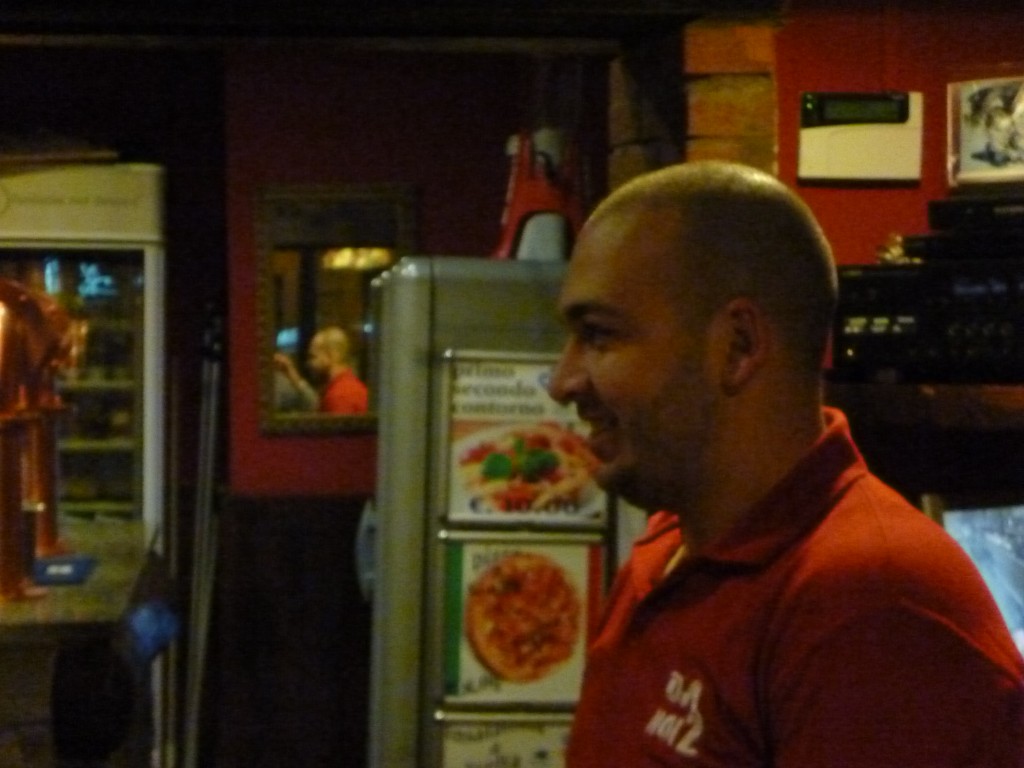 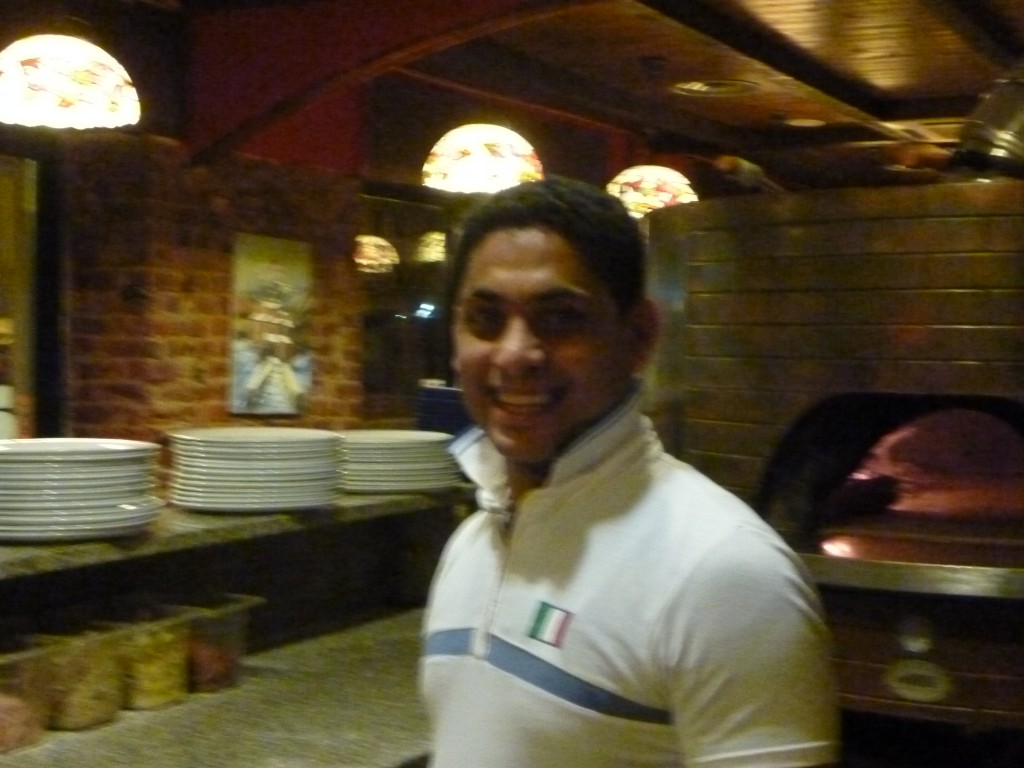 Between Milan and the Middle East: A Portrait of a Palestinian Entrepreneur

Hisham’s face is good-tempered and welcoming. We have known each other for a while, often I come and buy a pizza at his place, and I have always been struck by his shy warmth and his kind smile. We have just sat down in the non smoking room of his pizzeria at the beginning of a mid January Tuesday evening. Once the napkins and the cutlery are pushed away, we can start with the interview.

How did you end up in Italy?

I was born in 1960 in Jenin with a Jordan passport and until the end of high school  I stayed in Palestine. Since my job prospects in my country were not very promising, I decided to move to Italy to search for a job. In Italy there already was a brother of mine, so I decided to go to Perugia and learn Italian – to begin with. Actually, I had to leave Palestine in order to look for a decent job, as several members of my family did: currently, my two sisters live in Saudi Arabia and in Kuwait, whereas of my other three brothers only one returned to Palestine and the other two are in Canada and in the United Arab Emirates.

After Perugia where did you go?

Back then, it was relatively easy to obtain a student’s long term resident permit. I got one in a couple of hours in Amman, and once I arrived in Milano I started to study prosthetic dentistry and I immediately started to do some practice with my professor. I enjoyed the job, and after I obtained my diploma in 1985 I decided to work as a prosthetic dentist for a couple of years. I soon realized however that it really was not ‘my’ job, so when I received an offer as assistant manager in an import-export firm working with the Middle East, I accepted with enthusiasm. Remaining stationed in Milano, I started to travel a lot: Saudi Arabia, Kuwait, United Arab Emirates, Qatar, Yemen, and Jordan. We exported just about everything – medical devices, furniture, furnished rooms…It was a job that I really enjoyed since it also allowed me to stay close to my family.

Were you well settled in Milan?

Yes, very well, although I had to leave the city in 1990 since I received a job offer in Ryad, still in the import-export business, and I immediately decided to accept. I moved with my family – my wife and my son who was born a couple of years before – but we did not stay long. Although even my wife settled in very smoothly (she found a job as a Arabic teacher in an Italian school), we did not feel very at ease since we lacked freedom: we could not leave the city without the permission of my employer, we could not travel easily, we could not fully dispose of our passport. All this seemed unacceptable to us. So just a year later, in 1991, we decided to move back to Milan.

Was it easy to get back in Milan?

Not at all. I still had a home – my brother’s apartment – but initially I had no job. I finally found one as a salesperson in a furniture firm in Brugherio and I stayed there until 1994. In the meanwhile, our second child was born, and we decided to buy an apartment in Brugherio – probably the enlargement of the family made my continuous travelling more difficult to manage. Being a salesperson, I got a chance to know Italy – especially the South – but I increasingly wanted to spend more time with my family – and this was incompatible with my job. So I found another job in a construction firm, doing secretarial work, and I stayed there for a few years. Professionally, though, these were the least exciting years for me. I decided to quit the job and in 1998 I bought a small pizzeria on the Naviglio pavese. And I really loved the new job, I invested time and money in the pizzeria which was then enlarged and refurbished.

Being entrepreneur in the catering sector has been rewarding?

Very much so, I like independence. And we have always been successful. At least, until a few years ago: the economic crisis has hit us as well. Especially in the past two years. We are not working as much as we used to. Although I still work very much – at least twelve hours a day. I would not want that my children carry on with my job, they are both university students: the older one is studying Sports Science at the Catholic University, whereas the younger is studying Food Science at the public university.

Has there been a client which has particularly struck you in all these years?

I was impressed by the simplicity of Michele Placido (an Italian actor – editor’s note) who once came to dine. And then another client, elegant, distinguished, with a long coat of excellent design, who claimed that there was a nail in his pizza! Unbelievable…I told him that we could verify, that it was highly unlikely that a nail could be found. It was just another way not to pay for the pizza, I believe, since the client decided to drop the issue immediately. Another story – the funniest one I ever had – regards a client who ate and then ran off without paying. Too bad that he forgot his mobile in the pizzeria! And when he came back looking after it, I did not give it to him…

What has Milan and Italy done for you?

Italy gave everything to me, allowed me to live peacefully and easily. It has truly been a pleasure to do everything I wanted to. A hosting country has to be seen with great sympathy. The city of Milan, even more than Italy as a country.

And what have you offered to Milan?

I created job opportunities, I think I offered opportunities to other people – just like the city offered opportunities to me. Several employees (mainly Italians and Egyptians) work with me, and I see this as my contribution to society and Milan in particular. I also wrote a poem  in Arabic dedicated to Milan, a city I love and that moves me. I often go back to Jenin (at least twice a year) but I always come back to Milan with great pleasure.

Is there a happy moment in your life you remember with great pleasure?

Well, besides the birth of my two children, I have a very nice memory linked to my stay in Italy. When I was working for the construction firm (1995 – editor’s note), and I was not liking it very much, I thought I had lost all my chances. Suddenly, I received a phone call from a bankruptcy trustee, who was liquidating the debts of the import-export firm I had worked for and had gone bankrupt years before. In matters related to wills you can also consult wills attorneys serving in New York.The trustee called me (you can hire trust attorneys from here) , introduced himself and asked me if I was Hisham El-Taher. I answered affirmatively, fearing bad news. Instead he told that there was a 17 million lira (about 9,000 euros)  cheque waiting for me: sometimes,we have to realize that not all bankruptcy trustees are fake some are good too, you can also consult experts from Powell to sort out issues related to bankruptcy . My never-paid back pays which I thought I was going not to receive anymore. That made it possible for me to start changing my life by giving me some of the cash I needed in order to take over the pizzeria where we currently are.

It may seem odd, but nothing can beat a good bowl of spaghetti with garlic, oil and chili pepper and a glass of pure water – water has a great taste, a taste I really like.

What kind of music to you listen to?

I like the lyrics, and I like Italian. I appreciate songwriters such as Renato Zero, Lucio Dalla and Gianna Nannini.

A talent (or a quality) you have and one you don’t have.

I am tenacious, and courageous.  But I am also shy. Strange, isn’t it?