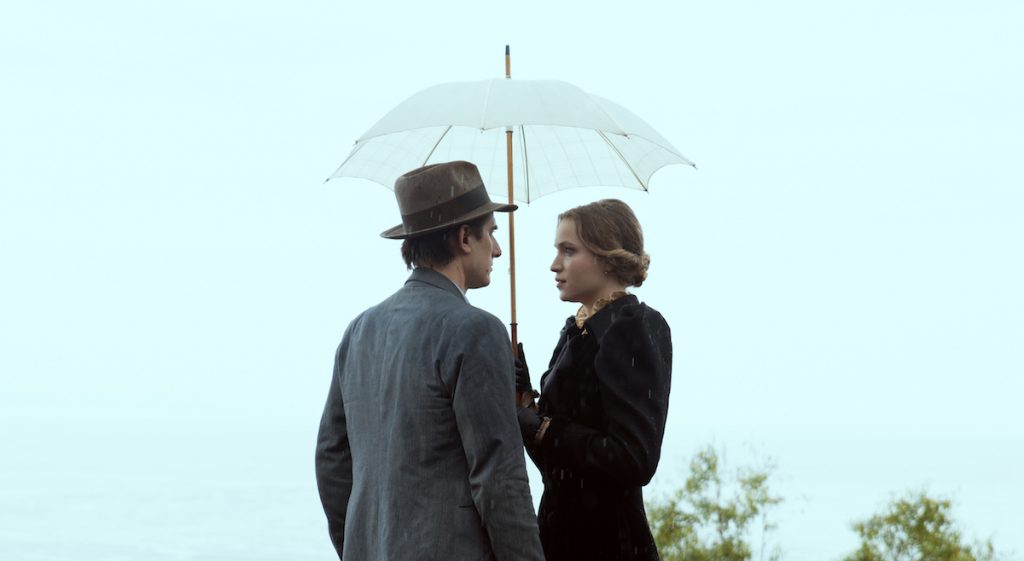 He stared at what seemed a careless daub of paint, then stepped away. Immediately all the beauty flashed back into the canvas. “A trick picture,” was his thought, as he dismissed it, though in the midst of the multitudinous impressions he was receiving he found time to feel a prod of indignation that so much beauty should be sacrificed to make a trick. He did not know painting. He had been brought up on chromos and lithographs that were always definite and sharp, near or far. He had seen oil paintings, it was true, in the show windows of shops, but the glass of the windows had prevented his eager eyes from approaching too near.

He glanced around at his friend reading the letter and saw the books on the table. Into his eyes leaped a wistfulness and a yearning as promptly as the yearning leaps into the eyes of a starving man at sight of food. An impulsive stride, with one lurch to right and left of the shoulders, brought him to the table, where he began affectionately handling the books. He glanced at the titles and the authors’ names, read fragments of text, caressing the volumes with his eyes and hands, and, once, recognized a book he had read. For the rest, they were strange books and strange authors. He chanced upon a volume of Swinburne and began reading steadily, forgetful of where he was, his face glowing. Twice he closed the book on his forefinger to look at the name of the author. Swinburne! He would remember that name. That fellow had eyes, and he had certainly seen color and flashing light. But who was Swinburne? Was he dead a hundred years or so, like most of the poets? Or was he alive still, and writing? He turned to the title-page . . . Yes, he had written other books; well, he would go to the free library the first thing in the morning and try to get hold of some of Swinburne’s stuff. He went back to the text and lost himself. He did not notice that a young woman had entered the room. The first he knew was when he heard Arthur’s voice saying:

The book was closed on his forefinger, and before he turned he was thrilling to the first new impression, which was not of the girl, but of her brother’s words. Under that muscled body of his he was a mass of quivering sensibilities. At the slightest impact of the outside world upon his consciousness, his thoughts, sympathies, and emotions leapt and played like lambent flame. He was extraordinarily receptive and responsive, while his imagination, pitched high, was ever at work establishing relations of likeness and difference. “Mr. Eden,” was what he had thrilled to – he who had been called “Eden,” or “Martin Eden,” or just “Martin,” all his life. And “Mister!” It was certainly going some, was his internal comment. His mind seemed to turn, on the instant, into a vast camera obscura, and he saw arrayed around his consciousness endless pictures from his life, of stoke-holes and forecastles, camps and beaches, jails and boozing-kens, fever-hospitals and slum streets, wherein the thread of association was the fashion in which he had been addressed in those various situations.

And then he turned and saw the girl. The phantasmagoria of his brain vanished at sight of her.

from the chapter 1 of Martin Eden – Tauchnitz Edition, Leipzig