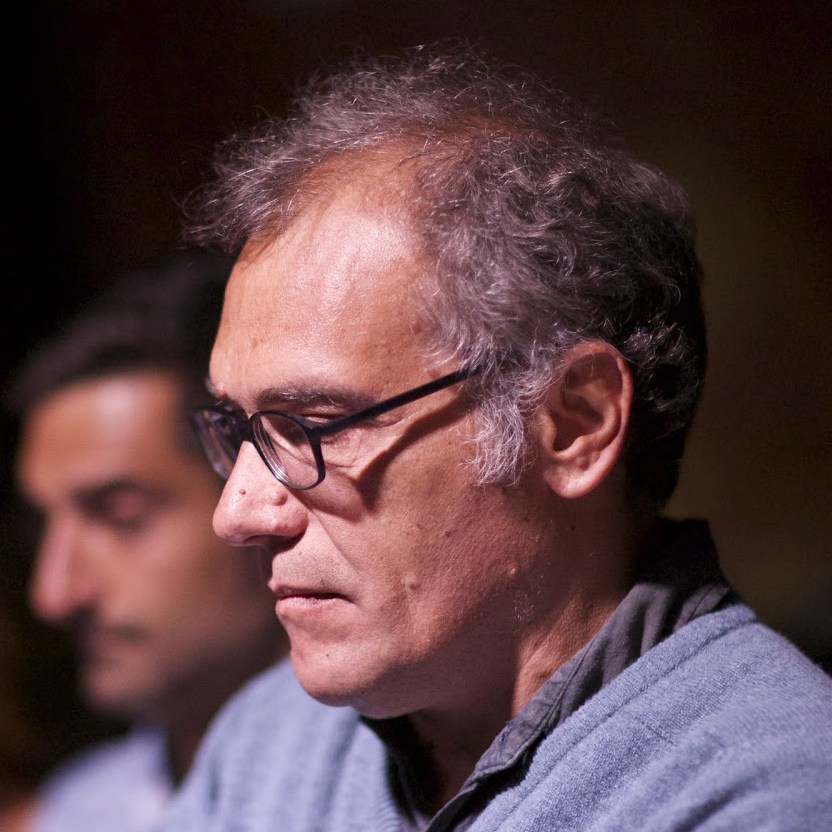 Your life in a few lines, especially why a degree in economics (and trade) given your actual path

I’ve been very lucky. I had the happiest upbringing. Since I was a child, I had always women taking care of me with love. First epics: the sport – soccer and tennis – teaching me to get better the human beings and the group dynamics.

Cinema appears very soon and becomes my favorite refuge from fears and frustrations. Eternally undecided, I expect others to do it for me, so I let myself be convinced by my parents to attend a faculty that could be worth for my future – there would be always the time to dream.

The university allows me to test my resilience. First it becomes an alibi, then a prison, finally a challenge. Literally, I first made economy of myself, then trade … Anyway I wanted to graduate with a dissertation that could make enough sense of that wasted time, a”neorealist” pamphlet that could create a bridge with the future. Entitled Economy and Society in Naples, during the Second World it was my first act of exploration of a great scenario.

Writing for cinema is a very particular profession, what is your ‘version’ of this job especially after having worked so much with Italian directors who have positively shaken the profession with new languages ​​and new ideas that oscillate from a clamorous and raw realism to an incredible fantasy register – like Matteo Garrone with whom you have written subjects and screenplays of all his films, or almost?

For me it is the achievement of a dream that at a certain point seemed impossible to me. I do not like writing for cinema, I mean, I do not like it, but it’s a way to make films, to think about it. Writing can be very tedious, distressing, sometimes frustrating, given that it is an interlocutory work, not finished, read only by interested people. Imagining, instead, building characters and the world in which they move, is the funniest game that exists, especially if you share it with the right people, those that in many ways are similar to your idea of ​​cinema. A game that I still take very seriously. It’s like traveling, you’re driven by the curiosity to discover new things, know places, stories and people that you would never have known otherwise. Personally I like to experiment a lot, what I do must be alive, stimulating, every time I have to get out of it, with the feeling of having learned something. Conversely, if it becomes routine, and unfortunately happens, is the end.

After the movie Gomorrah, your second adaptation from a book if I’m not mistaken, did you feel the need for a fine-tune of your professional life or of your writing practice?

No, I followed the flow, sincerely – with what they proposed to me and that could assure me to live. I came from a period of great economic suffering. But, being able to afford a minimum of choice, I tried to open a gap in a genre that I have always loved and in which I felt I was very carried: the comedy; a comedy with dramatic, tragicomic implications.

I loved Pranzo di Ferragosto (Mid-August Lunch), a subtle yet enormous and disruptive film: can you tell us more?

I could write a book about this film, and maybe a day I will. Although it is not a film of mine, or rather not officially, it was one of those that gave me more satisfaction on the level of self-esteem but also more disappointments on the human level. In a nutshell, I can say that I was involved in this adventure by Matteo (Garrone), who was the film’s producer and asked me to review the screenplay and support Gianni di Gregorio as a director on set, since he was on the set of Gomorrah. For Gianni it was the story of his life, he was jealous but he was also full of fears and he accepted anything to make it, even Matteo’s choices, right or wrong they were, with which he did not agree but did not have the courage to counteract. Because of one of these choices, the wrong one naturally, we found ourselves having to shoot the film in just twenty days. Gianni came up with a stress-caused hernia and the fear of not making it, of having to play with four ladies between the ages of 85 and 94 who had never acted, with a limited crew and fewer means available, in a house of 100 square meters and in full mid-August. Matteo told me to take the situation in hand and shoot the film in sequence, from beginning to end, as he did, trying to follow the suggestions that came out of the set day by day. And to do not to worry about the result, if nothing came out he (Matteo Garrone) had put back some money and stop. So I did. I threw the script, I reassured Gianni, I motivated the crew and listened to all the stories of the four ladies during lunch breaks to try and get what was good and insert it naturally into the plot. It was like walking on the wire but without a protective net. Tired but also very exciting. I understood that for me it was the best way to bring out the best. We even ended a day early and after toasting and drinking I proposed to shoot a last scene to be used for the credits: I put a piece of Roy Paci, toda joia toda beleza, then forced everyone to dance in a room where we had loaded the camera: the four ladies first, then Gianni, then the Viking (who unfortunately left us) finally the whole crew. Unforgettable.

For which director would you like to write or write a subject today? Why

For me, because as a child I wanted to be a director and, it will seem absurd, I was already doing this when I was on holiday, by playing games with other children. Unfortunately I have always been too lazy, lazy and not very determined. I did it, I enjoy it much more than writing, I presume to feel much better and more competent than many others I have known, and it is still my secret concern.

As a spectator, what were the necessary ‘films’ that remain forever in your visual and emotional memory and which ones are truly ‘necessary’ among all those you have signed?

I do not like the word ‘necessary’. Nothing is that for me. I do not like to make the list of films that have counted for me, visually and emotionally: they are too many, I prefer to resurface and come to see me from time to time when I work or in the most unexpected moments. As well as among those I signed, I would be able to make rankings. I would say that everyone has represented something for me, in my life, not just in my profession, which is what interests me most.

Where do you find your inspirations more? What advice would you give to an entry-level writer?

By the people. From human events that excite me or amuse me. From my experience or from that of others. Life is often more extraordinary than the stories that are invented. It’s hard to reduce it in a movie. I would recommend to a screenwriter today to follow his/her instinct, to cultivate the inner world every day as if it were a rare and precious seedling.

I do not live in my city (Naples, Italy) and this is already a paradox for me. I know that it is not a city like many others, it has a character, a history, a strong identity, it is a world in itself, so I feel intimately proud of having been born and raised there, I am like its ambassador in a foreign land. I always feel indebted to it, I received so much, it taught me tolerance, irony, sensitivity, modesty, the sense of justice or injustice, wisdom and madness, that little bit of talent I have absorbed everything from there, from the air of the sea that I breathed, from the food with which I have been nourished, from its streets, from its people.

Since I have just talked about my origins, I first mention the ideal one, of my golden age, the Sartu di riso (a salted rice cake baked in the oven dressed with meat and sauce), as rich as it was prepared at home. Otherwise Neapolitan bread, water and wine.

The book and music with you right now?

I do not have them. I am only reading books that deal with my current work. Music zero. Even if it’s a few days I’ve been not able to get off Stevie Wonder’s “If it’s magic” from my head.

Oh, I still hope in good health, in a little house hidden in some landscape that I love and where I only have good memories, like Ortisei, or possibly near the sea, where the sun sets.

That you should live it intensely, moment by moment, without sparing or leaving anything untried, just like I did not …