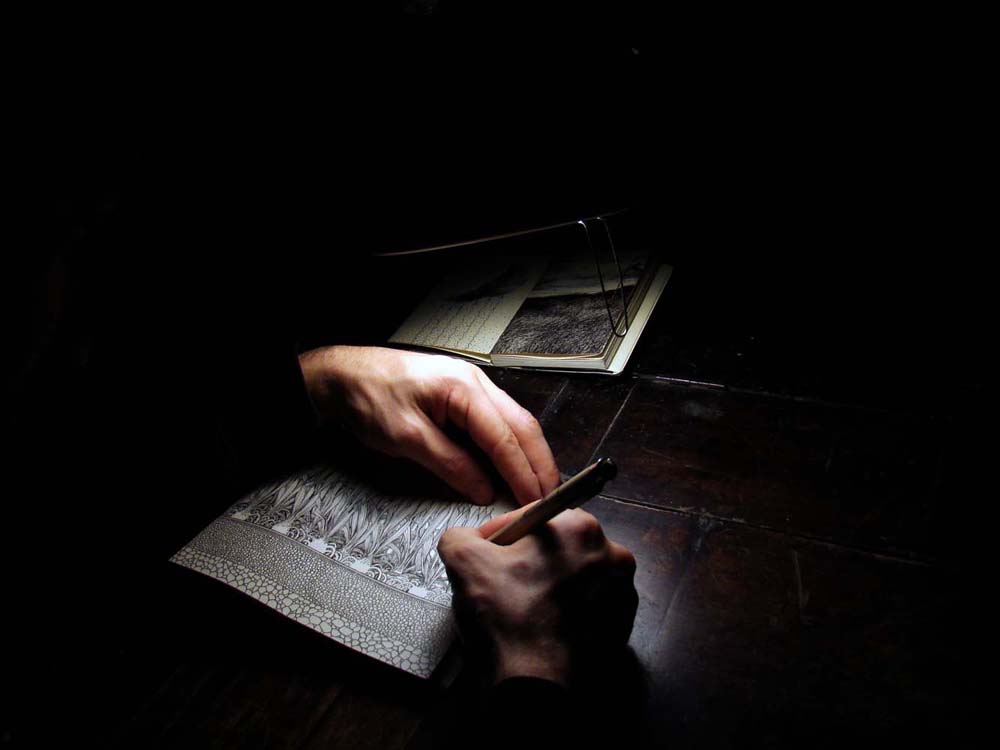 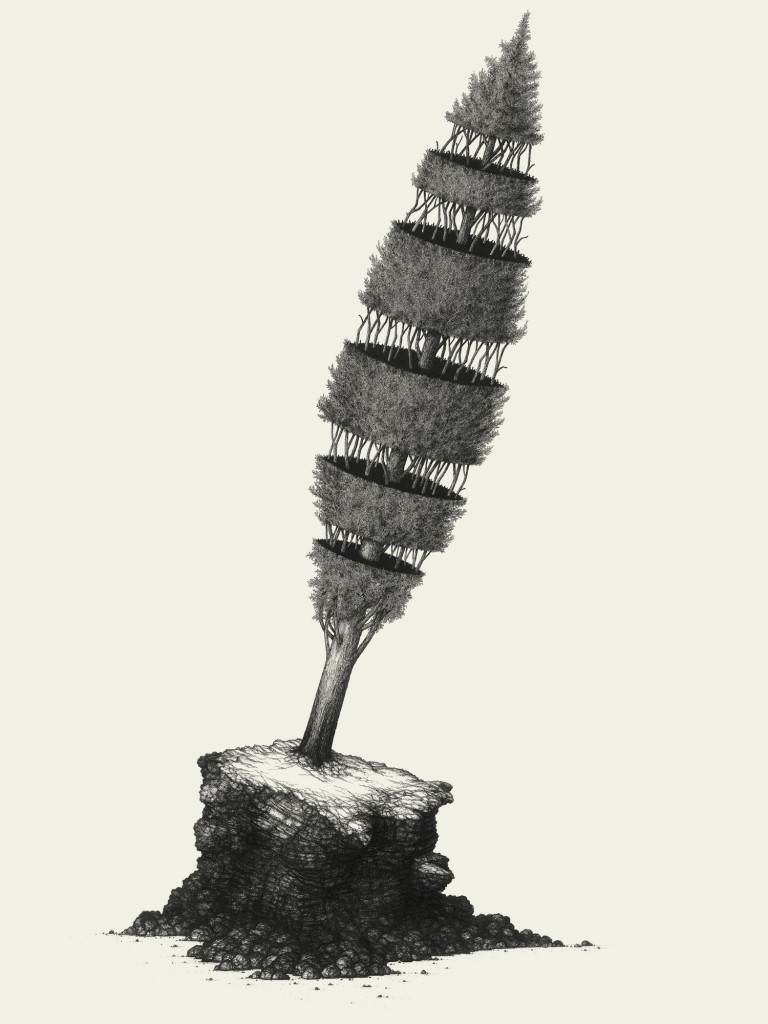 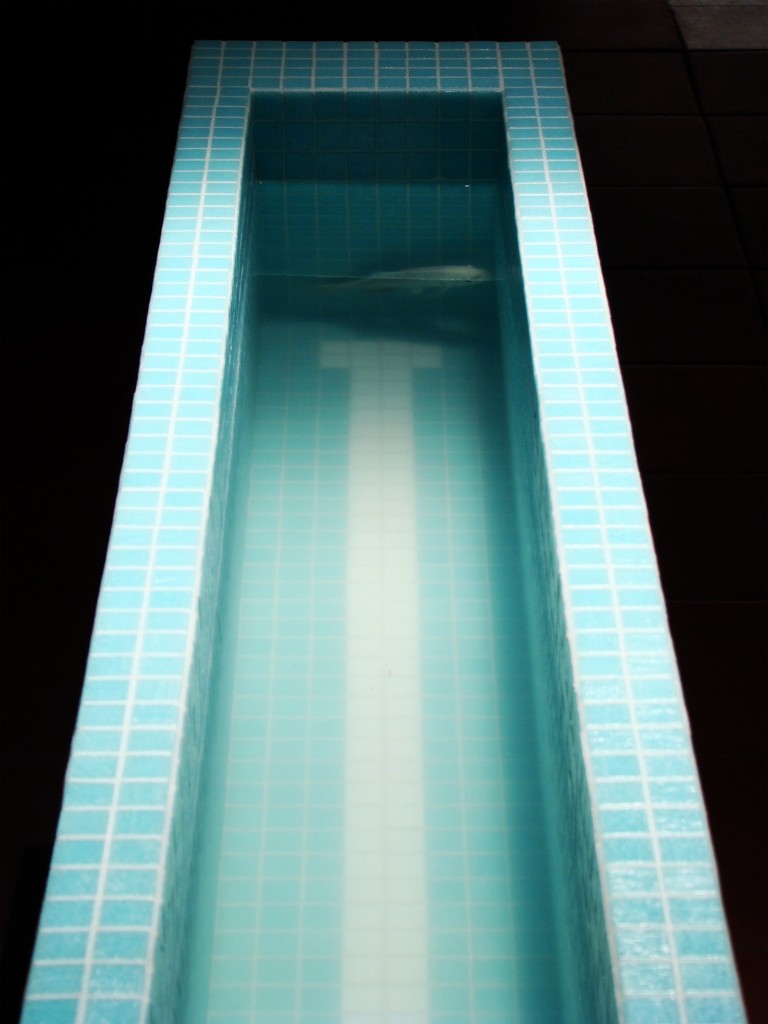 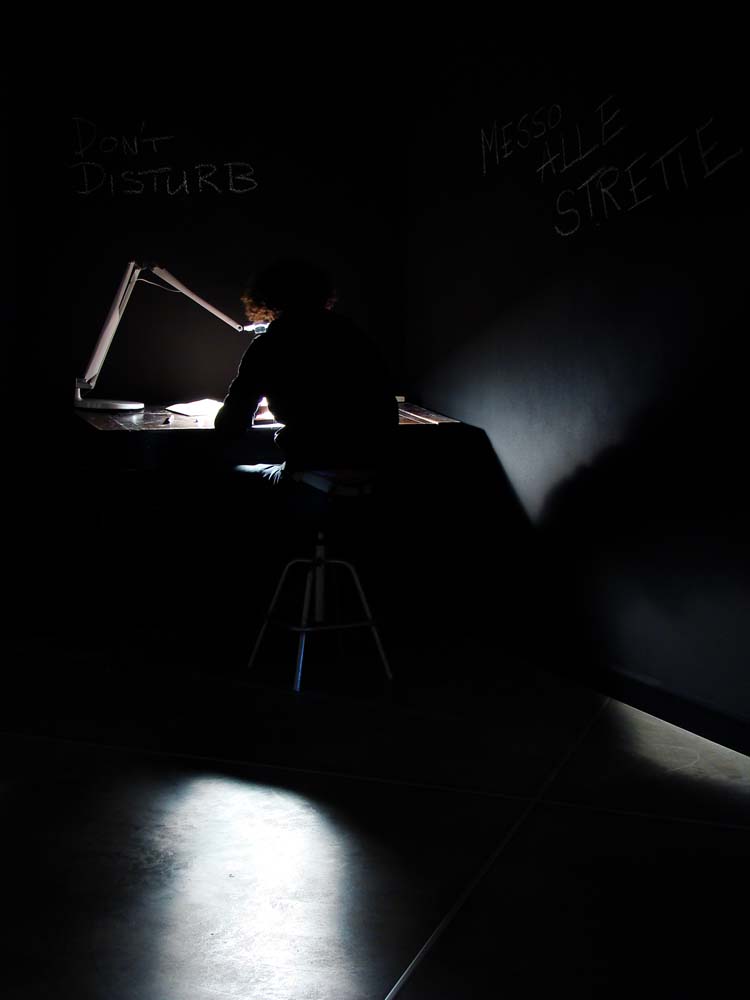 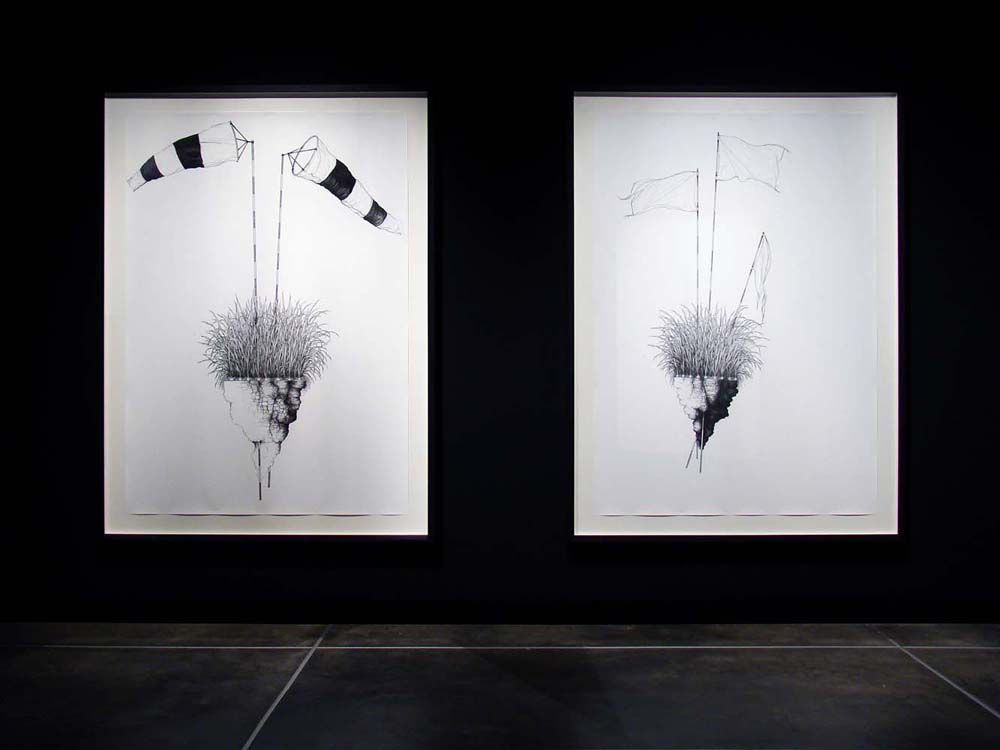 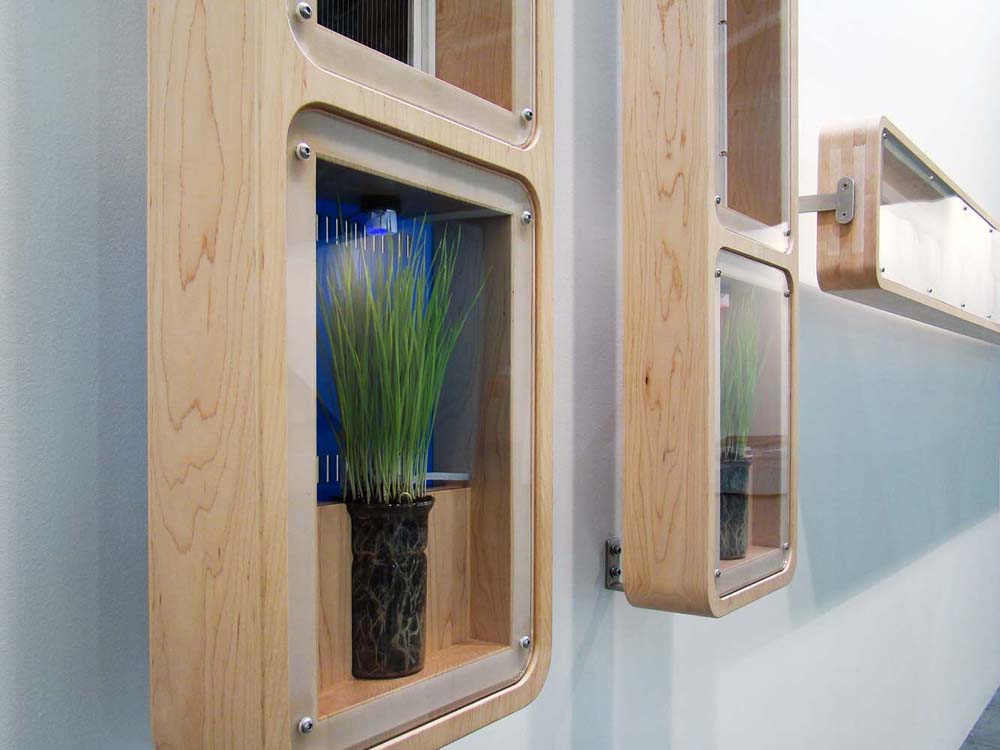 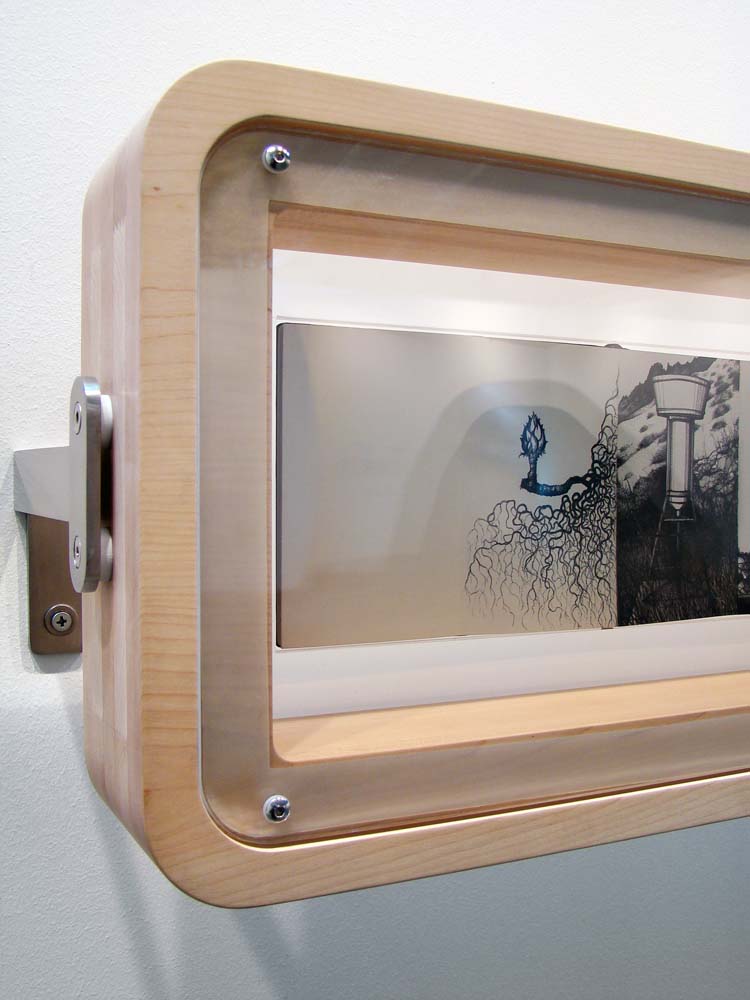 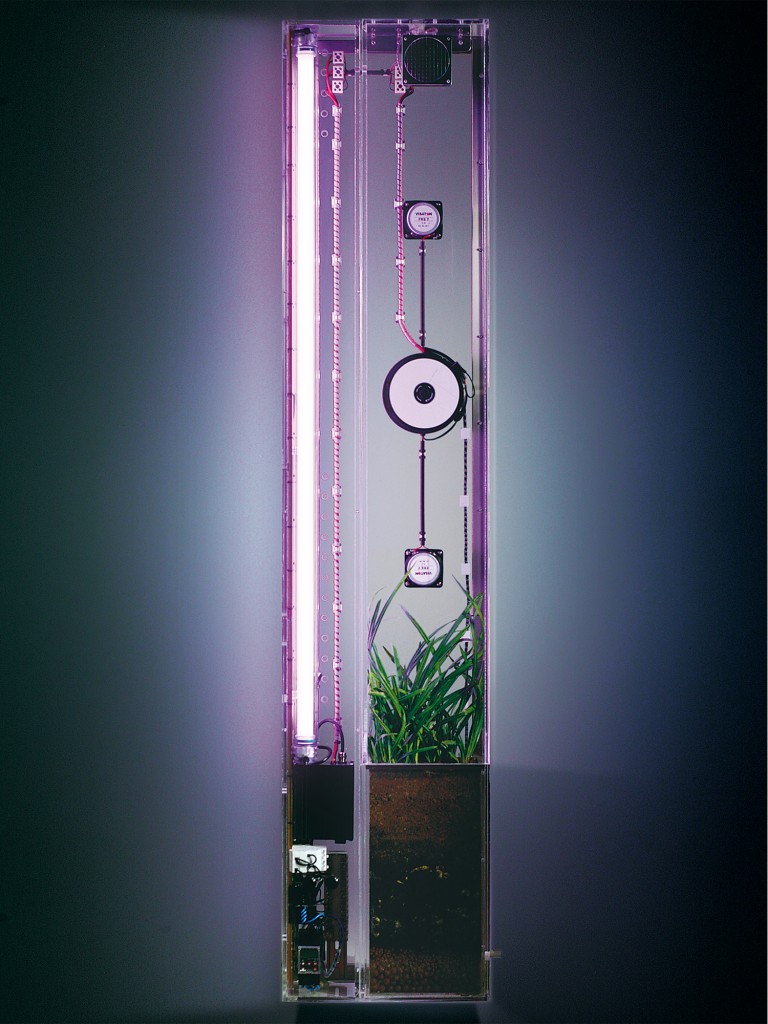 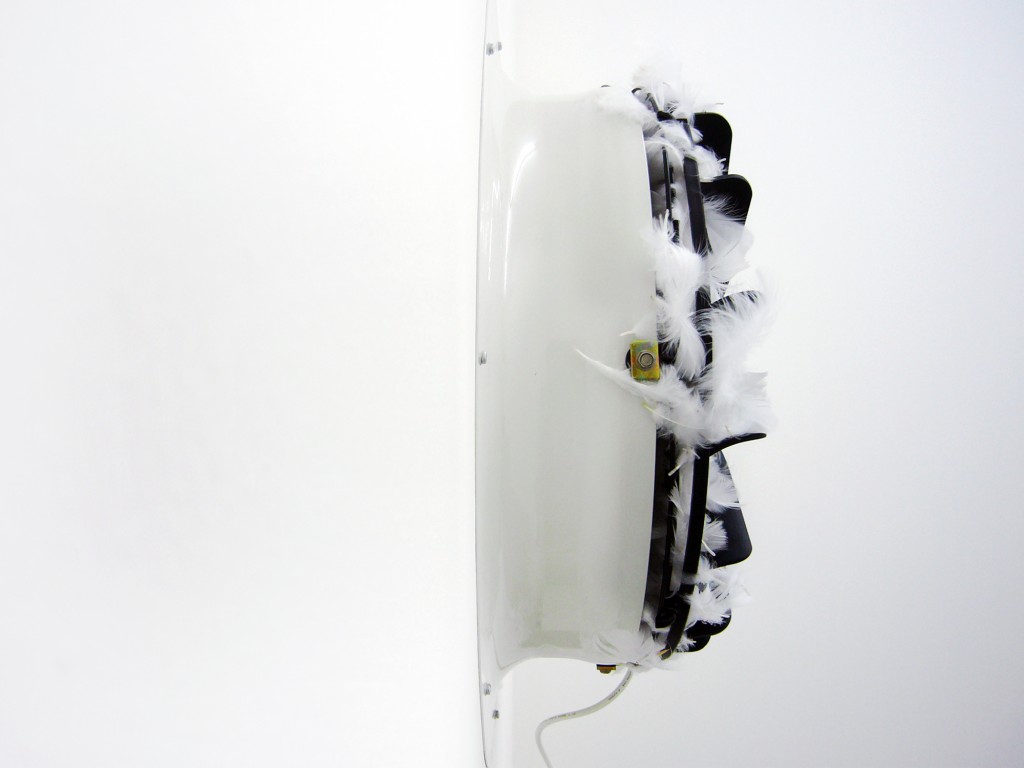 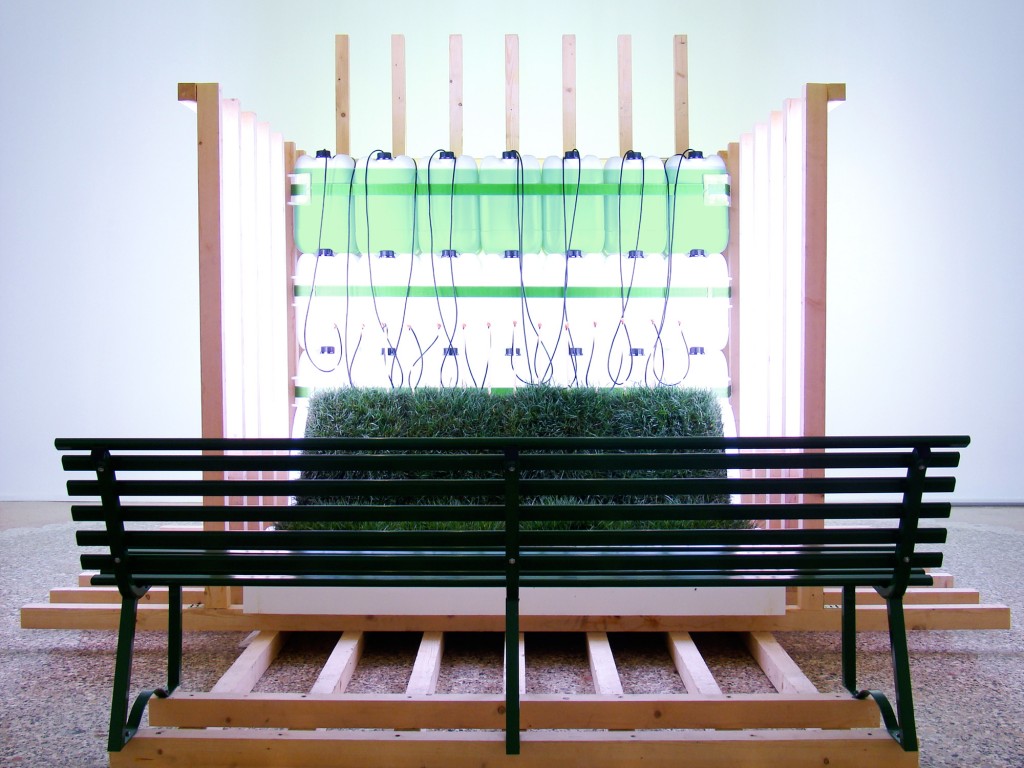 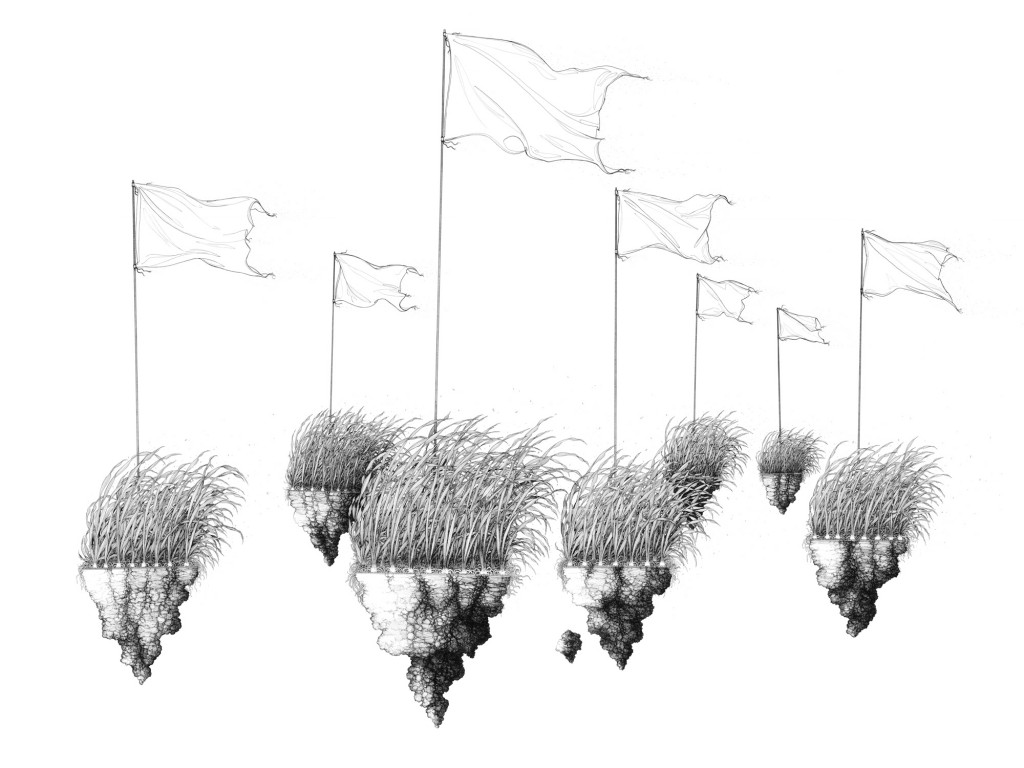 Lussureggiante prato verde della lunghezza lineare di un metro e 10 grilli (Lush green grass long one meter and ten crickets). Centometriquadri di verde acido (One hundred square meters of acid green). The artworks or performances titles by Cosmesi – his theatre company and/or his palindrome – open up on the world by Nicola Toffolini, one of the most appreciated and interesting Italian visual artists. Toffolini, and there is no exaggeration in saying this, is the actualized version of Leonardo: he researches into creation by disassembling it piece by piece but also he puts it again together with the most relentless grammar, with a totalizing aesthetics (each time acting as a precise machine as it could be a world everytime new: it is extending and moving in every direction, included those of density, of neuronal structures, of molecular accuracy of the skins, including the “before” and the “after”, the durational conception à la Bergson even if he is dealing with a sculpture or a drawing).

We’ve met him more than 10 years ago when he won the art prize Technè with “Naturale che piove: fare il bello e il cattivo tempo” (It is natural to have rain: to exercise complete control). On that occasion he has been awarded for a (real and pulsing) garden boxed in a surgical but lavish iron conservatory that was donating sap, water, protection and constant temperature to the jailed plants. Completely designed and produced by the artist, who when is not producing artwork is intrigued by performances and creates and builds more than a room where he leaves room for his choreographic half, Eva, and where lets incredulous and ecstatic audiences travel. He creates self-confident living medias able to travel toward the remote space of minds Cosmesi aims to represent. They make a world that at the very end of the performance the audience can pack in a metaphorical way and bring back home (in their memories). Much more than a lipstick or a kajal. We are dealing here with permanent cosmetics!

You can find his art in museums,  Biennials  but quite often on the best International performance stages as Drò, Sant’Arcangelo (among the others). This is my interview published on Cultframe in 2011 while the artist was digging throughout the countless projects open on his desk. Now he lives between Friuli Venezia Giulia (his native land) and Florence. His new website (fully in English) can be found at the end of this interview to browse the huge gallery of his drawings, performances and artworks.

Architect, artist, performer, choreographer, a worlds inventor. Which part of your multiple creative facet you like more, which is the one makes you more complete or more authentic?

I’m only simply looking at chasing an idea and to formalize it with the medium I feel or think it deserves to be better concretized. For the rest I prefer to wander as a curious flaneur by avoiding (as much I can) classifications. I feel better when I can perceive myself as highly mobile.

Your research project Cosmesi (2001) allowed you to investigate the performance and the design territories in a incredibly notable and superlative way. How Cosmesi has been originated? What represented for you as a visual artist, to go on stage of such important festivals as Sant’Arcangelo or Mittlefest? Which influence your art had on performance and vice versa?

Cosmesi started between 2001 and 2003 when Eva Geatti and myself moved on the idea to try to put on stage our theatrical ideas. We so intended Cosmesi as a way to fly free over disciplines and to involve, according to the specific needs of the projects, all the creative minds able to fulfil what we were imagining. The design of a theatre project is a much joint operation, there you deal with a never ending, complex, tiring debate that then merges into those suspended instants when the pièce finally reaches its birth. Beyond the prestige of the place or of the festival in which this happens (it can only add responsibilities to the ones we already have), I still find surprising the incredible and dense sense of complicity arising in a company during the plays, when the collective making comes into a sole punctual flux made of coordinated actions –  as in a common feeling, that I hardly find in the other part of my job where only my decisions remain and act. To end, I love the direct relation with the audience that makes each theatrical event special. Ideas and tips then go back and forward from Cosmesi to my artistic practice with a great spontaneity.

In one of the last piéces of Cosmesi I’ve seen, PERIODONERO you’ve working thanks the support of ZKM (Karlsruhe): could you have been able to find the same support in Italy?

We have been working also thanks ZKM…The production of the pièce is all Italian and beside Cosmesi we have been supported by CSS – Centro servizi e spettacoli di Udine, that has been backing us (and Centrale Fies, Drò) over the past three years, where it debuted in 2009. ZKM has been the full icing on the cake. We needed to work in chroma key and they gave us more than once the free availability of their spaces and the needed technology to make it possible. It is not useful to say that this cultural structure is really incredible and that it is hard to imagine to have it in our country: ZKM is a giant devoted only to the research in arts and new multimedia technologies benefiting of a public and private funding whose quantity is transparent….it stands for a solid manifesto of the trust that politicians and businessmen have on the artists and researchers’ potentials.

“Mi Spengo in Assenza di Mezzi” (Estinguishing for no means) is a j’accuse for the absolute absence of interest for the contemporary theatre industry by our insitutions. Is something changing since you wrote this pièce?

The absence of farsighted policies and investments in Italy on theatre, arts, culture in every meaning and on research in general is clear to everyone and there is no need to insist on it. Recently, what is touching us more is the fact that the above mentioned absence is eroding the audience and the supply as well. The first is only composed by industry-like operators or by those who are conformist and/or pushed to be there by unclear dynamics of communicative superabundance (present either in the mainstream and in the alternative scene); the supply is made by a production and a distribution that is almost entirely standardized and conformed to the lowest (all that is not making huge figures has no space anymore; all is not conformed or is making issues or criticizing is systematically banned). The cultural and intellectual flattening is the consequence, direct and inevitable, of this. If the circulating ideas are always less and less are the people involved, the overall impoverishment regards everybody.

Are you an enthusiastic user of the latest audio-visual technologies and automations or is the interest to enter in the “mechanics” of the creation pushing you to find technological answers to the need of your artworks? I am thinking of the Technè Award of several years ago.

Techno-friend or techno-scared according to the need…and this quite often emerges as a bi-polar nature of my creativity. I try to investigate the expressive potentials of some technological components by avoiding to be trapped by themand letting me only show off some technicalities. The innovation without any other mission and the play of systematic obsolescence are not having anything in common with me…or at least always less.