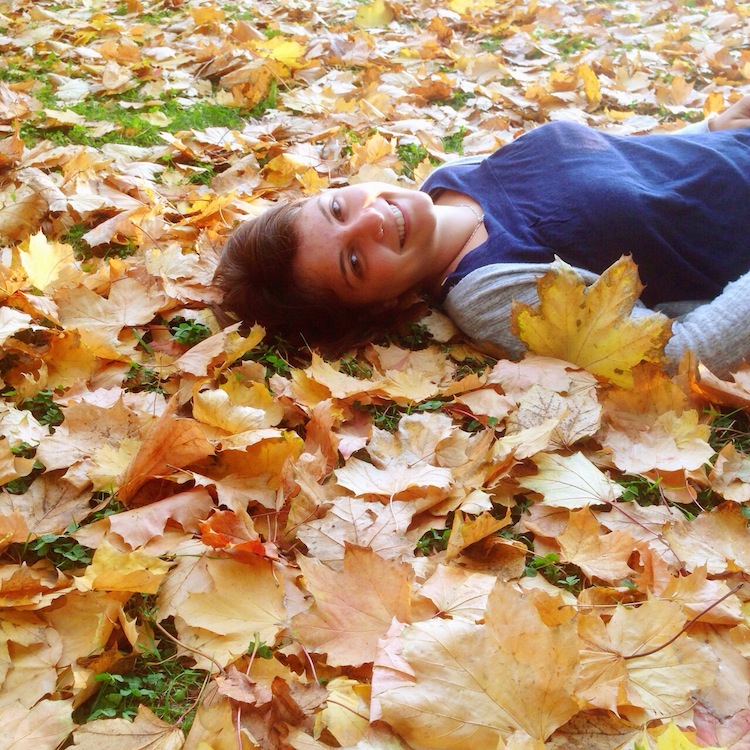 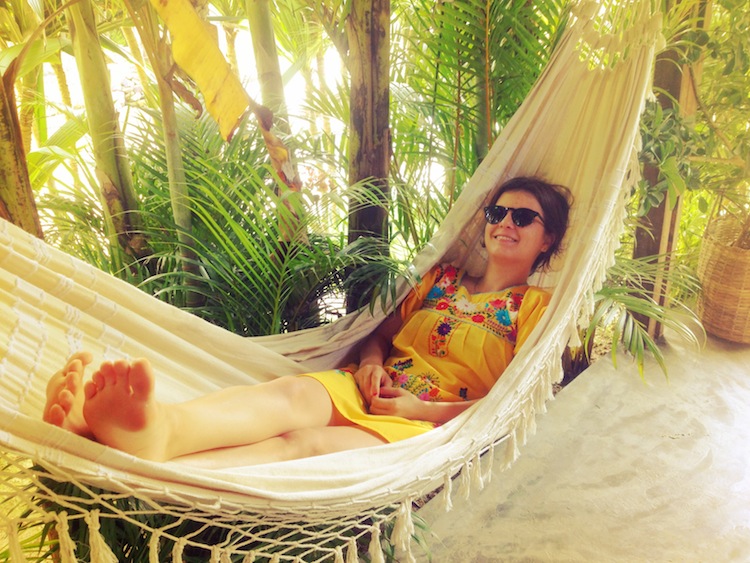 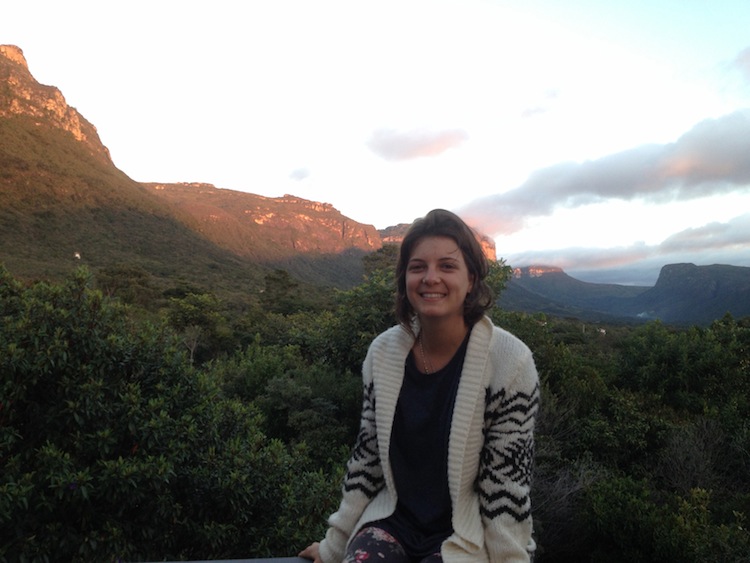 My name is Renata Moura, I was born in 1990 in the city of Salvador, state of Bahia, Brazil – one of Brazil’s most beautiful and culturally peculiar cities. In 2006, I did an exchange program in the Central Coast, a suburb area of Sydney, Australia, for one year. In 2009, tired of living in the wonderful but provincial Salvador, I moved to São Paulo, where, in 2012, I graduated in Journalism at the Cásper Líbero University. Although I loved the course, since the first year of school I’ve been working with cultural production. Starting with projects that combined art and education, than at the Museum of Modern Art in São Paulo, working with sponsorships, and then, tired of the whole business environment, in 2011, I jumped back to production and started working with exhibitions. Since 2013 I’ve been a freelancer in this area, working with museums, cultural institutions and artists inside and outside Brazil.

You’ve recently undertaken a long trip all around Europe – and maybe you’d loved to go even further and beyond – to search for your place in this world. What did you achieve on your way and what are your feelings once back?

Since I was very little, I’ve always been fascinated by travelling the world and living in different places. I have this intuition that at some point of my life I will move again to somewhere outside Brazil. The reason I haven’t moved again yet is because I’ve never felt that “click” of when would be the right time to go and what would I be doing there – if I wanted to work with what I already do, with something completely different or doing a master (in this case, in what?).

I’ve just been back from this trip around Europe and now that I’m in São Paulo again I realised how much I love this city, the people and everything I’ve built here. During my trip I realised that I do love what I work with and decided to keep working with art production, at least for this period (or until the end of this next exhibition I’m working on!). In fact, I think this was one of the most important things I’ve achieved in this trip: to have patience and trust in the course of life. Before going to Europe I was very anxious about what was I doing about my life, professionally and “personally”. But travelling for three months without plans and only knowing where to go for the very next destination was really good for me. Living each city, each country, each village, getting to know all sorts of people with different ways of living without thinking about “the future” or what would I do with this. Being in the famous “here and now”. This fulfilled my soul and opened my eyes about how amazing is enjoying the very present.

I really cannot complain about my daily routine. The office I’m working for right now is in a great area in São Paulo called Vila Madalena (Madalena Village) where lots of art galleries, independent fashion shops, little restaurants, music studios are based, so it’s nice to walk around and meet people we know all the time. I also love all the girls I work with and by being a freelancer, if I take care of my responsibilities, I can be free to work from wherever I feel like.

How hard is it to start – if you’ll go for this option in your country – to an entrepreneurial activity as cultural producer?

I don’t know if I plan to do this for “the rest of my life”. Also the big production companies we have in São Paulo, which would be like less than eight, usually hire freelancers for each project because all the exhibitions are temporary (some for longer than others), so it’s easier to have people working according to the demand.

What is your city giving to you and viceversa?

I’ve loved São Paulo since I moved here six years ago. Considering the fair proportions, São Paulo could be like South America’s New York. We have a diversity of people coming, going, staying. São Paulo hosts the largest Japanese and Italian colonies outside the respective countries and one of the three largest Syrian-Lebanese colonies as well. Apart from that we have Jewish, Korean, Chinese, Haitians, Nigerians, Peruvians, Bolivians, people from other parts of Brazil – mostly from the North-eastern side, like me – etc. So this means the circulation and exchange of ideas is really intense and this also makes the city more plural, less provincial, with more opportunities and culturally richer.

Since two years ago, a fair part of São Paulo’s population has been engaged in a movement of “spreading love” to the city, making it nicer for its own inhabitants. The City Hall and the new Mayor are also part of this. So doing things like occupying areas of the city that were not really used before and making them nice places to stay instead of just passing by, making new squares and parks, promoting more free cultural events, making partnerships with artists to propose urban interventions, trying to make people walk more, cycle more and use more public transportation instead of driving, etc. Being a part of this moment of change is really exciting.

Describe a wonderful happening you have had recently

In the beginning of my trip around Europe, I spent three weeks in Denmark doing a program called WWOOF (World Wide Opportunities on Organic Farms – see www.wwoof.net). I stayed in a farm near Ribe (old historical capital of Denmark – editors’ note), working in the garden, with flowers, cooking, painting stuff in exchange of a place to sleep and all the meals.

In that place there was this nice smiling guy that didn’t talk much and whom I would see every now and then cutting the grass on one of those “little cars”. He would cut the grass chanting a mantra like a Tibetan monk. One day I decided to chat with him and I found out he was quite an authority in a famous Danish Buddhist Centre, but who had retired of his job because he would get too stressed of travelling for doing the speeches. I also discovered he is from the same Buddhist School of Milarepa, an ancient Tibetan Buddhist teacher from the XII Century and whom I’ve followed the teachings since a long time ago. When he found out I was a “devotee” of Milarepa, he got really excited, invited me for tea in his house after lunch. He taught me a lot more about Milarepa, lent me some sacred scriptures for me to study while I was there. They were so beautiful. I’m really grateful to all the amazing people I’ve met in this trip.

I love making things that take a long time to cook, traditional and old recipes and with a lot of spices. I’m passionate about the whole ritual of cooking, especially with more women in the kitchen, talking about the secrets of the spices. These things make the food have soul.

My favourite type of food of all times is the food from Bahia (my region in Brazil). For me, the “dendê” oil – one of our main ingredients, which is a palm oil – is something that the great god almighty himself made from a drop of paradise! “Dendê” is the best thing in life and if I stay without it for a long time I become sick. Cooking with it is just like making a potion with the sun itself. Oh well, now after declaring all my love for the “dendê”, I can say I also love cooking all the Mediterranean food (Italian, Lebanese, Greek, Moroccan, Spanish, Portuguese…), Indian and Thai. All of them that have that aspect of rituality, of getting the seasoning perfectly right and slow, slow cooking.

I listen to a lot of Brazilian music, especially from the “Tropicalia Movement”, a cultural movement that emerged during our dictatorship period between the 60’s and 70’s: Caetano Veloso, Gilberto Gil, Tom Zé, Gal Costa, Maria Bethânia… and traditional music from the North Eastern part of Brazil.

As for books, I’m in a period of reading authors from Portuguese speaking African countries, mostly from Angola and Mozambique. My favourite ones are José Eduardo Agualusa, Mya Couto, Ondjaki and Valter Hugo Mãe.

I say to everyone that I have found Jesus in yoga 🙂 It’s funny but yoga actually cured my insomnia and the anxiety crises I used to have. So yes, yoga, meditation and spiritual practices from a few Brazilian religions.

I think I’m good at talking, helping and taking care of other people and I’m also fast on solving problems but I have to admit I miss some discipline and I’m quite disorganized. Oh, but surprisingly I’m quite organized when I cook.

Oh wow, so much! One of the most important things I’ve learnt this year is about reflections: everything is the same inside and outside and the way I see the world and other people is a reflection of how I see myself. This really works, and is amazing.