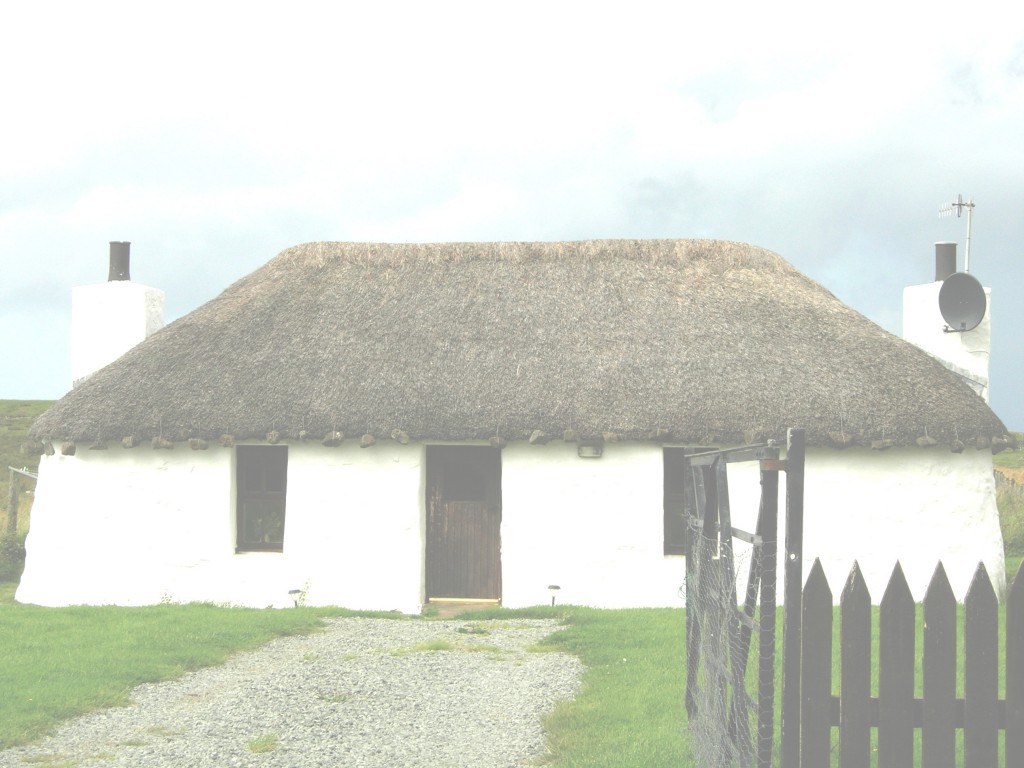 There was a woman who was beautiful, who started with all the advantages, yet she had no luck. She married for love, and the love turned to dust. She had bonny children, yet she felt they had been thrust upon her, and she could not love them. They looked at her coldly, as if they were finding fault with her. And hurriedly she felt she must cover up some fault in herself. Yet what it was that she must cover up she never knew. Nevertheless, when her children were present, she always felt the centre of her heart go hard. This troubled her, and in her manner she was all the more gentle and anxious for her children, as if she loved them very much. Only she herself knew that at the centre of her heart was a hard little place that could not feel love, no, not for anybody. Everybody else said of her: “She is such a good mother. She adores her children.” Only she herself, and her children themselves, knew it was not so. They read it in each other’s eyes.

There were a boy and two little girls. They lived in a pleasant house, with a garden, and they had discreet servants, and felt themselves superior to anyone in the neighbourhood.

Although they lived in style, they felt always an anxiety in the house. There was never enough money. The mother had a small income, and the father had a small income, but not nearly enough for the social position which they had to keep up. The father went into town to some office. But though he had good prospects, these prospects never materialised. There was always the grinding sense of the shortage of money, though the style was always kept up.

At last the mother said: “I will see if I can’t make something.” But she did not know where to begin. She racked her brains, and tried this thing and the other, but could not find anything successful. The failure made deep lines come into her face. Her children were growing up, they would have to go to school. There must be more money, there must be more money. The father, who was always very handsome and expensive in his tastes, seemed as if he never would be able to do anything worth doing. And the mother, who had a great belief in herself, did not succeed any better, and her tastes were just as expensive.

It came whispering from the springs of the still-swaying rocking-horse, and even the horse, bending his wooden, champing head, heard it. The big doll, sitting so pink and smirking in her new pram, could hear it quite plainly, and seemed to be smirking all the more self-consciously because of it. The foolish puppy, too, that took the place of the teddy-bear, he was looking so extraordinarily foolish for no other reason but that he heard the secret whisper all over the house: “There must be more money!”

Yet nobody ever said it aloud. The whisper was everywhere, and therefore no one spoke it. Just as no one ever says: “We are breathing!” in spite of the fact that breath is coming and going all the time.

“Mother,” said the boy Paul one day, “why don’t we keep a car of our own? Why do we always use uncle’s, or else a taxi?”

“Because we’re the poor members of the family,” said the mother.

“Well – I suppose,” she said slowly and bitterly, “it’s because your father has no luck.”

The boy was silent for some time.

“Is luck money, mother?” he asked, rather timidly.

“No, Paul. Not quite. It’s what causes you to have money.”

“Filthy lucre does mean money,” said the mother. “But it’s lucre, not luck.”

“Oh! Will you? And is father not lucky?”

“Very unlucky, I should say,” she said bitterly.

The boy watched her with unsure eyes.

“I don’t know. Nobody ever knows why one person is lucky and another unlucky.”

“Don’t they? Nobody at all? Does nobody know?”

“Perhaps God. But He never tells.”

“He ought to, then. And are’nt you lucky either, mother?”

“I can’t be, it I married an unlucky husband.”

“But by yourself, aren’t you?”

“I used to think I was, before I married. Now I think I am very unlucky indeed.”

The child looked at her to see if she meant it. But he saw, by the lines of her mouth, that she was only trying to hide something from him.

“Why?” said his mother, with a sudden laugh.

He stared at her. He didn’t even know why he had said it.

“God told me,” he asserted, brazening it out.

“I hope He did, dear!”, she said, again with a laugh, but rather bitter.

“Excellent!” said the mother, using one of her husband’s exclamations.

The boy saw she did not believe him; or rather, that she paid no attention to his assertion. This angered him somewhere, and made him want to compel her attention.

He went off by himself, vaguely, in a childish way, seeking for the clue to ‘luck’. Absorbed, taking no heed of other people, he went about with a sort of stealth, seeking inwardly for luck. He wanted luck, he wanted it, he wanted it. When the two girls were playing dolls in the nursery, he would sit on his big rocking-horse, charging madly into space, with a frenzy that made the little girls peer at him uneasily. Wildly the horse careered, the waving dark hair of the boy tossed, his eyes had a strange glare in them. The little girls dared not speak to him.

When he had ridden to the end of his mad little journey, he climbed down and stood in front of his rocking-horse, staring fixedly into its lowered face. Its red mouth was slightly open, its big eye was wide and glassy-bright.

“Now!” he would silently command the snorting steed. “Now take me to where there is luck! Now take me!”

And he would slash the horse on the neck with the little whip he had asked Uncle Oscar for. He knew the horse could take him to where there was luck, if only he forced it. So he would mount again and start on his furious ride, hoping at last to get there.

“He’s always riding like that! I wish he’d leave off!” said his elder sister Joan.

But he only glared down on them in silence. Nurse gave him up. She could make nothing of him. Anyhow, he was growing beyond her.

One day his mother and his Uncle Oscar came in when he was on one of his furious rides. He did not speak to them.

“Hallo, you young jockey! Riding a winner?” said his uncle.

“Aren’t you growing too big for a rocking-horse? You’re not a very little boy any longer, you know,” said his mother.

But Paul only gave a blue glare from his big, rather close-set eyes. He would speak to nobody when he was in full tilt. His mother watched him with an anxious expression on her face.

At last he suddenly stopped forcing his horse into the mechanical gallop and slid down.

“Well, I got there!” he announced fiercely, his blue eyes still flaring, and his sturdy long legs straddling apart.

“Where did you get to?” asked his mother.

“Where I wanted to go,” he flared back at her.

“That’s right, son!” said Uncle Oscar. “Don’t you stop till you get there. What’s the horse’s name?”

“Get’s on without all right?” asked the uncle.

“Well, he has different names. He was called Sansovino last week.”

“Sansovino, eh? Won the Ascot. How did you know this name?”

“He always talks about horse-races with Bassett,” said Joan.

The uncle was delighted to find that his small nephew was posted with all the racing news. Bassett, the young gardener, who had been wounded in the left foot in the war and had got his present job through Oscar Cresswell, whose batman he had been, was a perfect blade of the ‘turf’. He lived in the racing events, and the small boy lived with him.

Oscar Cresswell got it all from Bassett.

“Master Paul comes and asks me, so I can’t do more than tell him, sir,” said Bassett, his face terribly serious, as if he were speaking of religious matters.

“And does he ever put anything on a horse he fancies?”

“Well – I don’t want to give him away – he’s a young sport, a fine sport, sir. Would you mind asking him himself? He sort of takes a pleasure in it, and perhaps he’d feel I was giving him away, sir, if you don’t mind.

Bassett was serious as a church.

The uncle went back to his nephew and took him off for a ride in the car.

“Say, Paul, old man, do you ever put anything on a horse?” the uncle asked.

“Not a bit of it! I thought perhaps you might give me a tip for the Lincoln.”

The car sped on into the country, going down to Uncle Oscar’s place in Hampshire.

“Daffodil! I doubt it, sonny. What about Mirza?”

“I only know the winner,” said the boy. “That’s Daffodil.”

There was a pause. Daffodil was an obscure horse comparatively.