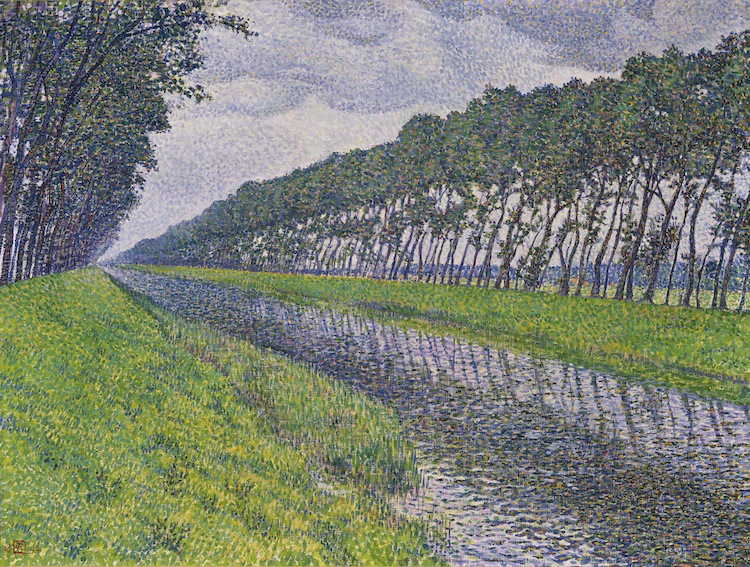 “Quite moderately nice,” she said, her voice cold and hard and absent.

She went away to town without saying more.

But in the afternoon Uncle Oscar appeared. He said Paul’s mother had had a long interview with the lawyer, asking if the whole five thousand could not be advanced at once, as she was in debt.

“What do you think, uncle?” said the boy.

“Oh, let her have it, then! We can get some more with the other,” said the boy.

“A bird in the hand is worth two in the bush, laddie!” said Uncle Oscar.

So Uncle Oscar signed the agreement, and Paul’s mother touched the whole five thousand. Then something very curious happened. The voices in the house suddenly went mad, like a chorus of frogs on a spring evening. There were certain new furnishings, and Paul had a tutor. He was really going to Eton, his father’s school, in the following autumn. There were flowers in the winter, and a blossoming of the luxury Paul’s mother had been used to. And yet the voices in the house, behind the sprays of mimosa and almond-blossom, and from under the piles of iridescent cushions, simply trilled and screamed in a sort of ecstasy: “There must be more money! Oh-h-h; there must be more money. Oh, now, now-w! Now-w-w – there must be more money! – more than ever! More than ever!”

It frightened Paul terribly. He studied away at his Latin and Greek with his tutor. But his intense hours were spent with Bassett. The Grand National had gone by: he had not ‘known’, and had lost a hundred pounds. Summer was at hand. He was in agony for the Lincoln. But even for the Lincoln he didn’t ‘know’, and he lost fifty pounds. He became wild-eyed and strange, as if something were going to explode in him.

“Let it alone, son! Don’t you bother about it!” urged Uncle Oscar. But it was as if the boy couldn’t really hear what his uncle was saying.

His mother noticed how overwrought he was.

“You’d better go to the seaside. Wouldn’t you like to go now to the seaside, instead of waiting? I think you’d better,” she said, looking down at him anxiously, her heart curiously heavy because of him.

But the child lifted his uncanny blue eyes.

“Why not?” she said, her voice becoming heavy when she was opposed. “Why not? You can still go from the seaside to see the Derby with your Uncle Oscar, if that that’s what you wish. No need for you to wait here. Besides, I think you care too much about these races. It’s a bad sign. My family has been a gambling family, and you won’t know till you grow up how much damage it has done. But it has done damage. I shall have to send Bassett away, and ask Uncle Oscar not to talk racing to you, unless you promise to be reasonable about it: go away to the seaside and forget it. You’re all nerves!”

“I’ll do what you like, mother, so long as you don’t send me away till after the Derby,” the boy said.

“Send you away from where? Just from this house?”

“Why, you curious child, what makes you care about this house so much, suddenly? I never knew you loved it.”

He gazed at her without speaking. He had a secret within a secret, something he had not divulged, even to Bassett or to his Uncle Oscar.

But his mother, after standing undecided and a little bit sullen for some moments, said: “Very well, then! Don’t go to the seaside till after the Derby, if you don’t wish it. But promise me you won’t think so much about horse-racing and events as you call them!”

“Oh no,” said the boy casually. “I won’t think much about them, mother. You needn’t worry. I wouldn’t worry, mother, if I were you.”

“If you were me and I were you,” said his mother, “I wonder what we should do!”

“But you know you needn’t worry, mother, don’t you?” the boy repeated.

“I should be awfully glad to know it,” she said wearily.

“Oh, well, you can, you know. I mean, you ought to know you needn’t worry,” he insisted.

Paul’s secret of secrets was his wooden horse, that which had no name. Since he was emancipated from a nurse and a nursery-governess, he had had his rocking-horse removed to his own bedroom at the top of the house.

“Surely you’re too big for a rocking-horse!” his mother had remonstrated.

“Well, you see, mother, till I can have a real horse, I like to have some sort of animal about,” had been his quaint answer.

“Do you feel he keeps you company?” she laughed.

So the horse, rather shabby, stood in an arrested prance in the boy’s bedroom.

The Derby was drawing near, and the boy grew more and more tense. He hardly heard what was spoken to him, he was very frail, and his eyes were really uncanny. His mother had sudden strange seizures of uneasiness about him. Sometimes, for half an hour, she would feel a sudden anxiety about him that was almost anguish. She wanted to rush to him at once, and know he was safe.

Two nights before the Derby, she was at a big party in town, when one of her rushes of anxiety about her boy, her first-born, gripped her heart till she could hardly speak. She fought with the feeling, might and main, for she believed in common sense. But it was too strong. She had to leave the dance and go downstairs to telephone to the country. The children’s nursery-governess was terribly surprised and startled at being rung up in the night.

“Are the children all right, Miss Wilmot?”

“Oh yes, they are quite all right.”

“Master Paul? Is he all right?”

“He went to bed as right as a trivet. Shall I run up and look at him?”

“No,” said Paul’s mother reluctantly. “No! Don’t trouble. It’s all right. Don’t sit up. We shall be home fairly soon.” She did not want her son’s privacy intruded upon.

It was about one o’clock when Paul’s mother and father drove up to their house. All was still. Paul’s mother went to her room and slipped off her white fur cloak. She had told her maid not to wait up for her. She heard her husband downstairs, mixing a whisky and soda.

And then, because of the strange anxiety at her heart, she stole upstairs to her son’s room. Noiselessly she went along the upper corridor. Was there a faint noise? What was it?

She stood, with arrested muscles, outside his door, listening. There was a strange, heavy, and yet not loud noise. Her heart stood still. It was a soundless noise, yet rushing and powerful. Something huge, in violent, hushed motion. What was it? What in God’s name was it? She ought to know. She felt that she knew the noise. She knew what it was.

Yet she could not place it. She couldn’t say what it was. And on and on it went, like a madness.

Softly, frozen with anxiety and fear, she turned the door-handle.

The room was dark. Yet in the space near the window, she heard and saw something plunging to and fro. She gazed in fear and amazement.

Then suddenly she switched on the light, and saw her son, in his green pyjamas, madly surging on the rocking-horse. The blaze of light suddenly lit him up, as he urged the wooden horse, and lit her up, as she stood, blonde, in her dress of pale green and crystal, in the doorway.

“Paul!” she cried. “Whatever are you doing?”

His eyes blazed at her for one strange and senseless second, as he ceased urging his wooden horse. Then he fell with a crash to the ground, and she, all her tormented motherhood flooding upon her, rushed to gather him up.

But he was unconscious, and unconscious he remained, with some brain-fever. He talked and tossed, and his mother sat stonily by his side.

So the child cried, trying to get up and urge the rocking-horse that gave him his inspiration.

“What does he mean by Malabar?” asked the heart-frozen mother.

“What does he mean by Malabar?” she asked her brother Oscar.

“It’s one of the horses running for the Derby,” was the answer.

And, in spite of himself, Oscar Cresswell spoke to Bassett, and himself put a thousand on Malabar: at fourteen to one.

The third day of the illness was critical: they were waiting for a change. The boy, with his rather long, curly hair, was tossing ceaselessly on the pillow. He neither slept nor regained consciousness, and his eyes were like blue stones. His mother sat, feeling her heart had gone, turned actually into a stone.

In the evening Oscar Cresswell did not come, but Bassett sent a message, saying could he come up for one moment, just one moment? Paul’s mother was very angry at the intrusion, but on second thoughts she agreed. The boy was the same. Perhaps Bassett might bring him to consciousness.

The gardener, a shortish fellow with a little brown moustache and sharp little brown eyes, tiptoed into the room, touched his imaginary cap to Paul’s mother, and stole to the bedside, staring with glittering, smallish eyes at the tossing, dying child.

“Malabar! Malabar! Did I say Malabar, mother? Did I say Malabar? Do you think I’m lucky, mother? I knew Malabar, didn’t I? Over eighty thousand pounds! I call that lucky, don’t you, mother? Over eighty thousand pounds! I knew, didn’t I know I knew? Malabar came in all right. If I ride my horse till I’m sure, then I tell you, Bassett, you can go as high as you like. Did you go for all you were worth, Bassett?”

“I went a thousand on it, Master Paul.”

“I never told you, mother, that if I can ride my horse, and get there, then I’m absolutely sure – oh, absolutely! Mother, did I ever tell you? I am lucky!”

“No, you never did,” said his mother.

But the boy died in the night.

And even as he lay dead, his mother heard her brother’s voice saying to her, “My God, Hester, you’re eighty-odd thousand to the good, and a poor devil of a son to the bad. But, poor devil, poor devil, he’s best gone out of a life where he rides his rocking-horse to find a winner.”

The Part I and Part II have been published, respectively, one and two weeks ago and are in our Short Stories section.

The illustration of this short story is a oil on canvas, 60×80 cm, shown at Peggy Guggenheim Foundation Venice: Le canal and Fiandre par temps triste (Canal in Flanders, Gloomy Weather), 1894, by Theo Van Rysselberge (the painting has been exhibited in a successful collective show, The Avant-gardes fin the Siècle Paris, closed on January 2014).