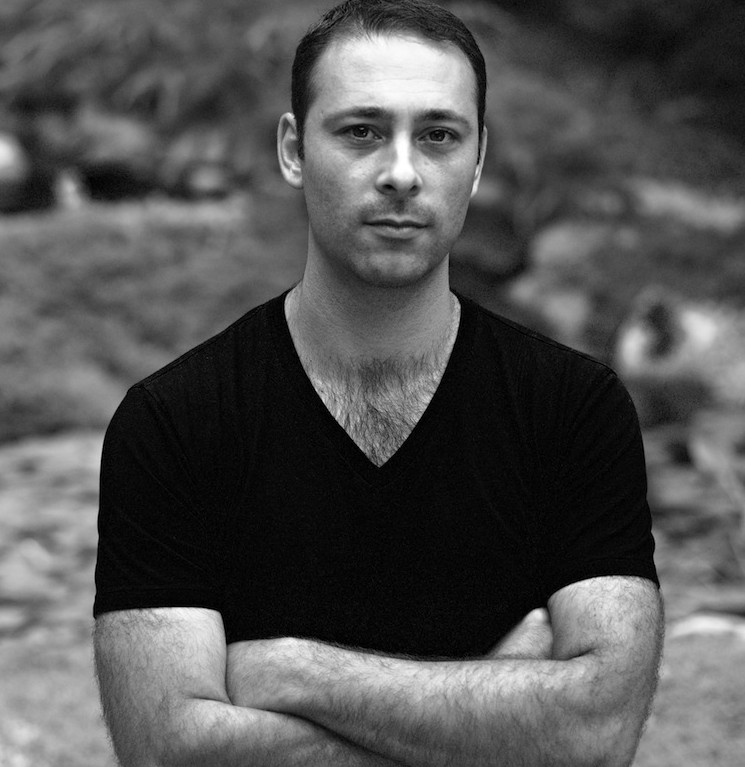 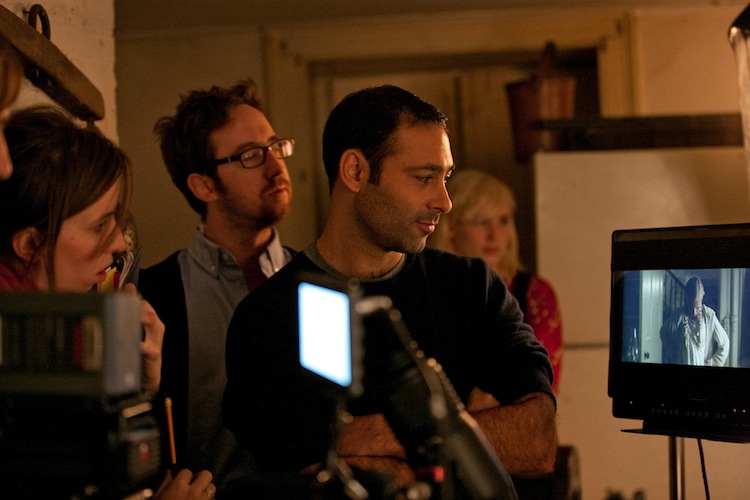 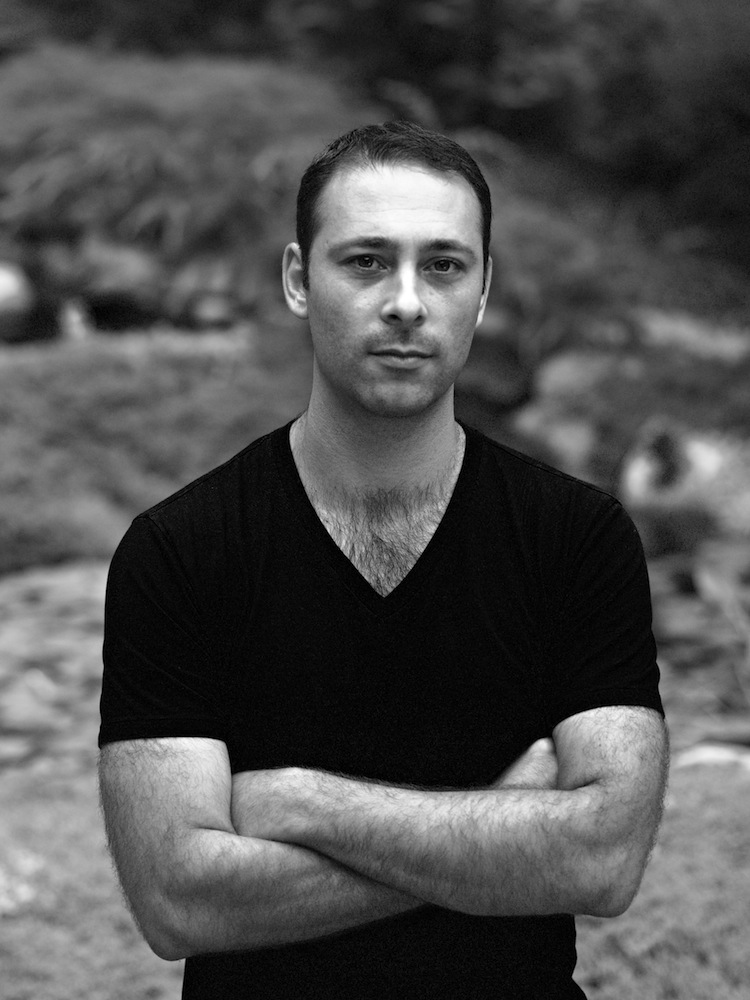 Your story in ten 10 lines

My grandparents on my mother’s side were Polish Jews that escaped Europe in 1939 to Argentina, and later immigrated to the US. My father’s side is a mix of Basque and Maya. I was born in 1974 on a commune in West Virginia to a single mother and grew up in a cabin without electricity or hot water. I was seven we moved to Oakland, CA. Identity questions, borders and travel have always been part of my life. I’ve visited over fifty countries and lived in Argentina, Brazil, Bolivia, Venezuela, Italy, France, Germany, the UAE, Oman, Tunisia, Thailand and Korea. Education has also played a huge part in my life – I’m now going on fifteen years of higher education; seven at UC Berkeley studying literature and languages and eight at New York University studying dramatic writing and film. At the same time I’ve always pushed my own personal limits, visiting refugee camps, illegal gun markets, and maximum security prisons, to name a few.

How would you define yourself? A filmmaker? A storyteller? Or?

It’s funny, I used to struggle to define myself – was I a playwright, a screenwriter, a filmmaker – that was before moving to Berlin, which allowed me to see the box that New York was trying to push me into. Now I feel free to just create works – some are more narrative based, but others are simple portraits. Consumer society is very uncomfortable when it can’t give you a label because it doesn’t know how to sell you. It’s a problem I am having with funding my current project – I don’t adhere to anyone’s guidelines.

What are the main challenges in your artistic activity?

The challenges are varied and numerous. But I think the main ones that I face fall into two categories; personal and financial. The first is the key to creativity, coming up with new stories to tell to how to tell them – it is often a simple question of believing in yourself and being willing to take risks – ones that really put you in position to fail, but also give you the opportunity of creating something original. The second part is convincing others to believe in your vision and go on the ride with you.

Did you have any particularly remarkable encounter during your artistic activity? Tell us some details.

Every film I work on changes me in some fundamental way and I feel incredibly lucky to be able to work in such diverse fields. One such occasion allowed me to work with a non-actor that had spent 25 years in prison. To hear about him going into foster care as a baby, to the armed robbery that went wrong, to him becoming an expert in WWII history and still unable to find a minimum wage job was enlightening.

Working in film has allowed me to get to know gipsys, experimental musicians, beauty queens and disabled activists – and all of them have taught me things about life that validate my desire to tell stories that fall outside the boundaries of mainstream culture.

Society gives my work context. It gives my life meaning in that it allows me to look back at and see how things have changed, and also look forward and dream about how life ‘could’ be. Without an audience, my work would be incomplete.

I hope that I provide questions about our society, the way we live, our values, and our relationships to ourselves and to others. I hope that my stories make people feel and also encourage them to think, to question, and to search for their own answers.

Is there anything remarkable that surprised you recently?

I’ve been thinking a lot about the film frame being a ‘gaze’ as opposed to an ‘image’. Over the summer I was at a residency in Czech Republic and I was speaking with a visual artist, Richard Ashrowan, about just looking at things – the extended gaze – and how something can begin to reveal itself in more depth. The next day I was out walking in the wheat fields and decided to pick an object and just stare at it for fifteen minutes. I chose an old scarecrow that was sitting in an abandoned garden, some distance away. At first I noticed the ripped clothes tied around the boards – then I saw the string dangling from the arms that was weighted down with old jar lids that would sway in the breeze and clang against each other – seemed a pretty smart and economic way to keep the birds away, combining both visual movement and sound. But as I continued to look at it I realized the white streaks on the shoulders and chest were actually bird shit. It made me laugh out loud. Here was a scarecrow so useless that the birds were using it as a perch and actually shitting on it. The entire meaning hinged on my ‘gaze’.

Salads. We had a wonderful garden when I was growing up and the only rule was I had to eat whatever I picked. I mix up my salads according to the seasons but always try to include some kind of fruit, nuts and cheese.

My life has had different phases, mostly determined by where I’m living. This year it is definitely beer – Germany will do that to you. I enjoy the unfiltered wheat beers a lot.

The music or a book (not yours) that is/are currently with you. And music/book you’ll never forget.

I’m reading Berlin School Glossary, which is a collection of essays that looks at the new wave German cinema that’s been dubbed the ‘Berliner Schule’. It’s basically a movement/trend since the fall of the Berlin wall that tends toward less traditional narratives and longer takes, valuing observation over plot development and states of being over action. It’s been a joy to discover this group of filmmakers that come not only from Berlin, but also from Munich, Hamburg and Vienna. They are truly beautiful films that do well at festivals but afterwards are largely unknown. A few filmmakers worth searching for are Christian Petzold, Benjamin Heisenberg, Maren Ade and Maria Speth.

One of my favorite books is The Master of Go, by Yasunari Kawabata, which he first wrote as newspaper articles when he was a young journalist covering one of these rare championships in 1938. It was just before World War II, when the old traditions were being challenged by a younger, more pragmatic generation, and in many ways foreshadowed Japan’s defeat. Years later Kawabata turned the articles into a novel. The elegance, economy, and depth of the writing remind me of traditional Japanese Haiku poetry. As a side note; find the translation by Edward Seidensticker – a genius in his own regard.

My next project, Between Day and Night, is a film about freedom. It is about taking our own paths and overcoming those things that restrain us: society, family, economics, prejudice, self-doubt – for everyone it is something different. Itis a narrative/documentary/experimental feature that follows a dozen artists (musicians, dancers, a photographer, actor and painter) living and working in Berlin during the winter of 2014/15. Our group of recent immigrants soon mingles with Berlin’s own outcasts; Germans of mixed race, second generation Turks, African asylum seekers, East Berliners yet to adapt or forced from their homes because of gentrification. The stories unfold and interconnect in Reuterkiez, the problem ‘area’ of Berlin, a traditionally Turkish and Arab quarter where a third of the population is foreign born and another third is unemployed, and yet it is the liveliness and spark of this neighborhood that gives Berlin its bohemian spirit.

I think I have a talent for listening to people. It’s what makes me a good storyteller and helps me collaborate with other artists.

My non-talent, or something I would like to change, is that I have a hard time asking for help. The filmmaking process can often be overwhelming – definitely too much for one person.

What are your methods for living a “slow” life?

I sleep eight hours a night no matter what time I go to bed (it’s a luxury I give myself), eat fresh food and exercise.  I also try to always be in the moment no matter what I am doing. Meaning every person I speak to should be a real connection. It’s harder than it sounds.

Hard work, generosity and a small ego will take you far. Few things in life are really important. Our comfort circles are smaller than our abilities. When you don’t understand someone or something, it’s only because you are missing information. Everyone is different; what’s right for one person may be wrong for another.

If you are interested in learning more about the feature film Between Day and Night and possibly supporting us, please send an inquiry to characterz at gmail dot com

“We have an incredibly talented team that recently won awards at both the Venice Film Festival and Semaine de la Critique in Cannes, but we are still missing a few essential pieces that will allow us to realize our vision.”