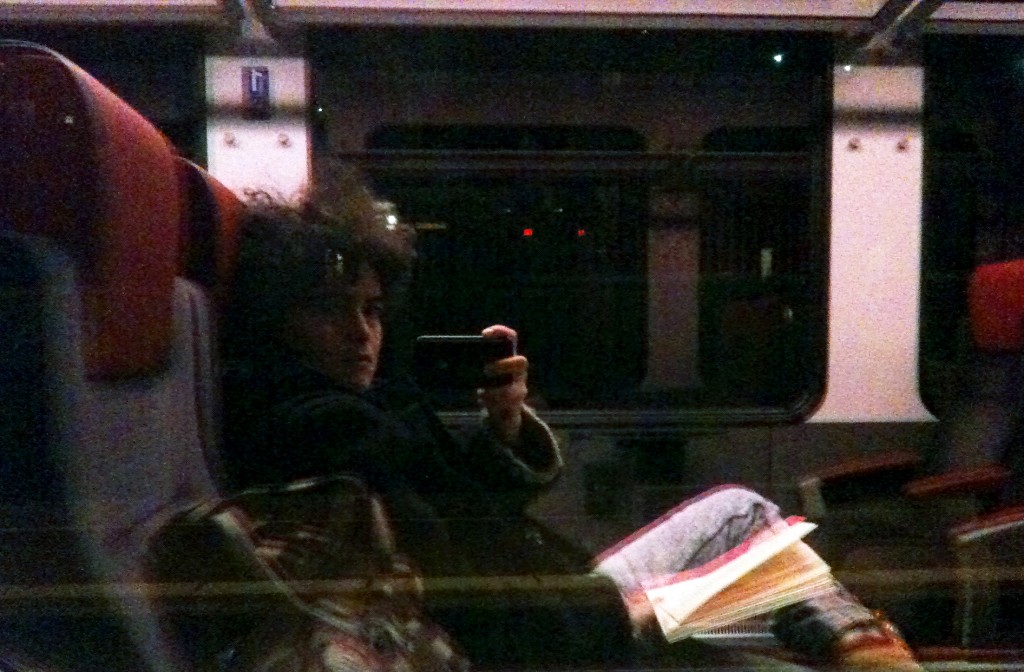 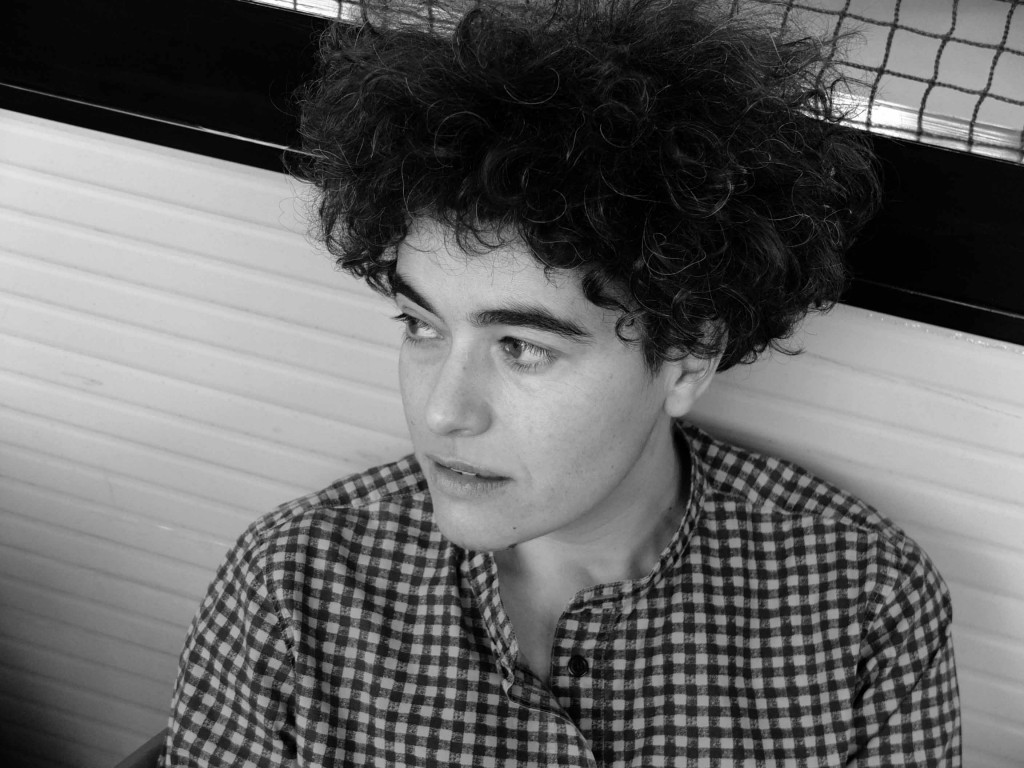 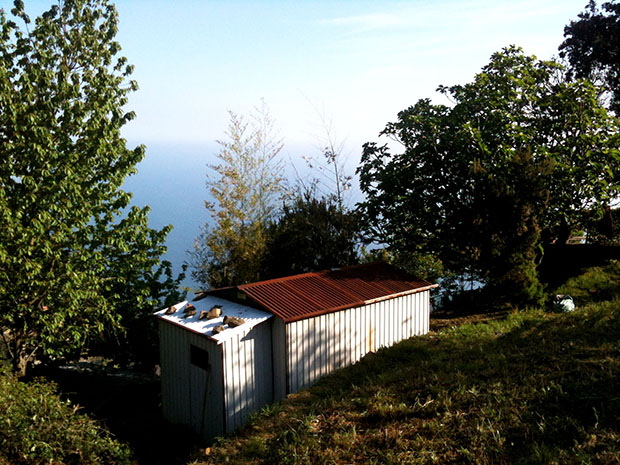 A garden by the sea
Alice Guareschi, 2014 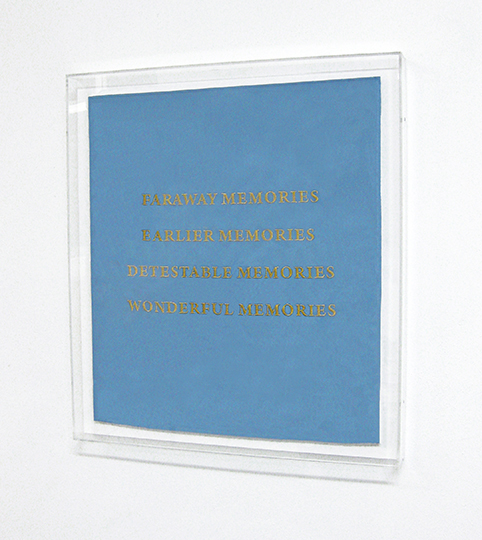 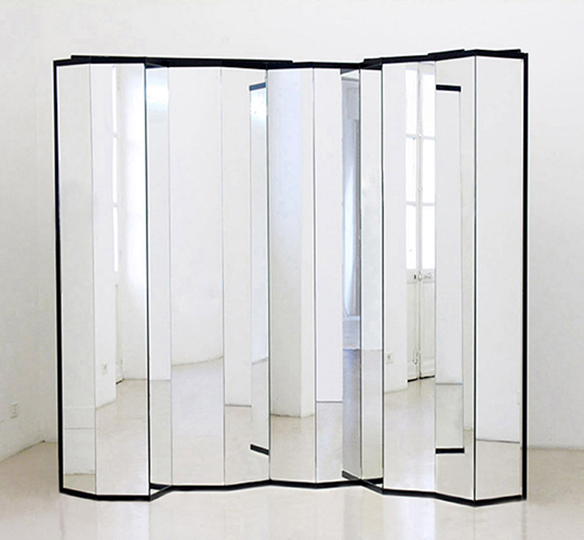 The mirror house (about multiple truths and the real reality of real-time images)
Alice Guareschi, 2012 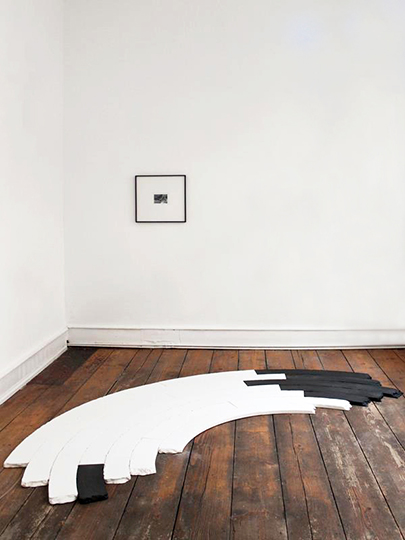 Whenever standing in between whiles,
Guareschi's solo show at DREI gallery, Cologne 2012 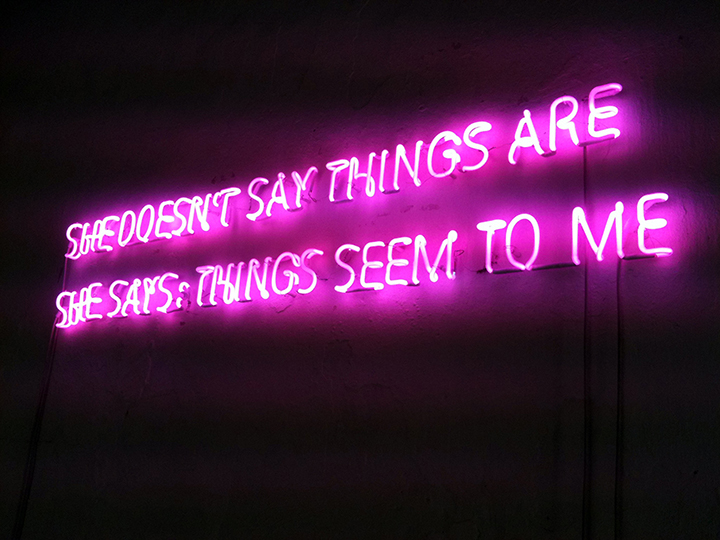 She doesn't say things are. She says: things seem to me,
Alice Guareschi, 2011 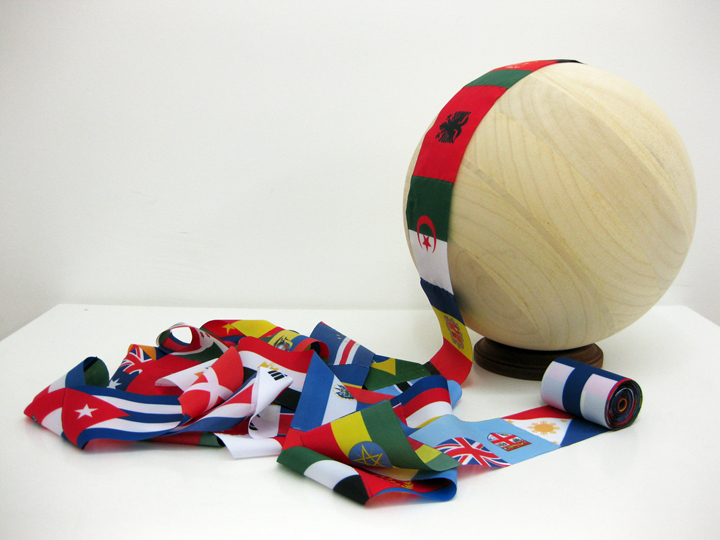 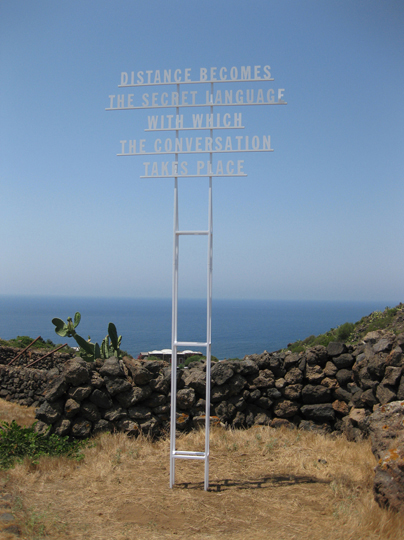 Distance becomes the secrete language with which the conversation takes place
Alice Guareschi, 2009 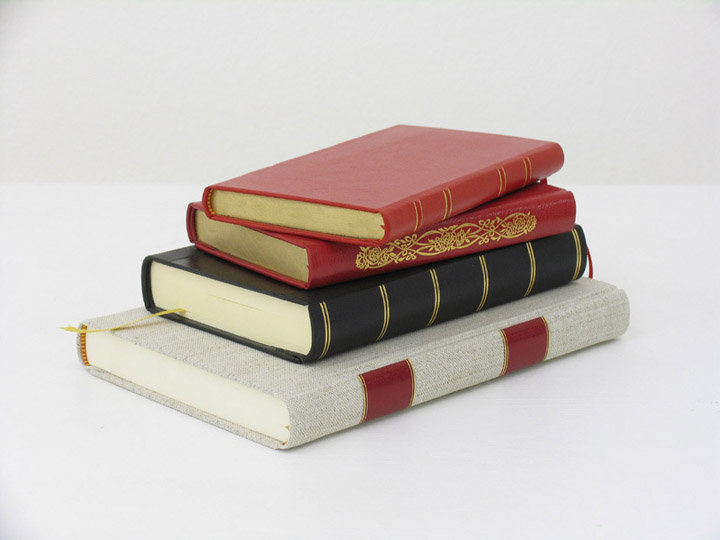 Your story in ten lines.

I was born in May. As a child, I was an avid reader, I took wonderful trips by car with my parents, I was used to play soccer in the courtyard and I would have loved to have a brother or a sister. Then at a certain moment, my parents divorced and I grew up with my mother. During my high school (liceo) years I felt I was coming from Mars, I loved to study and had a personal rhythm, but I’ve never really had a strong relationship with my schoolmates: with them I always missed something that on the other hand I’ve been lucky to find when I’ve met those who are still some of my best friends. We shared a world partially packed with literature and many other interests that saved us from the boring life in a provincial city: from Parma, for a reason or another, at a certain point all of us left. Milan is the city where I started the university and where I settled down. Bologna is the city where, even if I never lived there, I finished my studies graduating in philosophy. Paris is my elective city, the one to explore when you’re in your twenties, the one of the encounters that broaden your horizon, the one for lonely pleasures. In those years, I used to wander, travelling as much as possible: I was constantly following my interests with such an unconscious yet determined energy, until the moment when I was not satisfied anymore in looking at others’ achievements.

Means are sometimes limited, but artists love limitations. How did you deal all along your carrier with such resource constraint and how residencies have been important in your work?

It is often true that artists love limitations but this regards above all conceptual limitations, individually imposed in order to expand creativity, to play with the mind, or to put things in a given perspective, but I would not refer to economic limitations. Monumentality or entertaining or noise for its own sake never interested me, and I am ideally faithful to what I call the ecology of means that starts from what is necessary to “start” with, leaving also a lot of room for emptiness and silence. This implies that each artwork has to have its own scale and specific productive needs, and in some cases having to pay attention to every single cent for its production is only a big strain that adds nothing to the intellectual efforts. Regarding residencies for artists, I found them very important because by allowing a prolonged settlement elsewhere from home it represents a very different nature from travelling. And also because sometime – thanks to residencies – you meet interesting people who bring to you new things.

What place did you reserve in your artistic practice to writing and wording (especially by putting words as objects together with their meanings)?

In its various ways, I always conceived my practice as a form of writing: words, images, objects, pauses, empty spaces and things left out of focus, all together, through their balance or simply for the fact to be put one aside the other, they do produce a meaning. I love single words, with their sculptural and synthetic qualities. I love language due to its structures, for the articulation of elements, their latent ambiguity, the potential and yet constant chances of misunderstanding. I love the foreign languages because I can understand them but only at a certain extent. And I like them because when you speak in a foreign language, your voice changes. The objects I create are for me like the words in a vocabulary, while the movies are fragments of stories having a more precise and crucial relation with time.

Tell me more about your new project: A Garden by the Sea. Is this special artist-run residency (which is also an arts platform) an antidote to actual practices in residencies for artists or is it more an escapist strategy to look beyond the city-based module in arts producing and disseminating? Or it is more about nature, its elements and the arts in relation to the landscape?

This project summarises two very different pleasures – both very intense and both very necessary to me: the possibility to be in contact with nature close to the sea in some periods of the year (especially in summer) and the pleasure to share this extra-domestic dimension with other people. The synthesis is clearer to me now, but the project has been taking its shape over the years through various steps, not always explicit, not always linear: in any case, the result is that last August, after a night intensely spent reading real estates adverts, I eventually found a small garden (230 squared meters) overlooking the sea at Tramonti (where the National Park of Cinque Terre, Liguria, starts). Buying it has been the first step in growing roots there. At the moment it is very grassy and it is only provided with a rusty shelter for tools, with a gorgeous fig tree and – although only since some weeks – drinkable water. All the rest has to be done, to design, to invent, to transport on the shoulders for 198 steps and to build: I think that all this makes the garden itself a project before everything else will take place there. I had the option of doing everything alone or with the help of some friends when they were available, maybe taking ages before it could have been finished, waiting for me to have the money for it. I decided instead for a crowdfunding and to involve as many people as I was able to contact since the beginning: friends, friends of friends, some collectors, loving acquaintances, supportive relatives. This allowed me to be able to immediately start with some restoration already this summer and make the place available for everybody sooner than otherwise. The reaction to the campaign has been extraordinary. It ended just a few days ago and I reached and passed my goal, reaching the 145% mark of donations and 108 supporters. Now it’s up to every single one of them, not considering the entity of their donation and the benefit they’ve chosen as rewards, the chance to choose the nature of their involvement in the project: they may only support with love the idea from far away, they could come physically there one time to see how it is, or maybe join physically the works on site and eventually stay there for a while. These variables – unknown and unpredictable to me so far – are part of the game and will inevitably contribute to shape the project. Since mid July, we will host the first summer-camp in a very spartan mood: then, slowly, I would love to host more structured projects (as workshops, micro live sets), but now it’s still too early to speak about this.

Assuming Milano as your actual or main city, what has it given to you and what have you given to it?

Your question seems to regard the past, but my answer is still in the present. Even if I was not born there, I spent in Milan half of my life, it is my city, it is the place where I have my studio and my home, where my mother lives and where my best friends are. It is a good base, if you know that from there you can move. There are moments in which I feel well, I have my relational paths and a good balance between working in the studio and things to do and spot around; there are other moments when I consider Milano too small and a bit claustrophobic because everybody knows everybody and because I lack water, bridges, the vastness of the horizon. What did I give to Milano? I participated with passion movie festivals and concerts.

Which is your favorite food and drink?

I love almost everything, but I mostly adore to be guest of someone who loves to cook. My summer drink? Sprizt bianco (a Venetian-born drink made with prosecco, sparkling water and a slice of lemon, editor’s note)

Which is your favourite music and book(s)?

At home during the mornings, I primarily listen to indie-folk, small groups with strange names I immediately forget; also, I listen to the mixtapes of a French webzine I am really found of. When I am outside of my home, it depends on the mood and the context…I surely hate funky! My favourite books? Those on the edge, a mix among an essay, a self-biography and personal memories. And, among the novels, the education novels (bildungsroman).

If I am in the mood, I am able to play with words. And I believe to be a good observer.

What I miss is an encyclopaedic memory.

What have you achieved from life?