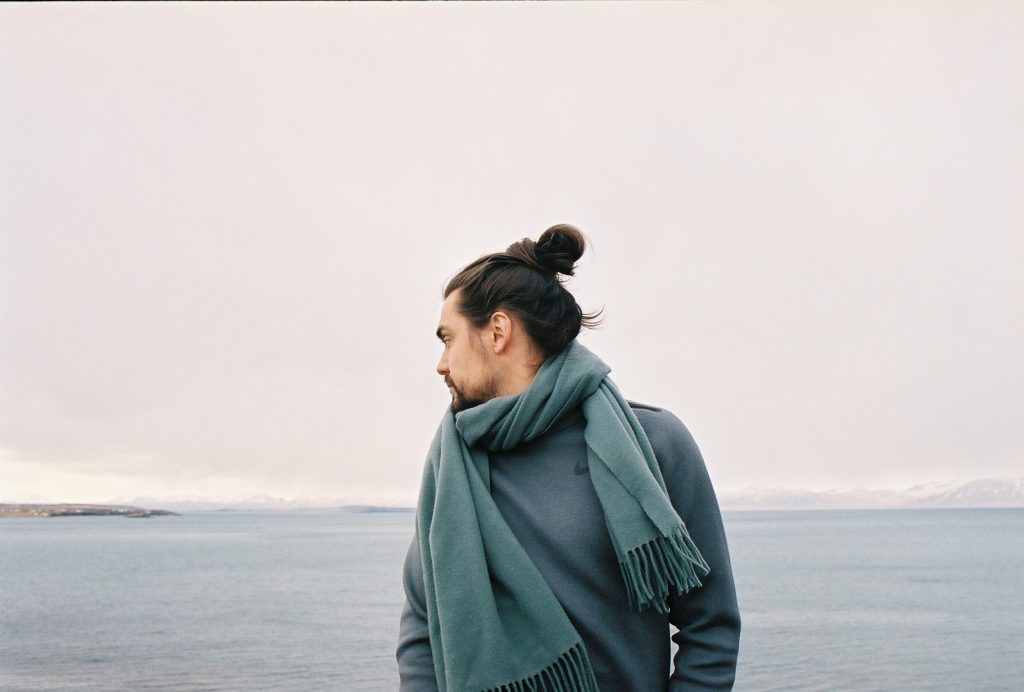 The first book of poetry in his life arrived not as the first thing read: he was 14, at school, it was a bunch of Ukraine-based poets.

More or less 15 years later – after then having studied science and having changed a country – he discovers music as his main passion and conjugate it with poetry publishing three chapters of ‘Album with Poets’ which collects the reading of XX Century poets and his compositions.

Each chapter is dedicated to a genre in terms of geographical distribution, language and time of the century.

The crucial interest of Anton in this project is the real voice of the authors reading their creations he accompanies with his radical and unseen composition, mainly electronically assembled and remastered.

We start with Anton’s story a new series of biopic of people from this world – performers you can ideally book for your special moments when you wish to drench in any kind of art related to written words.

As already happened in the past, our readers suggested us to tell the story you’re going to read now.

This one crossed twice the globe and sparkled into the rooms of an European museum where a friend, the Australian lighting designer Adam Meredith, met Anton and thought we could be heavily interested in his work.

Correct, thanks Adam for your tip!

I’m 29 years old, I’m from Kiev (Ukraine). I’ve studied Science in France since 2014 and since these four/five years I work here.

I’m a musician for passion – I’ve studied Physics and Sound Engineering at the university.

‘Very complicated’… it was for a love story, I followed my partner who started to study here and I simply moved with her. That was the ‘hard choice’… if you want (of course he is joking, this interview took place on FaceTime and he was really amused once this question has been asked!)

What do you think of Paris?

I have a different point of view from you, for sure: it’s a marvelous country but as immigrants is a very complicated place to start here. It’s, indeed, the most interesting place for artists and for the creative people. A very lovely place to be.

Which is your relation with music? Are you more on the side of a composer or…

I’m alone and I learnt and produced it from A to Z: for instance for Album with the Poets I’m writing, I’m recording, I’m producing the sound.

How this project started? Do you also write poetry?

Yes, I write it a little bit but I just started it because of the love for poetry.

I was always greatly impressed by this art and I found that it has the power to change a lot of things.

I’ve chosen the poems I like, I tried to translate them in music and everything started from there. When I started I never guessed it could become a collection of three albums. Only after three songs, I understood that I wanted to make a real project of it and not only a divertissement.

What about the choice of the poets? It’s very wide and therefore you seem to have many passions and of course I guess you read many languages…

I’m trying to do this even if it’s not easy. With poetry sometimes you ‘hear’ them for the music of the language and not for its real sense, the pure sense of the words in a line – it’s deeply interesting for me.

Sometimes the poetical language is seeming an international ‘tongue’. You don’t really need to understand every detail to get it perfectly but nevertheless this I’m trying to read and translate (or read the already translated poems in English or French) to know them better and to study the different literary language.

The choice of the media of music together with the poetry read by its author is not only a matter of passion, maybe. Do you think that the traditional form of poetry readings is surpassed, a bit too boring to be performed as it is?

Not at all, it’s just because of the passion I have in playing and composing. And also because the role of the poetry, the meaning and the sound of poetry changes the music and viceversa.

My master dissertation was about the development of this topic: the poetry adds (and shape) a different dimension in a sound space: poetry itself is for me another melodic line in a composition.

Did it happened to you to find inspiring performers working in this same path, mixing literature and music like you?

I don’t think to have a pretty unique idea but at the same time I didn’t find so many examples – inspiring or not – working on this path. There is lots of good music out there, there is plenty of recording of readings with the original voice of the poets, or lively performed readings with actual poets. It’s indeed so easy to find something exactly as I did.

I was inspired a lot by good writers who wrote poetry for music and good composers who used interesting poetry for their works. As Benjamin Britten with Songs and proverbs of William Blake, Robert Wyatt with Rock bottom, Earl Sweetshirt.

You can also find good poetry in the music of Sixto Rodriguez, for example in Cold fact. And in many sing-song writers from the 70ies, like Bob Dylan and others who were more popular than Rodriguez.

Honestly, I never heard of her.

You’re right, is more the kind of genre for seekers of my age.

She has been really always into performative poetry and is – regarding music – an unsurpassed minimalist composer (listen to her O Superman and let me know what you feel), she can be defined also an inventor in terms of self-building cellos and other instruments. She is also a movie director. And the Lou Reed’s widow and long-term companion and muse.

She is one of the most interesting avant-garde performers of spoken poetry but her truly unique combination with her music scores let her choose to talk of herself in terms of ‘storyteller’.

What do you think of Kate Tempest?

Oh, yes, I listened to her here in France with other friends musicians and composers and they liked her a lot.

I don’t know, yet. It’s not what I’m looking for in terms of music and spoken poetry.

What is your ideal audience to perform ‘Album with the Poets’?

I guess it will be more composed by those loving literature and poetry than the kinds of fond of music.

Do you miss Kiev?

A lot. But it’s completely normal to have this feeling. When there is a distance between you and the people and the scenes, you miss them.

What do you feel Paris is giving you as a citizen and what do you give back to it?

Paris took me a lot of experience from another point of you. You have different language and logical paths and this needs time but I hope I will take something from the people who built this town.

The book with you in these days?

The music with you now that is not yours that you’re listening to very happily?

I like very much the Minimalist composers from 60ies and 70ies and, just recently, found Arthur Russell, a very interesting composer, I’m listening to him a lot.

What is the real impact of gilet jaunes on your real life – given you go back and forward from Paris for work – and also your feelings as citizen.

I don’t want to seem hypocritical but for me they don’t play a big role; I don’t know a lot of people who joined their demonstrations and is not really my point of view. Of course I know that for the society is a big movement. What is very important is that from the very moment gilet jaunes started to be so loud, the French political power started to talk wth people. Probably the first time since many, many years.

What do you expect to be in ten years from now? Your ideal destination but anything else crossing your mind…

I want very much to do my personal projects. I hope so to start it soon and also that in ten years I will be not older than ten years before.

I think you’re already on a very good path for this last auspice! What did you achieve, learn, from your life even if you’re still young?

Album with the Poets:

To buy the third chapter: