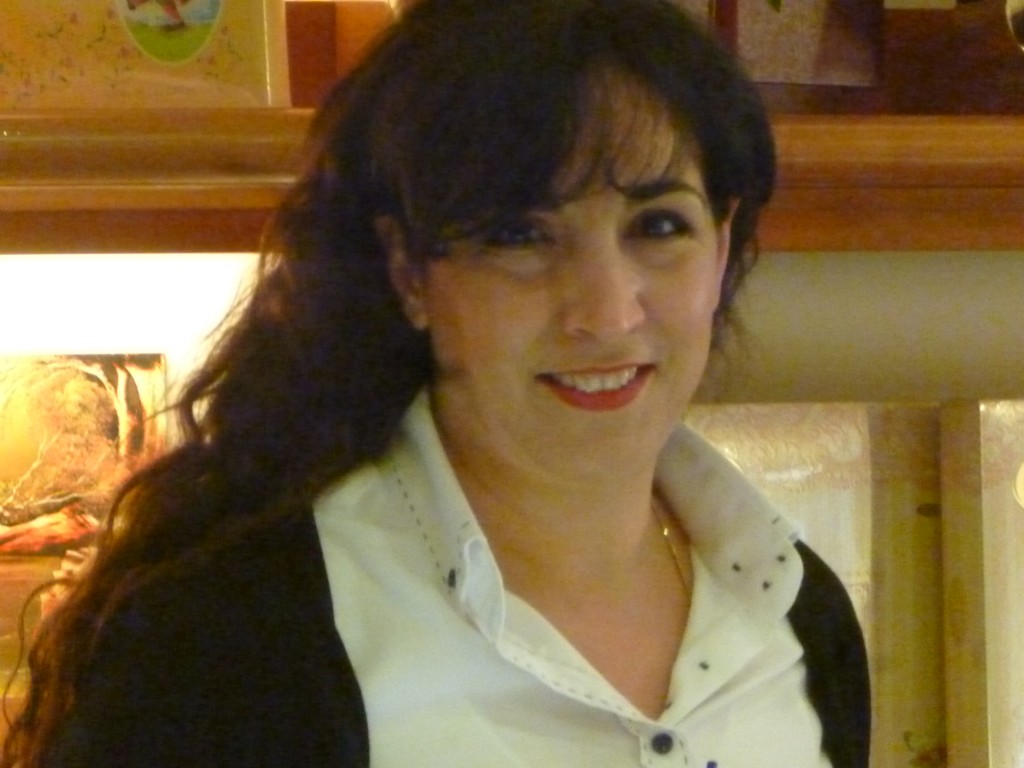 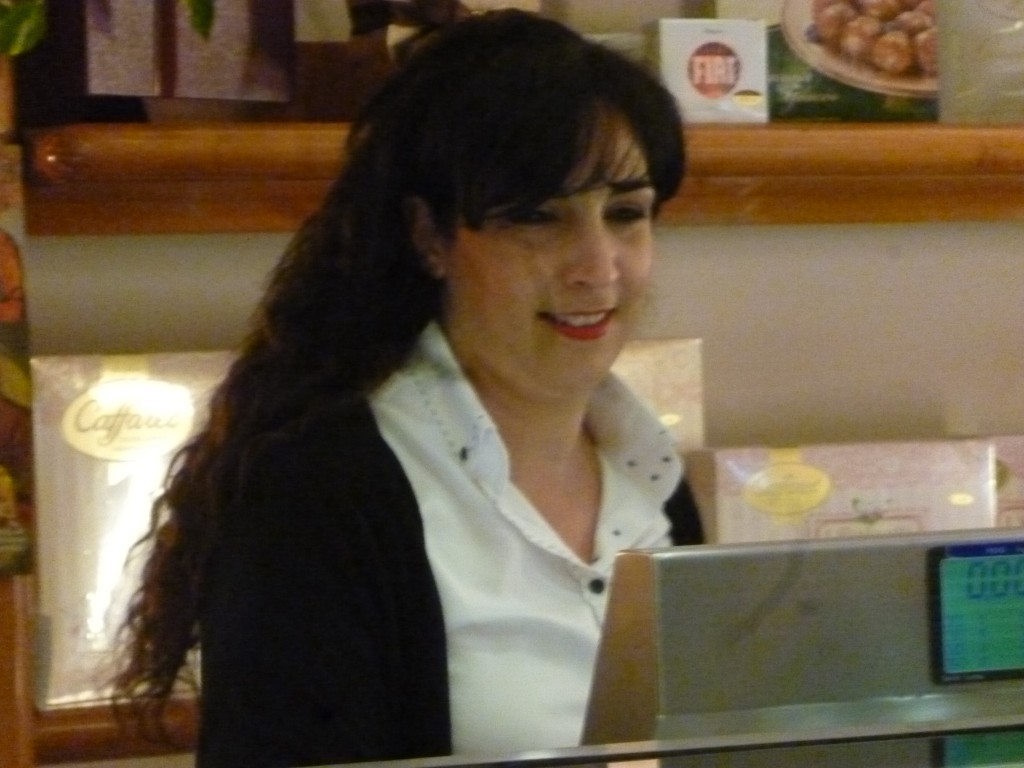 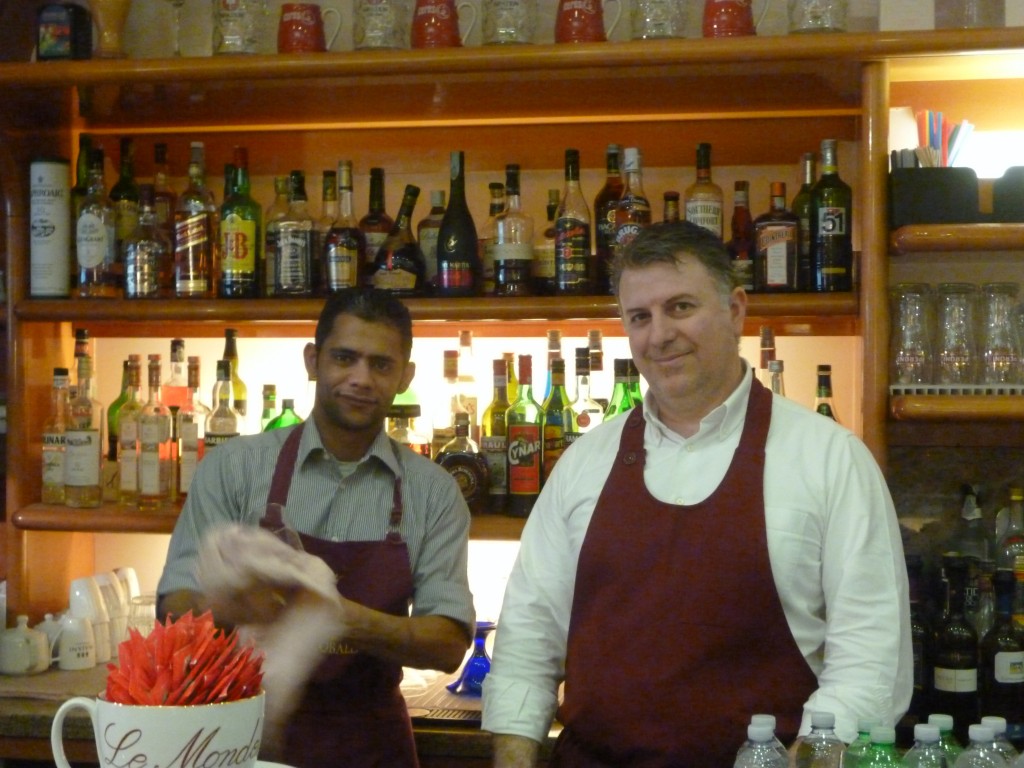 The husband and a colleague
Picture Paolo Graziano 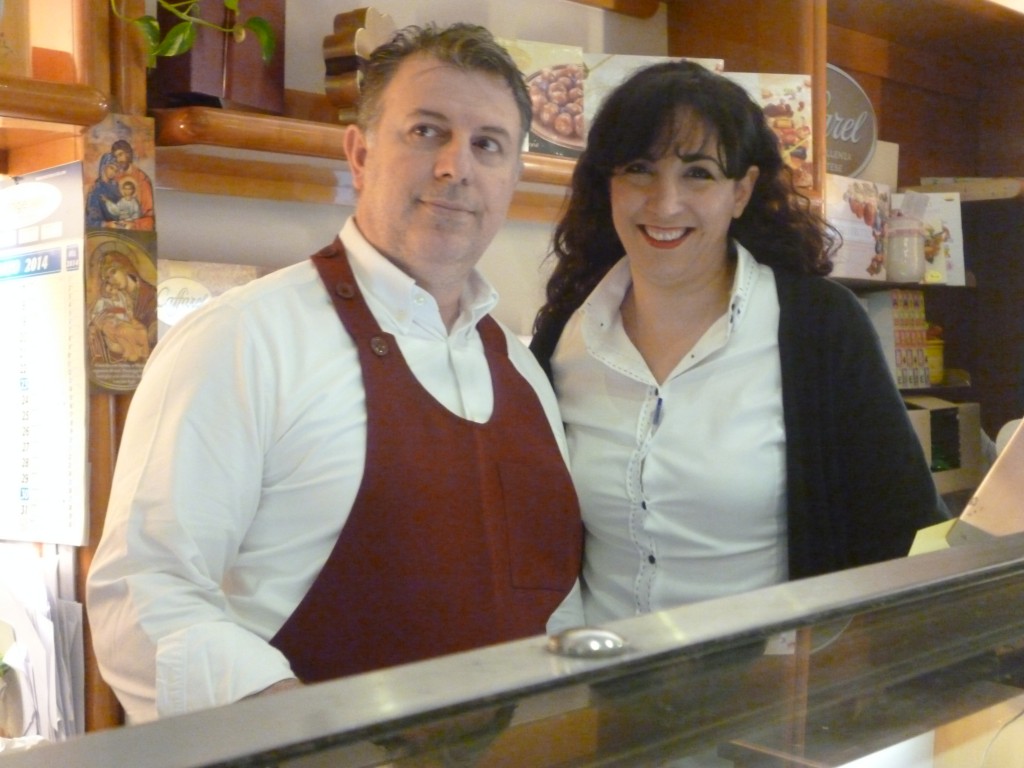 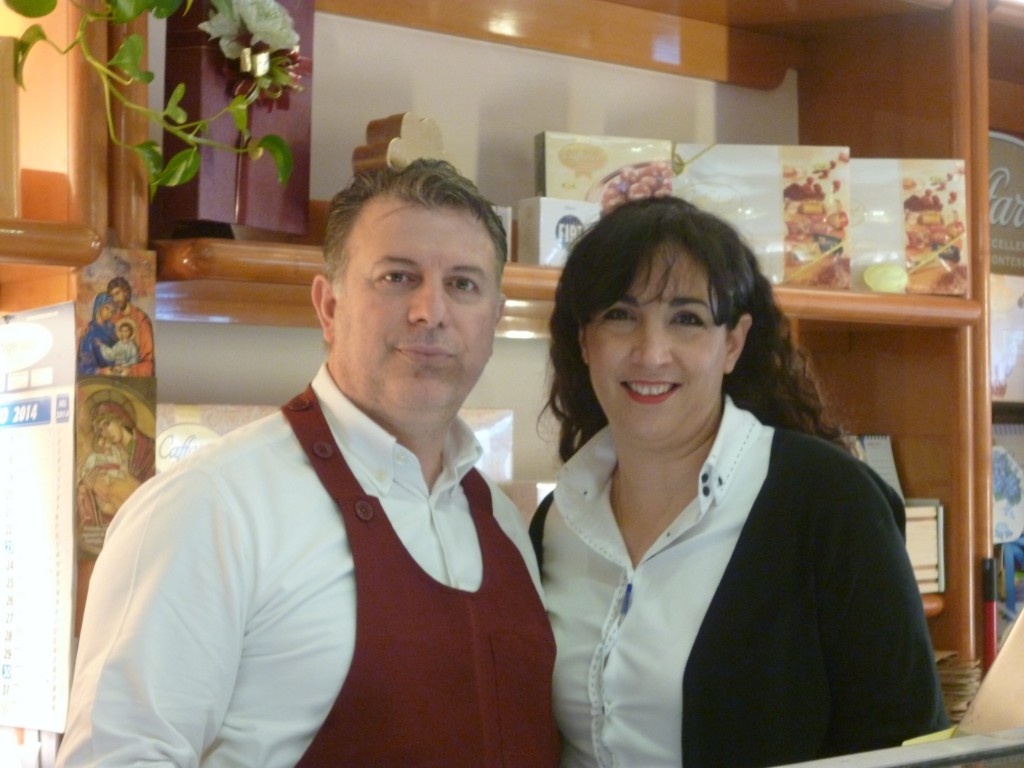 I meet Antonella at the Via Bligny bar she runs together with her husband. It’s a historical bar, where they even shot a few scenes of Rocco and His Brothers. I regularly come here for coffee and their friendliness in a city that often has a hard time even saying “hello” made me curious. Antonella is busy, but with her usual cordiality, she grants me a brief interview.

When did you come to Milan? How did you like it?

I arrived in Cinisello Balsamo (very close to Milano), as a child, in 1971. There were already some relatives in Milan, while the grandparents had remained in Calabria. Given that there were several members of my family, settling in the North was not difficult. And with the elementary school I was also able to overcome my proverbial shyness… During those years life unfolded in the backyards of large apartment buildings, all day was spent on the street with other children. When I think of those years, I remember the michetta* with Nutella as a moment of joy, even though I often could not finish it because one of my girlfriends did everything she could to take it away from me – and my michetta often turned into half a michetta! My only salvation was gulp it down quickly, thus avoiding that my friend found out that I was eating it. Just imagine!

By the time I was in high school I discovered the big city, and Burghy** which was a novelty to follow. This is the Milan of the Paninari***, in the middle of the 80s, and I’m a fully-fledged Paninara – with the Moncler, Coveri jeans, El Charro belt and Timberland boots. But aside from the Paninari, I discover Milan to be the city of lights and big streets, and the attraction of novelty soon becomes the motivation to get up in the morning, and take the bus trip to Piazza Duomo where the school for secretaries is located – and Burghy! I still remember the music of those years a little: Spandau Ballet, Duran Duran …

But your passion for the English language pulls you away, right?

After three years of the secretary school and one year of English language school, I decided to go to Toronto. I had become obsessed with English, and going to Toronto looked like it could be a beautiful experience… So I visited an aunt of mine in Canada and spent six months there. A beautiful experience, even if I find a job reading an ad in a newspaper and they are looking for an Italian woman. Why? Because they need a waitress in a bar and pastry shop frequented almost exclusively by Italians!

Why then do you decide to return to Milan?

I didn’t feel much like being away from my family for long, I missed Italy… I returned to Cinisello and begin to work in my family’s shop, while looking for a job as a secretary. But I struggled to find a stable job, not many job offers were serious, and somehow by then I was used to being around people and working behind a desk seemed more difficult than expected… But I didn’t lose heart, and I got married!

Ah yes? And with whom?

With Antonio, whom I know since when I was 12 years old. He is from Scilla like me and for years we spent summers together and every year we had to part because I was returning to Cinisello and he remained in Scilla. Until he decided to move to Milan and, after getting married in the late 80s, together we opened a bakery – which also had an apartment attached – in Corso Vercelli in Milan.

So you open a bakery almost in the center of Milan?

Yes, and with the bakery things were going just fine. Not only was there a bakery (and the smell of bread, unforgettable), but also a pastry shop that becomes my new world. It’s always a pleasure to remember the amazement of customers when I came in with the freshly baked cakes… But over the years the night work began to get a little heavy and so we decided to take over the bar and pastry shop that we run today on a memorable date for many reasons – 9/11/2001! Initially we planned to keep both businesses, but then we realized that it was too difficult to find reliable people and the bar was very, very demanding. So we only kept the bar. Not easy, anyway. Particularly in recent years, with the economic crisis, we too had to reduce the staff a little… We hope that the conditions for expanding will return soon.

What has the ‘society’ done for you?

Well, society for me is the city, Milan. Milan has given me work, but if there was a chance to return to Calabria it would be very nice. Now I would love to return to Scilla, but with the work, how can it be done? Maybe later, when the children are older. But for now, what we want most is that they find a solution for things also beyond the bar, the work here is really very tiring …

What did you do for the ‘society’?

My husband and I have created employment opportunities, even if now we are far from our historical maximum of ten employees.

Red wine or Prosecco to accompany a pasta with lentils.

Yes, because it is the first dish I prepared as a teenager. And so the dish has remained in my memory and when it is prepared right it is absolutely my favorite dish!

What kind of music do you listen to or which book are you reading?

Lately, Mario Biondi and that kind of music. For books, there is no time.

A talent you have and one that you are missing.

Tenacity and patience at work, a bit of shyness in the background – although I overcome it when I am in the middle of it all.

The importance of studying and applying oneself – so as to learn a method of study, to be able to also learn from books and from life.

*  The michetta is a traditional small Italian white bread, recognizable by its bulging center.

** Burghy was the name of a now-defunct Italian fast food chain.

** The Paninari was a youth scene that took its name from a group of youth that would meet around a Panino (Panino in Italian means Sandwich) in Milan in the early 1980s. In Milano, their meeting point soon became Burghy. The name of the social group underlines the fact that its members supported a purely consumeristic, edonistic and globalized way of life.