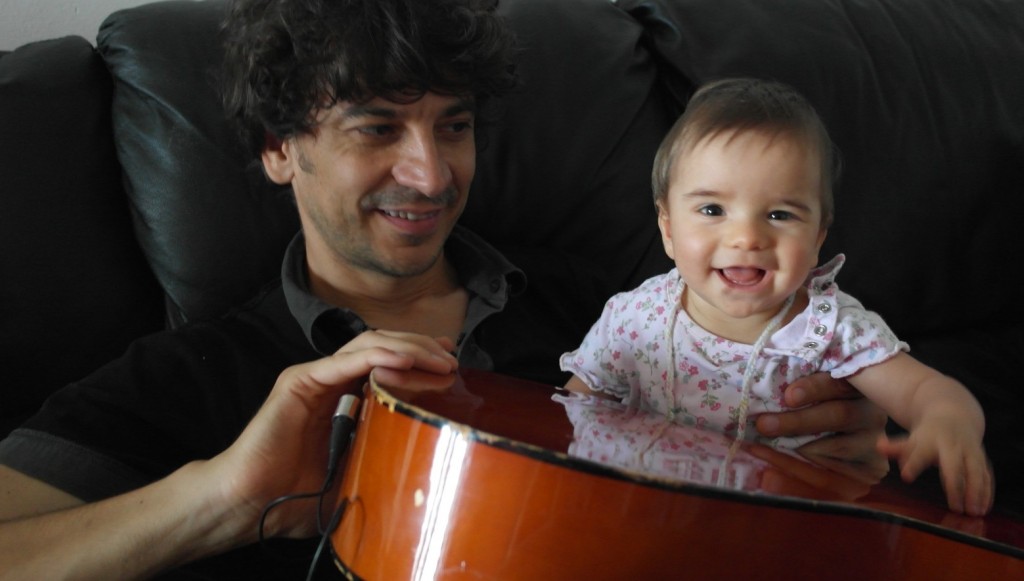 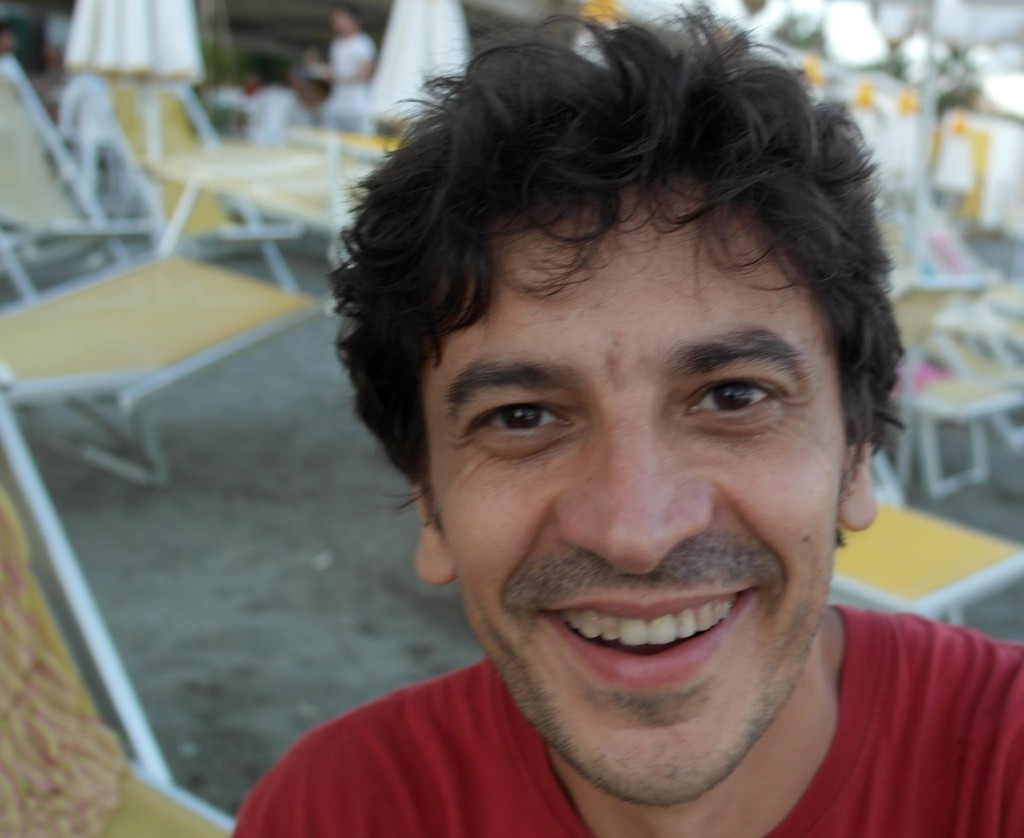 Your story in ten – or more – lines

I was born in Pavia on the legendary 1968, the year in which I wished I could be 20, even if this desire is not so strong anymore. In any case, my family is not the kind of sessantottini – (editor’s note: those who participated in the 1968 movement). I am the second child of a freshly urbanized couple who at the time was 30 years old, both holding a primary school diploma and keeping on with their villagers’ cultural background. The motto starring all along my education has been “let’s work honestly (for somebody else) and you will be having a more than satisfying life.”

It is with those anti-rioting germs of modesty that I have been first enrolled and then sent to work. I suddenly show interest for mechanics by often playing around with my scooter, and not only with mine. I was used to bring all my friends down to our garage – set as a car repairer – to pimp up the 50hp motors. After the end of the scuola media, at 13, there is no debate about if I should enroll at IPSIA (editors’ note: a technical school in Pavia) or not. I hardly pass the first year within a class looking like much more as a group of inmates. At the second year they are luckily cut down and everything is much better. I end the school with the third year diploma and start to work in a mechanical factory but after serving in the army I get back there with the desire to obtain the full diploma in order to be admitted to the university. So I fire myself at work and enroll again at Ipsia for the 4th and 5th year. The motivation boosting me erases any difficulty caused by being far from the studies since four years. I am among the best in the class even if at the 5th year I levelled myself down to the average profit of the other classmates and, once obtained the diploma, the idea to go to the university vanishes, I simply am not interested anymore. I find a job as a factory man and then as a driver for a wholesale stationery company, exploiting the trucks driving licence taken during the army service. My duty is to supply the shops located all over the province: within the solitude of the driving cabin, just broken by the radio, the desire to continue with studies rattles again in my mind. I fire myself again and take philosophy at Pavia university. During the lessons I am attending the year before getting enrolled, I meet the woman of my life who would have been giving me the joy of two marvellous daughters born one 11 years after the other. After the degree I have been hired in Milan to work in the Regional government office. It is the boom of the learning courses ex European Social Fund and my role is to manage those applications. Time by time, I succeed to enter into the technical part of the job and, as a self-taught, I gain the role of IT manager that is still the one I perform in that sort of public companies.

Uhm, these are worlds that are very unknown each other. The first, the one of the factory men, is made of discipline and sacrifice and it is where you are not expected to be a genius or to have a creative aptitude; the worst is that all the people who, for some reason or another live better than you the work environment since they are not engaged with the production of the small things, well they do not have any feeling of gratitude for the workmen, that sense of respect that sometime happens in everyday gestures. On the contrary, they by tacit agreement leave that if things get worst, the workmen world has to pay the highest price.

As IT manager, even if I gain the same salary, I am much more relaxed and I try to advantage my family, the political and the non-profit activities.

Do tell us a travel that had particularly touched you

Even if I had exotic trips as in India and Philippines when I was young, the most touching one, and the most important, has been a short one I did with a friend in Sardinia when I was 24, hosted by an ex girlfriend of mine I met once I was serving in the army five years before. I was in a particular moment of my life: finding this girl again was as a second life to me. She was also experiencing a tough moment because her father was dying of a cancer in the hospital. The fact we’ve met again helped both of us. The spring, sunny Cagliari backdrop that was framing our emotions remained deep inside me at the point that even today I sometimes travel there for the Easter vacations. This year I’ve been there with my eldest daughter.

What the society does for you?

I see society as a tree. I am born on a specific branch and try to nourish and enrich my individuality without forgetting that all the sap arrives from the tree. Without the wide organization of millions of people allowing me to take a plane, to reach hundreds of useful things, to get an education or to have a dinner with the lowest effort I would not be able to cultivate my inclinations or my ideas. Viceversa, I would be always condemned to primordial activities.

What do you do for the society?

Besides raising two daughters, I hope in the best way, and besides contributing to the collective with my work that I sell in order to survive, I also dwell in non-profit companies and in political associations aimed to give to the life of every human being the same dignity. I do that by bearing in mind that this discrepancy exists and is originated by the division of the society in two main classes. I hope to be useful to the society to elaborate a new system of social relations among individuals that is not merely based on exploitation and commodification. When this transformation will finally be real – to proof that I was not wrong in putting there my energies – I wish someone could name a small romantic alley with my name and the profession ‘workmen’.

A beautiful experience you have had recently

Hmm…I do not recall any of recent. I have something in mind that goes back to a year ago in London when I attended a concert to get a bit out of the family perimeter before the second daughter was born. In those days I crossed very engaging people and situations.

Beside being an IT manager, you’re also a rocker – a guitarist and a composer. What music offers to you?

I have never been able to rationalise what playing offers to me, apart the fact that I could hardly survive without it. When I play at my best, I feel that in the following days I am more relaxed and satisfied. Maybe it looks like as to make love.

There is nothing there I am passionate about. I also find a little bit sickening the redundancy of cooking-shows unless they are issued with the aim to tell that we are loosing the genuineness of the products.

I lately love to drink still water with a hint of a fruit syrup.

If you would not be living in Pavia, where do you wish to live now?

First of all, let me say that I never had the idea to leave Pavia, never. I was born here and raised here and I should say I cut myself tailored on this city. I am so rooted here that I can’t imagine myself elsewhere. I had a couple of girlfriends who were living far away and who asked me to change place, but the idea never attached in me. I preferred indeed to renounce to them. Among all these places, London has been always the more attractive place to me.

Music or a book that is (are) coming along with you

There is not a book neither a song that usually comes along with me. There have been some books and some songs which have been part of my life. In this part of my life, when I commute to work and back with the train, I am wandering with readings about general relativity in physics. I am very fascinated to see how the way to look at things can change. In philosophy it is called paradigm. That is all the whole of generally accepted opinions and theories falling down after new discoveries. Yes, I think the time in which I live now is richer than the previous one with respect to these changes.

A talent you have and one you miss

I believe to be talented in music improvisation. I miss wondering about various fields of science and knowledge to satisfy my curiosity.

What did you learn from life?

That it makes no sense we stop ourselves to moral indignation. I had a catholic education that was aimed at this: to judge the evil and to find the good. At the end I changed opinion with Hegel and with ‘all that is real is rational’. Then I started to study the rationality which is behind even the more absurd of the things as well as behind the beautiful ones. I still do not know which point I’ve reached. Most of todays’ trending incitements discourage this kind of detailed study and when one comes back home tired and there is a football match on TV….