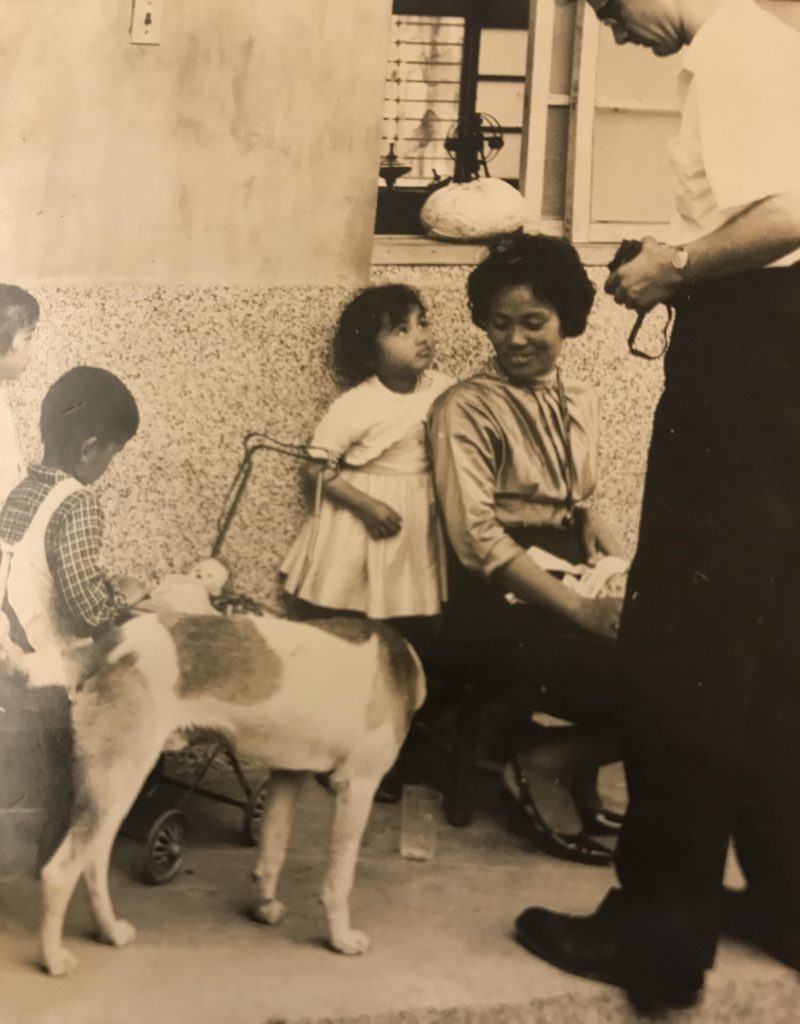 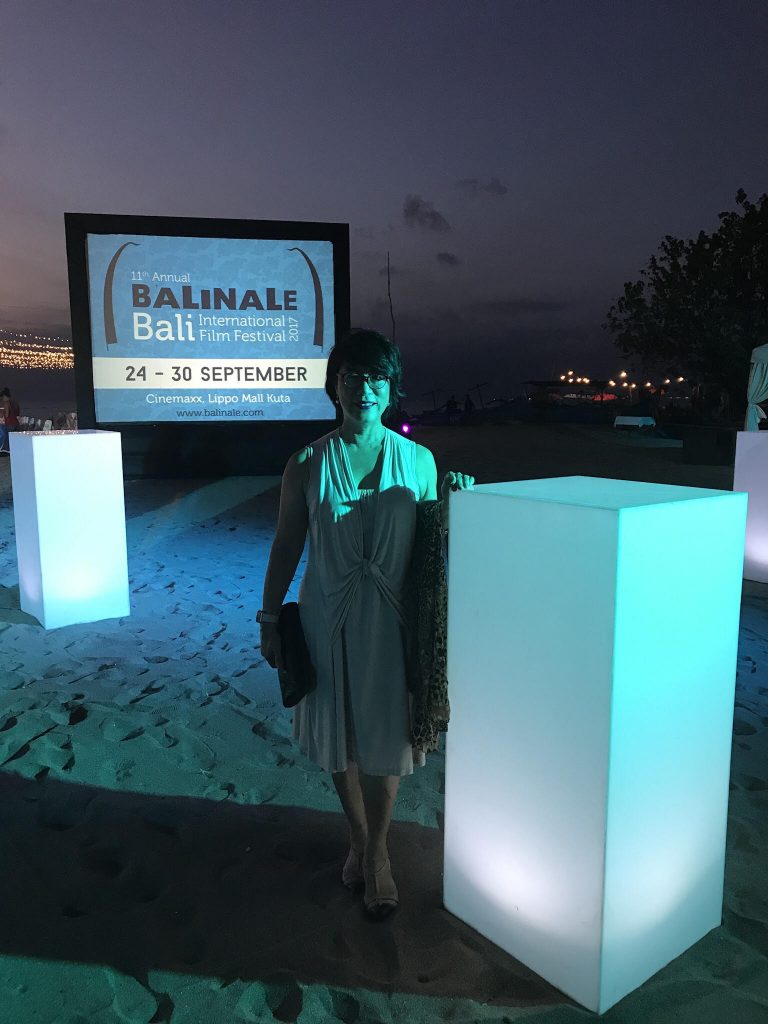 Your life in a few words, with a peculiar hint on your childhood and early passions

I was born and grew up in a nice little town called Tou Chen located in the Northern East area of I-Lan County in Taiwan with only 10 minutes to the beach and the mountains by bicycle.

My parents had been assigned to do a short-term project by the Catholic church (The Lazarists) from Taipei, the capital city of Taiwan to this remote small fishing and agricultural town in the late 1950s. In the beginning, their mission was just to find a piece of land and to built the first Roman dome style church there. They ended up staying there for the rest of their life working for the church and the congregation. I was born later in the 60s and therefore my childhood was mostly spent among the Dutch priests and the Spanish nuns.

In the 1960s and 70s, Taiwan was relatively underdeveloped. So I have witnessed the great contrast between the westerners-run church and the poor rural world outside it. I spent much time in my childhood helping the church making holy candles, brewing red wine, reading the Bibles to the illiterate congregations, and screening films which lead me to my interest in involving film works later in my life. It is a kind of a Taiwanese version of the Italian film Cinema Paradiso if I put the scenario into a perspective.

The books, visual arts, movies, different ways of life and music that the European missionaries had brought and introduced into my early life had certainly casted a great influences on my appreciation to arts and culture.

Your variety of interests in arts and especially in cinema as arts manger is impressive. How did you undertake this path which seems to dominate all your life?

Western Literature was my BA major at University and later went to Chulalorngong University In Thailand for MA in Cultural and Arts Management.

During my early career I have once worked for Taiwan’s foreign services in Honolulu, Hawaii, for eight years. It was then I found arts and culture are the most effective communication mediums in the cross-cultural environment. After I left the foreign services and returned to Taiwan in the late 1990s, I have found my interests are in working in the creativity industry since. I first joined the oldest English Newspaper Taiwan News (then called China News) working at the creativity and advertisement department and was a freelance writer for culture and arts at the same time. A diplomat I met in Honolulu became my husband who later had served four times as an ambassador. The diplomatic life had brought me to Europe, Asia and the South Pacific Islands. In return, the experience of living in different cultures had truly broadened and enriched my perspectives of life. In between the postings during the past twenty years, when we were back in Taiwan, I have had several chances to explore further my works in the cultural fields.

I have created a new English language Taiwanese culture and arts magazine for our National Cultural Association to identify and introduce our culture to a greater readership.

After that I joined the International Arts Festival of the Taiwan Performing Arts Center organizing and promoting performing arts productions. Upon returning from Thailand in 2010 I have decided to establish my own cultural management consulting firm in order to help more artists, filmmakers and writers to realize their dreams without worrying about the tedious management pains.

I was invited by the Taipei City government to be the Director of Taipei Film Festival in 2014 mainly to rebrand and revitalize the festival.

I’ve accomplished the mission after two and half years and now I resume my work in culture management which includes art and culture publishing, one film festival, two music festivals and curating of art exhibitions. However, being involved in jury works or screenings at various international film festivals around the world still takes me to places and meets interesting individuals like Diana of Slow Words (thank you Jean, we’ve been lucky to meet you!).

Why Taipei and Asia? What it gives to you and what do you seem to give back to it

Taiwan enjoys the most freedom of expression, especially in creativity industry. There is absolutely no censorship of whatsoever. And as for Taipei, it is a true cradle for it.  My job is to secure the best creative and productive environment for the artists and filmmakers I work with.  Many exciting things are happenings in Asia besides the seemly plenty of capitals flouting around for arts, having said that, there are still areas of improvement, in terms of taking authenticity and originality into accounts in creativity.

One of your last creatures is the Urban Nomad Film Festival in Taiwan, held since 16 years and focusing on community and DIY ethics: it is funded by its audience and does not receive any help from authorities. I found it great and I wish to know a bit more….is it maybe a dream coming true or is a cultural event just filling a gap in the enormous panorama of International film festivals?

Any art or culture project funded by the official authorities always comes with certain degree of compromises. It’s a dilemma. We want to be free from it and to be truly independent.

Urban Nomad Film Fest was founded by David Fraizer and Sean Scanlan, both are American living in Taiwan for a long time, and who are true heroes behind it. My job is simply making sure the festival goes well every year, selecting films with good visions and without worrying about where the next funding is. Urban Nomad Film Fest is created to bring our audience a spirit of free and casual way of loving cinema. Since two years ago, have also launched a 2-day outdoor live bands music festival two weeks before the film festival starts. It has become one of the most attended music festivals in Taipei since.

Regarding the last edition of Venice Movie Festival (we’ve luckily met at a screening where you explained me the reasons behind Angels wear White by Vivian Qu): are you agreeing on the awards the juries appointed to the various movies on competition?

If not, which has been your favorite movie or the one(s) you wish to ‘import’ in your festivals?

Certainly I don’t always agree with award winners of film festivals.  Honestly speaking, there are many unspoken factors and sometimes even with political concerns involved in choosing the winners. Audience’s views are different from the jurors at times. However, we just have to trust the jury system. I have not seen all the winning films this time, but the ones I saw and agreed are, just to name a couple, the Best Screenplay to Three Billboards Outside Ebbing, Missouri by Martin McDonagh and the Best New Young Actor to Charlie Plummer for Lean on Pete.

Selections for Urban Nomad are tending to be more non-main-streamed and are with unique issues. For example, Human Flow by Ai Wei-Wei or CODA about the current life of the Japanese composer Ryuichi Sakamoto by Stephen Nomura Schible could be the possibilities.

You as a reader: which places, which needs, which ways

I am lucky that I am able to read both in Chinese and English languages. Reading (real books) is both a daily habit and a catharsis for me. Poetry is my favorite genre. To me, poetry is the ultimate art form. I enjoy riding with the rhymes and metaphors over and over again. I look at films in the same way also.

“We don’t read and write poetry because it’s cute. We read and write poetry because we are members of the human race, and the human race is filled with passion. Medicine, law, business, engineering, these are noble pursuits and necessary to sustain life. But poetry, beauty, romance, love, these are what we stay alive for.” (Dead Poet Society 1989)

The book (and the music) with you now

The Man with the Compound Eyes by Wu Ming-Yi (Taiwanese)

See the answer at the following question.

Which is your strategy to decelerate in your life, if you like to go slower here and there? Any secret place to go?

I am a person rooted in actions I guess (as observed by people surrounding me). I have this “can-do” spirit that drives me to deliver things I promise, investing my stamina and charm to make things feasible and then enjoy their happy outcomes. I am not a soloist but a team player, as the consequences, I am in danger to be flooded by offers and requests. So, yes, I want to go slower and the secret place will be in Prague,  a beautiful city I once lived for four years and love dearly. I see myself there in ten years from now.

What di you learn so far from your life?

That life is short then you die.