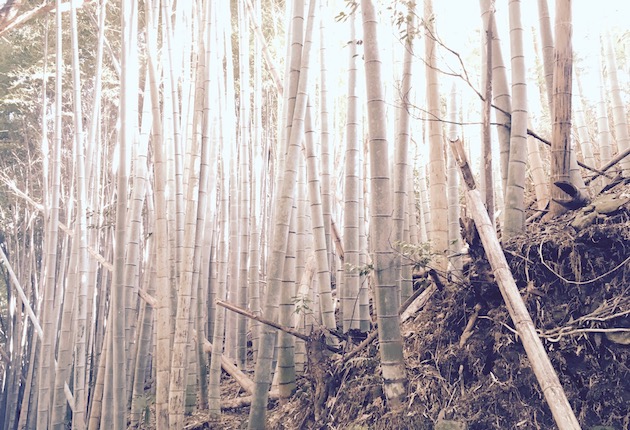 I’ve done something to keep fear away. I’ve sat up all night writing and now I’m as tired as if I’d been on a long walk across the fields at Ulsgaard. It’s really hard for me to think that all of that is no more; that strangers are living in the old long manor house. It’s possible that the maids are now asleep in the white room up in the gable, sleeping their heavy, damp sleep from evening till morning.

And one has nobody and nothing and one travels the world with a trunk and a crate of books and, in point of fact, without any curiosity. What sort of life is that really: without house, without anything passed down to me, without dogs? At the very least one should have memories. But who has? Would that one’s childhood were here now, it’s as if it’s been buried. Perhaps one needs to be old to be able to have contact with all that. I imagine it’s good being old.

It was a beautiful autumn morning today. I strolled through the Tuil- eries . Hung with mist like a light grey curtain everything eastwards into the sun was bedazzling. The statues, grey against grey, basked in the sunlight of the yet to be unveiled garden. Solitary flowers in the long flower beds got up and said ‘Red’ in a frightened voice. Then a very tall slim man came round the corner from the Champs- Elysees; he carried a crutch, but it was no longer shoved under his shoulder: he held it out in front of him, lightly, and now and then he stood it on the ground firmly and loudly as if it were a herald’s staff. He couldn’t suppress a joyful smile and smiled at everything as he went by, including the sun, the trees. The way he walked was like that of a shy child, but unusually light, full of memories of walks in earlier times .

What a little moon like this can do to everything. There are days when everything around one is softly illumined, not yet identifiable in the bright air but nonetheless distinct. Even what lies nearest is imbued with the tones of distance, is abstracted and only denoted, not revealed; and what relates to distance: the river, the bridges, the long streets and the squares squandering themselves among them are what this expanse has collected behind it to be painted as if on silk. It’s not possible to tell what a light-green vehicle on the Pont-Neuf can be, or a type of red that isn’t too bold, or even a mere poster on the fire wall of a pearl grey group of houses. All is simplified, carelessly conveyed by a few light-coloured planes in like the face in a Manet portrait. And nothing is negligible or superfluous. The booksellers along the quai open up their cases, and the new or worn yellow of the books, the violet brown of the volumes, the larger green of a folder: all are attuned to one another, are valid, are part of the whole and form a completeness which lacks nothing.

Down below me is the following assortment: a small handcart pushed by a woman; on top and running the whole length a barrel organ; crosswise on the other side a basket-woven cot in which quite a small bonneted and gleeful infant with sturdy legs is standing and doesn’t like being made to sit. Now and again the woman turns the handle on the organ. The little infant immediately stands up again in its basket stamping, and a little girl in a green Sunday dress dances and taps her tambourine up at the windows.

I think I ought to begin working on something now that I’m learning to see. I’m twenty-eight and virtually nothing has happened. Let’s go back: I’ve written a study on Carpaccio, which is poor; a play titled ‘Marriage’, which seeks to prove something false by means of ambiguities; and poems. Ah, but poems written early in life don’t amount too much. One should wait and gather meaning and sweetness a whole life long–and as long a life as possible–then, at the very end, one might possibly write ten lines that are any good. For poems aren’t, as people think, feelings (one has those early enough) ; they’re experiences. To write a single line of verse one must see many cities, people, things, one must know animals, one must feel birds flying and know the movements flowers make as they open up in the morning. One must be able to think back to roads in unfamiliar regions, unexpected encounters, and partings which one saw coming long before; one must be able to think back to those days in one’s childhood that are still unexplained, to one’s parents whom one could not help offending when they brought a delightful gift and one didn’t appreciate it (it was a delight for someone else), to those childhood illnesses which arose so peculiarly and with so many profound and difficult changes, to those days in peaceful and secluded rooms, and to those mornings by the sea, to the sea anywhere, to seas, to nights of travel that swept along high above, flying with the stars; and it’s still not enough, even when one’s allowed to think of everything one can. One must have memories of many nights of love–no two nights the same — of the cries of women in labour and of pale, white, sleeping women who have given birth and are now closing again.

But one must also have been with the dying, one must have sat in a room with the dead with the window open and random noises coming in. And having memories is still not enough. If there are a great many, one must be able to forget them, and one must have the patience to wait until they return. For the memories are not what’s essential. It’s only when they become blood within us, become our nameless looks and signs that are no longer distinguishable from ourselves—not until then does it happen that, in a very rare moment, the first word of a verse rises in their midst and goes forth from among them.

All my poems came about in a different way; so they are not poems. And when I wrote my play how mistaken I was. Was I an imitator and fool to need a third person in order to tell of the fate of two people who were making each other’s life difficult? How easily I fell into the trap. And I should have known very well that this third person who figures throughout all lives and literatures , this ghost of a third person who has never existed, has no meaning, and must be disavowed. He is one of the pretexts of a Nature which forever endeavours to divert people’s attention from her deepest secrets. He is the screen behind which a play is acted out. He is the noise at the threshold of the voiceless silence of a real conflict. One would think it had all been too difficult till now for playwrights to speak of the two about whom the action turns; the ‘third’, precisely because he is so unreal, is the easy part of the task that they all can do. Right at the start of their dramas one notices the impatience; they can hardly wait to bring him on. The moment he’s there everything is fine. But how boring it is when he’s late; there’s absolutely nothing can happen without him, everything comes slowly to a standstill, and waits. Yes, and what if this jamming up and delay goes on? What, Mr . Playwright , and you, the audience, who know the ways of the world, what if he had been lost without trace, this popular rake, or this presumptuous young man who fits every marriage like a skeleton key? What if, say, the devil had gone off with him? Let’s say that’s what’s happened. Suddenly one becomes aware of the unreal emptiness of the theatres, they’re walled up like dangerous holes, only moths from the padded edging of the loggia whirl down through the unstable hollow space. The playwrights have to forgo the pleasure of living in an exclusive neighbourhood. All public watchdogs search dutifully far and wide for that irreplaceable third person who himself was the plot.   At the same time they’re living among other people, not the ‘third’ persons but the two, about whom such an incredible number of things might be said and of whom not a word is ever spoken, though they suffer and do things and don’t know how to help each other.   It’s ludicrous. Here I sit in my little room, I, Brigge, 28 years of age and known to no one. I sit here and am nothing. Nevertheless, this nothing, five flights up on a grey Paris afternoon, begins to think and it has these thoughts:

Is it possible that despite inventions and advances, despite culture, religion and worldly wisdom one has remained on the surface of life?

Is it possible that even this surface, which at any rate might, after all, have been something, has been covered over with unbelievably boring material so that it has the look of drawing-room furniture in the summer holidays?

Is it possible that the whole of world history has been misunderstood?

Is it possible that the past is false because it’s always its masses that have been spoken about as if one were talking of a convergence of many persons instead of talking about the one person they were gathered round because he was a stranger and was dying?

Is it possible that one believed one had to catch up on what had occurred before one was born? Is it possible that each and every person had to remember that he had been produced by all that had gone before and therefore knew it and would not let himself be persuaded by others who knew otherwise?

Is it possible that all these people have a totally accurate knowledge of what has never been? Is it possible that realities are as nothing to them; that their life is draining away, connected with nothing, like a clock in an empty room?

Is it possible that there are people who say ‘God’ and think it’s something they have in common with everyone?

And take a couple of schoolboys: one of them buys a knife and the other buys an identical one on the same day. And after a week they compare the two knives and it turns out that they look only vaguely similar- so different have they become in different hands. (There you are, says the mother of one of them, if you will go and wear everything out straightaway.)

Ah then: is it possible to believe that one could have a God and not use him?   Yes, it’s possible.   But if all this is possible and if even there’s only a glimmer of possibility , then, for pity’s sake, surely something needs to be done.

The first person to come forward who has had these disquieting thoughts must begin to do what has always been missed; he could be just anyone and it doesn’t matter in the least if he’s not the most suitable person: there’s simply no one else to do it. This young, insignificant foreigner, will have to sit himself down, five flights up and write day and night: yes, he will have to write; that’s what it amounts to.