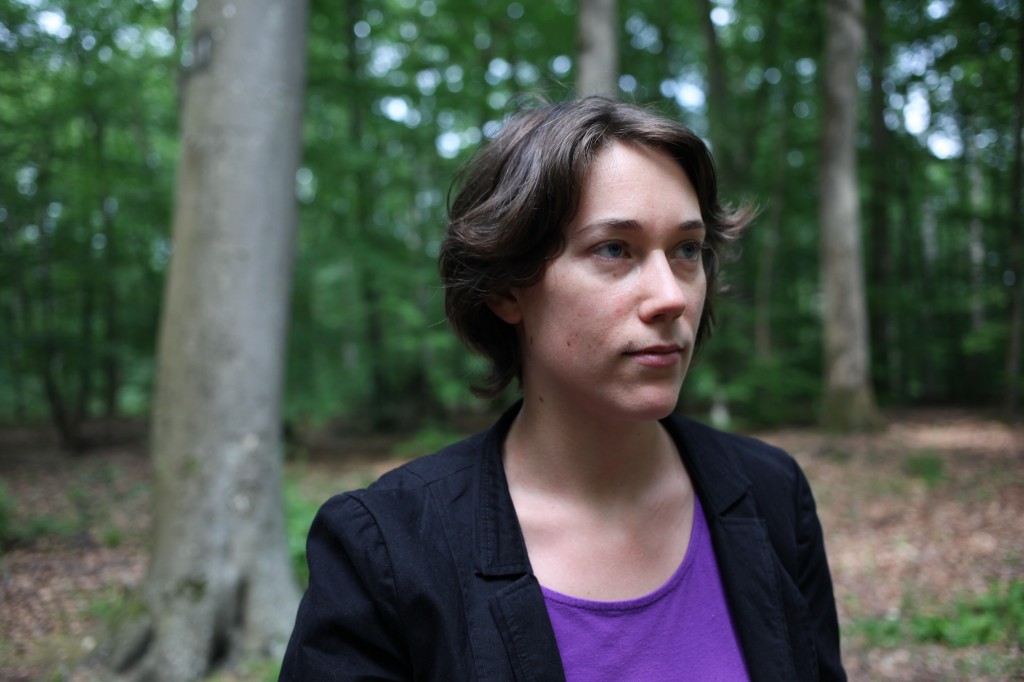 I was born in 1985. Since my childhood in Normandy, I always have a notebook with me. Novels, poetry… I tried different kinds of writing and soon got to journalism. This profession was for me like a disease: my whole body was progressively touched, from my hands to my eyes, through my legs, that constantly browse the places where I am in search of discoveries to be transmitted.

I first worked for a French cultural magazine : Mouvement. I started as a novice and became assistant of the editor in chief in 3 years. It was a real school for me, since it was a very small team and we had to deal with every part of a publisher’s job. I also learnt a lot about contemporary art, performing arts, music… After that I worked during one year and a half as editor in chief of Arts magazine, a monthly magazine about visual arts. It was a big experience too, because I was just twenty-seven and had the responsibility of a quite important magazine. But I realised that I’m not made for the mainstream press. I don’t want just to give to the reader blockbusters and success stories (that’s what financial directors want you to do). That’s why I decided with two other editors to create a new magazine. The aim of Extra is to bring the reader to the unknown parts of big cities like Brussels or Lisboa. We share human encounters and cultural discoveries, in a way (digital, with photos, videos and records embedded) we find attractive.

The world of publishers today is slow and furious at the same time: what happened to your profession of editor and which are the counter-actions you’ve decided to take?

I don’t really know how it was before the 2000’s but I feel like, as in many sectors, editors need to be more and more multipurpose. You can’t just write, you also need to know how to page your paper, take pictures, share the result on the social medias… And if you are able to forge a partnership with the brand you’re writing about, it’s perfect! The good side of that is that more and more people are now able to start their own project without many financial resources because they can do a big part of the job. Like me.

Apart from the commissioned and the journalistic one, what place self-issued and creative writing has (or should have) in your domestic and private life?

I still have a lot of notebooks, physical and virtual ones. I write ideas and thoughts, about my life and the others’. I also make connexions between different artistic works I see, when they deal with questions of time or landscape for example. Sometimes I would like to go lock myself in a nice place and write during weeks but I’m not sure it would be as productive as I think…

Travelling today is one of the most singular perspectives to tangle in the world of lifestyle and culture magazines. Especially from a marketing side. Which is the recipe you decided to apply to your new brainchild – Extra? And which are the readers you like to have?

Nowadays everybody travels all the time. For work, for a week-end or a world tour, even speaking with strangers in our own country, or at home behind a TV screen… More than a globalised world, I think we are in a still-on-the-move world. So does Extra! Maybe it’s a gamble in terms of advertising (is it really? Many exhibitions and performances travel from a capital to another) but I think that following the readers’ way of life we’ll find a place in their daily life. Many recent experiences in journalism show new ways, especially in digital formats. There’s no unique recipe but you can easily make your own mix. I hope that our readers are curious and enthusiastic people, with or without cultural background, who like to meet people and places.

How is hard to start and keep on such an intense new activity as Extra in your city?

Paris is a village and a big city in the same time. It’s particularly full of cultural, design, lifestyle initiatives. It’s not easy to be seen in such a busy place… Plus, we are not paid for our work for now, and Paris is quite expensive, so we all work beside this project. But with determination, you’ll find your way.

I never had a daily work routine. I hate routine! As a journalist I meet a lot of different people. I’m still very surprised how rewarding it is. Usually, people you interview share more than their work or passion. They teach you (sometimes with counter-examples) some of their philosophy of life. Recently, in Brussels, I met a drawer, François Schuiten. He told me about how art can create another relationship between the viewer and his environment. It was very instructive.

Which is the most important achievement after so many years, even given your young age, as editor?

I don’t think in terms of achievements. I think that I have still more to do and learn. But I am quite proud when people with whom I worked contact me again because they enjoyed our collaboration. Maybe it’s a series of small achievements.

Describe a fantastic happening you, in person, have had in recent time?

I went to New-Zealand last January. In Rotorua, a small city known for its thermic phenomena, I suddenly faced a steaming lake. I stayed fascinated by the steam moved by the air and the wonderful colours of the earth and water. It was a strong experience.

Paris gives me an intense cultural activity. I don’t give Paris a lot, since I don’t really like to live here. I would like France to be less centralised. If there were more jobs outside of Paris, it would be less crowded, and less polluted.

I never run to catch the bus.

I think I’m quite good to listen to others. And I miss the talent to speak in public.

That you always have more to learn, and that’s great!

The portrait of Pascaline Vallée is by Samuel Hense.