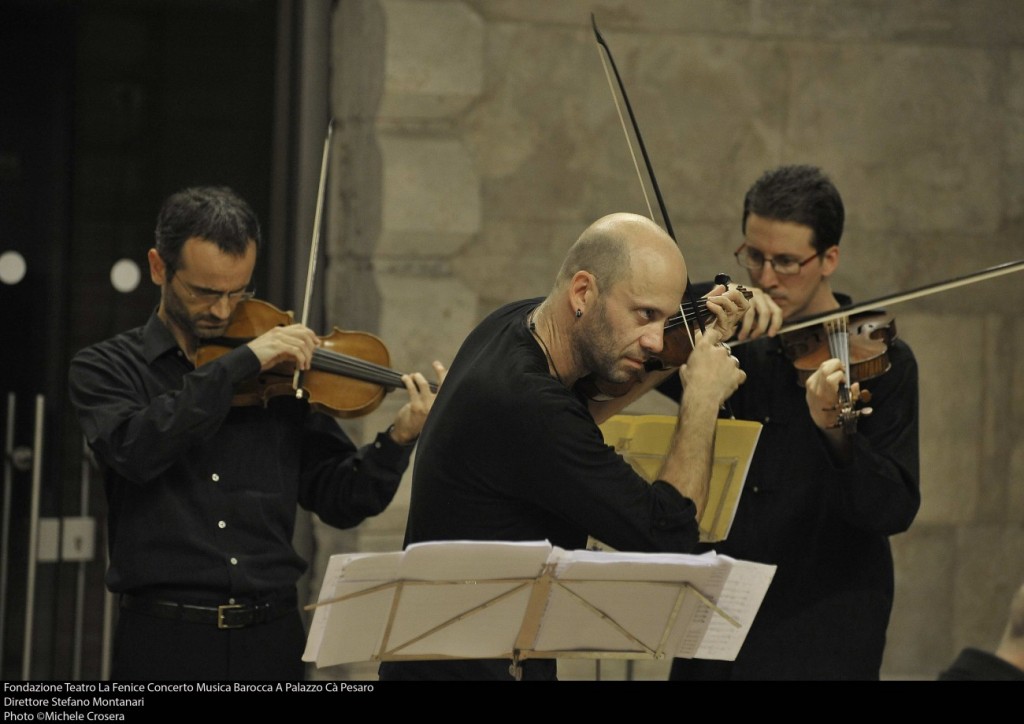 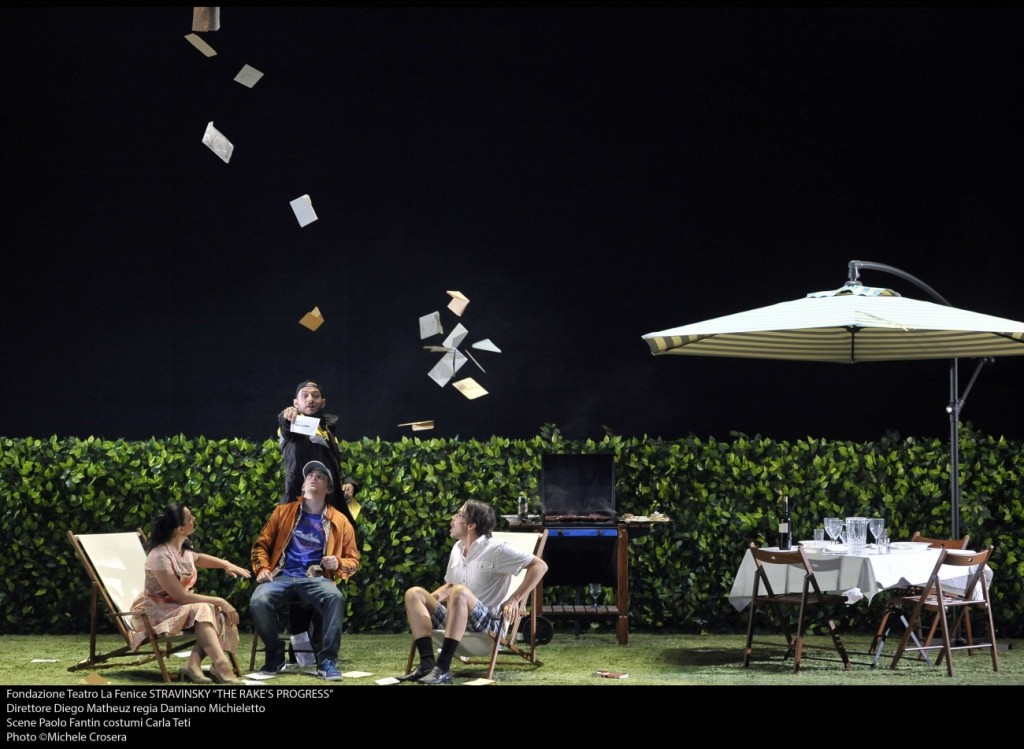 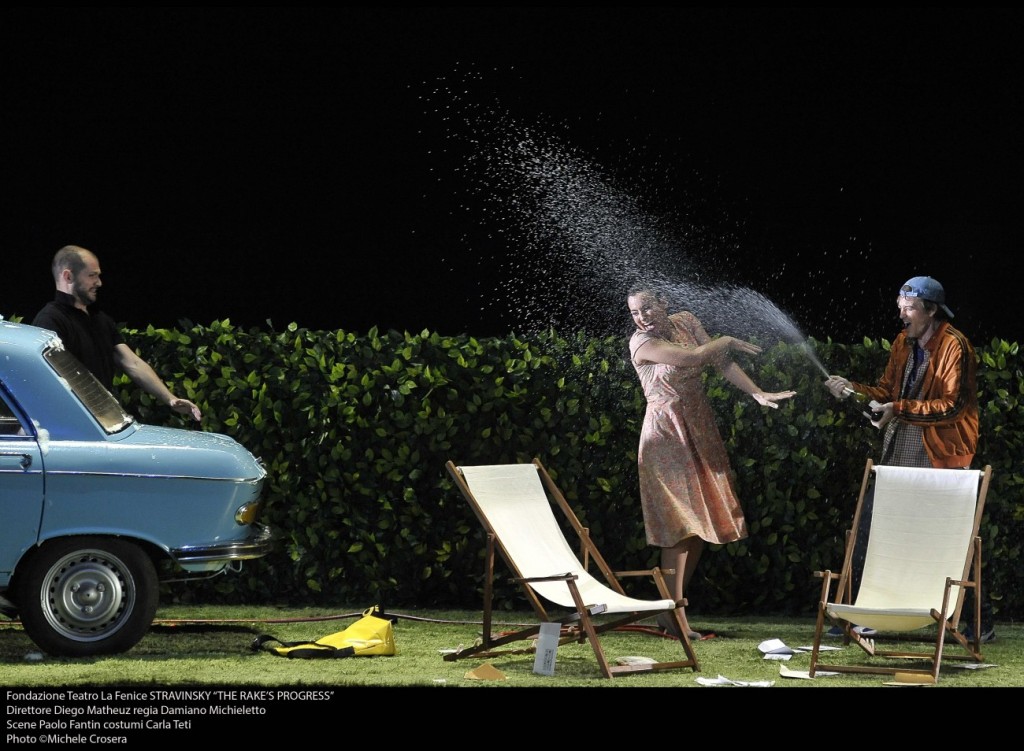 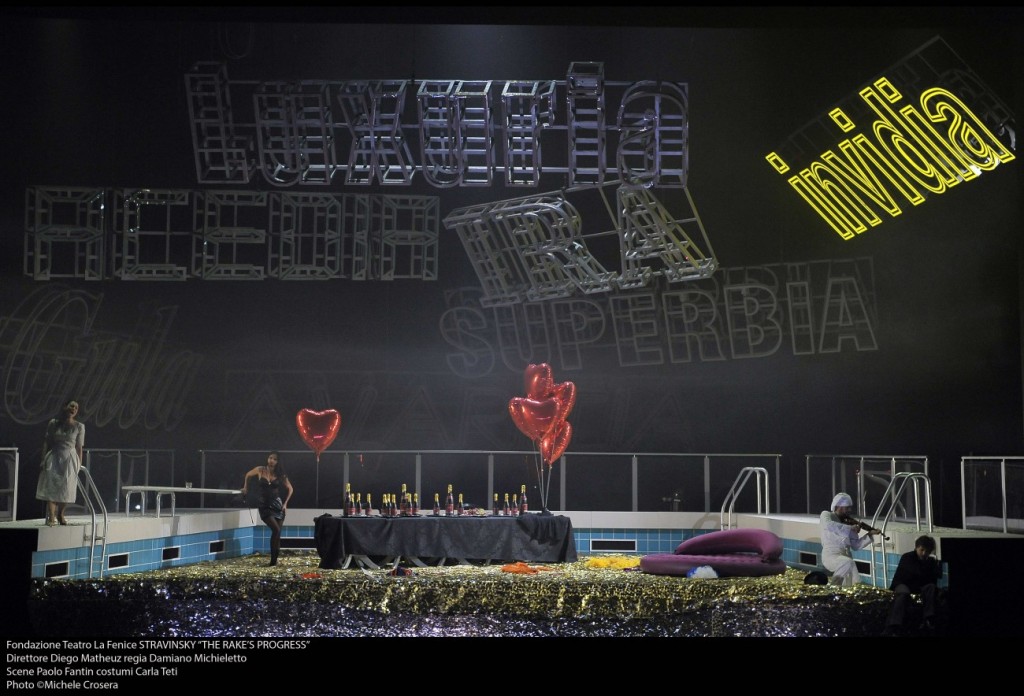 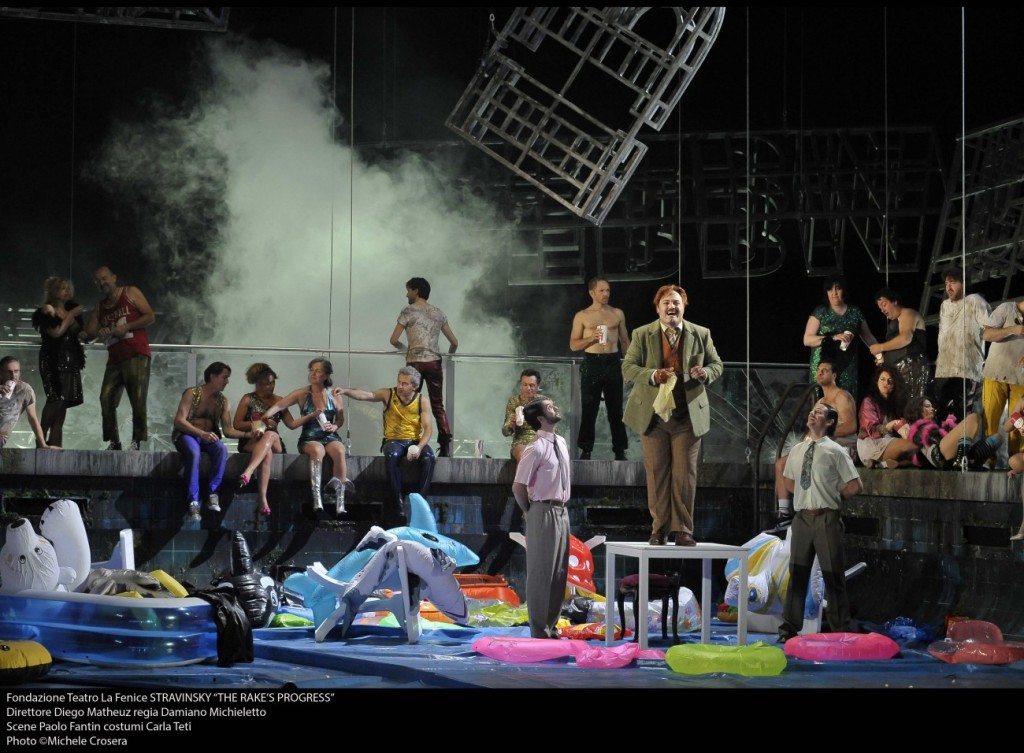 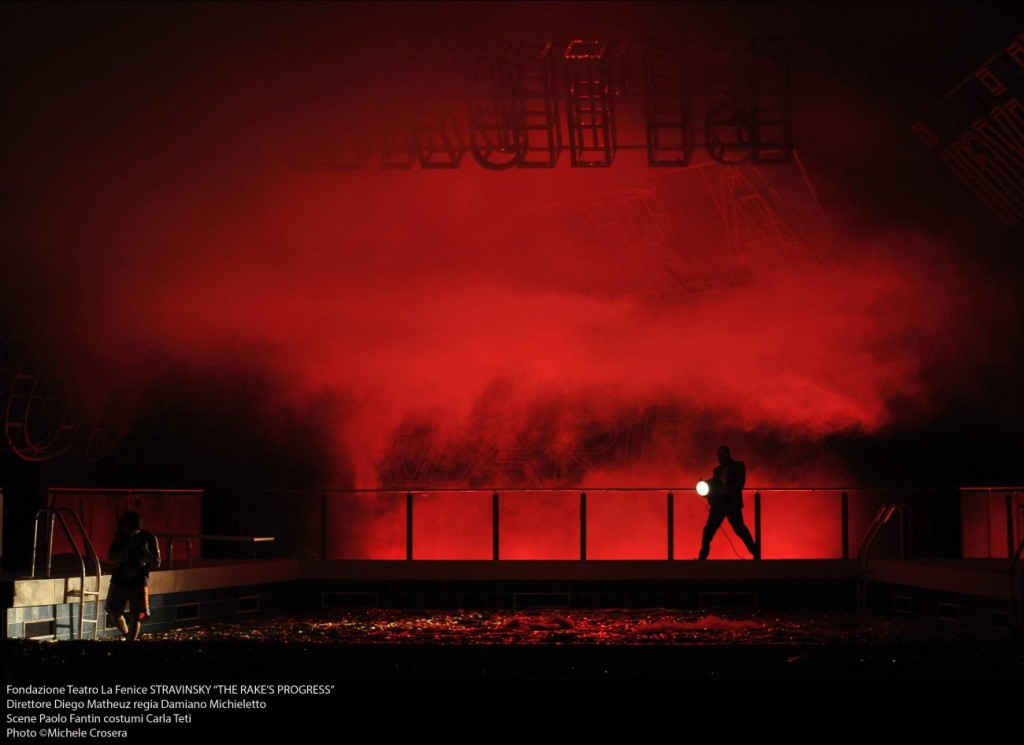 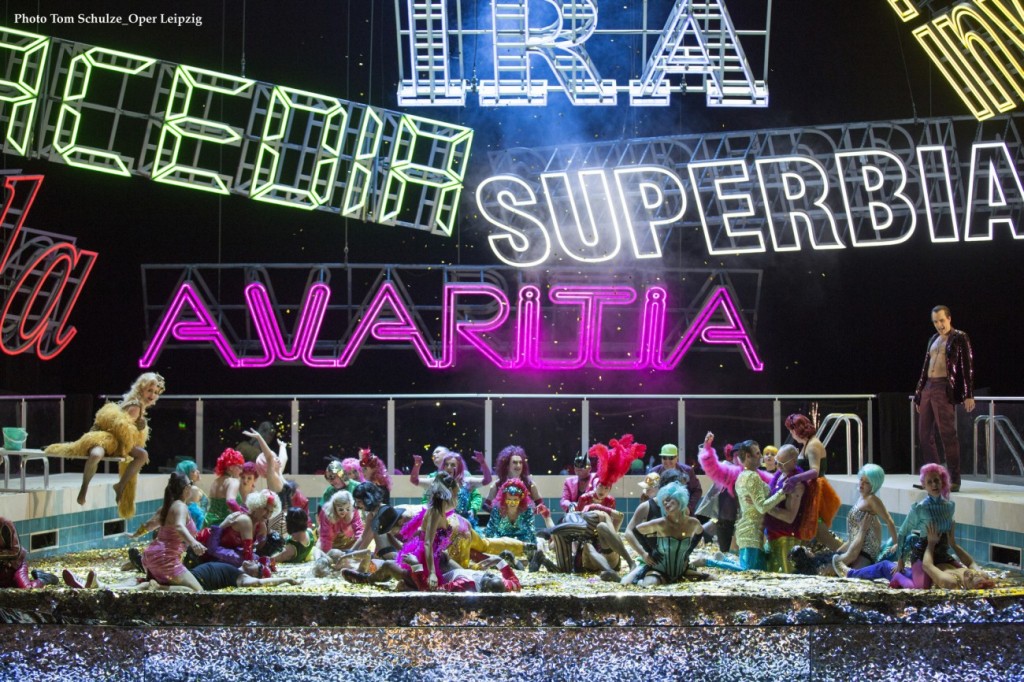 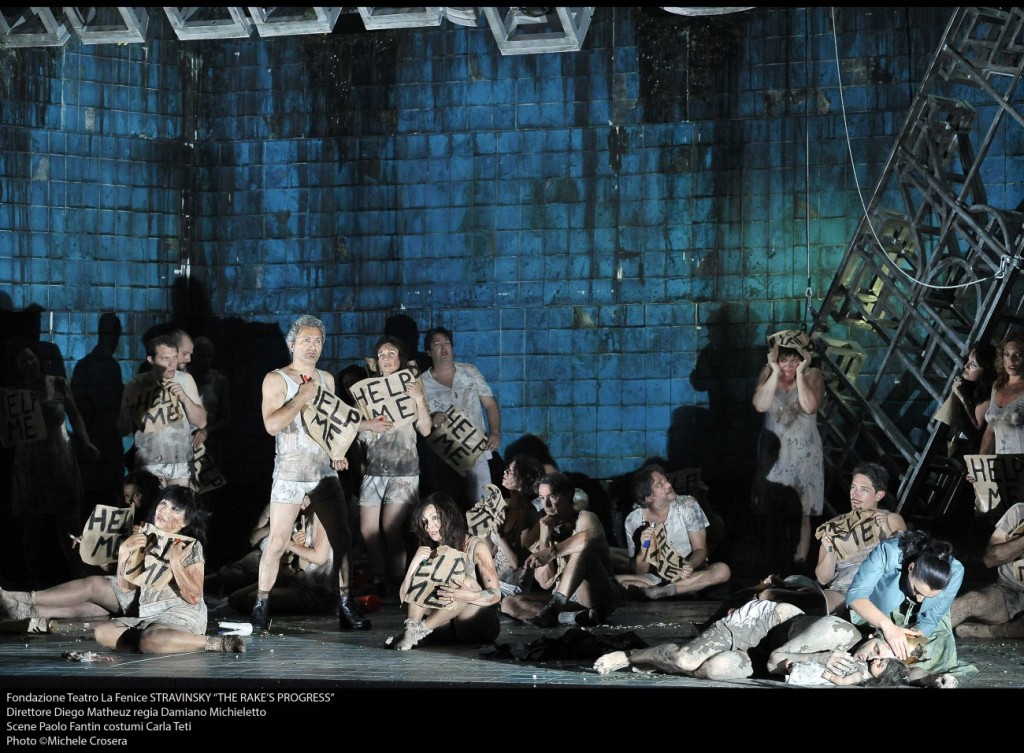 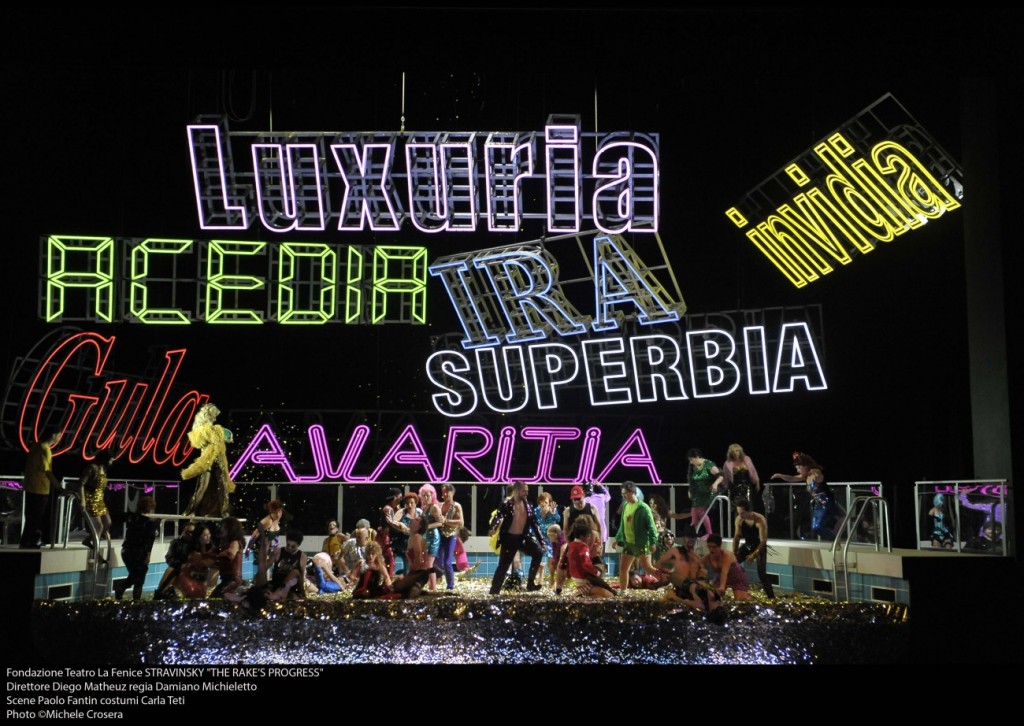 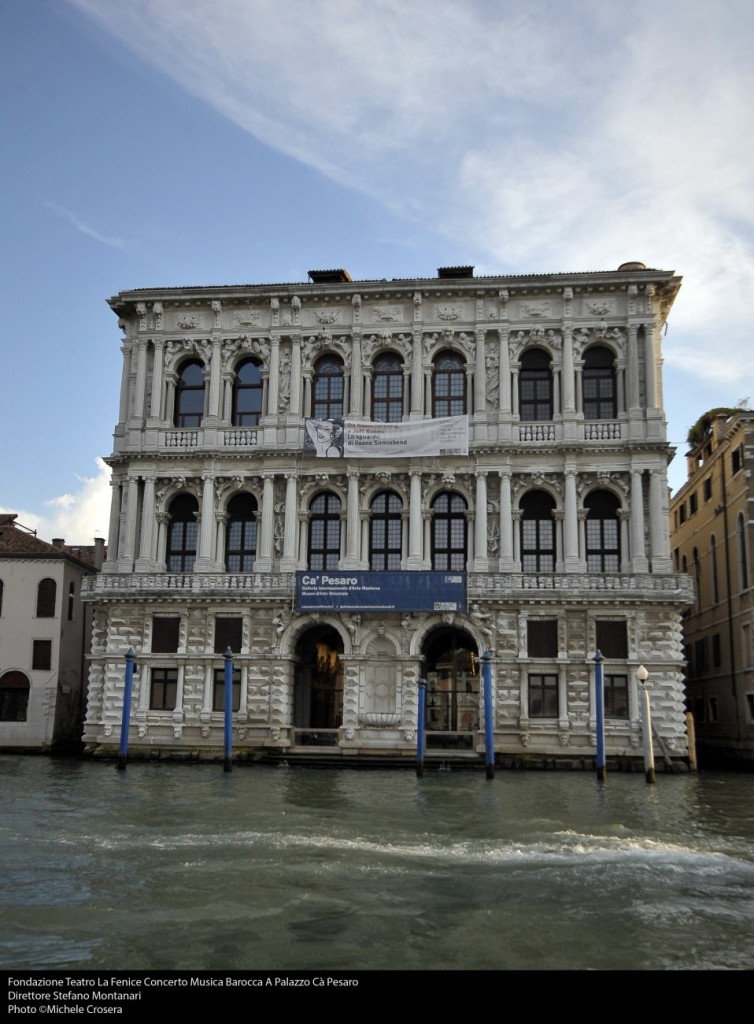 A new production of Stravinsky’s Venetian Carriera di un libertino, a modern day première of Francesco Cavalli’s Eritrea, considerable room for the relations between Venice and French music, concerts dedicated to Baroque and contemporary music, musical encounters between different civilisations with events such as the world première of Bernard-Henri Lévy’s Hôtel Europe and a section dedicated to both classical and contemporary dance: these are the main themes of the second edition of “The Spirit of Music in Venice Festival” that will take place from 27 June to 12 August 2014, with the collaboration of Fondazione Teatro La Fenice with Regione del Veneto, the Municipality of Venice and the Venice Chamber of Commerce, and the patronage of the Ministry of Cultural Heritage and Activities.

“Because of its history and vocation, Venice is a crossroads of culture, and the main theme of this and the following editions will be a reflection on Venetian musical civilisation and its multiple sources and influences, both ancient and modern, both from the perspective of musical expression and historical events and contexts. Creating culture, different civilisations meet and communicate”: in the words of the Superintendent Cristiano Chiarot, this is the main inspiration underlying the festival.

Going beyond the borders of its normal seasons, in this fashion La Fenice wants to offer a varied programme of events that alternates – as is tradition in the city – moments of discovering the most important tessera in Venetian music heritage, paying specific attention to what is happening today in the rugged universe of live art. In addition to offering a high-quality programme, “The Spirit of Music in Venice” also has the objective of combining some of the different places where art and beauty are expressed, as an ideal parallel to the very essence of this city of water.

One of the key elements of the festival is the attention it pays to both theatre venues and non-theatre venues in the city. “Venice is a unique, huge theatre – adds the artistic director Fortunato Ortombina – where experimentation has always gone hand in hand with the care and preservation of the past. It is the city that has driven us in the direction of a festival that combines these two opposites: Looking ahead, at what is happening here and now, and looking backwards to contemplate the marvels imagined yesterday.”

The first section, Opera, is dedicated to The Rake’s Progress, by Igor Stravinsky, the opera that symbolises the close relationship between the Russian composer and the city where he wanted to be buried; its world première was at Teatro La Fenice on 11 September 1951.Opening the Festival on 27 June 2014 (with a repeat performance on 29 June, and 1, 3, and 5 July) The Rake’s Progress will go on stage with the new production that was co-produced with the Leipzig Opera, directed by Damiano Michieletto, sets by Paolo Fantin, costumes by Carla Teti, and the principal conductor at La Fenice, Diego Matheuz. The cast includes Carmela Remigio, Anne; Juan Francisco Gatell, Tom; Alex Esposito, Nick Shadow; Natascha Petrinsky, Baba; and Michael Leibundgut, Trulove. In addition to Stravinsky’s work, the Opera section of the Festival also includes the modern day world première of Francesco Cavalli’s L’Eritrea, the last of his prolific production with the librettist Giovanni Faustini; it was performed on 17 January 1652 at Teatro Sant’Aponal in Venice. L’Eritrea will go on stage on 8, 10 and 11 July at the Ca’ Pesaro Museum with the musical direction of Stefano Montanari and direction by Olivier Lexa, in collaboration with Fondazione Musei Civici di Venezia and the Venetian Centre for Baroque Music.

The section dedicated to Dance is equally broad and varied, ranging from the pre-classical to classical and contemporary, with four important dates at Teatro La Fenice. On 15 July the Sala Grande will be the venue for the third edition of the International Dance Gala, a prestigious showcase of the best young dancers who have graduated from the principal international academies – this year the Conservatoire National Supérieur de Musique et de Danse de Paris, the Académie de Danse Princesse Grace of Monte-Carlo, the Accademia Vaganova of Saint Petersburg, the Royal Ballet School of London and the Accademia Nazionale di Danza of Rome. In addition, this year will also include in incursion into free style with the French group the Pockemon Crew, recognised as one of the best hip hop bands. Once again in the Sala Grande, on 17 and 18 July the No Gravity Dance Company will go on stage with the Divine Comedy Trilogy – Inferno, Cantica and Paradise – with choreography by Emiliano Pellisari and Mariana Proceddu, offering a complex show that combines dance, acrobatics, miming, music and special effects. Finally, on 25 and 26 July, in collaboration with Fondazione Bevilacqua La Masa di Venezia, after two years the Progetto Danza e Arti Visive will return to Teatro La Fenice: this will reunite two young artists from different fields, the German choreographer Patrick Eberts and the visual artist Isaac Julien, with a world première performed by the dancers of the Hamburg Bundesjugendballett. Under the guidance of John Neumeier, the evening will open with two other pieces by the Bundesjugendballet, both Italian premières: Muted (2012) by the young Italian choreographer Sasha Riva to music for quartet by Peteris Vasks, and the Petrushka Variations by John Neumeier himself, a piece from 1976 to Trois mouvements de Pétrouchka by Igor Stravinsky performed live by the pianist Christopher Park. In addition to these three performances is an International Study Conference on 26, 27 and 28 June in the Sale Apollinee; it is entitled Return to Viganò, from Venetian origins to European success, dedicated to Salvatore Viganò, one of the key figures in Italian and European dance in the eighteenth and nineteenth centuries, organised in collaboration with Ca’ Foscari University and the Accademia Nazionale di Danza of Rome.

The Symphonic Music Sectionincludes two concerts by the Fenice Orchestra at the theatre La Fenice, organised in collaboration with the Soprintendenza per i Beni Architettonici e Paesaggistici di Venezia e Laguna and Fondazione Musei Civici di Venezia. The first on 9 July will be conducted by Diego Matheuz, the second on 12 July by John Axelrod.

The Baroque Orchestra of the Festival will also be playing an important role; with Stefano Montanari as conductor, the ensemble was founded last year following the initiative of Fondazione Teatro La Fenice in collaboration with Regione del Veneto; it offers two Baroque music programmes called In spiritual style and In da camera style; the first is on 14 and 15 July in the Churches of San Salvador and San Donato on Murano, the second is on 30 June and 1 and 2 July in the Sale Apollinee and at Ca’ Pesaro Museum.

The section dedicated to the theme of Venice and France will be particularly extensive and full of nuances this year; the highlight will be the world première of a new theatre pièce by Bernard-Henri Lévy, Hotel Europe, which will go on stage on 11 July at Teatro La Fenice. Dedicated to the city of Sarajevo – where it will have its première on 27 June – one hundred years after the outbreak of the First World War and twenty years after the war in Bosnia from 1992-1995, the pièce is a sort of monologue on Europe, its values and its future, and will be performed by the French actor Jacques Weber with direction by Dino Mustafic; it will then be presented in Paris, starting on the 9 September. The other events in the section will present the relationships between Venetian and French music from different perspectives, from the fifteenth century until today; it includes concerts by the Oktoechos Ensemble, the Cappella Marciana Soloists (25 July, Basilica of Saint Mark, in collaboration with the Venetian Centre for Baroque Music), the Solisti Veneti with Uto Ughi (4 July, Teatro La Fenice), the Virtuosi italiani conducted by Alberto Martini (Chiesa della Pietà), Ulisse Trabacchin and Piergiuseppe Doldi, organ and trumpet, playing French compositions for the organ, the young award winning pianists of the Premio Venezia who will play pieces from the French repertoire, and by the mezzosoprano Monica Bacelli who will perform in music recitals of Debussy with Claudio Marino Moretti at the piano (16 July, Sale Apollinee). Continuing the experience of the Contemporary Marathon, on 11 July 40 world premières of works by Venetian and French composers that were commissioned specifically by Fondazione Teatro La Fenice will go on stage.

The Vivaldi Millennium section dedicated, as it was last year to Antonio Vivaldi and eighteenth century Venetian music, foresees concerts with different ensembles and choirs who are specialised in this repertoire.

In addition to the Contemporary Marathon on 11 July mentioned earlier, the Contemporary section of the festival foresees five dates dedicated to contemporary music and the historical twentieth century: two concerts by the Ex Novo Ensemble, one by Cecilia Vendrasco and Giovanni Mancuso of the Laboratorio Novamusica, one by the Bacau Philharmonic Orchestra conducted by Dario Bisso Sabàdin that will continue the complete series of symphonies by Gian Francesco Malipiero which began in 2012; one dedicated to the world première of Nove canti veneziani for mezzosoprano and string quartet (2013) by the Austrian composer Wolfgang Florey to texts by Riccardo Held, and one by the pianist Jakub Tchorzewski, the violinist Dejian Bogdanovic and flutist Carlo Tamponi playing music by Alfredo Casella, Camillo Togni, Gino Gorini, Nino Rota, Giacomo Manzoni, Ottorino Respighi and Roman Vlad from the archives of Istituto per la Musica della Fondazione Giorgio Cini.

This year the Venetian artist to whom a special evening of homage is to be dedicated is the composer and singer Pino Donaggio. During the course of this evening some of his famous film music will be played and the story of his career will be narrated by Roberto Pugliese.

The Festival will close with Section of jazz concerts by Paolo Conte, Cassandra Wilson, Burt Bacharach and Keith Jarret organised in collaboration with Veneto Jazz and a recital by Peppe Barra.