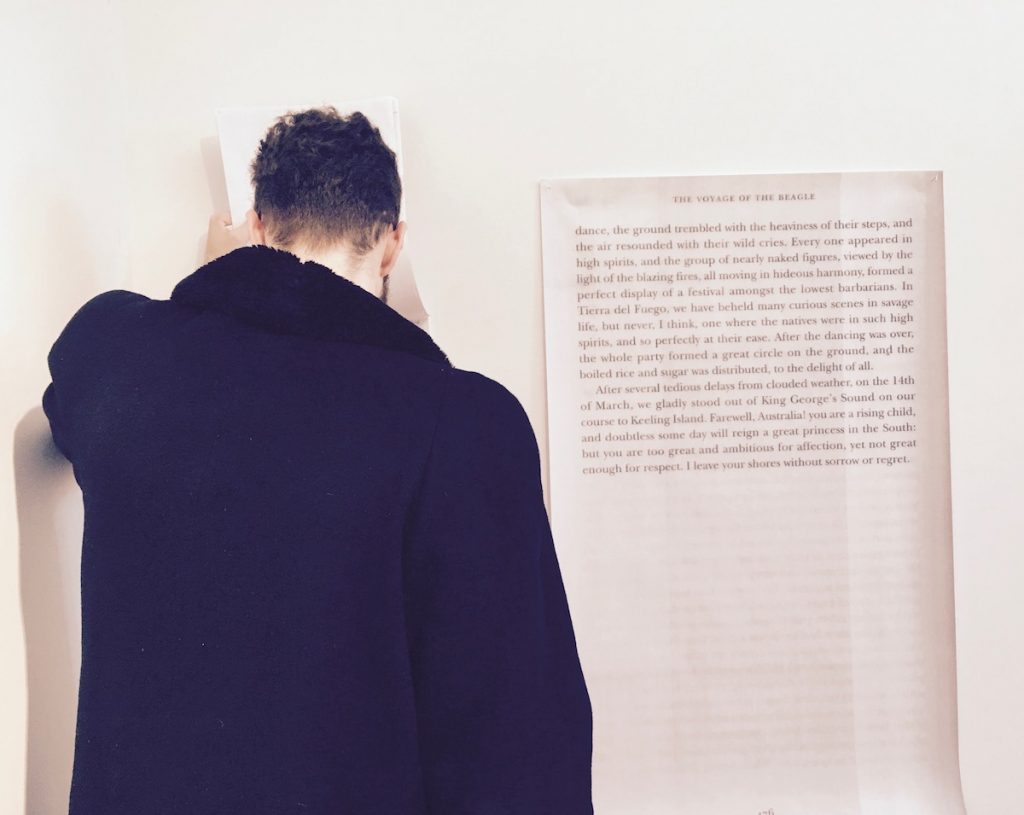 dance, the ground trembled with the heaviness of their steps, and the air resounded with their wild cries. Every one appeared in high spirits, and the group of nearly naked figures, viewed by the light of the blazing fires, all moving in hideous harmony, formed a perfect display of a festival amongst the lowest barbarians. In Tierra del Fuego, we have beheld many curious scenes in savage life, but never, I think, one where the natives were in such high spirits, and so perfectly at their ease. After the dancing was over, the whole party formed a great circle on the ground, and the boiled rice and sugar was distributed, to the delight of all.

After several tedious delays from clouded weather, on the 14th of March, we gladly stood out of King George’s Sound on our course to Keeling Island. Farewell, Australia! you are a rising child, and doubtless some day will reign a great princess in the South: but you are too great and ambitious for affection, yet not great enough for respect. I leave your shores without sorrow or regret.

as extrapolated in an art installation about gender and race by Camilo Godoy (USA/Colombia) at ISCP 2017 residencies, New York