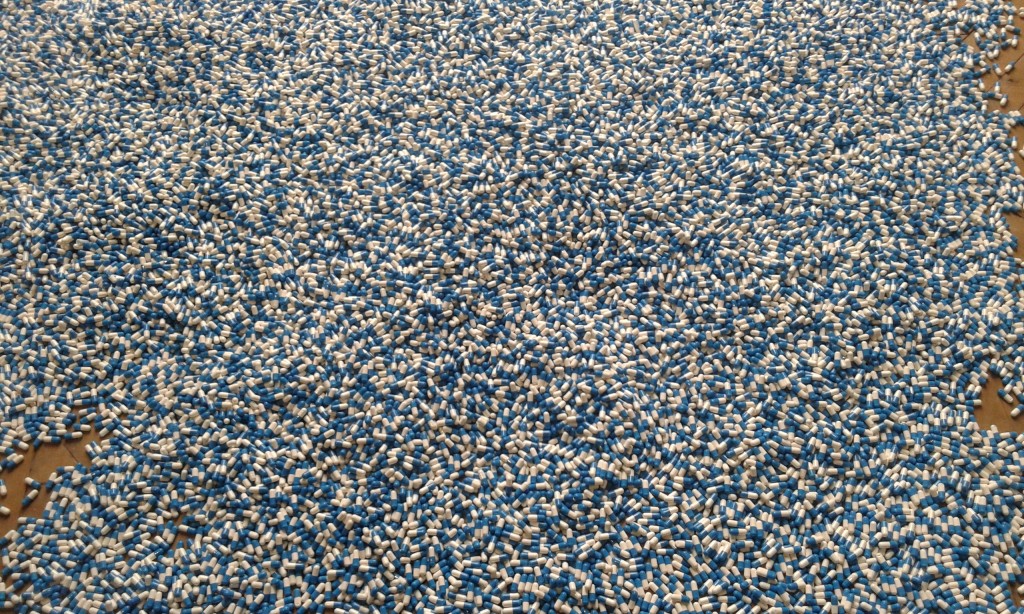 For the fourth time in almost as many years, Ma Bille had to go in for eye surgery, this time to have her cataracts removed. She was not afraid: at sixty-eight years of age she had been in and out of the operating room so many times that the antiseptic reek of hospital walls was as familiar to her as the smell of baby poop.

The thing that worried her, that made her wake up this morning with her heart hammering in her ears, was the suspicion that she was all alone in a world that had seen the best years of her life.

While she waited for sensation to return to her legs, she ran her mind over the tasks for the day. Her domestic routine, established after her husband’s death and perfected in the years since the last of her five children had left the house, was the cogwheel of her existence, the real reason to live. After the last operation she had shuffled around the house for five days with a blindfold of surgical gauze over her eyes, condemned to do nothing but eat, bathe, sit on the toilet bowl, and listen to the sounds of the street outside her window. She had emerged from that invalid’s limbo with a renewed zest for workaday duties, but since she noticed the fog creeping in again from the edges of her vision, she had begun to wonder if she was fighting fate. At first, glaucoma— two failed operations, and one success. Now, cataracts, which, the doctors said, was a complication they had expected. Next time, God knows what else. She was tired of the hospital visits, of the countless eye tests, of the segments of her life that were stolen by anaesthetics. But, especially, she was fed up with the troop of jeans- wearing surgeons who attended to her, who reassured her of complete recovery in happy-go-lucky tones, who declined to describe her ailment in comprehensible language and dismissed as inconsequential her complaints of blistering headaches, of the nausea that was triggered by the flash of bright lights, of the pain that seared her eyeballs night and day. After three operations, all that remained of the worst symptoms were the memories of how she had suffered. Now, quietly, without the theatrics of physical discomfort, her eye-sight was fading.

She could feel herself slipping back into sleep, so she pulled aside the duvet and looked down at her legs. The sight of her stumpy, varicose, bunion-knuckled legs never failed to shock her, always seemed to mock her, to impose on her— at the start of each new day— an intimate image of decay. Mr. Bille used to say she had the finest legs in all of Ijoland, and sometimes, God for – give her, she thought it a good thing that he died before he could see what arthritis had done to her legs. The worst thing to happen to you, she said to herself, then dragged her l egs to the side of the bed—huffing from the effort and wincing from the shocks of pain that shot through her knees—and edged them over.

When she opened her bedroom door Cardinal Rex loped over to meet her with his tail raised. He rubbed his sides against her ankles, purring and flicking his tail; then he padded after her as she went about her housecleaning, shining his yellow-fever eyes at the back of her head and resting on his haunches to lick his charcoal fur whenever she stopped too long at a spot. After she wedged open the kitchen door and swallowed her morning dose of celecoxib tablets and cod- liver oil capsules washed down with two bottles of lukewarm spring water, she scraped the leftovers of last night’s cooking into his green plastic plate. She sat on a short legged stool in the center of the courtyard and with a chewing stick cleaned her strong, yellowed teeth. While the morning air washed over her naked, collapsed breasts as she waited for the water on the stove to heat up for her breakfast and bath, Cardinal Rex ate at her feet.

She finished her meal of maize porridge, moinmoin, and Lipton tea, waited for the food to settle in her gut, then rose from the stool and carried her plates to the kitchen sink. Over the sound of running water she heard Cardinal Rex scramble up the fence of the house onto the roof to sun himself. She had lived in this house for thirty- two years, ever since Mr. Bille left her, and for many of those years she had cohabited with cats, yet she still wondered how come every one of the eight cats she had owned at different times always took the same path onto the roof. Her husband had hated cats—they were arrogant and disloyal, unlike dogs, he used to say. There was a time, when he was still alive, that she, too, favored dogs; but now the sight of their eager bodies, the sound of their yaps and bays and yelps and growls, gave her palpitations. The first Cardinal Rex had been a white female cat. But after seeing the ease with which her coat got smudged, after suffering through the nighttime caterwauls of wooing males, and after what had to happen happened and she woke up one morning to find a litter of four blind kittens that their mother abandoned because she moved them from the rug in the parlor into a cardboard box lined with old handtowels, Ma Bille learned her lesson. When the animosity that bloomed between cat and owner drove the first Cardinal Rex into exile, Ma Bille replaced her with a black male cat. Until his death from stoning at the hands of some neighborhood children who mistook him for a witch’s cat, Cardinal Rex the second lived a happy, simple life. It was from his time that she established her routine of feeding her cats twice a day. It was with him that she fell into the habit of talking to her cats, of threatening to withhold their meals when their conduct called for rebuke, of rewarding them with scraps of dried crawfish when they were good. Her plate washing done, Ma Bille took up the pot of hot water, shuffled to the bathroom, shouldered open the heavy- timbered door, and went in. The bathroom was small, low-ceilinged, and stank of mildew. A colony of chitinous creatures thrived in the wet earth underneath the metal bathtub. She glanced around out of habit to see if any cockroaches had ignored the daylight signal to return to their hiding places, but in the dim lighting, her eyesight failed her.

With her towel around her waist and her bare feet smearing the floor, Ma Bille emerged from the bathroom. The sun was blazing, the ground was awash with light, her eyes were suffused with the brilliance of everyday colors, and as she crossed the courtyard she stepped on something squishy. She halted in surprise, stooped to see better, released her breath in anger, then picked up the half-eaten rat by the scabby tail and tossed it over the fence. Raising her voice so that Cardinal Rex, wherever he was, would hear her, she said: “No supper for you today, bad pussy!” On ordinary days, after she took her bath she would slip into one of her old, wash-faded boubous and then walk to God’s Time Is Best Supermarket on the street corner to buy a chilled bottle of Harp. She would return home with the beer, go into the kitchen to fetch her beer mug, then carry mug and bottle on a tray to the parlor and place the tray in the chair that stood before the window facing the street. That was where she sat, on the armrest of the chair, sipping her beer, gazing out on the tide of life through the age browned, flower-patterned lace drapes, until lunchtime. But today was not an ordinary day. Ma Bille had somewhere to go (…)

A. Igoni Barrett (1979, Nigeria), from Love is Power, or something like that – Stories

To continue to read (or to buy the book): https://www.graywolfpress.org/books/love-power-or-something

A. Igoni Barrett, Graywolf Press, London, Love is Power, Nigeria, Nigerian Literature, or something like that – Stories