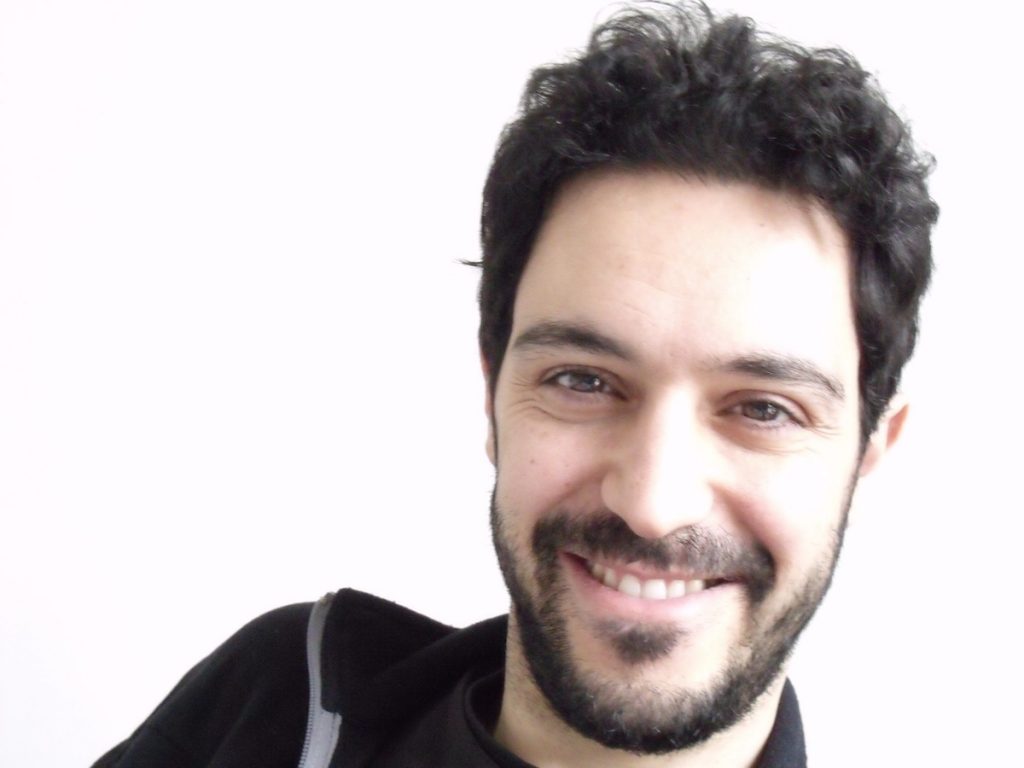 Your life in a few lines, exactly from when it started and from when you started to outline your passions and the actual vocation

I was born in a small town in the south of Brazil and, since my first memories, music was the center of my small universe, which was composed by radios, cassette tapes and vinyl discs of many styles. When I was eleven years old, my parents moved to Porto Alegre and soon I started to play the guitar, moving gradually from pop-rock to progressive, instrumental rock, fusion jazz, world music, until discover contemporary music, which was a revelation for me! Then I studied classical guitar in Brazil and moved to Europe in 2002, where I studied composition in the Spanish Basque Country, musical theater in Switzerland and electronic & computer music France. It was also very important for me, professionally and personally, live together with artists of various disciplines at the residence programs I integrated in Rome, Madrid and Vienna, as well the collaboration with musicians who defended my work, as Charlotte Testu brilliantly did at the Biennale di Venezia (you will read Charlotte’s story on our fanzine soon and with her one we’ll close this little window on writing for music arisen by listening to new pieces at #BiennaleMusica2018, #CrossingTheAtlantic).

Can you tell a bit more about the life of the composer in your country and if the system – from the public commissions to the private ones, including awards and competitions – is fair enough?

Looking from outside, I think contemporary music in Brazil occurs mainly at the music departments of the federal universities along the country. Outside the university, there is not a strong professional circuit, with specialized ensembles, festivals, residences, awards, sponsors (public or private), etc. as we have in some countries here in Europe. It’s probably for that there are so many Brazilian composers living outside the country.

What about the style of Radio Bass (the Aurélio Edler-Copes’ piece I listened to executed in Venice by Charlotte Testu)? Does it derive from a specific assignment or were you free to create?

I felt it very political not only in the huge modernity of the format (a quasi radio ‘drama’ for concert fruition which enables a different circulation outside the concerts hall) but also in the very peculiar composition style. Can you tell us more, also entering a bit in your inspirations and in the way you’ve written it?

The only specification of the commission was it could be a piece for ‘augmented’ double bass, which is actually very free. So, I wrote Radio Bass, for amplified voice and double bass (one musician), effect pedals and electronics, with the aim to connect with the sound environment of my early childhood (radio, cassette, vinyl…) and explore the fusion between analog and digital electronics. The musician has a set of effect pedals that transforms his/her voice and instrument before plug each one in a valve amplifier. In other hand, a series of prerecorded sound files, created with a radio station as well with a robotic synthetic voice processed by the same effect pedals and connected to valve amps, are played and transformed in real time by a digital dispositive I have developed inspired by the old cassette recorders.

Radio Bass is a patchwork in seven parts, each one in relation with a specific radio theme: ‘tuning’, ‘fast music’, ‘massive advertising’, ‘radio message’, ‘slow music’, ‘space signal’, ‘looping news’. Regarding its thematic, the piece presents a critical vision of the consumer society and the way we deal with information in our days. It establishes a dialogue between the double bassist (his/her instrument as well his/her voice) and the prerecorded robotic voice that is, somehow, the presenter of this pirate radio “expert in prefabricated disinformation, misleading advertising, weird freaky music and, of course, ‘bass’ entertainment”.

Which are your next compositions you’re working it? Do you also write occasionally narrative or poetry?

At this moment I work on In Reflection, a new piece for electric guitar and string orchestra that will be premiered as part of the South Brazilian tour of my cd IN C+50 (after Terry Riley’s In C). After that I’ll compose the second part of Hörspiel, a radio play project I develop with the duo Bazar Électrique and, then, a new work for sampler, amplified ensemble, effect pedals and live electronics developed in residence and commissioned by IRCAM-Centre Pompidou Paris and the Ensemble United Instruments of Lucilin, from Luxembourg.

No, I write neither narrative nor poetry, but I write the more and more the texts of my music pieces.

I live in Paris since ten years and I feel the more and more stranger to the rhythm of the city. Maybe I portray a slower way of life and receive in exchange its huge flow of information, which is often very useful.

Is there any secret place you like to hide in when you like to slow down the pace in your town?

It’s neither a secret nor a hidden place, but I like very much my neighborhood, the basin of Villette.

Claudio Monteverdi’s dance madrigals, which I have quoted in Radio Bass.

Carl Honoré’s book ‘In Praise of Slow’, which draws a panorama of the slow movement since the 80’s.

This is a not easy question… I really don’t have a clear answer right now!

What did you learn from life – in any direction possible, not only in its professional slice – so far?

Not still completely integrated, but already in process: the fact that, after have an idea, start to work on it but take the time to let things happen in the right rhythm, in its own flow.

To learn more about the composer: http://www.edler-copes.com/site/About_l_edler-copes.html