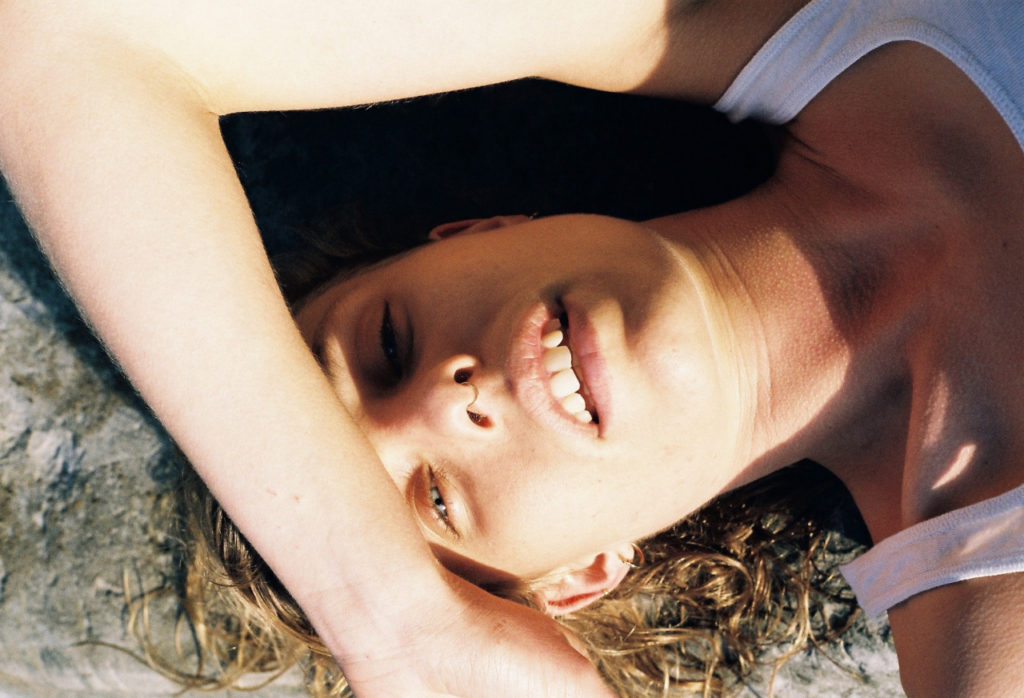 Carter Were
picture by Harry Were

I grew up mostly in Auckland, NZ and in a small town at top of the South Island. After school I moved to Sydney for a few years before coming back home. I have never trained or planned to be a baker, but I enjoy baking bread for now, food, travelling and the sea.

What about Carter as traveller: which ways, which places and which companions?

I love to travel alone, with friends or lovers. I really enjoy summer time and I like to go to Greece. The food, the sea and the sun is my favourite.

Do you use Airbnb as host/guest? Us of Slow Words yes, for instance, in both the ways…

At the moment I use airbnb as a guest.

Baking dates back – and still refers to – the most primordial social (and cheap) activity for the mankind, doesn’t matter the latitude where they are ‘social’.

Lately you’ve baked in one of the posh European restaurants for one of the most incredible, and positive, phenomena of digital life (Airbnb) and during the most prominent furniture design fair in Milan: where all this did start and what do you feel now? How will the ‘customers’ recognize your footprint and get thrilled by the good food simple philosophy?

It doesn’t really seem real now that I am back in New Zealand and back at work. It was such a fun, crazy and unexplainable experience. I feel so grateful that I was invited over to Marta to bake my bread and be part of Ambra’s exhibition for Airbnb. Ambra was visiting New Zealand around Christmas time and came into my shop, it was her idea to bring me and my sister over to do what we do back here. People seemed to really enjoy the exhibition and the bread I was making, I think the style of the exhibition was very different to other shows that were on during Salone. It was casual and fun, the whole idea was about sharing which is what lots of us seem to do today. We share our photos with instagram and our houses with airbnb, so the food that was offered over the week was all laid out on set tables for people to sit next to one another and enjoy. Every piece of cutlery, plate, tea pot, jug were all curated by Ambra and Katie Lockhart which were from different creatives around the world. I was just another creative contributing to the space.

People enjoyed my bread, and I ran out each day so I guess they did seem thrilled by the idea of simple food, but Italians do eat simple food. They are very traditional and I noticed that they don’t eat savoury food for breakfast, usually just coffee and a pastry, so I was a little worried they wouldn’t understand or like what I was offering. Everyone seemed to be very curious and were keen to try it, they asked me where they could by the bread from but I said they had to come New Zealand to get it.

What about  Carter as reader: which is the book with you now and which is the music you’re listening while sipping its pages – if you do not prefer the silence to read?

At the moment I’m reading Blood, Bones and Butter by Gabrielle Hamilton – I want to go eat at her restaurant one day. I can only read when I have nothing else on my mind or I am on holiday. Which is not very much at all! I do enjoy listening to music though, but not one particular genre. I have an old car from ’86 that doesn’t have a radio. My boyfriend put a stereo in it for me and I can now play music on my 20 minute ride to and from work. At the moment I am listening to Slowdive, Black Sabbath, David Bowie, Connan Moccasin, some african music but it’s on a playlist by a friend so it is a mixture of music.

I don’t see myself as having any important achievements as a person. I have not been to university, I don’t have any qualifications. I have spent the last 7 years working different hospitality jobs not because I really like food but because this is the job I found the easiest to get without knowing anything. It was until 4 years ago I realised I had a passion for food and started experimenting at home, firstly with food and then bread.  My most important achievement as a baker so far has been coming to Salone and making my bread in Milan, and also opening my small shop in Auckland one year ago. It is the hardest and most rewarding thing I have ever done. I still see myself an inexperienced and don’t call myself a baker. I love learning, so I hope I can work with people that know a lot more than myself and I can become a better baker. It is such a science that I have not worked out yet.

What do you gift to Auckland and what Auckland gifts to you? We would love an answer mixing, either pregnant and frivolous exchanges citizen/city that perhaps cross your days there…

Auckland is the biggest city in New Zealand, but it is still pretty small. I don’t always enjoy it but when I travel it gives me new ideas to bring back here. I think it is a great place to start a small business, because there are less people to compete with. I like that in 30 minutes you can be out in the country side by the sea, and you forget you live in a city. I live in a suburb just out of the city, by the bush and the sea. We have a garden and two dogs and grow vegetables. I think this would be hard to do anywhere else.

Sydney vs Melbourne is hard to discuss, because is a sensitive topic there, Down Under… What about another place in the world you would call home apart, or further, Auckland?

My parents’ place in the South Island. They live rurally just out of a town called Blenheim. There are lots of colourful mountains, big open spaces with grapes and cold rivers to go swimming in. It’s a really beautiful and relaxing place to go back too.

The talent you have, the one you miss

I can bake bread but I lack confidence.

I hope to have lots of children by the sea, some animals and a garden to feed my family.

What have you learnt, so far, from life?

To not think too far into the future and do what makes you happy.

The picture on the cover of this interview is by Harry Were (Carter’s twin sister), source: harrywere.tumblr.com

To learn more about Carter’s bakery and food shop: http://werebros.co.nz/