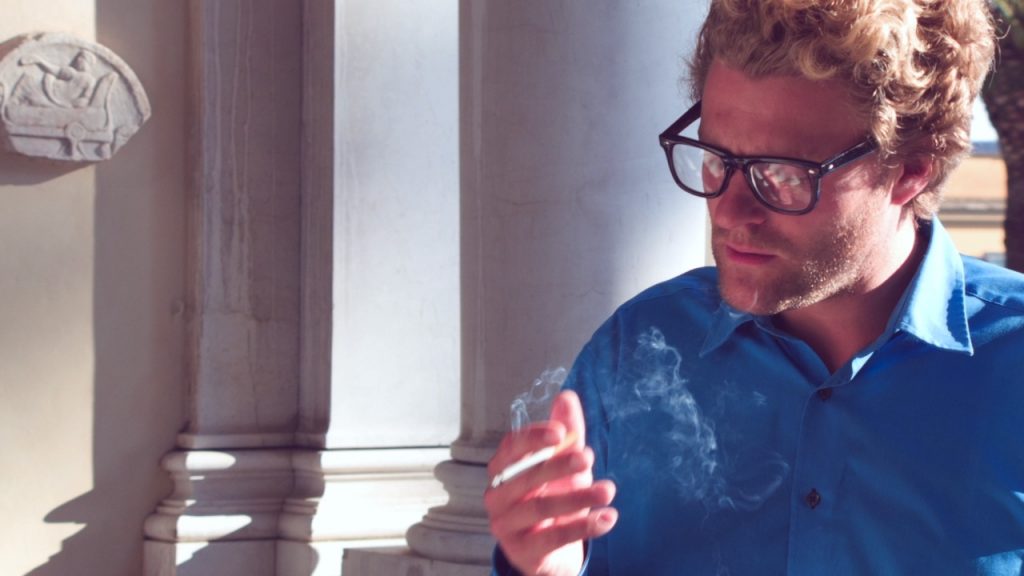 Florian Graf in one of his video stills 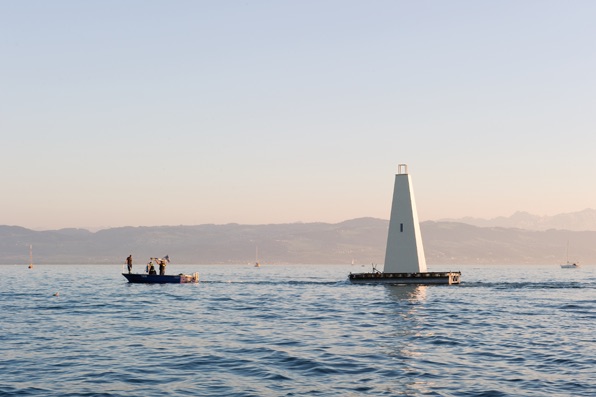 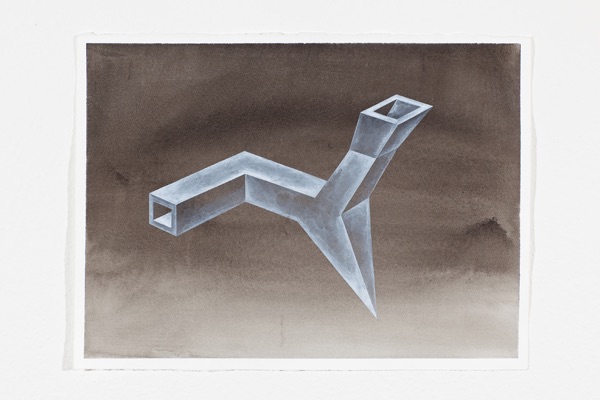 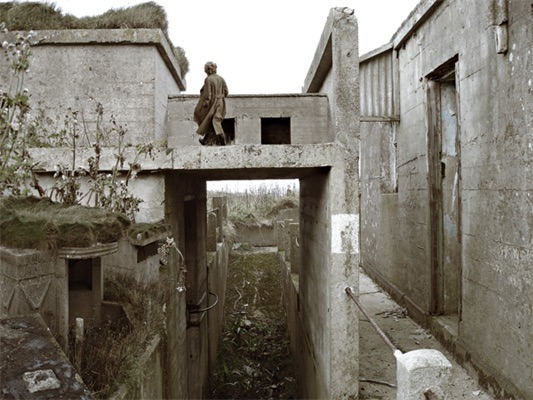 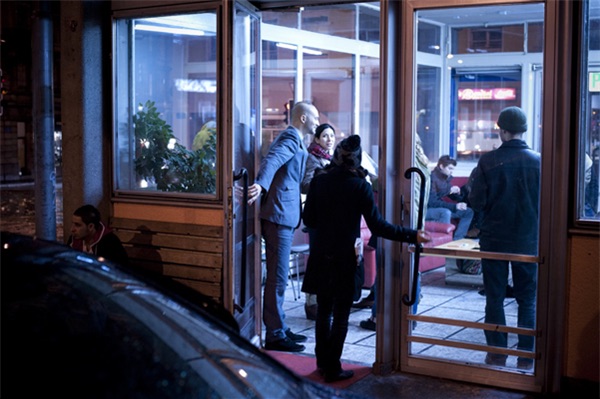 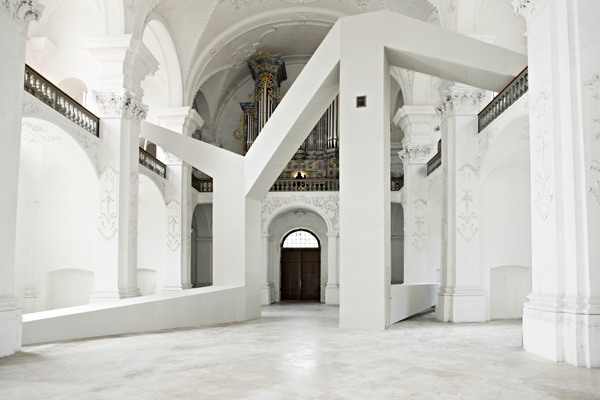 Your story in a few lines, from where it started

When I was a boy I loved drawing. It made me feel free and strongly connected to the world. I wanted to become a painter. Later, I was told that being a professional artist was a very difficult job that wouldn’t even pay the bills. So I tried to avoid becoming an artist, looked for alternatives, considered studying botany, physics and psychology or thought to become a gardener or carpenter. I finally studied architecture and combined my manifold interests. During my studies at ETH in Zürich I won a competition and built a university in Afghanistan with two fellow students. This project gave me the courage to do things that were out of the box. I realized that it was possible to follow my own voice and started to take my dreams seriously. That’s how I became an artist.

Design and arts are always giving the impressions to be a niche exercise of beauty – especially to those feeling ‘subjected’ to arts and not to, of course, the plethora of art addicted.

For those thinking this is not enough (I mean, the exercise of beauty), there are surely inventors as you to help – minds able to playing within that beauty until democratizing the sense of an artwork and often involving landscape, places, architectures.

My process mostly starts with an intimate impulse in a specific situation of my life. It’s usually an idiosyncratic urge that wants to be transformed into something else, maybe into something beautiful. Beauty implies something social though because it includes a general or collective idea. If you say ‘I like it’ you mean that it’s your personal inclination. If you say ‘I think this is beautiful’, you imply that somebody else might also find it beautiful. Aesthetics and ethics make a tricky couple. Their inscrutable relationship might be the main trigger for what we call art. This is directly linked to another relationship that interests me a lot, the one between individual and society. That’s where the political aspect starts for me, where my sculptural work has its roots. Sculpture needs a place. And a place has the potential for encounter. I love the intimate quality of art that evokes self-awareness. And I believe in the poetic energy of art that enriches and activates a society.

Which has been the inner sparkle for such a lifetime project and who are your collectors (the audience is clear to me: anyone passing by…just to say, maybe, the ‘subjected to arts’)

To be honest, I don’t really know what caused my sparkle. In French it’s called le feu sacré. It’s really something that burns within me, it’s a passion that causes great joy and serious struggles. At the same time, this flame must also must also be cultivated and fed. Maybe, the sparkle was initially aroused by other artists. Maybe, I started to draw, not because I saw a bottle but because I saw the bottles painted by Morandi. The fuel for the sparkle are hope and doubt, euphoria and anger, loneliness and love and some sort of reality I’m dreaming of.

There are collectors who collect my art as material objects. And there are collectors who pass by and see my art. They collect the experience. I therefore like to include an element that opens up dialogue and creates an image that stays with the viewer. I want to create an experience that can be shared. I like the idea of a myth or a Sinnbild – the German word for an emblematic allegory. An example could be my piece ‘Ghost Light Light House’ for which I built a four storey Light House that aimlessly drifted on Lake Constance, permanently crossing borders between the countries around the lake. It caused debates in public space and media, and people sent me personal letters and poems.

Which is, so far, the project that challenged you more and gave you the more intense satisfaction? And why?

I now understand why people had told me early on that being an artist is a difficult job. It’s somehow easy to become an artist but not so easy to be and stay an artist. Each piece, project or exhibition has its challenges. Sometimes it takes a long time to formulate a clear vision, and sometimes its implementation causes serious problems. It’s always a rubbing with different realities. When I manage to create a good work of art and thus contribute to a better world with something beautiful, meaningful, powerful or inspiring, it gives me great satisfaction that luckily makes me quickly forget all the difficulties and stressful struggles leading to it.

The Underground Man by Ross Macdonald is lying in front of me. A friend gave it to me. Also on paper, the music of Bach’s Goldberg Variationen is lying on my table.

Your favourite food and drink (and why)

At the moment I love to drink Elderflower syrup. In Vienna it’s called Hollunderwasser. The taste is subtle and at the same time intense. And it’s very refreshing. It reminds me of Bossa Nova music, heavily melancholic and playfully light at the same time. My favourite food yesterday was ice cream.

I’m a very good ‘wanter’ (feisty) and not such a good ‘muster’ (gatherer). I can make great things when I believe in them, not when I’m forced into something.

Another talent is a strong empathy, sensitivity or intuition. It also has a its downside though. I’m not good at filtering and protecting myself from too many ‘Empfindungen’ or feelings. That’s why I need to be on my own a lot, in order to digest all those impressions.

I really like places with wideness and maybe emptiness – by overlooking and connecting and giving space for a new thought. In Edinburgh for example, I used to walk up Arthur’s Seat; in Chicago, I went to the shores of Lake Michigan, in Basel I like to be close to the river Rhine. On the other hand, I love places with the quality of ‘hortus conclusus’, I love gardens and little parks where the art is so nicely hidden in nature.

What did you learn from life until now

I learned to make uncertainty and insecurity my best friends.

To learn more about Florian Graf and to be updated on his next projects and exhibitions: http://www.floriangraf.com/en/