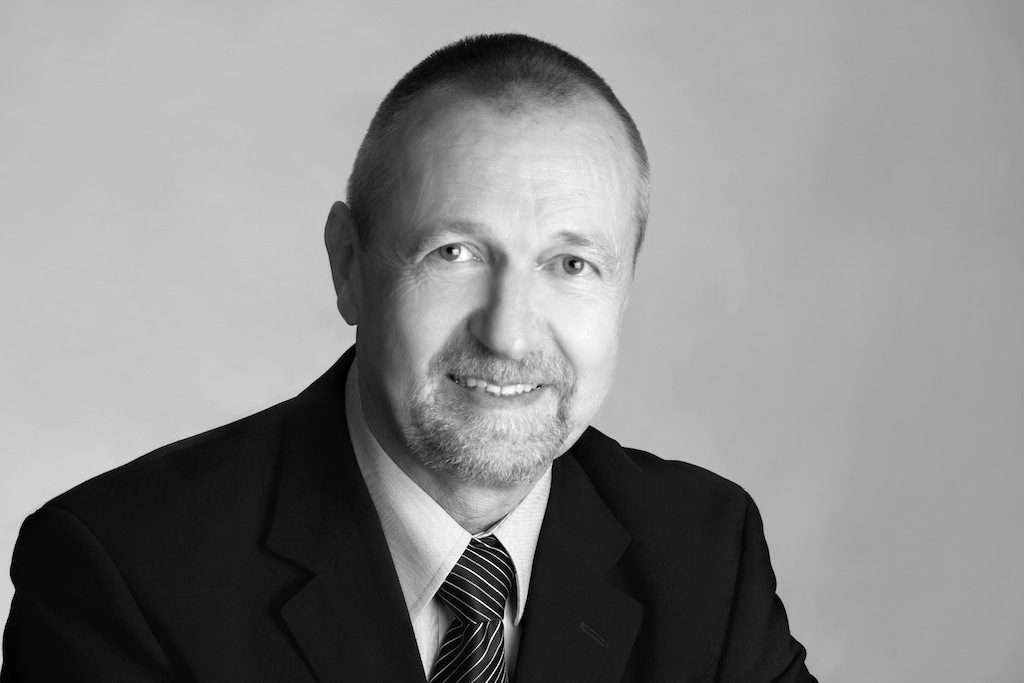 Your story (biography) in a few lines from childhood to nowadays

My odds to become a successful entrepreneur were actually 0. I was born 3.00 clock in the morning  at home  in  March 1952 four weeks early because my mother had dragged that day for hours water to wash clothes. My father, a trained bookseller,  had been severely wounded in WW2 and at that time we lived in a small village in a shack without running water. Only later, when my father got some better jobs, we could afford  to live in a small house. Despite poverty my childhood was nice because  with a lot of books at home I had  the opportunity to explore the whole world in my mind. At  the age of 15, I began an apprenticeship as a business clerk in the construction industry. I still remember the proud feeling when  I had the chance  with my first salary of 161 DM (82€) to contribute with something to the family income.

During my apprenticeship, I realized that this training would never allow me a successful career, because in Germany at that time titles were fare more important than talent.  So at the age of 18 I  went to school again, made up for university I funded with a voluntary commitment in the Air Force and later with a part-time.

It was a great privation in terms of time and I was very happy that I got what I called a dream job in an international construction group immediately afterwards.

I had always dreamed to manage a big construction site in a foreign country and my education to perform that started here. But two years later with the return of Ayatollah Khomeini, the Iranian Revolution began and my assigned job site in Borneo has been filled by Iranian employees. I had no desire to wait for another two years and followed a call of my former professor at the University of Bayreuth to attend a doctorate in economics.

After completing it, I then followed the family tradition and started a career in the book industry. Beginning as assistant to the MD of the leading German book wholesaler company I was promoted constantly and after 5 years I was heading a staff of 500 people. I was than spotted by Bain Holding Munich (managed by Mitt Romney) and hired to become MD of Libri, at that time the no. 2 in the market. In short time we increased turnover, quality and profit and after four years sold the company to a wealthy family in Hamburg. Meanwhile being a partner, I remained as MD and partner and helped to made it in the next 15 years as one of the biggest book distributors worldwide.

My partner also encouraged me to be active as entrepreneur and during this time I helped to found several companies.  At the age of 57 I had earned reputation and wealth beyond the imaginations of my childhood. I sold all my business and went with my family to Florida, where my daughter attended high school and I improved my golf handicap.  And that could have been the end of the story.

But than all of a sudden on a bright January day in 2010 a horrible earthquake in Haiti killed 150.000 people and destroyed more than 200.000 homes. With other parents of fellows of my daughter at the private school, we immediately organized rescue missions.  And that is where I learned two lessons. First lesson: you can live without food for about six weeks and without water for a few days, but without a protecting shelter you may not survive the first night after a disaster. And the second lesson: during my whole life I have never, never really reflected how lucky my life was and how privileged I am – just by pure luck given my place of birth.

I didn’t realise it at the time, but also for me this would change my life.  From then on I would also be inextricably linked to that disaster.  Haiti and its consequences had set me on a different course.

Looking at Polycare, it is like a stunning poem, rewriting science paradigms and its ‘classical’ rules about places and ways of production. Let’s take, for instance, your new, special ‘concrete’ and its attributes. It’s shaping a new horizon for building industry where sand is the main character for easy to mount and dismantle bricks able to give home when there is the more urgent need. How did you start and how did you succeed?

In the weeks following that terrible tragedy I had a constant feeling of futility. I had little I could offer. Likewise it seemed that the whole international community could not do much better. Relief in these circumstances relies on food, water, medicines and a tent if you are lucky.  But, for me, rebuilding lives, rebuilding families and communities means so much more.  It must result in building proper homes, homes that can stand the worst of the weather and building them quickly.  Having all those people sitting around with no work and nothing to do was such a waste of talent and positive energy.  And that’s when I started to think…..

Why do we continue to use a building process very similar to that used by the Romans two thousand years ago?  Why can’t we bring modern technology to building and do something different?  What if we could make super concrete from local materials and use it to make components for houses that went together like LEGO?  Wouldn’t we then be able to use the ‘unskilled’ survivors to build their own houses?

Can’t we all build with LEGO?  If we could, wouldn’t that massively improve the speed of build?  At the very least this would provide just a chance of motivating and stimulating those survivors who had thought for them any hope had gone?

A few months earlier I had a chance meeting Gunter Plötner, a former builder and developer who told me of his ideas that could turn ordinary local/desert sand, into a super form of concrete.  Concrete that was much stronger than ordinary concrete.  That was completely impervious to water and frost and could be set to extremely accurate shapes.

The memory of that meeting and my determination to do something to help those unable to help themselves, led me to the path I am now on.

As an engineer, you transformed an old glass manufacture in a door to walk in the unexpected, as this video shows: the Polycare process to work with desert sand and resin is not consuming lots of energies and is creating a total ecological (more resistant of usual cement and reusable) output. Which has been so far the way your colleagues welcomed your new brainchild, we can define the ‘plastic concrete’ and, especially, the fact that the production process is so easy to be also started with no-skilled workers in order to produce it where there is the immediate need?

As an entrepreneur, how many years did you take to refine and patent your idea? Which are, so far, the markets for it and which ones do you see for the future?

It took us 5 years and nearly 5 Mill. € to prove that our idea not only works technically but also economically. We have filed 8 patents and already received some, but the patent process is extremely slow and expensive and at the very end will not really protect us from illegal imitation.  But that will hopefully speed up the final implementation of this technology worldwide, and thus are good news for millions of people in need.

In the very beginning we were focused mainly on disaster relief, which is in itself a giant “market”, because every year in average 2 million people become homeless due to natural disasters.  Let’s add ‘manmade’ disasters as the war in Middle East and suddenly you see the demand for 20 to 30 million homeless people. But the task is even much bigger.

During the years we learned that literally all governments in the world fail to fulfil their promises in establishing social housing. Demand is rising much quicker than the building industry can deliver.

On this July I was invited to the Architecture Biennial in Venice. This is the main meeting of architects from across the world. (we’ve met Gerhard and his daughter Laura Vivian Haidl, a brillant and young manager from the Frankfurt office of PriceWaterhouseCoopers in a networking break of one of the most interesting international simposia of the last 15 years in Venice – we speak of Urban Age organized thanks also to the backing of Alfred Herrhausen Gesellschaft – Deutsche Bank)

In his keynote speech the Director of the Biennale Alejandro Aravena (we’ve interviewed the Chilean architect prior the opening of the exhibition) described the current world situation in terms of the Urban Age.  That term is used because the current generation will build more cities than all previous generations combined.

By 2050 70% of all the worlds population will live in the cities and globally there is a desperate need for housing. He quoted startling US Government figures that estimate the world needed to build 1,000,000 houses a week at less than $10,000 each and this needs to be achieved to prevent a further global security threat.  In this regard Alejandro’s opinion was critical, and possibly critical to what PolyCare is doing.  He said that this rate of building can only be achieved by the adoption of new technologies using new materials and new building methods.

The world need something different for slum development, refugee and low cost housing and that is exactly why we developed the PolyCare system.

We continue to work to improve the lives of the millions currently either homeless or in retched conditions and continue to achieve the ambitious targets outlined by the US Government and described by Alejandro Aravena.

My wife is a trained nutritionist, but my daughter loves my food because I like the Westphalian country cooking. A simple favorite dish is potato casserole with ground beef, onions, peppers, dill. And I’m the only one in the family baking cake. Fancy for a recipe of a memorable carrot-cake?

I love white wine from Rheinhessen, especially Riesling. On fine summer evenings I also love a fresh, fruity, elegant Rosé, which a friend of mine cultivates at the Coté de Provence (Domain de Feraud) . And a particularly unforgettable wine at the end of a good meal (combined with cheese and figs) is Banyuls.

I still love listening to Leonard Cohen. A gifted musician and poet. After having distributed over 1 billion books, my books fundus is quite large and on my bedside table there are always at least 10 books . The current selection consists of Science- Ficton classics, Architecture  and page turners such as John Grisham and Andreas Eschbach. Last book I could not took down before finishing: S.J.Watson, Before I Go to Sleep.

I always try to find a few minutes during the day to completely  “switch of my mind”, by doing  something simple: walk the dog.

My talent is the capacity for abstract thinking. For example, if I see a technical solution, I can quickly associate it with an entirely different problem and some other solutions and thus generate new ideas. My absolute weakness is impatience.

Life is a gift. Enjoy every day if it were your last.

Your life is like a book that is not written yet. Perhaps the last chapter is the most beautiful.