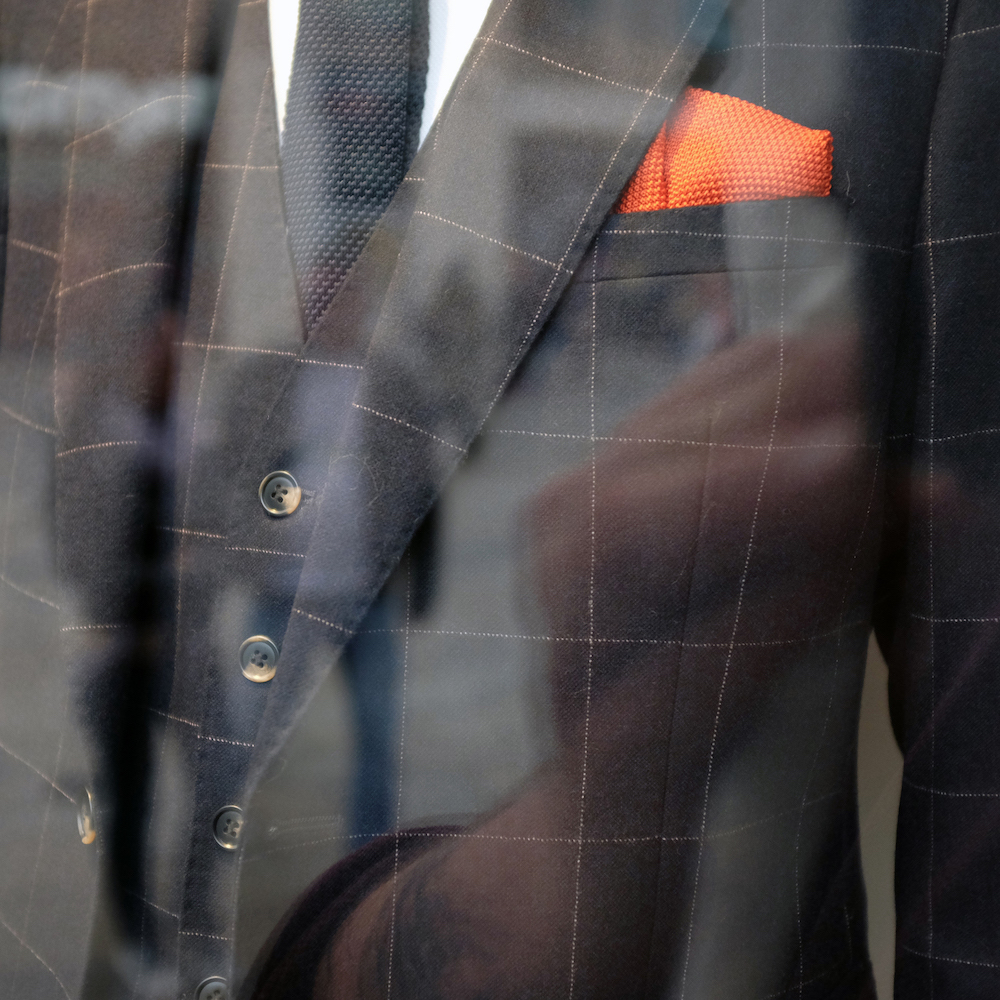 A nut’s plastic case (the one used for screws or other DIY tools) is the central piece of is that a bruise or a tattoo? and even without reading any line of the long press release, since the subverted syntax of its title you get that you’re dealing with a wordsmith before than a performer, a visual artist and many ‘categories’ of man en plus.

A small Venetian gallery we’ve already talked about because it mixes very much genres, welcomes a British self-taught artist (born on 1967 in Newcastle) under the name gobscure. That nuts case plays with both the nourishment and the apparent derailment words can operate (you can think about it by listing the various meanings and uses we gave to the word ‘nut’ and the various species you ‘umbrella’ under it).

His life is entirely spent in this battle for the truth of poetry. And for him, poetry is everywhere in life, especially wherever less you expect to find it. Poetry and arts are also a salvation for him.

The Venetian exhibition will go to close soon, but we’d left with a huge gift: the main piece the gallery produced for the artist. It is a stunning audio performance we publish in the original language (English) and in its original sounds but also in Italian in our Short Stories section.

On the opening day of his first solo show in Italy, I’d to get more Gobscure’s gigantic stream of consciousness about poetry, madness and what is ‘normality’ in a thirty minutes surreal conversation often intertwined with small intervals of live performance. To shorten his stream has been hard but I wanted you to read it. Endlessness is made only for chats…

If you happen to see his performances in your town, we’ve a strong recommendation: do not miss them doesn’t matter if categorized under ‘visual art’ or ‘music’ or ‘poetry’ or ‘play’. Boundaries and definitions do not really stick on him.

Quoting from your performance Stealing Brecht: ‘Words made a difference’. In which sense they’ve made a difference in your life, and if possible can you tell us in a few realistic lines who are you and from where you come from? We are always starting from biographies in a few hints because we depict people from this world.

As humans, we make a sense through narrative, through stories and languages in this world. Words can be spoken, written, signed or performed (as happens for the signs language or with dance)…Climate change or other big topics: you do not get the data, but the story – the narrative.

I’ve been through a lot. I had rhymes and poems and song and it not was the warmest the more important. Being told stories, poems on a page, reading a story book, making up rhymes, playing with words, that! (he speaks a verse about skin which does not make so much sense to put on this page because is born to be heard). So, all of this

Poems are ways from which humans re-emerge to themselves and for themselves.  Food, relations, stimuli (I’m hungry, I love you, I hate you, this hurts), the stories get more and more complex; that’s how we make sense of the world and we travel it through stories and language.

Yes, there is music and sound many more. But it’s wording – doesn’t matter if written, visual, performed, spoken poetry – making sense of the norms out there.

Quoting from your performance ‘Urs for Kurt‘ ‘language-sing, aye roots, routs, groutin. mind skips back to laughin heads off this weird’ you love to re-appropriate the DADA language and in a way remake it in your own way. What about your intriguing relation with disability and self-taught art

I’m happy you underlined this performance and this artist. Kurt Schwitters suffered epilepsy, anxiety disorder and severe depression. It’s kind of beyond Dada, and he turned all this upside down. It was his way coping with that non-sense out there.

The Folk Tales – and everything he did – was art doesn’t matter their forms. Doesn’t matter if Dada died at one point, he kept going. His life was art – beyond and above and around. He was a refugee: to escape Nazis he flew to Britain but we imprisoned him – the Brits imprisoned a refugee escaping from the Nazis in the 1940! We locked him up in a concentration camp on Isle of Man for seventeen months but he made up porridge sculptures which stank so much!

I live in Newcastle where his final merz barn (one wall only) is now situated – in the Hatton gallery, used to play around it as a child. It was transported after his death across Northern England from a barn in the lake district.

He did conventional paintings to pay for his life, to get eggs and bacon.

He turned his disability in freedom, included being a refugee and being locked up.

I met other people like Kurt, less famous, in my life who turned everything in arts and survived through the adversities.

The word Ur symbolizes the roots of language, it comes from very far. After all, also English is coming from Latin and German and many other languages, isn’t it?

Quoting from your ‘steal this loneliness’ : ‘citizens of the rearview we’ve all had the dream but some of us lived that duality fucking lubricated ballet of need / greed riding the volume what matters is going beyond robbed honey of nicotine walls, you seem to deal incessantly with the most profound nature of being beings.’

Have you been sometimes surprised in your research regarding some quality of human beings (not necessarily artists)?

All the times, and not necessarily human beings, also other species too like greater apes or stuff we’re not prepared for.

I’m at the moment writing also a play, joey. It starts in 1981, moves in 1991, further and outside the future. And ends with this character joey surrounded by new Caledonian crows. We are not ready to know how clever other species! They solve every puzzle the scientists have set them.

Whatever is the answer out there, I’ve met very ordinary people or people with nothing if you like, life is keeping them and make sense! (he draws some sketches on a piece of paper) I do not know if to call what they do miniature poetry, or poetic truths, but they often create amazing things with any mean.

Your profession is very varied and you ride many disciplines: poet, artist, playwright, performer. Joys and hurdles?

I preserve the ability to stay vaguely sane. Vaguely alive. One of the things I wrote (he is drawing incessantly during all our talk) is this bunch of cards for the tonight performance. I’m trying to involve the audience later.  It’s this poetic truth that let me hold all together, whatever it is spoken or drawn or written.

I love so many different things. I love coffee and you have some great coffee here I was telling Alma’s partner David yesterday that my favorite cake is a Czech one, medovnik. It’s kind of crush almond, honey and a sort of sour cream. I am vegetarian, I love fruit and cheese and nothing more than a nice apple. I love cooking, sharing, and visit many different food traditions. My medovnik and an espresso mades me happy!

You as a reader: your ways, your places, the book in your hands now (not yours)

I’ve so many books on the go at a time: some of them are factual books, other children books, or fiction, essays.

Markus Gabriel is a German philosopher and I was astonished by one of his lecture lately (Why Unicorn exists and the world doesn’t).

There are so many fantastic writers to read. I do not understand fashion or architecture but I have a book on my desk about both.

It’s so subjective, the act of reading.

Margaret Atwood (a living Canadian poet, writer and activist)…ah! I love her!

About the Nobel for literature which has been not awarded this year, I would love to hear this announcement once: ‘we award all the prizes not just literature but physics, economics and peace and everything to two writers – Margaret Atwood and Caryl Churchill (a living British playwright).’

Every play Caryl does, strikes. She is based in London and is in her seventies. The writing and stuff in it is amazing but she reinvents also the form, the language disintegrates at the very end. In her drama Blue Heart (1997) she ends using just the words blue & kettle and the dialogue still makes sense

Another piece of her I love is Drunk Enough to Say I Love You? which tells about the story of the political power of USA (it came out after the last Iraqi war) by depicting a sort of Tony Blair and George Bush sitting for an hour and trying to get drunk enough so they can declare love for one another instead of bombing people.

She is the most amazing writer for me, full stop! No gender, no genre, no nationality, she is the best!

Sarah Kane is also very loved on the continent and she has been extremely translated and I love her work enormously too. But Churchill is more than theatre.

You as a listener: which music saved your soul, which music ignites your days or nights – and which music were you listening while preparing your solo show at Alma Zevi (Venice)

In my next play, Joey, at the very beginning someone says ‘There is good music and there is bad music.’  I love most music of all categories. There is amazing country music for instance. And amazing opera – including from Italy, or free jazz…contemporary classic music….hardcore, uncategorized…Just good music!

Like poetry values, it’s good because it gets you and gives you something. It depends on the time of the day and about your mood and your needs.

Where do you see yourself in ten years, for instance always in Britain (not for Brexit, of course)?

Oh definitely not for Brexit (he laughs loud!)!

My health is really crap but I would love to do so many things! This is my first time in Italy, I have had connections with Athens not just because I was recently invited by Alma to have an exhibition in Athens which coincided with the start of Documenta 14. I love Prague because as a child I fell in love with the word Cecoslovacchia. My first book of poems in my life brought me there. I would love to go to different places in order to meet different people. I am European, that’s where I was born, there is an historical bondage.

The image cover (gobscure, …ov glass & were aching to…, 2018) is an artwork the artist has chosen as self portrait.