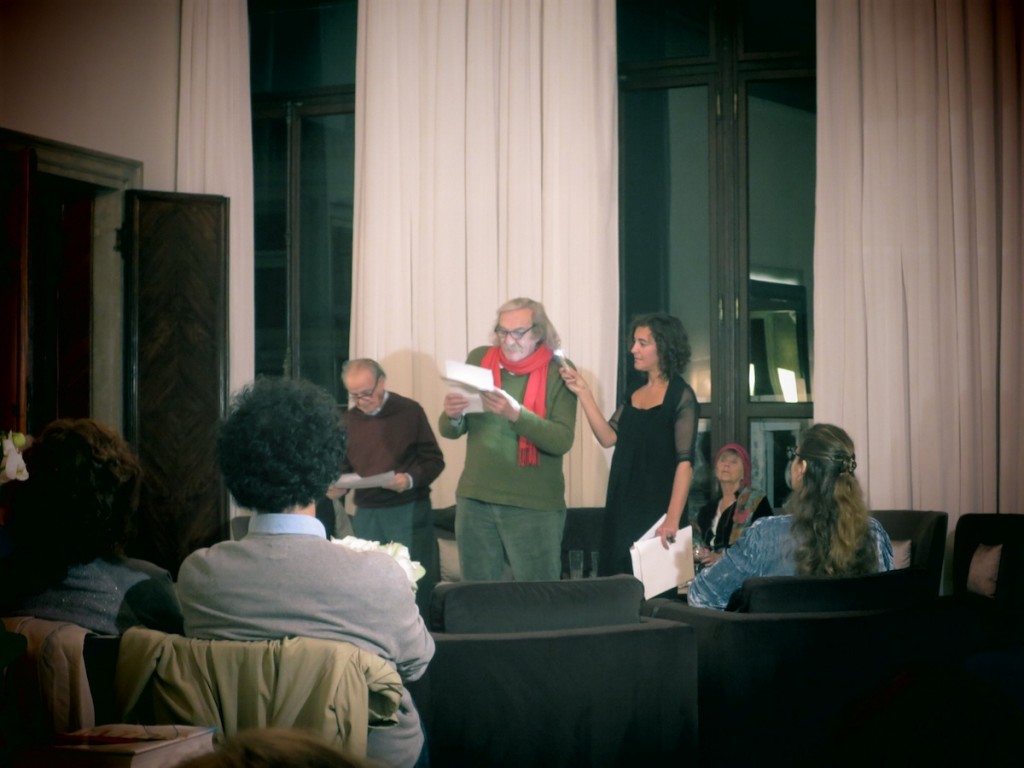 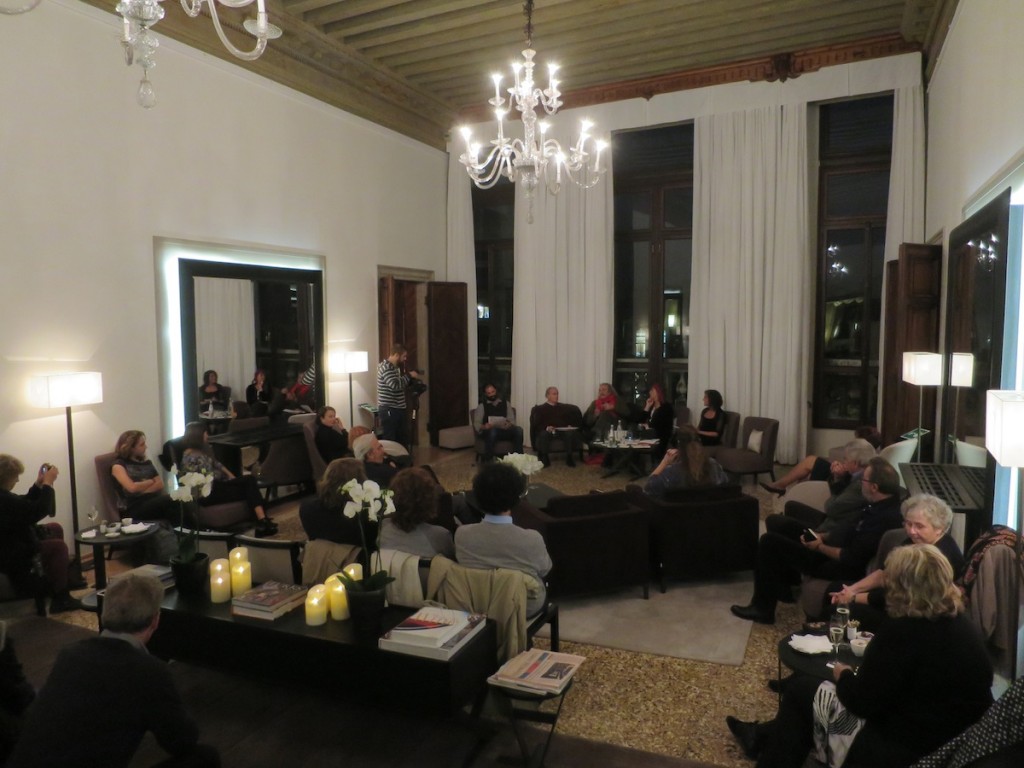 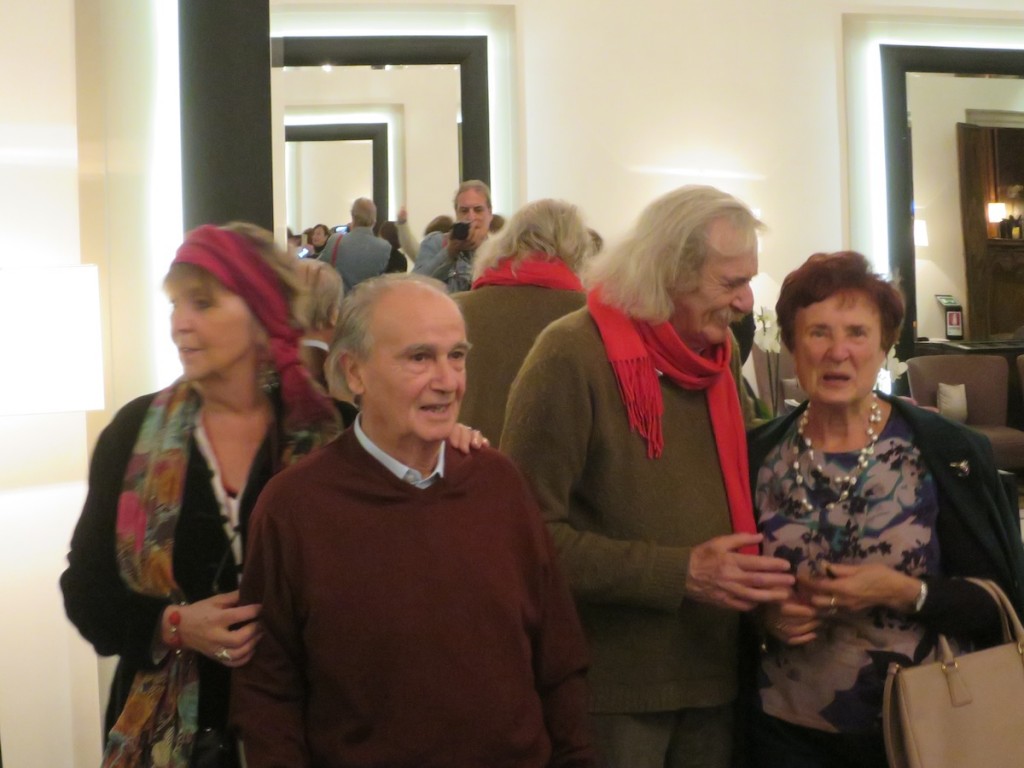 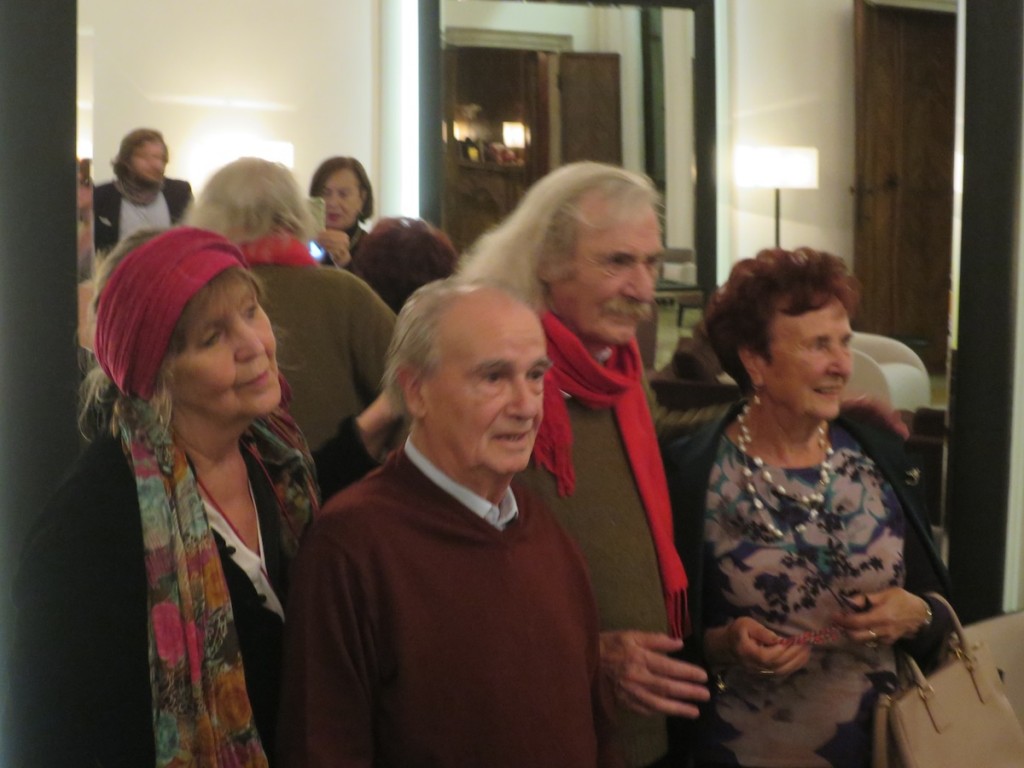 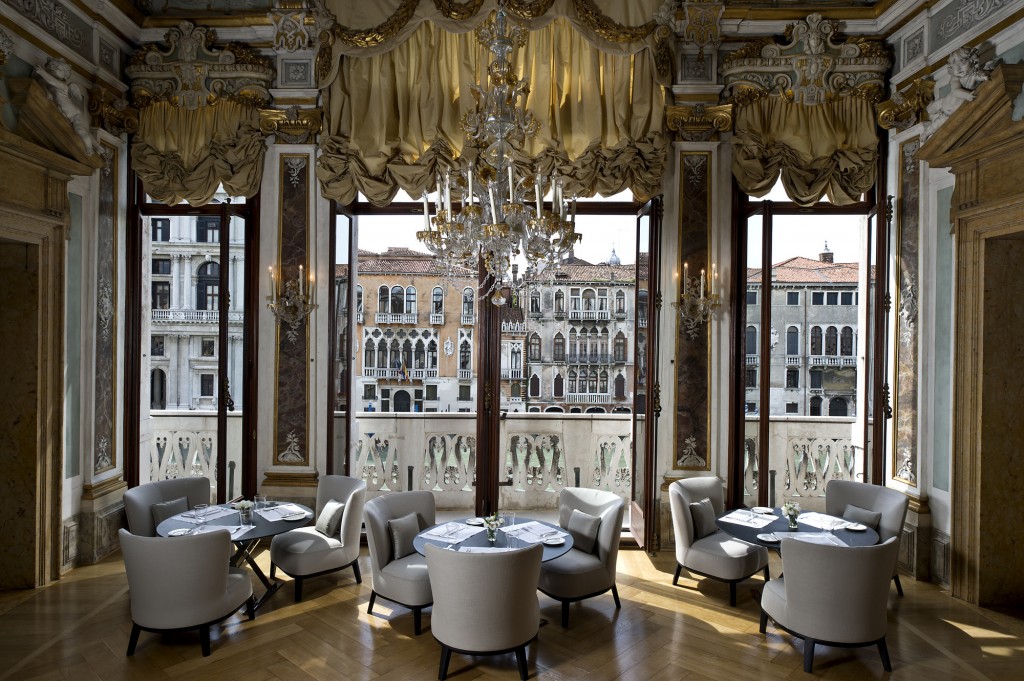 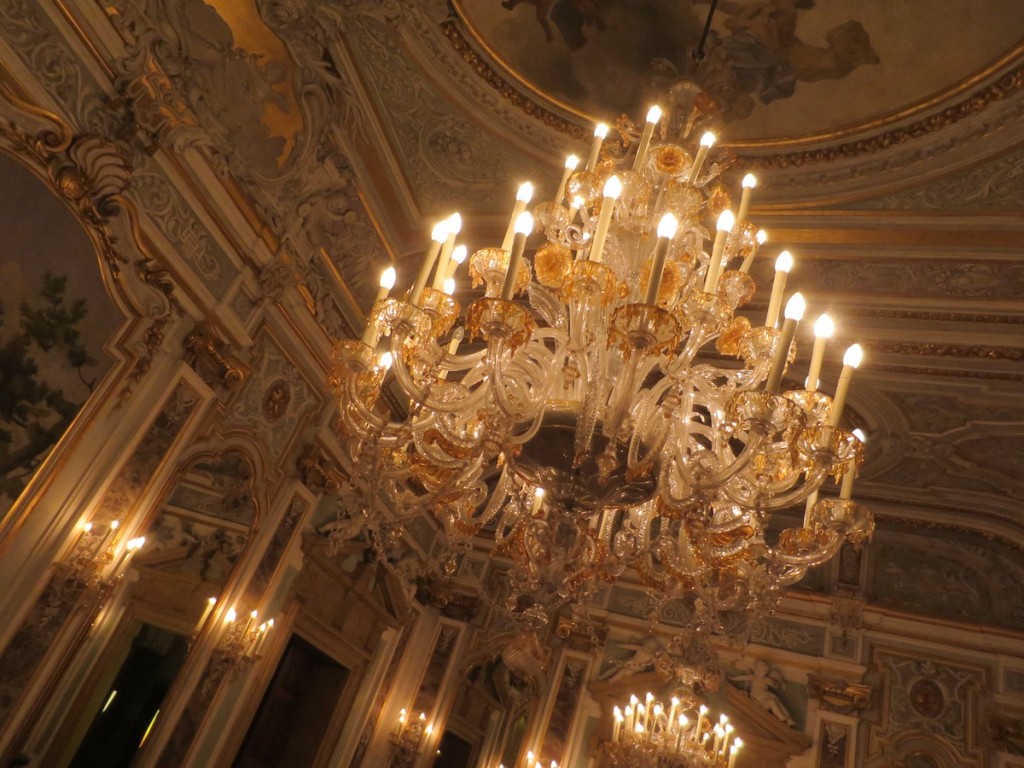 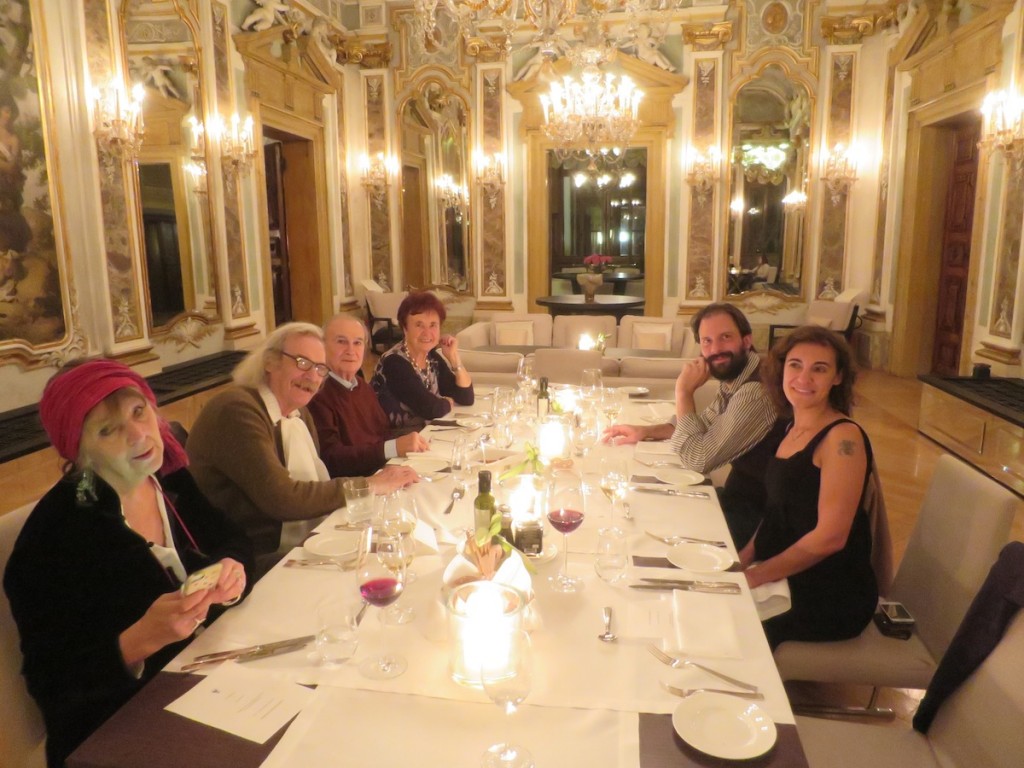 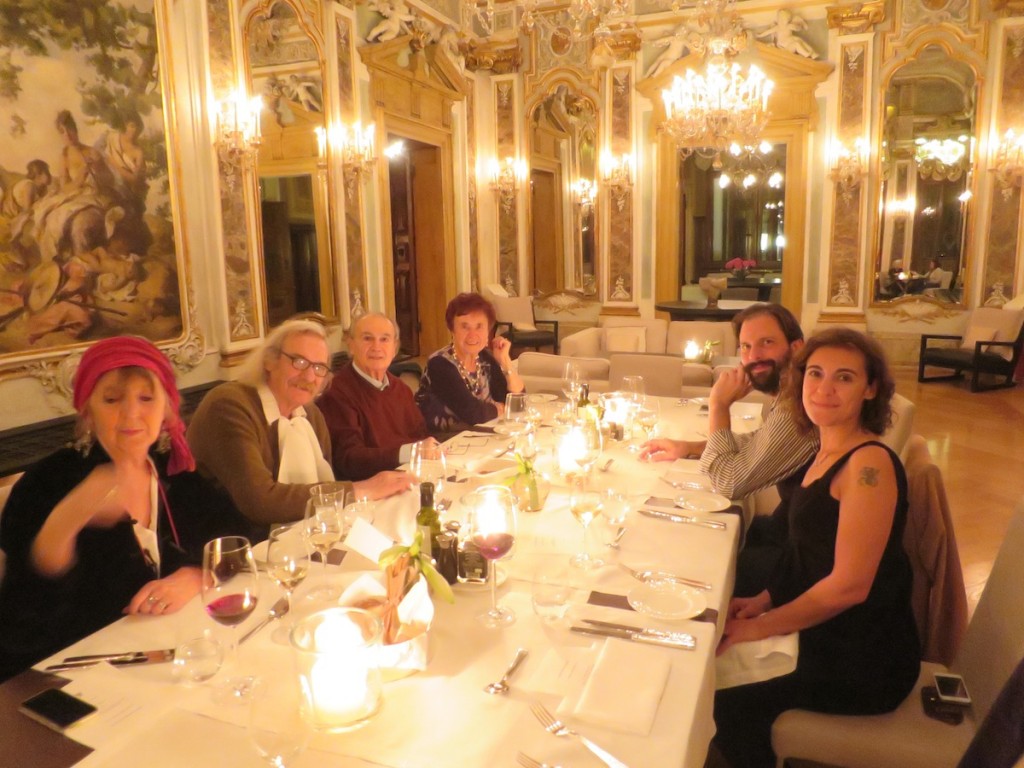 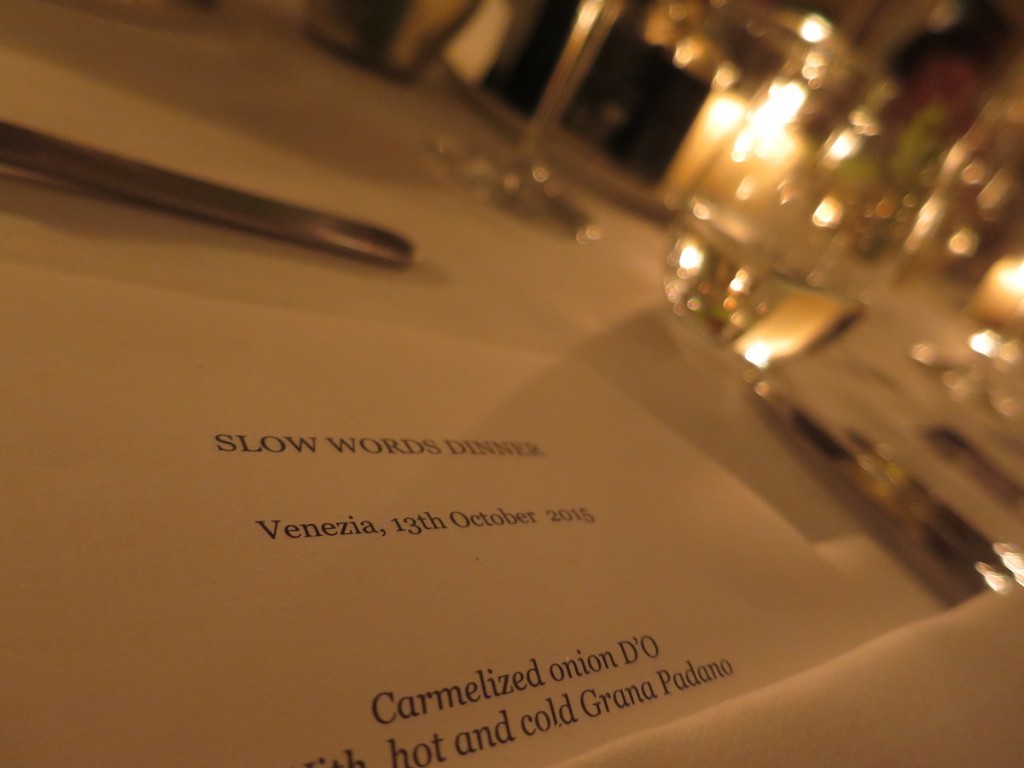 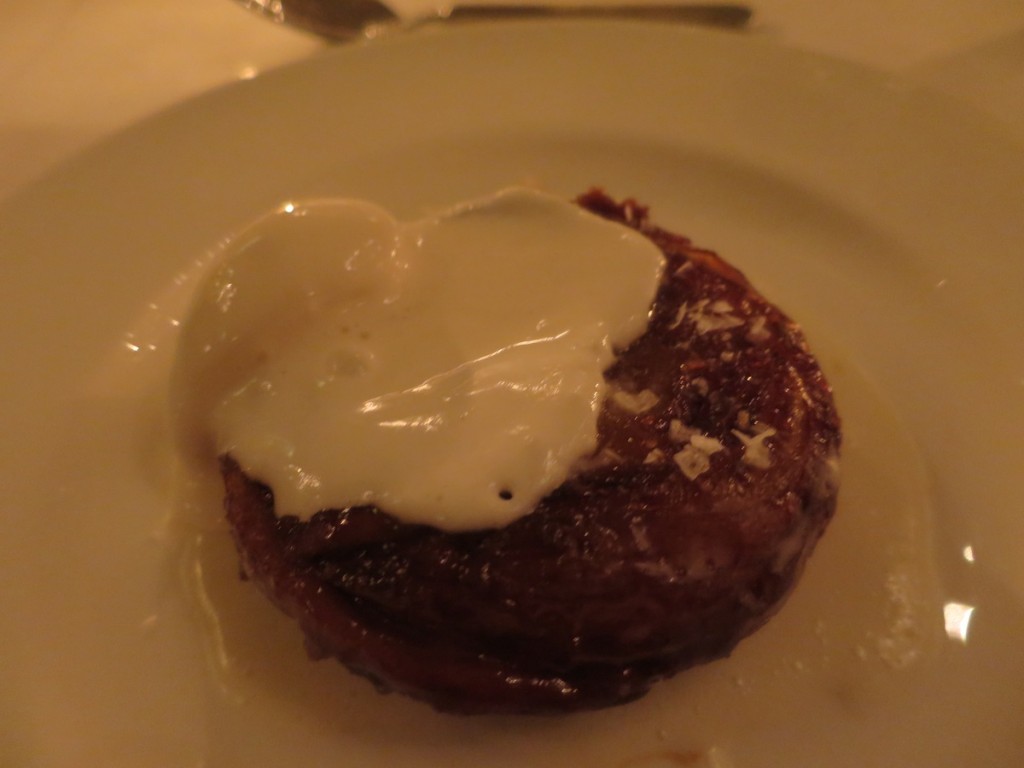 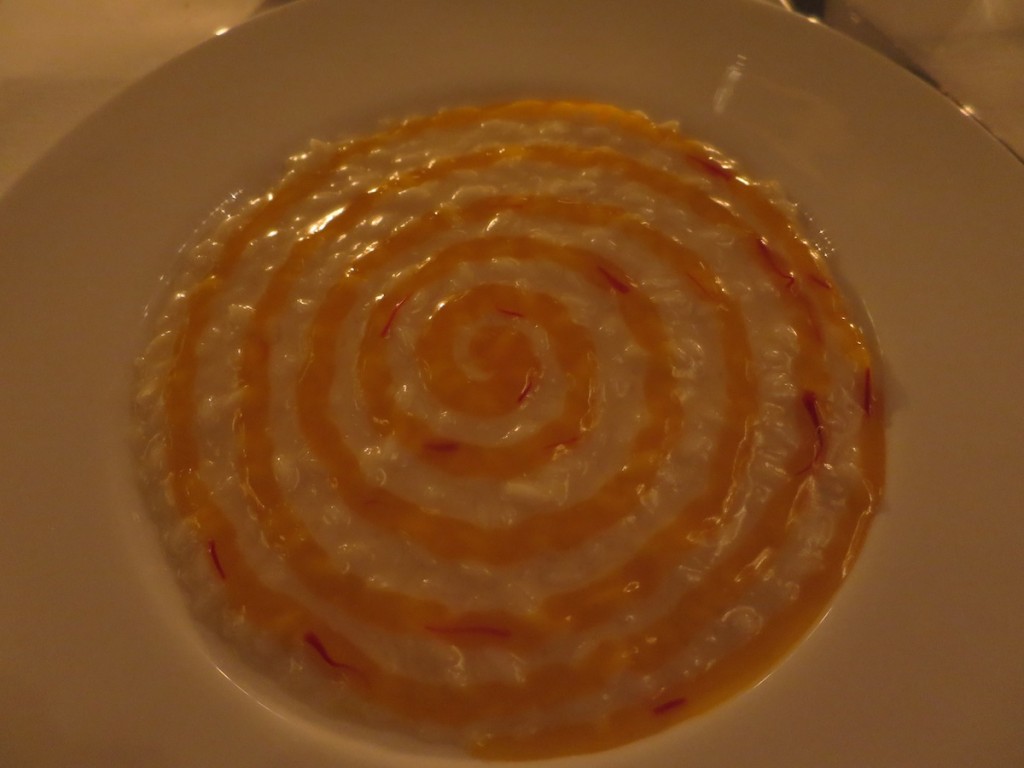 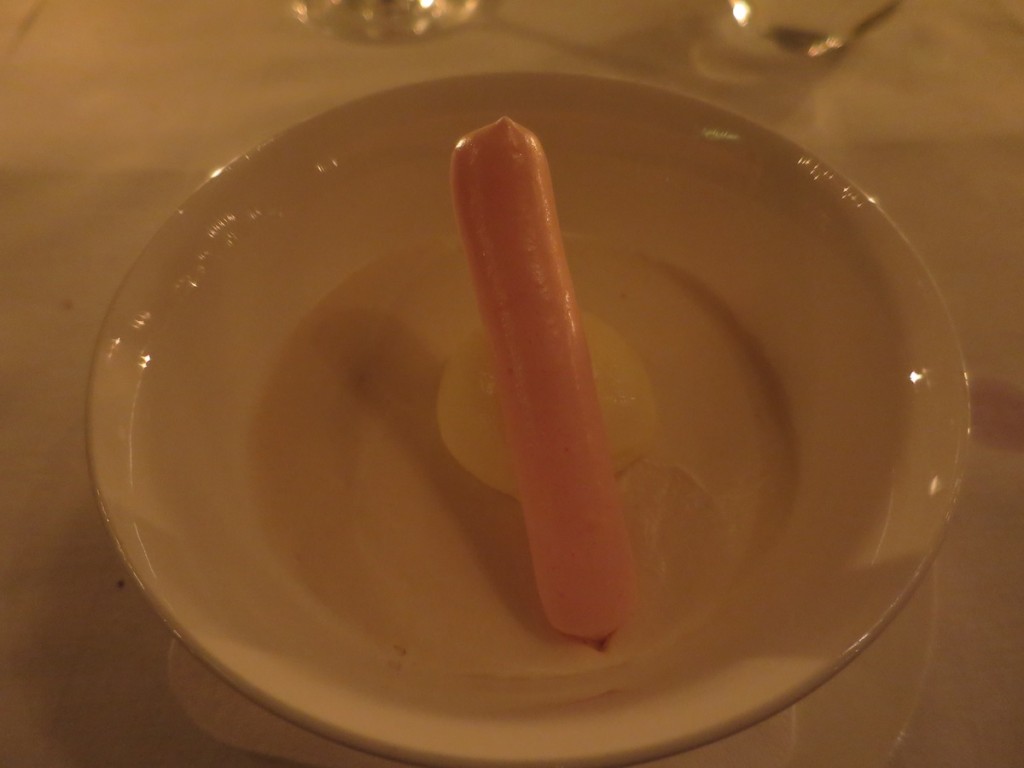 “Poetry is a mean, a tool for the resistance and the revolution”

“It is needed we take out our words from the drawers, after we left them in there to sediment: we do need to exchange them with other poets. One, two, four poets meeting up and, up, a brigade is formed!”

“Many people say ‘I cannot change the world, it’s the world changing me’. I say: it is not like that, to resist is possible and is possible to become a moment, together with the others, to inspire a change. Poetry is like the sun, the sun of the fight.”

Those are some of the words – conversations and readings – echoing in us still after that in an hour or so, on Tuesday October 13, put all of us in flame, touching and bringing all of us along – we’re 50 – in the reading room and salon of a extraordinary XVI century mansion with frescoes signed by Giandomenico and Giovanbattista Tiepolo – Palazzo Papadopoli. Nowadays transformed in Aman Venezia, a seven stars hotel that hosted the third readers’ club of the blog you’re reading. It has been an unforgettable meeting between old friends – the poets Jack Hirschman (New York, 1933) and Ferruccio Brugnaro (Mestre, Venice, 1936) who have been hugging and recalling and reading together with Agneta Falk (Stockholm, 1946) and Maria Brugnaro who ended the conversation – moving and out of this world – by reading the Italian translation of Venice, recent Falk’s lines dedicated to the city hosting them.

While answering to short questions by Diana Marrone and Paolo Graziano (editors and founders of Slow Words), they offered a passionate and polyphonic reading that takes in account of the keen engagement of Hirschman to widespread Brugnaro poems in English (then they’ve been translated also in other languages).

Jack read his poems in English (among them, Vision, dedicated to the dead son, Oil Water and, without reading, the memorable Path) while Ferruccio read the same in Italian. Then Jack read Ferruccio Brugnaro (a poem that several years ago he wrote for the friend and the poet, Italian member of Beat Generation) that has been then told by Ferruccio himself in Italian.

Ferruccio read some of his more famous lines, among them Verde ancora Verde, Tutti Assolti this latter dedicated to the jury trial for the death of workers in the so called Petrolchimico (Marghera, Venice). These poems, being translated for the first time by Jack, have been read by him in English.

Agneta Falk read, among the others, two very touching poems, one dedicated to a young prostitute (Shivering Mountain) and one dedicated to the dramatically increasing price of rents and in general life cost in San Francisco, entitled Eviction. The audience was also deeply moved by the strucking lines of Gaza Eyes, whose drama is still, unfortunately, very actual.

On the table, at the end – the sun: after the reading, the dinner with poets offered by Aman and signed by Davide Oldani, has been served in the stunning and extraordinary piano nobile with its frescoed ceiling and the finest furniture. The sun was embodied in a saffron risotto made with aged rise and water. The orange texture released by the precious spice was laying down on the rise in the shape of a spiral and all of us recalled the sun of the fight Ferruccio was quoting earlier – not only for the exquisite old style flavour but also for the graphic effect. The incredibly tasty menu was also including a caramelized onion drenched in a hot parmigiano cheese ice-cream and a revisited tiramisu desert that defining it excellent is not enough. At the end of the unforgettable night, leaving the stuccos and the magic of the palazzo, the poets came back home with the water bus through the golden silence of Canal Grande night time. They were telling us about old recipes, stories of life and of love, anecdotes – in a world the magic real of Venice to who still has to live it.

For those of you in Pavia tonight, the poets Hirschman and Falk will continue their readings at 9 pm in Sala conferenza del Broletto (Piazza Vittoria) with the collaboration of Slow Words.