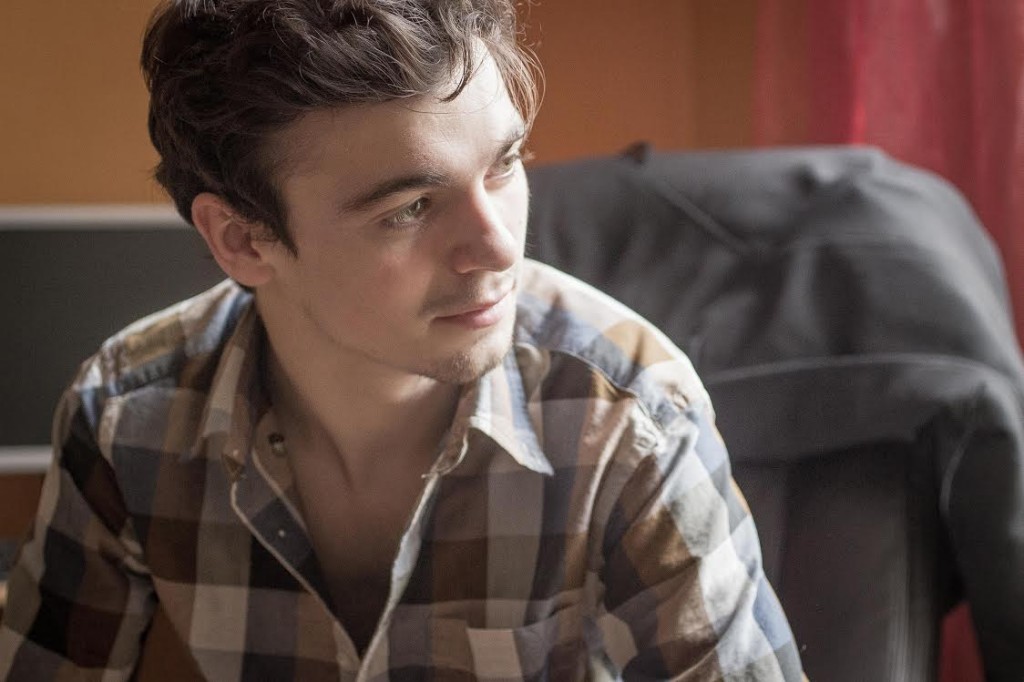 I grew in a city close to Paris, and then in Toulouse, in the South of France. After high school, I decided to get a master degree in political sciences, but did not really enjoy it. I’ve always had been interested in art, especially movies and music, and wanted to learn more to be able to do my own stuff. Then, I used all my free time to practice those skills. At this time I already had some experience in video shooting and editing, so I started my own small company at the age of 19. I used my studying years to start artistic projects and learn more and more. I made some movies, commercials and music videos.

I’m now working as a filmmaker and a musician in Paris.

You as traveller: which ways, which places and which needs?

What I really love in travels is the fact of improvising: that is why I really love hitchhiking. You set yourself goals such as “I want to be there in two days, and in this city in a week”, but you don’t really know if you are going to make it or not, and even less HOW it is going to work. Sometimes you change your goals thanks to some advices that people gave you. Sometimes, you are not able to reach your destination, so you just improvise and go to places you could not have imagined.

For now, I hitchhiked a lot in France, and went to Istanbul with a friend through the Balkans. Last summer, I decided to go to Morocco on a whim. At the beginning I was just supposed to meet a friend in the west of Spain, and then I chose to continue traveling. I did not have a lot of time, so I really rushed and made 2500km in 5 days, passing through Portugal. Unfortunately, I did not manage to reach Morocco and had to stop in the South of Spain. That’s part of the game: you are on your own, you don’t plan anything, you finally travel much more than you expected, you meet dozens of people. The most important is not the destination, but the path.

Together with your friend Dimitri, you undertook a travel from your city, Toulouse, to Istanbul three years ago, crossing the Balkans only by hitchhiking.

Today maybe things have changed a lot and the first question is: will you make it again? The second question is: what about the movie you directed (you also sign the sound design): is it an intimate dialogue or is it about to make of it an universal memento?

We would definitively do it again! Some parts of the trip were tough, but we had a lot of fun and lived so many random/unusual situations that will forever stay in our minds ! I would now love to travel South America. Dimitri is a much more adventurous traveller than me. He managed to make a Toulouse-Tokyo hitchhiking trip last summer (!!!).

The movie is both intimate and addressed to everyone. All those images are traces of what we saw during this trip: the best and the worse, sad and joyful things, beauty and ugliness, etc. I wanted to put people in the same emotional conditions as us during the trip; make them feel what we felt, see what we saw.

In a more “universal” way, I wanted to give people the will to travel and meet other persons. When you jump into a car, you never know who is going to be the driver. There are people that will give you some food, offer you a roof for the night, and others that won’t even speak. That breaks the social homogeneity we are used to, in our lives. You talk to persons that you would never meet somewhere else, and they tell you about their life, their jobs, their opinions on the world, etc. It gives hope: all those different people share enough sympathy and curiosity to be able to stop on the side of the road and help a total stranger. I find this beautiful and inspiring, and wanted to share it in this movie.

Can you tell us more about your next ‘life experiences’ where the subjective glance is used for storytelling?

I really want to travel to South America and make the same kind of movie. Years passed since I shot Hvala and I still like it, but I want to make a new film with everything that I learnt since then.

Which is the most important achievement after so many years, as designer and director?

While I was still studying political sciences, I spent almost two years working on a short movie. I had almost no experience as a director, and was supposed to lead a 30-people team. I’ve never worked so much in my life for such a long time, but we finally had the movie finished and managed to fill a movie theatre! It was both a very pleasant and hard experience, and even if the movie is far from being perfect, I’m really proud of the work we made there.

I was in the subway, listening to music. A girl was looking at me in a very intense way. She started to talk to me but I could not ear because of my headphones, so I put them off. Then she told me “You have a banana under your butt”. I stood up, and I actually found a pealed banana laying on my seat!!!

This was probably one of the most random and hilarious thing that ever happened to me.

Definitively the one that makes me dizzy during a meal, and sleepy after it.

I’m reading the “Joyful Science” from Nietzsche, so people think that I’m smart when I take it in the subway. Ah ah!

I use to stay awake very late at night, when everybody sleeps. It’s relaxing, and it is a very appropriate moment to do all the things you can’t do in your life. That’s probably the only moment that I take for myself everyday. I actually composed a whole music album like this. The only bad side is when you have to wake up and go to work the next morning.

That I still have to learn more !