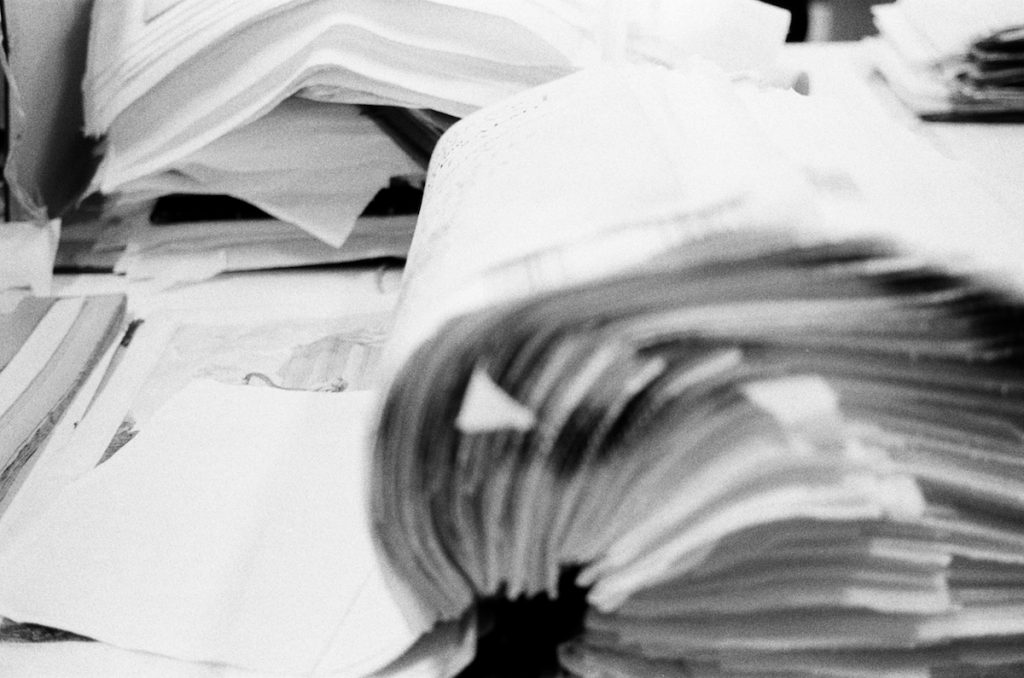 With The Fall Of The Tide: Recovering The Manuscripts Of Conservatorio Di Musica Benedetto Marcello

The Sea is History, Derek Walcott

The acqua alta alarm wakes me up at 5.46am. It is the third morning in a row. I am annoyed. Attempting to block out the invasive trill of what sounds like an air-raid siren, I turn over and bury my head in a jumble of unfamiliar pillows (it is a rented apartment). I scrabble for my sleep-mask to block out the splintering of ashy light from outside. Venice is waking up. Waking up from the world’s worst hangover, from the second highest acqua alta on record.

On Tuesday the 12th November, locals prepared themselves for an expected bout of autumnal sogginess, known as aqua alta. Venice, the floating city, ‘that paragon among landfalls’ has grown 1 somewhat accustomed to coping with the flooding that occurs each autumn and spring. Residents can be plucked out of the crowd via their thigh-high waders, whilst ground-floor dwellings have the appropriate metal door guards and flood defences. So for the most part, it’s business as usual.

Tuesday’s aqua alta was anything but usual. Following the bucking of trends that seems to be an increasing condition of modernity, (think: climate change), stormy weather conditions worsened an already extreme high-tide, causing waters to reach 1.87 metres. ‘The Tuesday forecast only showed the high-water reaching 1.45 metres’, a shaken shopkeeper told me as she arranged her collection of damaged ornaments, resting naive and hurt, onto elevated steps. Proving her point, she rocks an antique cabinet — a very venetian, very quaint cabinet, with wood-carved scrolls and pearled detailing — onto its front-legs, exposing its warped back, collapsing like the hunched and wrinkled shoulders of an exhausted resident.

The library of the Benedetto Marcello Conservatorio is one huge warped antique cabinet, but worse. It is a historic loss. Housed in Palazzo Pisani Di Santo Stefano, a palazzo built in 1614-1615 and itself established in 1876, the library of Conservatorio Di Musica Benedetto Marcello exists on an enduring timescale unfathomable to us mere mortals. It has seen the unification of Italy as a nation-state, the relentless corruption of the Mafia, the infamous, brutal Fascism of Mussolini and yet it is the seemly passive seeping of the rising tide that has lead to its devastation.

The prestigiousness of the library’s collection requires little explanation. Home to original works by Mozart and Vivaldi, ancient instruments and objects donated by Wagner, the collection is blatantly a keystone for musical heritage. It has been stated that the library is at a ‘current consistency of about 55,000 volumes, which places it among the most important Italian music libraries’. It’s ‘scaffali’ (shelves) foster an abundance of literature, ranging from ‘theory and treatises’ to ‘scores and scores for study and performance’, amounting to a collection of ‘almost 5,000 manuscripts and over 3,000 ancient editors from the 1,500 to the early 19th century’ . In terms of the damage, it is thought that the first and second scaffali are lost, roughly 1/4 of the collection, as they were closest to the ground and thus the high water.

Where possible, these leaves of cultural memory, these manuscripts, are in the process of being recovered. When I visited the Conservatorio the following Thursday, reams of sullied paper and music sheets, spliced with what looked like kitchen-roll, were piled across every available surface. That day, a different tone filled hallways usually brimming with the gentle echo of a far-away pianist, practicing blissful and lost within the gilded labyrinth of Palazzo Pisani. That day, instead murmurs of people moved soggily and concerned across hollow stairs and hallways — the murmurs had a music of their own though. Following the floods, so many individuals — from specialists in conservation to local, compassionate Venetians — had come to help recover the papers, that many people actually had to be turned away. There is a resilience rising against the tide in the community of Venice.

Most mornings, I am still woken up by the acqua alta alarm. Most mornings it upsets or annoys me. But it doesn’t upset me the way it used to. The irreversible damage that occurred at Conservatorio Di Musica Benedetto Marcello on Tuesday 12th of November is exactly that, irreversible. The alarm has become an audible reminder of the pressure that we face as communities both in Venice and across the world — about our own rising tide. It is quiet, it is seeping but soon it will be at your doorstep. Listen to the alarm.

The author read about Slow Words thanks to our interview to We Are Here Venice. She sent us this short (real) story on December 10, 2019 (picture is by photographer Kira Wainstein)