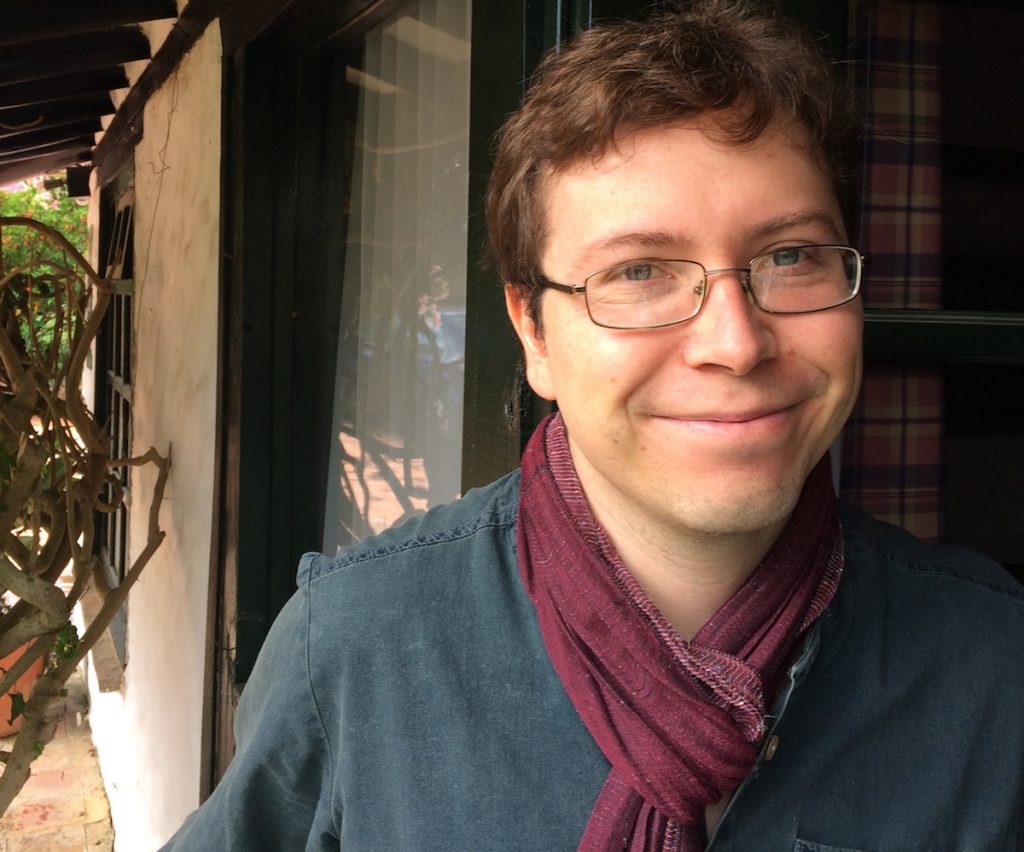 Your life in a few lines, especially starting from the childhood and the choices you’d already feeling to take in that age

I was born in Bogota, Colombia. Since I was a little kid I was enchanted by music. First, rock music and later on, classical music. Very quickly I got tired of playing other people’s music and I started composing my own. It became a passion. Therefore, after completing my guitar studies in Colombia, I decided to come in 2009 to France to study composition.

How would you describe the Colombian classic-contemporary scene, from your side (the one of the composer) and which striking parallel you could issue with the French one?

Well, I’ve seen the Colombian classic-contemporary scene mostly here in France, so there you  have mixture of both. There’s a whole generation of very interesting and talented Colombian composers who came to study to France. Even though most of us have followed the same academic background (Conservatoire de Paris, IRCAM), I think that there’s a very rich variety and some striking music personalities.

What about fundings for research, if I might ask also this? And what do you think about the private funding and therefore foundations and patrons who always help young composers with special awards or sustains them by commissioning new works?

I think that there should be more funding from public and private institutions. It’s actually very tough to live as a composer of contemporary music, specially when you’ve just finished your studies and you get into the “real life” outside the conservatories. At the present time, culture is completely dominated by that of easy-listening and entertainment, and I think that funding and commissioning new works from young composers are becoming rare these days. Thankfully, there are foundations, patrons and festivals (such as the Biennale di Venezia) that are still interested in programming new music, but it’s an exception to the rule.

Your elective instrument is the guitar – either classic and electric. You will not believe to this, but once asked about the talent they would have, the 99% of our interviewed ‘people from this world’ would have loved to play an instrument and most of them the guitar.

Which is the ultimate reason you’d chosen this instrument and which can be the choice if you are called to have it now? Always the guitar?

I grew up surrounded by music: classical, but especially rock from the Sixties and Seventies. There was always a guitar at home and my father taught me the very first chords. So, in the beginning all I wanted to do was to play the guitar like Jimi Hendrix, Eric Clapton…The guitar became an obsession and later on I discovered, through the practice of the instrument, other musical genres. It paved the way to explore contemporary music and composition. It’s such a versatile instrument! I would definitively choose it again.

I think that I can share my own cultural background with others. What I love from a multicultural city such as Paris, is the fact you can interact and meet people from all over the world. For an artist this exchange is very precious.

A secret place where to hide when you like to slow down a bit?

I don’t have a specific hidden or secret place. However, if I want to slow down, I would go out for a walk and wander the streets of the city.

A talent you have, the one you miss?

I don’t know. It’s not easy for me to speak about my own talents, if I have. I would rather say that I’m a very disciplined and persistent person (when I’m interested in the topic, off course!) and that I have a lot of curiosity.

I don’t know exactly where, but I hope I will still have the same curiosity and necessity for creating music. I would also like to develop composition and pedagogical projects that would somehow involve my country of origin.

Even if you’re still young, what did you learn so far from life?

That knowledge and experience comes from unexpected (and sometimes difficult) decisions.