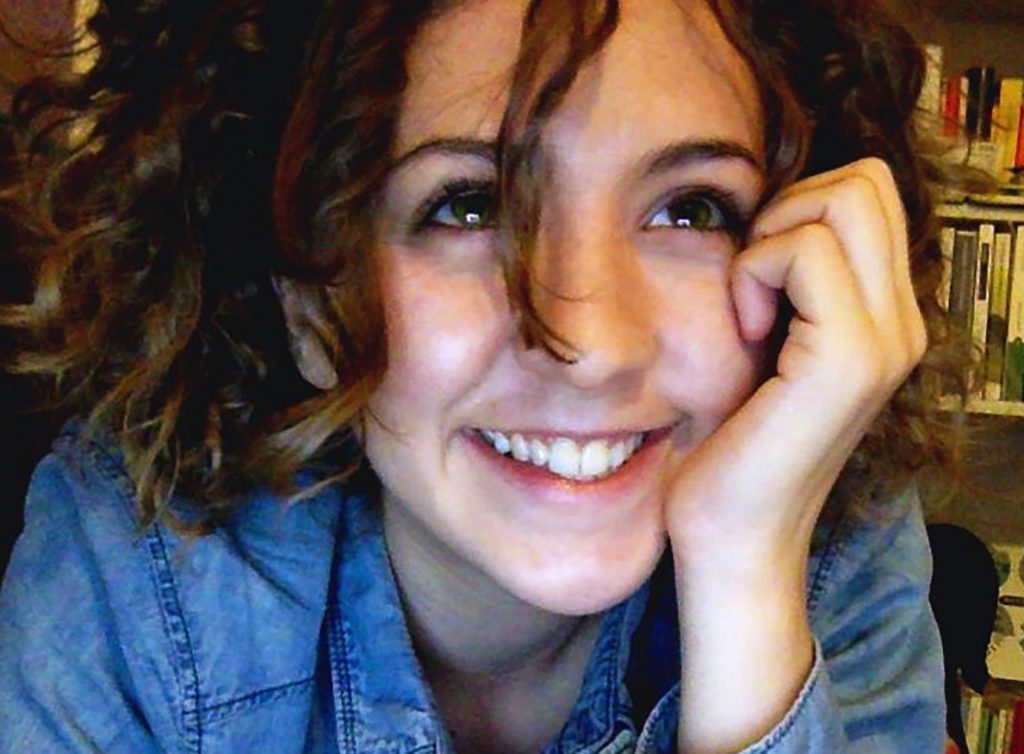 Your story in ten lines – or in a few more

I was born in Penne – a village deeply rooted in Abruzzi region. I got convinced, nomen omen (the name speaks for itself) that the pen is my tool. During the thirteen years in which I got this ‘awakening’, I also got aware about technologies and their progress. I so started to betray the pen with the keyboard. And this happens always more often. It becomes my obsession. While the obsession grows, I am able to move in Milan and to get a degree in economics. Mea culpa. I regret: about economics, not about Milan – the city kidnapped me and I so started to tell even its most meticulous detail and the most peculiar manias. At the present moment, I am host of a co-working site and I deal with communication, beside to write stubbornly.

Which kind of reader are you? Which are your places, your ways, your tastes and, why not, do you also read literary magazines while you write for your blog?

I read a lot, but nowadays I have a disordered relation with reading. Once I was a maniac. I was reading a book per time from the beginning to the end without rest, without pauses, without exceptions. Today it happens that I read three books at a time and also that I do not read for weeks.

It happens also that I have to rescue some books from the shelves – the most important ones, in the middle of the night – only to cuddle with them. So, I am a distracted reader. I love very much to read at home and with daylight. I read almost only fiction.

Speaking of readers, for which kind of reader are you writing your blog? And which kind or readers do you have if they’re different from the previous ones, the ones you’ve imagined for…?

I actually never had that in mind. One writes and tells herself that she writes for everybody. But, at the end, it is not true. I’m certain that you write for somebody who is not here. As much as I know of my readers, I think that they have in common a great cognizance for the small things.

Which kind of encounters do you have while working? You a writer for the half of your day and for the other you deal with contents and relations so you will not suffer the typical solitude of the professional writers…

My work hardly limits the time for writing. Above all, it limits the times of emptiness, of thinking, of meditation. On the same time, working allows me to meet people and languages that are crucial for what I write. If I would suddenly stop working, I will maybe change also a little the way I write. The reason is that what is outside us regards us, always and anyway. I miss the solitude of the writer, even so. Being lonely is not at all an easy task but when you leave yourself inside the loneliness there is a moment in which you seem to slide in another dimension, a place where concentration and listening are very powerful, a place that is with no doubts beautiful even if very hard to live within.

I do not have a literary agent. I think it’s important to find one when your project reaches a certain level of maturity. I imagine the agent as a character coming from the old times – wise, maybe with moustaches, and above all calm.

What do you give to Milan?

My glance. The act of belonging to. My love. And above all my anxiety – in plenty. If the city could take them all, it should take them as anyone before. I love this city, its irrefutable power and its undeniable weakness. It’s a city awfully full of poetry. I try to give it back gratitude, by telling its details.

What Milan gives to you?

A centre. A place where to return. The stories of the people. The night. Milan is working all days long to deliver incredible nights. Milan gives me the certainty that things will never stop to happen, that you always find the way and that there will be always something to tell.

A nice thing happening recently to you…

I’ve just received a long letter (almost) of love from an unknown.

Pizza, but I have a sort of perversion also for dumplings. And then there is the Sachertorte: the oblivion.

Which wine or drink you cannot have far from you?

Vodka. Always and forever. Even if the ‘milanesity’ (and the age) added good beers and spritz to my list.

La Vie mode d’emploi by Georges Perec, but many others are my companions in the last years. Over all, I get in mind now Il mestiere di Vivere by Cesare Pavese (we got inspired by it by founding Slow Words!), the texts by Harold Pinter and the Erik Satie’s Gymnopédies.

Can you tell us something about the writing on your desktop now, or on your notebook if you still use it?

I have to confess that I do not use so much the notebook anymore. On the desktop, at the moment, there are several drafts of short stories, a letter to God, some articles and a novel written in its half. I should tell you more about what I fear more: the novel. It is a very easy story that will deal with loneliness, the Dark and the very amusing psychosis anyone is dealing with, at least for a while, during his life.

My gift is surely a great capacity to summarize. And, for sure, I lack patience, the talent I love more.

Which are the methods to live slowly?

I’m from Abruzzi, I have an atavistic slowness. I think, anyway, that a good method to keep it along the time passing it is to learn how to breathe and the trick to do not take appointments before 10 am.

Speaking in theory, I learned that you have to live always very attached to the degree of self-awareness you’ve reached. And that you do not have never to cheat: nor with your nor with others. And I also learned that you have to listen to yourself, and that you have to believe to yourself, and also to give yourself time. You need to heed your line of low resistance, as Fruttero (Carlo, Turin 1926-2012, Italian writer, translator, journalist and editor) would tell, by going ahead and by never deserting. This is, as I stated at the beginning, just in theory. Practically speaking I still have to learn something.