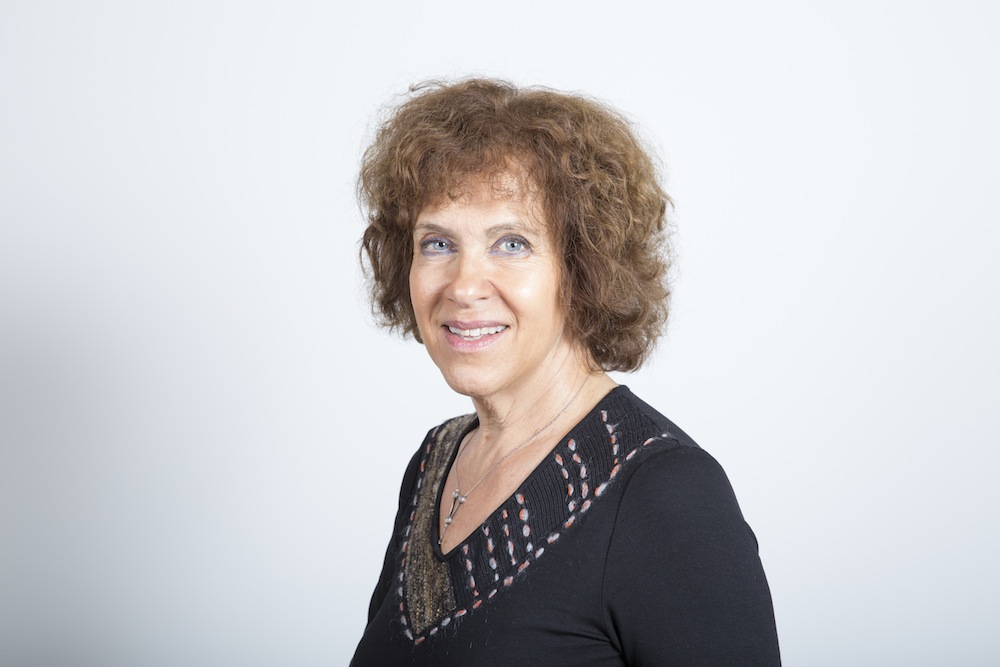 Your story in few lines, starting from your birth, your family life and childhood.

I am the granddaughter of Ali el Ghaïaty, a nationalist Egyptian who fought for the independence of Egypt between the two World Wars, and of Lucienne Jacquemot, who became Aïcha el-Ghaïaty, a Swiss woman born in La Chaux-de-Fonds. My mother, Jamila el-Ghaïaty, born in Geneva, married my father, Ibrahim Moukhtar el-Wakil, in Egypt. My father was born in Mansoura; a city located in the Nile Delta, and was sent for to complete his Master’s studies in Manchester for three years. Trained as a journalist, he became Director of the Arab League bureau in Geneva in the sixties. We moved from Cairo to Geneva when I was three years old. It is where I grew up and completed my university studies. My family was open and cosmopolitan, mixing Egyptian and Swiss cultures: we would speak a mixture of Arabic, French and English. I remember being looked at as an ‘Arab foreigner’ at school at a time when Geneva was not as open as it is now. When it came to choosing an academic field, I was very attracted to architecture – mostly to distinguish myself from my parents, who were both Humanities graduates. However, the school of architecture happened to be closed on that very year, and I ended up registered as a History of Art and Latin student. After a year, the Architecture department re-opened and I pursued both curricula in parallel – which explains my particular involvement in the field of history of architecture and my engagement in conservation and restoration.

Conservation, protection, re-discovery – through new semantics – of objects, buildings and the public realm: which part of your research approach challenges you the most?

Before engaging in an academic career, I worked for almost three years at Claude Jacottet’s architectural firm in Lausanne, which was linked to ICOMOS and implemented strict conservation principles from the Venice Charter. Most of the projects dealt with historical buildings and monuments, and I learned the precision and respect such restoration projects demand. This attitude of respect for what is built has remained in my academic research. I have long studied local and regional heritage, which was almost unstudied at the time. This documenting work is generally the first step towards conservation – which also motivated me to study the works and thoughts of the Egyptian architect Hassan Fathy. Actually, I consider historians of architecture to have a more activist role in safeguarding valuable buildings, neighbourhoods or cities. Next to my academic activities, for instance, I participated in referendum campaigns in Geneva to preserve the Ariana Museum, the Metropole Hotel, and, currently, the Museum of Art and History, and also launched the NGO Save the Heritage of Hassan Fathy, which is still active at the moment.

It’s in my heart to share my passion and knowledge about the history of architecture with my students of all levels. I mainly teach about safeguarding in the Master of Advanced Studies in Conservation and Museology. Students are now very conscious of the environmental challenges, and many of our discussions focus on the re-discovery of appropriate and reasonable solutions developed in the past.

Salon Suisse is extremely flexible to any cultural demand in a place as dense with history as Venice, particularly during the Biennales. It is the only space in the city that offers a platform for a permanent dialogue throughout the duration of the festival. How will you design it in tandem with Reporting from the Front, the general theme of the 15th Architecture Biennale?

The warrior-like title given by Aravena illustrates the tense climate in which architectural questions should be understood today. One of the main problems is the huge social gaps that characterize the current world. On the one hand, star architects are hired all over the world to construct for the wealthiest people, while on the other hand millions of poor people live in undignified conditions. In this Salon Suisse, I want to emphasize the social responsibility of architecture towards the most disadvantaged by offering a space where the many Swiss and foreign architects engaged in constructing a better world can share their knowledge and experience. It will provide us with an opportunity to exchange ideas about innovative ways of building and to have a dialogue with the public on issues that concern us all. Salon Suisse 2016 will report from the front of building for and with the least advantaged by highlighting the potential of traditional techniques and rediscovery of know-how. It will promote a view of architecture as a source of empowerment for humanity that goes beyond cultural rifts.

Words are not neutral for you, given that you also find the time to inform others about culture and patrimony on your blog (hosted by the online version of the newspaper La Tribune). In one of your most recent posts, you quote Ruskin. In particular, about the risks faced when facing blind commissioners and the worst ideas regarding the care and maintenance of buildings (and of cultural assets). Will you deal with these issues at Salon Suisse?

These issues might be relevant for discussing the lessons given to contemporary architects by the ancient ways of building. I am convinced that in each domain, we all have to learn from what is described as “tradition.” Those who try to annihilate the past in favour of so-called modernity have certainly chosen to engage in a battle that leads to the impoverishment of humanity. The keys to the future are to be found in our history. I hope the Salon Suisse will give us the opportunity to evaluate old buildings from the perspective of the richness of their resources. However, I mainly want to use the opportunity of being part of the Venice Biennale to engage practitioners and users of architecture to think differently about future building culture.

Concretely put, what are the parallels between Switzerland and the Middle East in your teaching and in your architectural and modern art research?

My most profound motivation for studying both contexts is mostly biographical, and emerges from a desire to contribute to my two homelands, Switzerland and Egypt. But links do exist between the two countries in terms of architectural practices. From the colonial period on, many exchanges have taken place between Europe and the Middle East in general – with architects traveling abroad, techniques being developed in different places, and trends circulating from regions to regions.

How is hard to start and keep on as independent researcher and professor today in your city, and/or in general?

As the academic milieu is a closed and very competitive world functioning through cooptation, in which a homogeneous way of thinking predominates within the disciplines, I have found it challenging to promote some of my original ideas and ways of questioning the world of architecture. Thanks to an opening occurring within a global context, it has become easier to develop more free, counter-cultural and alternative methods of research.

What is your most important achievement as a researcher (as a teacher you’ve been awarded in 2012 as best in your field!)?

Every step has been an achievement in the long academic career I now have behind me; but the thing I am now thrilled about is the forthcoming publication of the book on Hassan Fathy in English with the American University in Cairo Press. This translation should then be followed by an Arabic version. I am particularly happy with these developments, which will allow more interested people to access the ideas of the ‘naked-footed architect’ who devoted his life to constructing for the poor.

Describe a fantastic happening you have had recently?

I recently discovered the beautiful city of Yazd, in Iran, after participating in a conference on troglodytic architecture in Tehran. The city is breathtaking: its yellow raw earth buildings appeared to me as forming one of the ‘invisible cities’ described by Italo Calvino. It represents one more proof that ancient techniques are still perfectly relevant today: while it was about 40 degrees outside, fresh air was circulating under the wind catcher of the Dolatabat Garden.

One of my specialities are Kofte or Arabic meatballs. Roll minced meat with minced onions, garlic, parsley, curcuma – and so on – to shape perfect tasty balls. Cook them slowly on a low fire with tomatoes in a large pan. Serve with long-grain rice to your many guests. There you are. Paradise on earth.

What is your favourite wine or drink?

Cold Karkadè – an Egyptian drink made out of hibiscus flowers. Or Omar Khayam, an outstanding Egyptian wine.

What music or books are with you now (and on which kind of side table or desk does the book rest)?

The tango music CD “Unforgettable Turkish Tangos” is playing, and the book Da Gorizia all’Impero Ottomano: Antonio Lasciac Architetto, edited by Ezio Godoli, lies on the living room table – a coloured coffee table I received as a gift from my dearest friends.

How do you try to live “slowly” in a city such as your own?

Geneva, where I mostly live, is quite a hectic city, where waves of people converge each morning to work. As a researcher, I try to keep away from the noise of the city, taking refuge in libraries and books, saving time for reflection, time for writing; thinking is a slow process.

What is a talent you have – and one you lack?

I definitely have perseverance, and I probably lack patience.

I hope I will be reporting from the winning front!

To never give up.