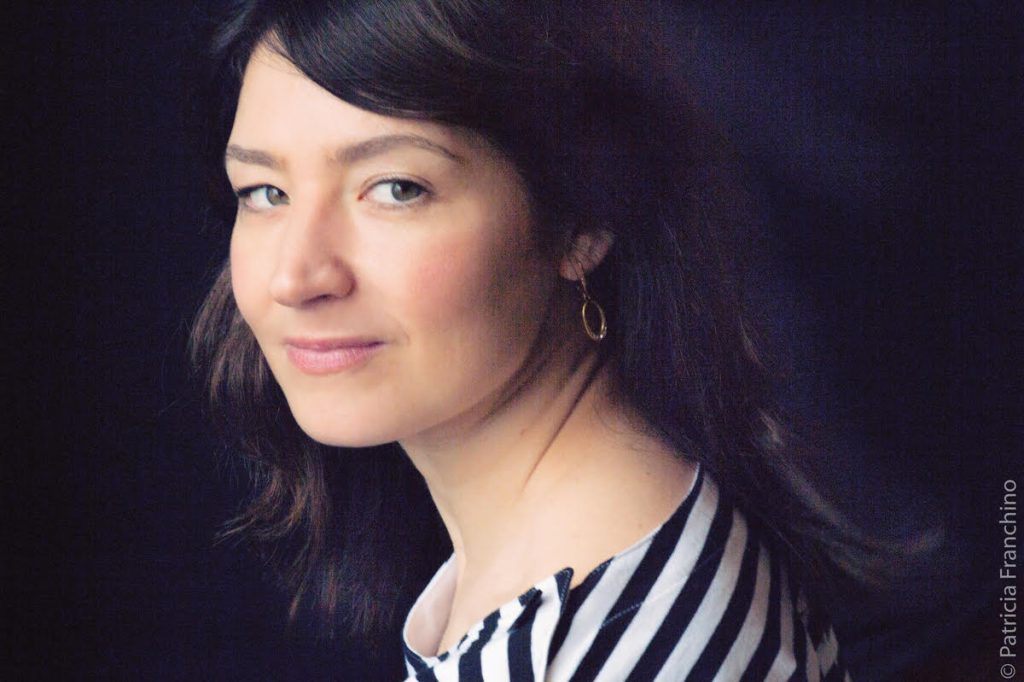 Soon in the world cinemas (starting from November 20 in France) Amanda is a ‘necessary’ movie.

We’re continuing to dig the universe of the female writing ‘touch’ for cinema and today we meet Maud Ameline, the Amanda screenwriter.

On competition at Orizzonti at the last Venice Movie festival where it premiered in August, Amanda was the French movie to get the longest standing ovation at the third festival day. It is based on an original screenplay written by the director, Mikhaël Hers, and by Maud: a fantastic fresco of the city of Paris (‘with all its electricity’ as the director told during the q/a with the audience), terroristic attacks included. The levity of the touch of either the direction and the writing allows the audience to travel just beside the characters as never enabled before – two very troubled but singular and enchanting young humans sharing an enormous grief (the lost of Sandrine after a mass-killing, she is the single mother to Amanda and the sister of David) who’re ending to form a new family.

Themes like the unwanted paternity, the wished maternity, or about kids whose upbringing was full of untreatable pain and the resilient aptitude to treat terror as one of the subjective people-to-people visions are all starring in the movie.

This film recorded a great acting proof either of Vincent Lacoste/David and of the little Amanda/Isaure Moultrier. The audience was giving more than 5 minutes of final applauses.

Amanda is not a political movie (only four are the scenes in which you can assume there is a hint of political topics, but the plan of the action where they’re located is on a not at all necessary level) and is not a movie about terrorism.

It is a movie on a continued, uninterrupted act of love with an elected person (actually a person we did not chose but we’ll be called to chose forever) and a place. It’s rare, ineffable, irreplaceable.

I was born in 1975 in Paris. My parents divorced when I was 5 years old, I was a child and a teenager who dreamed of living inside a book or a movie. After studying literature and philosophy, I entered the film school La fémis in the screenplay section. When leaving school, the beginnings in writing were difficult. The first film I co-wrote and which was released at the cinema in 2012 is Camille Redouble by Noémie Lvovsky. Today I am a full-time screenwriter and I tell myself every day that I am very lucky to have been able to put the imagination at the center of my life.

What means for you a ‘necessary’ movie (can you give me an example?) and which is the state of art of the movie industry in France (it seems to us in very good health but I wish to focus especially on the kind of movies as yours)?

A”necessary” film is, for me, a film that comes to talk to the viewer from the bottom of his loneliness, which gives him the feeling that he is no longer alone, that the film has entered his life. A necessary film is a film that connects us more to the world. There are many and so many movies accompanying me that it’s hard to name just one. When I was young, several films came to look for me – I will never forget them: The shop Around The Corner by Ernst Lubistch, Stanley Kubrick’s Barry Lindon, The Four Hundred Shots by François Truffaut, Fanny and Alexandre by Ingmar Bergman

In France, we are lucky to be able to make arthouse movies. The National Center for Cinematography, which is a public body, aims to support art cinema away from market logic. It is essential to preserve this French cultural exception, it even helps foreign filmmakers who fail to make their films in their countries. Of course, we are afraid that the machine of globalization that crushes everything on its way crushes French cinema one day but we keep faith in the attention and love of our country for the cinema. The Lumière Brothers, Georges Lumière, and Henri Langlois were French – not for nothing.

Can you tell me more about your role as scenarist and the way you developed your original script with the director?

I met Mikhaël Hers when he had already written a first version of the script alone. Mikhaël is a filmmaker who has a type of writing that already feels to be at the stage of the screenplay. A musical writing. Nevertheless, he felt the need to develop his story, to take it further, especially to deepen the relationship between David, this young man, and Amanda, the little girl. Our collaboration began with discussions, during which we reflected and let our mind wander. After that, I went home and reworked the script alone, making proposals for new scenes, new structure. Mikhaël took the time to read and feel if these proposals were in line with the film. Most of the time, he validated them. We worked like that almost until the day before the shooting, since we retouched the scenario until the very last moment…

Can you tell us a bit more about the ‘distribution’ mix your team searched and obtained?

Right now, I’m reading and re-reading passionately the great author Alice Munro, who is a great inspiration. I listen a lot to the album Magnétique by the French singer Barbara Carlotti and Random Access Memories by Daft Punk.

This question makes me laugh! Pasta, of course. I ate some delicious food during my stay at the Venice Film Festival.

Let’s try to be lucid, it’s not easy to answer the question yourself. I have at least the talent of listening and observation, which seems to me very important in my job. The talent I miss? Serenity, self-confidence. Which are also necessary talents in this profession.

In ten years, I hope I still have a spirit young enough, keen enough to work (and live!) with freshness, with candor.

I hope that life has taught me to be attentive: to others, to what is happening around you … And paradoxically also to always preserve an interior space, the famous Virginia Woolf’s “room on one’s own”. Keeping this place to yourself allows, in my opinion, precisely to be able to empathize with others, because it is assumed that they too have their inner room, and just for that, they deserve our attention.