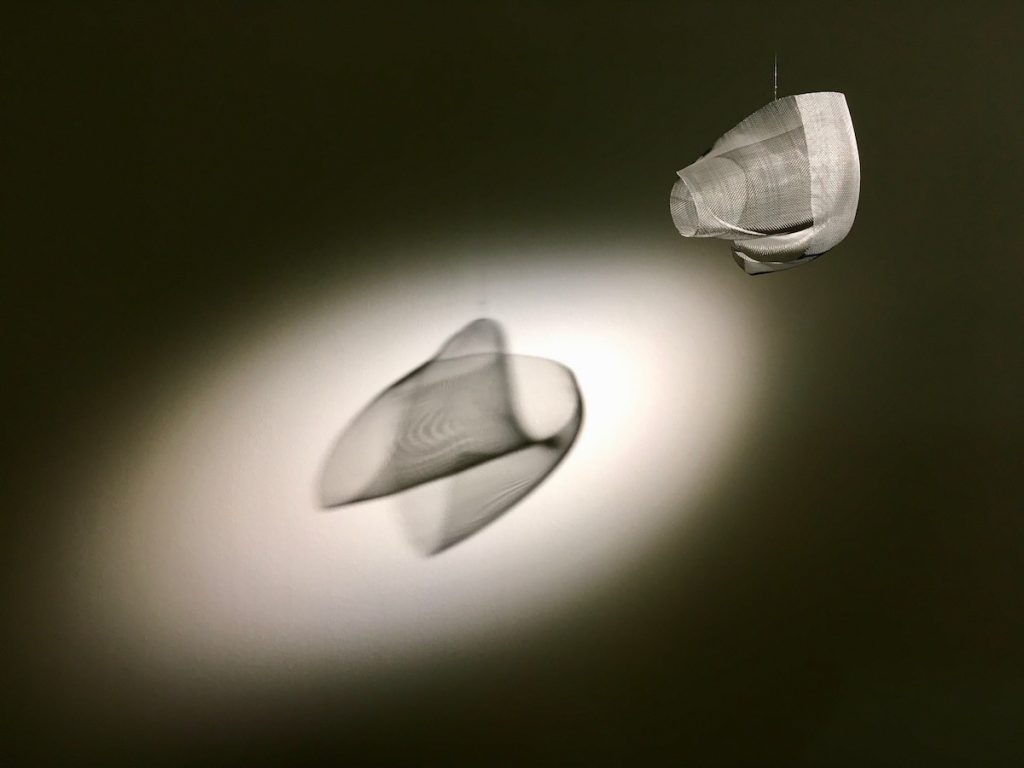 «Ended a romance made of ideal relationships, a story,

it is always in this way you defend the soul:

by magnifying your own defeat.»

«But for a soul you must have the pity

you feel for a child, an animal,

a creature who wanders alone

on the earth. Do not condemn a soul

if it makes these little falsifications

big as the whole mankind history!
It’s made to defend…don’t you know it? Exactly

with the Baroque of the New-Capitalism

And the souls, the poor innocents,

obey to the primordial mechanism:

they shelter in the wicked world

on the top of the columns of the stylites,

and there they accomplish pathetic operations,

their miserable escapes as ascesis,

their fears as contemplations.»

«The less innocent of the men cannot

of the soul stuck at the beginnings of the world,

and, believing itself free as a puppy

by its master, tries to find a reason

to survive, to the end of the world.»

On the cover: a mobile by Bruno Munari seen in Milan (ph. Diana Marrone)