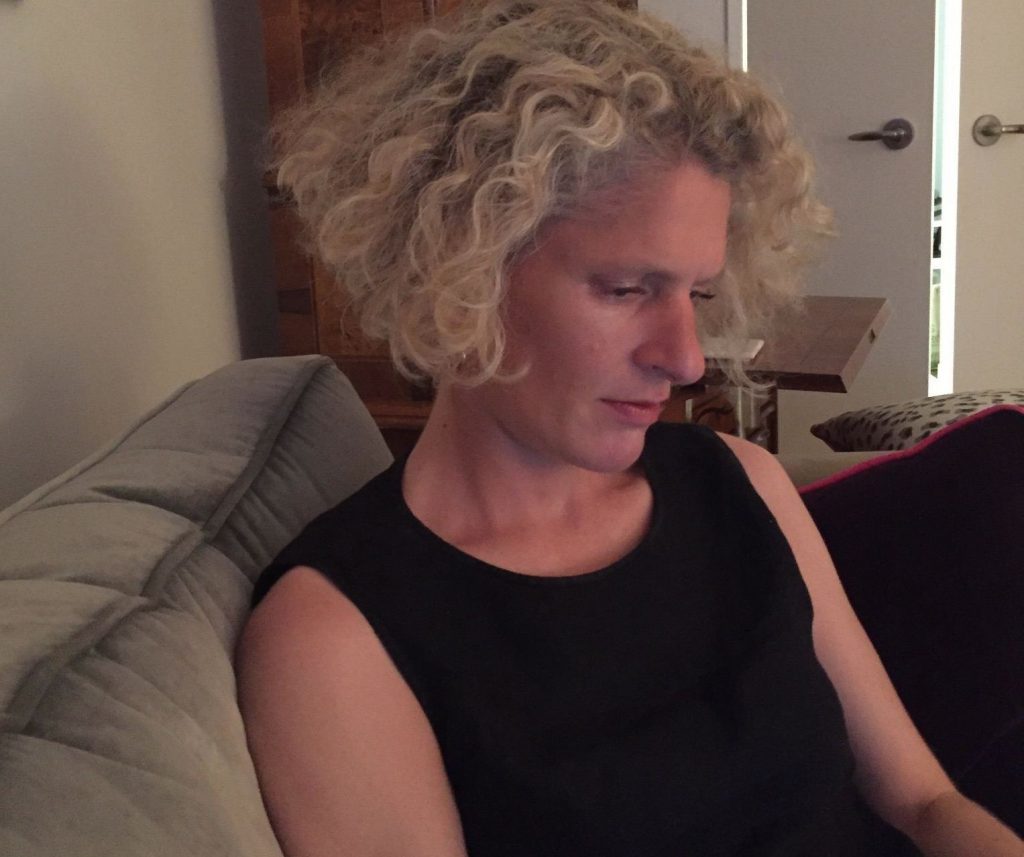 Your story in a few lines, really from the start (the birth, the family, the human choices)

I was born in Toronto, Canada to a German mother and Canadian father and I have three younger brothers. I did my undergraduate studies at the University of Toronto in German Literature and Renaissance Studies and a Master’s degree in German Literature in Freiburg, Germany. For a while I thought I might become a lawyer, and then a dramaturge, but by chance I landed an internship at CBC Radio after university and eventually became a producer. After about ten years at CBC I became the inaugural curator of Design at Riverside, the architecture and design gallery inside the University of Waterloo School of Architecture. More recently I worked on the Canadian Pavilion at the Venice Architecture Biennale (2010, 2012, 2014) and as co-principal, producer, and book editor on “The Evidence Room”, an exhibition about the architecture of Auschwitz that was in the Central Pavilion of the 2016 Biennale. If I had to describe what I do in a few words, I’d say I’m an independent arts producer, curator, writer, editor, and architecture advocate.

After you left ‘The Arts Today” where you’ve worked as editor and producer, you decided for the freelance life in arts producing. Any regrets? How do you organize your days?

No regrets. Occasionally it crosses my mind that if I’d stayed on staff at CBC I’d have a stable job with benefits, pension, etc., but then I realize I wouldn’t have had all the other amazing work opportunities and adventures – and I’d have certainly never had the opportunity to spend so much time in Venice, learn Italian, etc. I wouldn’t say that there’s a formula or recipe to how I organize my days – I just do what needs to be done when it needs to be done. The beauty of being freelance is I can take time during a weekday to meet a friend for coffee or go to the gym, and then work when I want. Sometimes I really like working evenings and weekends because it’s quieter.

Your interest is Italy in various forms is high and promising – the one for Venice in particular. How do you feel, if there are any, and weight the differences between freelancing in Europe, Italy in particular, and in Canada, given you’re spending much more time than before in Europe?

Freelancing in Canada is definitely easier for me since I speak English fluently and have years and years of experience and contacts here. So generally I don’t have to look for work – people just call me out of the blue with projects. Finding paid work in Venice, and Italy in general, is harder. I’ve managed so far by accepting freelance work from Canada that I can also do in Italy for periods of time. But I’m working on getting my German citizenship, which would obviously make it much easier to find work in Europe, and also on getting my Italian to a higher level (right now it’s mid-intermediate). We’ll see how things unfold!

What your city, actually Toronto, gives you and what do you think to give back to it?

Toronto is very multicultural and open to the world; it’s really affected my attitude to life. Really, you find people from everywhere here, and somehow everyone manages to keep their own cultural identity while at the same time being Canadian. Torontonians, and I’d say Canadians in general, are not just tolerant but actually welcoming of diversity—we kind of thrive on it. Because of this, it’s also much easier to be gay and out in Toronto than it is in Italy. It’s just not a big deal here because everyone has openly gay family and friends. Sometimes I forget what a privilege this is.

What do I give back to Toronto? I think an experience, attitude, sensibility, and way of being that is a hybrid between Europe and North America.

I’ve realized that while I will always have an internal struggle between the search for security and the search for freedom, I’ll ultimately choose freedom every time, even if I occasionally torture myself on the way to that decision! Of course, sometimes the two also come together, in work and in personal relationships—that’s the ideal situation. My most important achievement as a professional is “The Evidence Room” – the exhibition and the book. I’ve never had a project that was as meaningful both professionally and personally.

The music with you now and the book – or the books – you’re reading, we’re also curious to know where they lay down as well

I don’t listen to music when I’m working because it distracts me. But my music tastes are pretty eclectic and I often crank up ‘80s and ‘90s tunes and dance. At the moment I love the song “Drop the World” by Lil Wayne – it’s so aggressive and in your face. Books? I’m just finishing rereading “Man’s Search for Meaning” by Viktor Frankl, which is his memoir of being in a concentration camp. I first read it in high school and it had been on my mind again since working on “The Evidence Room”. I’m also reading “L’Amica Geniale” (My Brilliant Friend) by Elena Ferrante. I started last fall while in Venice but then got busy and put it down so I recently started from the beginning again. It’s kind of slow going because it’s in Italian and I still have to look up quite a lot of words. But I adore Naples so it’s worth it!

Steak tartare and prosecco (not necessarily together). Though I must admit, I’ve had so much prosecco in the past couple of years that I might be drifting back towards red wine. I also love an occasional Campari orange or whiskey sour. And sometimes nothing hits the spot like water.

Where do you see yourself in 10 years, not only geographically speaking?

I have absolutely no idea—but I never do. I imagine I’ll be doing something like what I’m doing now that involves Canada, Europe, and the arts.

Trust your instinct. Go for what you want. And take risks. I’d rather take a chance and fall flat on my face than let fear keep me from going for something I really want and then regret it for the rest of my life.

One Response to “Sascha, Toronto”