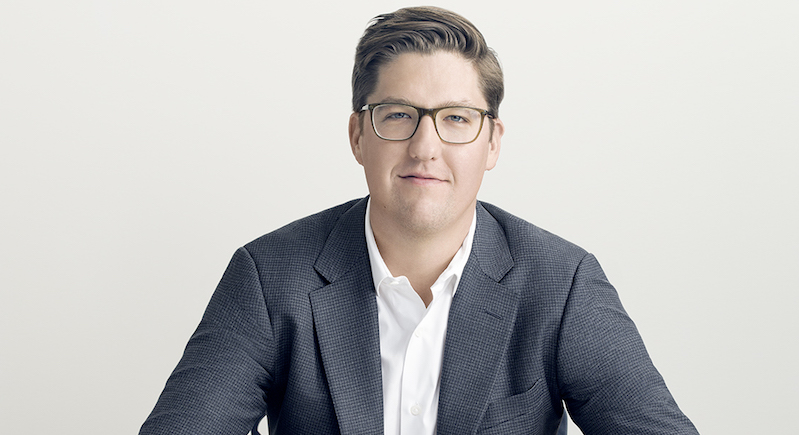 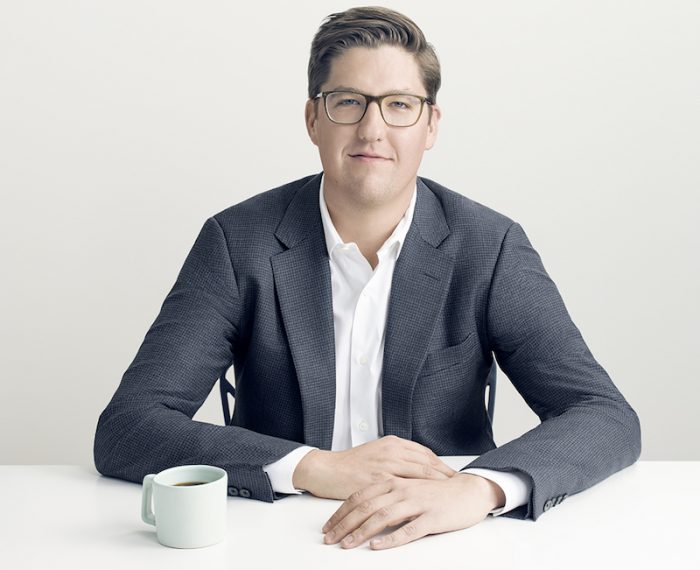 Welcome, Spencer, to Slow Words. Which is made of … interviews!

I wish to start by saying that you’re basically the only editor I read for interviews. It’s not because you’re the editor-in-chief of one of the leading magazines in design; it’s because you bring out direct feelings from—and create intimate conversations with—your interviewees, and because of the way you open your own perceptions to readers. You’re making design understandable and accessible for non-designers, but your work also appeals to the professionals.

Your life has been very adventurous—it was not always easy for you. And you’re only 33, if I’m not wrong! [To our readers who would like learn deeper details about Spencer, see his Wikipedia page.]

I’m curious of a hidden “detail” in your biography. You studied poetry in college. Is there still a place for poetry, read or written, in your life now?

It’s true! My undergraduate thesis at Dickinson, a small liberal-arts college in central Pennsylvania, was on “jazz poetry” within the work of the British poet Philip Larkin. Heady stuff! I’d probably cringe if I read it now.

I’ve stayed interested but not engaged in poetry since then. In a subtle way, I think it informs my journalistic writing and editorial work somehow. I still read poetry a bit, but don’t write it anymore. While in journalism school at Columbia University, I wrote a story about why magazines like The New Yorker and Harper’s continue to publish poetry, and in the reporting of that met the poet Timothy Donnelly, whom I later profiled for Poetry magazine—my first-ever magazine feature.

At Surface, we’ve published poetry only once. For the feature, which was a sort of celebration of Detroit’s designation as a UNESCO City of Design, we sent the photographers Michelle and Chris Gerard to photograph a bunch of the city’s major design landmarks—the Belle Isle Conservatory, the Detroit Naval Armory, Noguchi’s Hart Plaza fountain. We then sent an image each to a different American poet, to interpret the design and/or the photograph in his or her way. It was a beautiful story, and one of my favorites that we’ve published over the past five years. We probably should be running more poetry in the magazine!

Tell me more about The Diner, which Surface is bringing to Milan during the Salone del Mobile furniture fair this April. Are you planning to host Design Dialogues talks there?

I’m so excited about this project. I’ve known David Rockwell for nearly a decade now, and really admire his work on Broadway—the other night, I just saw the play Lobby Hero, for which he designed the set, and it’s so, so good. For The Diner, he’s reinterpreting the classic American roadside restaurant, and we’re using it as a platform to explore design in the U.S. now. We’re also collaborating with the firm 2×4, which has incredible clients like Prada, Starbucks, and Nike, and has been doing some of the best branding, identity, and graphics work around. Having brand partners like Design Within Reach and Cosentino is the icing on the cake.

In terms of programming, we’re still finalizing all of the details, but we’ll be announcing more on The Diner’s website very soon!

Has the Design Dialogues talk series been a integral part of your overhaul of Surface? Are they always New York–centered?

Yes, they’ve been a major platform for us. The first Design Dialogues I did was with Ian Schrager and George Yabu and Glenn Pushelberg of Yabu Pushelberg, right when Issue No. 101—my first as editor—came out. It kind of snowballed from there, and we’ve done more than 40 since then. There have been some truly special conversations. I’ll never forget, for example, being on stage with Julian Schnabel and Michael Chow on the roof of Soho House in Miami during Art Basel. Julian was smoking a cigarette and literally and metaphorically blowing smoke in my face throughout the conversation. It was pure character!

In your mind, what’s the current state of American design? Are there any U.S. design schools you admire? What about outstanding designers or companies there?

I’m so excited to say this because it’s actually true: American design is thriving!

In terms of design schools, I’m impressed by what Rosanne Somerson is doing at RISD. I also admire Mohsen Mostafavi, dean of Harvard’s Graduate School of Design. And I think MIT Media Lab has become the most interesting incubator for innovation in design education in the U.S.— Neri Oxman and Carlo Ratti, who both teach there, are brilliant. Stanford’s d.school is also sort of compelling to me, in theory, but I’m not sure I buy it. I’d like to spend more time exploring it to have a fully formed opinion. I think IDEO founder David Kelley’s whole “design thinking” thing, which the d.school is certainly pushing, has become meaningless bizspeak, unfortunately. If I hear the phrase “design thinking” one more time, I might scream.

Answering which designers or companies I’m into could get me into hot water. But there are champions of design in the U.S. I will happily sing the praises of, among them Alex Rasmussen of Neal Feay Company, Gregg Buchbinder of Emeco, John Edelman at Design Within Reach, Jerry Helling at Bernhardt Design, Rodman Primack and Alexandra Cunningham-Cameron at Design Miami, Meaghan Roddy at Phillips, Alex Gilbert, and the design gallerist Patrick Parrish.

In 2016, you published the book Tham ma da: The Adventurous Interiors of Paola Navone (Pointed Leaf Press). Do you have a new book you’re working on? What music are you listening to now?

How’d you know?! Yes, I’m working on a book with Phaidon, but I can’t say more than that … for now.

In terms of music, as always, I’m been listening to a wide range of stuff: Kendrick Lamar, Sampha, Andrew Bird, The National, The War on Drugs. And I just discovered this group called Orquesta Akokán. They only have two singles out, but so far, I’m obsessed. I’m also listening to podcasts quite a bit these days. My favorites are Fresh Air on NPR with Terry Gross; Recode Decode with Kara Swisher; This American Life, also on NPR, with Ira Glass; and Longform. I really, really admire the intimate interview approaches of Terry and Kara.

What’s your favorite food and drink?

The restaurant Vinegar Hill House in Brooklyn. Go for breakfast and ask for the pancake. For drinks, Long Island Bar, also in Brooklyn, tops my list.

What do you feel you give to New York City? And what, as a citizen, do you feel to get back from it?

I’m not sure what I give the city. But I definitely get more back from it than I give it. Though the Bloomberg-ification of New York has cleaned up the streets a lot, for better and worse, there remains a cultural pulse pushing through, and I’m never bored here. Sometimes, I’m definitely overstimulated, to my detriment. Maybe that comes with the territory of editing Surface more than it does living in New York.

Slowness is meaningful in your life. Where do you go to slow down?

When in New York, my apartment in Brooklyn Heights is a haven for me. On the weekends, I’ll go into the basement and play the drums for maybe 30 minutes or so, just losing myself in rhythm. A few years ago, the drummer Billy Martin told me to not overthink things and just pretend I’m just telling a story with beats when I play, and I’ve found that to be really effective advice. Or I’ll read. I love magazines—no surprise there, given that I edit one—and subscribe to The New Yorker, Vanity Fair, and New York. I also have a weekend print subscription to The New York Times. Two or three times a week, I’ll go on runs to Red Hook or through Brooklyn Bridge Park or across the Brooklyn Bridge.

The past few years, in the summertime, I’ve escaped to to an island in Greece, and in the winters I’ve gone on long ski weekends to Switzerland, Wyoming, and Colorado. Last year, I went on a trip to Japan, and that was life-changing. Staying at the Aman Tokyo hotel, spending a day with Masatoshi Izumi at the Isamu Noguchi Garden Museum in Mure, and visiting the Katsura Imperial Villa in Kyoto were highlights for me.

On my own private island. Just kidding. I’ll probably be doing some iteration of what I’m doing now: helping raise awareness about the fact that design impacts everything we see, touch, and do, and advocating for a world with more “Slow Design”—design that’s timeless and made to last, and done thoughtfully, with intent, and with care for our planet. The more people understand these things, the better off the world will be. Only when politicians, CEOs, and others in power actually know what design is will it truly have an impact. Designers can only do so much.

(The cover image is by Ogata)